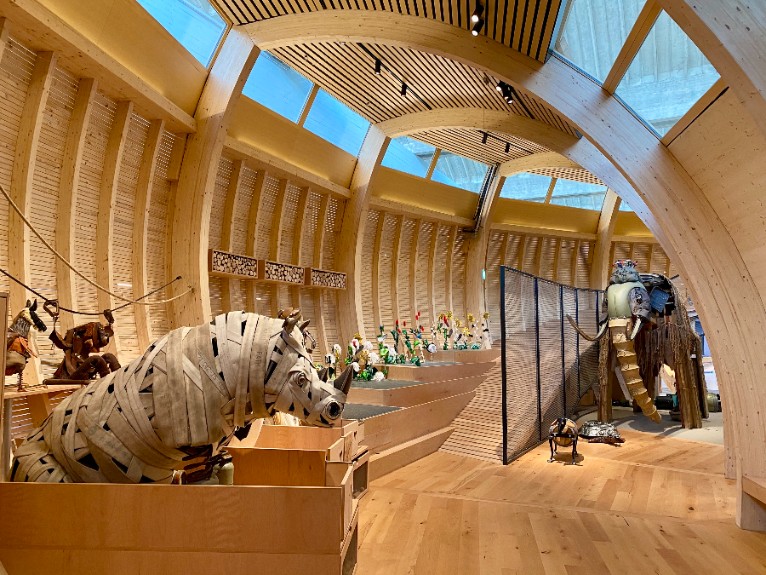 ANOHA — the Children’s World of the Jewish Museum Berlin designed by the American firm Olson Kundig Architecture and Design — officially opened to the public on Sunday, June 27, 2021.

Led by principal and owner Alan Maskin, ANOHA seeks to give the museum’s youngest guests a sense of hope and possibility through a world of imagination and play. Inspired by the pioneering vision of Noah’s Ark at the Skirball Cultural Center in Los Angeles, which underscores the importance of diversity, community, and second chances, ANOHA uses historic flood narratives as an allegory for engaging with important contemporary issues like climate change and resource conservation. 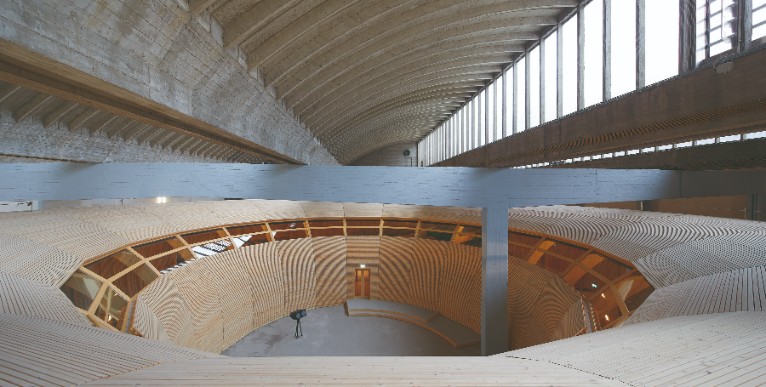 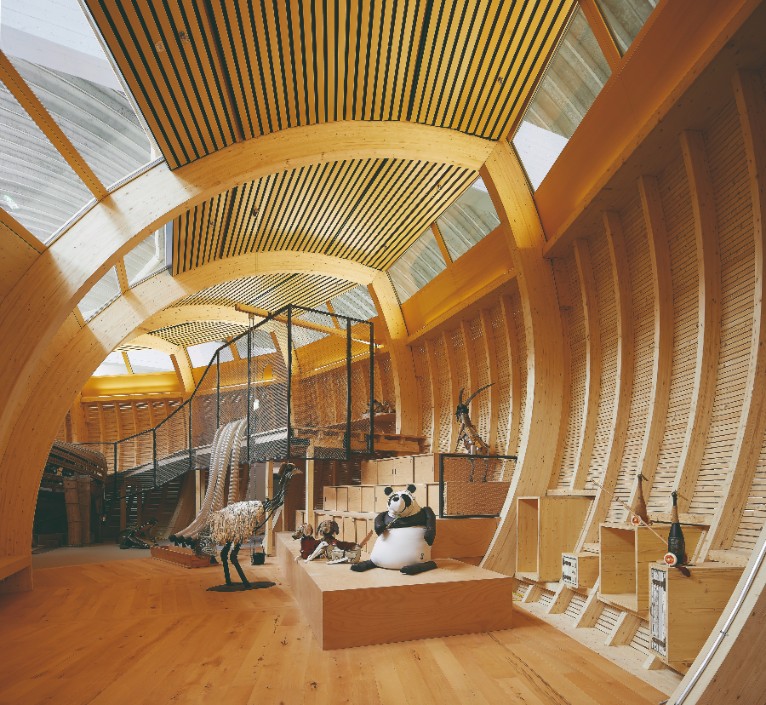 At the heart of ANOHA is a circular wooden ark, standing almost 23 feet tall with a 92-foot base diameter, populated by more than 150 sculptural animals made from found and recycled objects by a team of 18 German artists. The re-use and transformation of this existing building lowers the amount of embodied energy that would have resulted from demolition and new construction, and allows ANOHA to incorporate passive daylighting, ventilation and conditioning strategies, integrating sustainable design as a core element of the user experience. 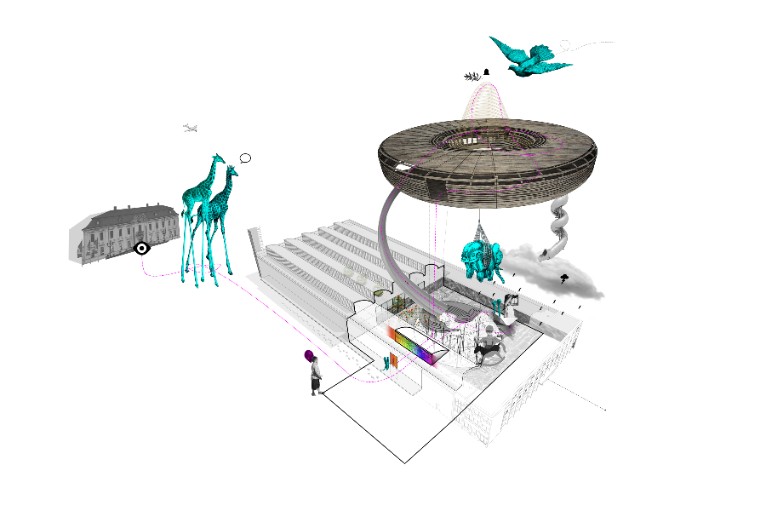 “From the earliest days of the design competition, we had ambitious ideas about what we hoped this project would achieve, both in terms of the design and the visitor experience,” said Design Principal Alan Maskin. “It’s often hard for those kinds of early ideas to manifest in the finished, built project, but I’m amazed and delighted by how much we were able to accomplish with the support and enthusiasm of the Jewish Museum Berlin, the pioneering vision of the Skirball Cultural Center that inspired this project, and the international group of partners and collaborators who helped bring it to life.”