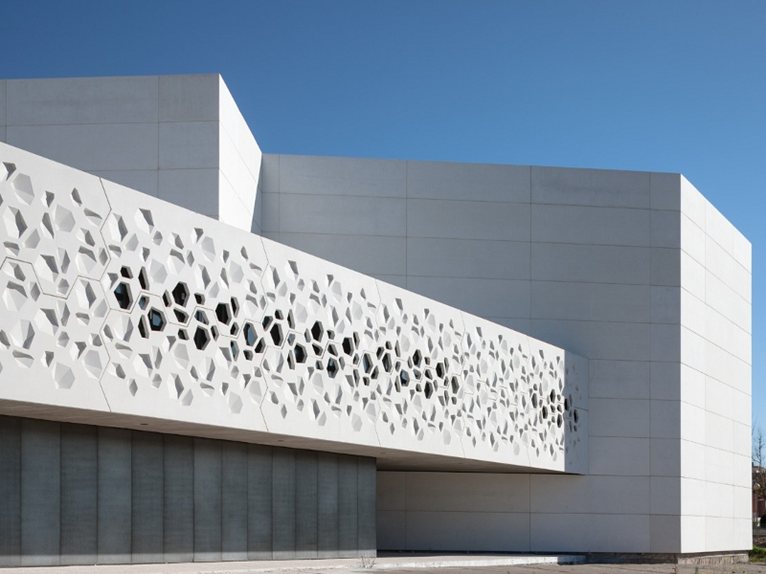 The Andalusian city of Córdoba has a new Centre for Contemporary Art. Designed by Nieto Sobejano Arquitectos, the concept of the Espacio Andaluz de Creación Contemporánea has its roots in the echo of Hispanic-Muslim culture that characterizes the city of Córdoba.

“Overcoming the supposed effectiveness and flexibility of the neutral and universal container, so commonly adopted today, we imagined a building closely connected to a place and to a distant memory, where each space can be configured individually, adapting it over time according to the spatial and functional requirements.”

“We have always admired the simplicity of the hidden laws of geometry with which the artists, the artisans and the builders of a Córdoba of the distant past were able to generate the multiple and isotropic space of the Mosque, the multi-faceted complex of domes and mocárabes, permutations of ornamental trusses, floors and arabesques, or rather, the rules and narrative rhythms implicit in the poems and stories of the Islamic tradition.” 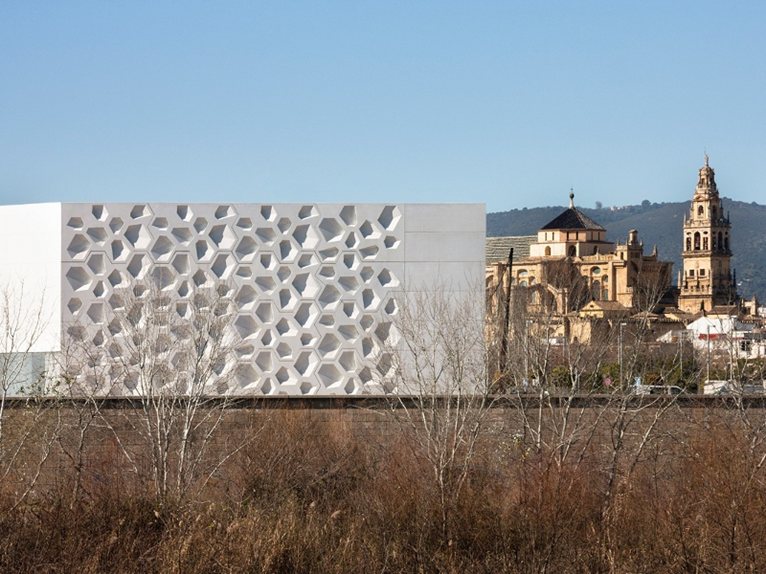 As well as those literary “structures” that narrate an endless story, a story within another and yet another, we conceived the project from a system, a law, generated by a geometric pattern on a hexagonal base, which in turn contains three different types of room (150, 90 and 60 square metres). Like a game of combinations, the permutations of these three 'spaces' generate sequences of different rooms which can eventually be combined to configure a single exhibition space.

The artists' studios on the ground floor and the laboratories on the upper floor are adjacent to the exhibition halls, such that there is not even a strict differentiation between them: it is even possible to exhibit in the studio, whereas the rooms can be effectively used as a space for artistic production. The largest room is designed as a performance space suitable for theatre performances, lectures, films or audio-visual presentations. 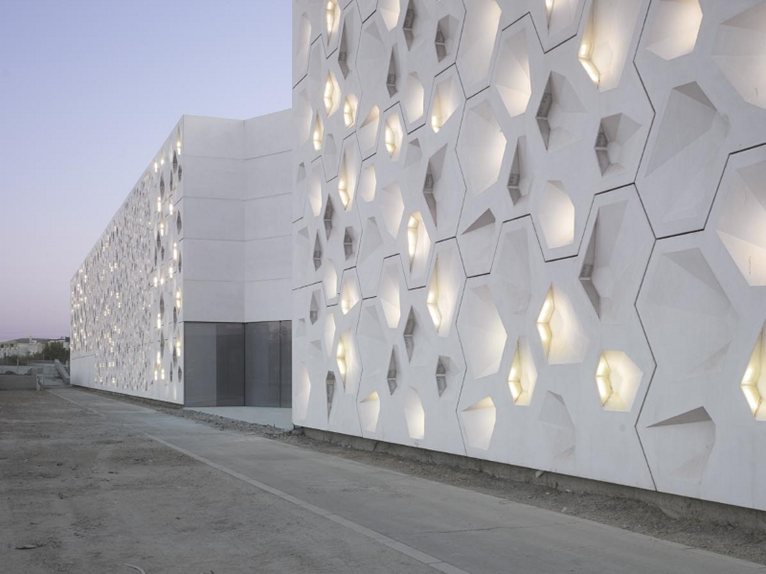 The Espacio de Arte Contemporáneo is not a 'centralized' structure: the centre moves from one space to another, it's everywhere. It is configured as a sequence of environments and is designed as a crossroads and meeting place; it a common space in which to exhibit and exchange ideas, admire an installation, go to exhibitions, enter the media library, wait for the start of a representation or even “peek” at the river Guadalquivir from a different viewpoint. 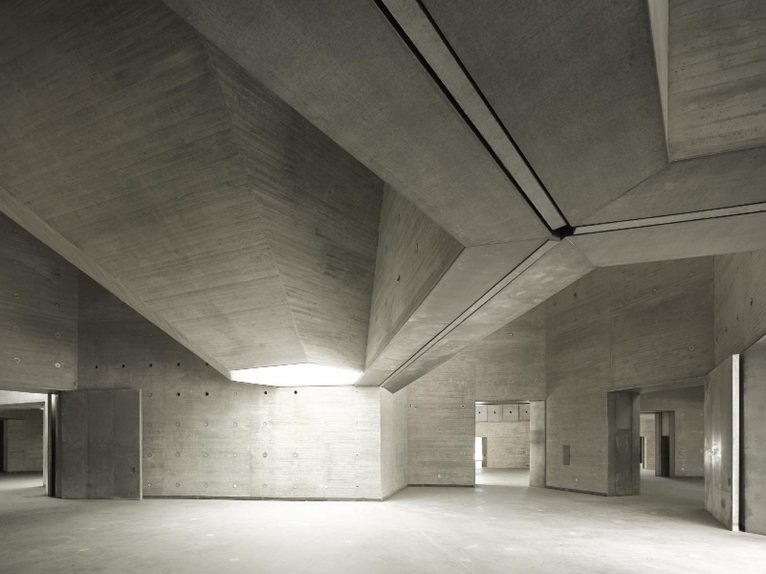 The materials, like the exposed concrete that entirely characterizes the interiors, help to emphasize the character of 'art factory' that permeates the project. 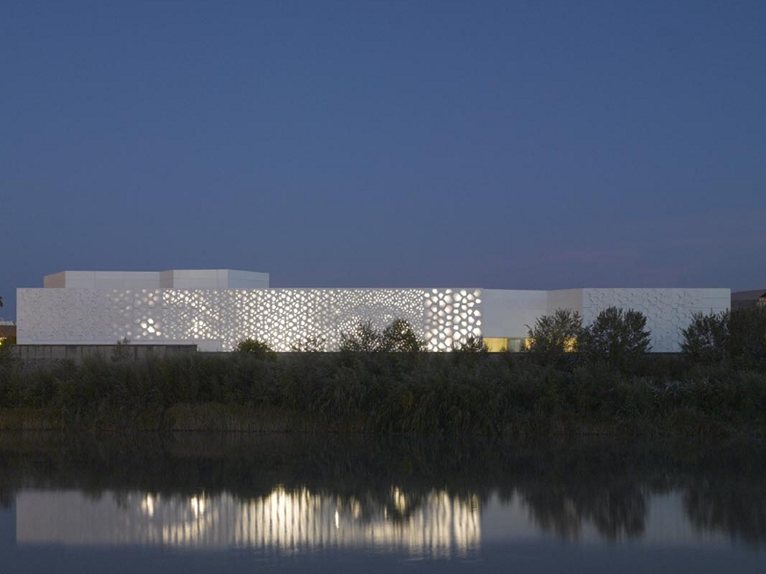 Outside, the building is expressed through a single material: precast GRC panels clinging to the walls and the roof. With the collaboration of the studio Realities:United, the façade on the river, the true protagonist 'mask' of the building, was conceived and designed as a screen perforated by numerous polygonal apertures behind which are positioned behind monochromatic LED lamps. By using a special software, images and texts are projected on the façade and reflected in the waters of the river. During the day, natural light filters through the holes and fills the interior space.