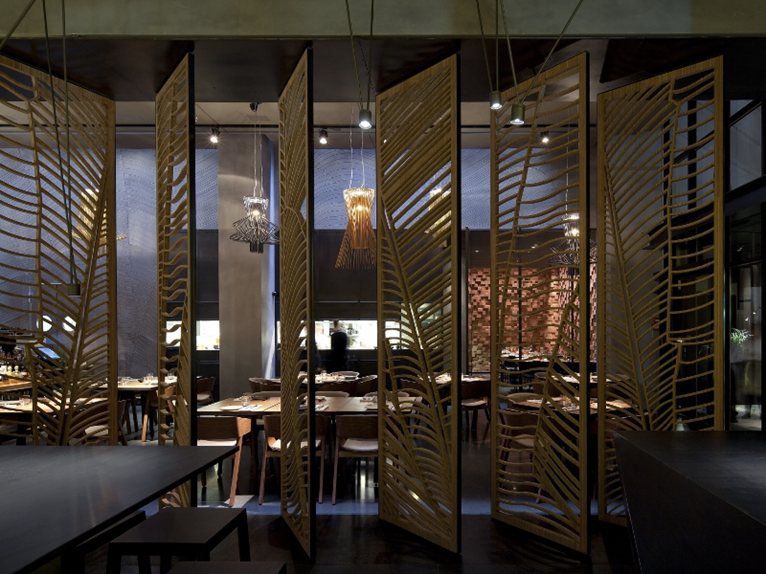 The restaurant Taizu - Asia Terranean Kitchen has opened in Tel Aviv: it was designed by the famous Israeli architect Pitsou Kedem and an all-female team of interior designers Sigal Baranowitz and Gali Amit. The concept of the interior is based on two main themes: the five elements of the ancient Chinese philosophy (Fire, Water, Metal, Wood and Earth) and the culinary make-up of the menu.

The flavours, textures and colours are based on chef Yuval Ben Neria's personal interpretation of the street foods of five South-East Asian countries: India, China, Thailand, Cambodia and Vietnam. The restaurant has been specially designed to offer the highest level of food quality, design and hospitality in an environment which is informal and accessible to all. 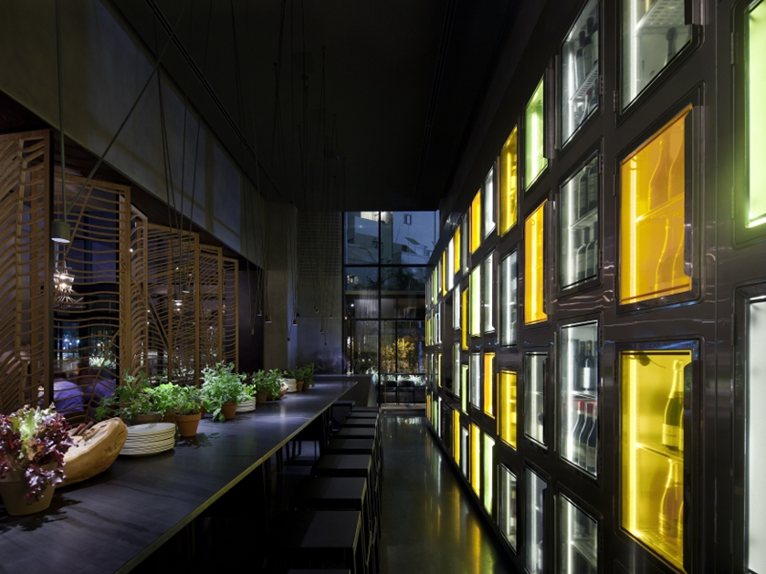 The interior evokes an Asian atmosphere without being traditional. A common thread links the design of the space with the trips the chef has made through the Far East and with the resulting menu. The organic shape and the texture of the banana leaves, for example, is found as a pattern on the concrete walls along the main axis of the space and on the swivel partitions. 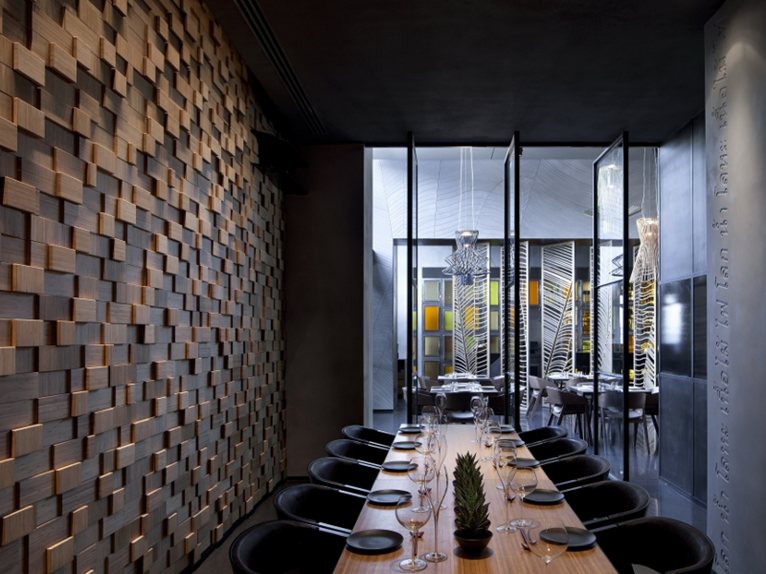 The space is divided into five main areas with seats of different types, from the most informal one with stools around a counter to those of the main dining room, which are more formal, adjacent to the open-plan kitchen that balances this feature, giving energy and a sense of movement. 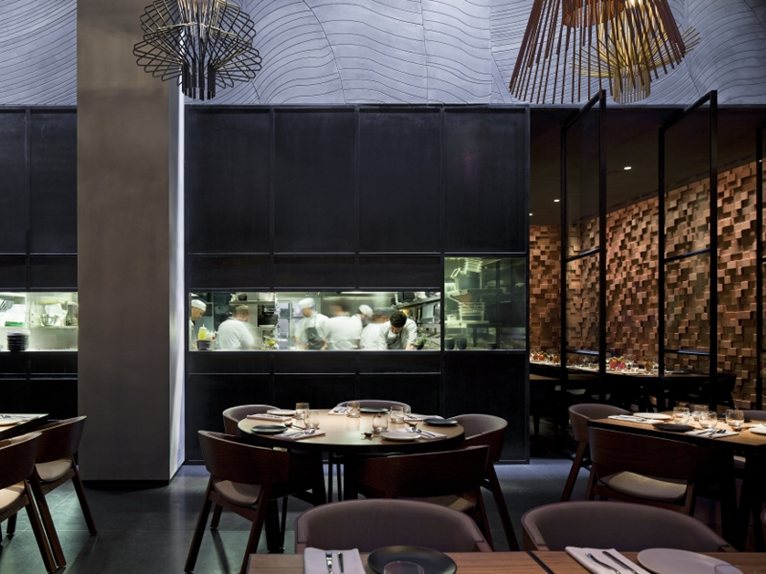 The chef room, separated from the main dining room by means of revolving glass doors, is a private dining room, but at the same time “open-to-all”. It is protected by two walls made of bamboo blocks that give the space intimacy and privacy.

The Taizu is complemented by a large terrace, furnished with black slate tables, custom-designed, and bordered by tall trees and fragrant lemongrass.