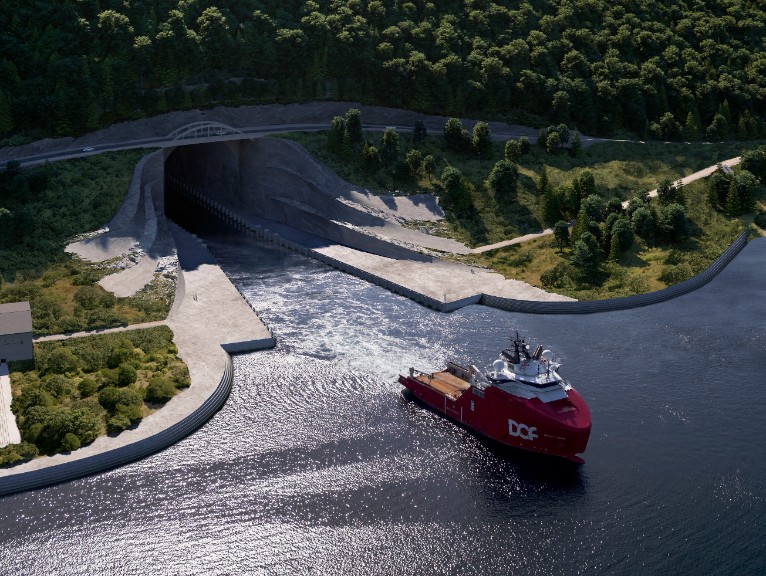 Snøhetta was commissioned to design the entrances of the world's first ship tunnel being built by the Norwegian Coastal Administration in 2016.

The project is now moving ahead, and the work will commence in 2021. If all goes to plan, the first ship will sail through Stad Ship Tunnel in 2025/2026.

The purpose of the tunnel is to improve navigability and safety of maritime transport around Stad. Stad Ship Tunnel will be 1.7 kilometers long, 37 meters tall, and have a width of 36 meters. This will give large vessels a safer voyage along the weather-beaten Stad Sea. 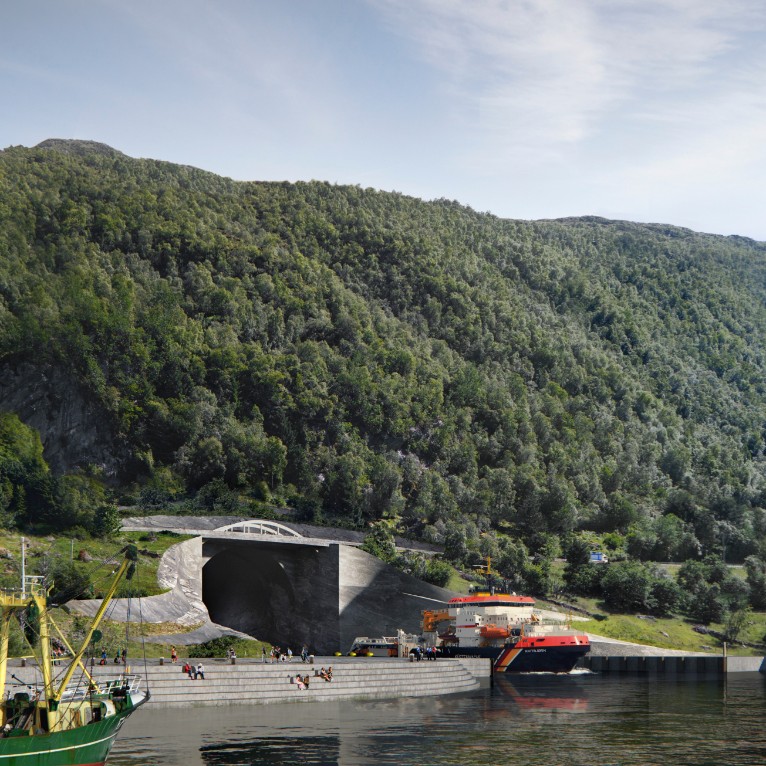 The Stad Sea is an exposed and dangerous stretch along the Norwegian coast. Challenging ocean currents and underwater topography create complex and unpredictable wave conditions. In combination with strong wind, this becomes a very demanding part of the coastline. High waves coming from different directions can create critical situations for boat traffic. The waves can stay behind several days after the wind has died down, making sailing conditions difficult even on days with little wind. 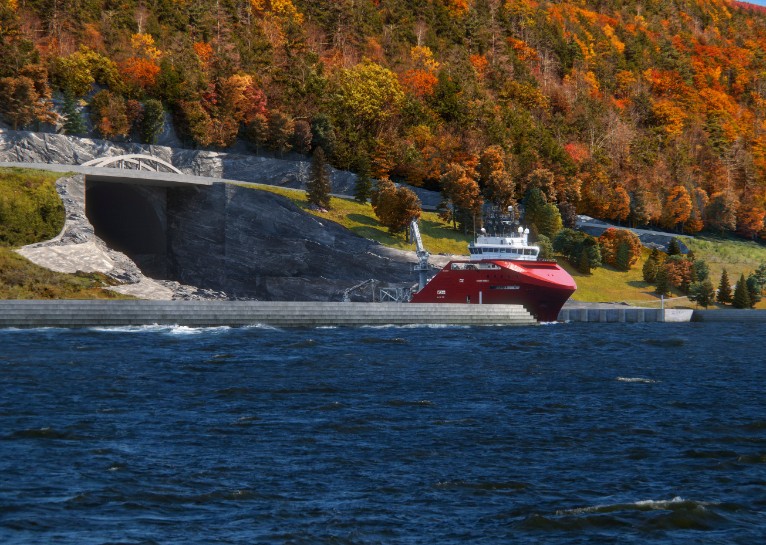 The design of the tunnel entrances focuses on merging the surrounding natural and cultural landscape with the tunnel’s large scale. The cultural landscape of the area is dominated by characteristic stone walls, forming clear lines in the cultivated forest. The stacked stone walls form soft horizontal lines, providing a nice visual impression as they blend in as natural elements of the landscape. 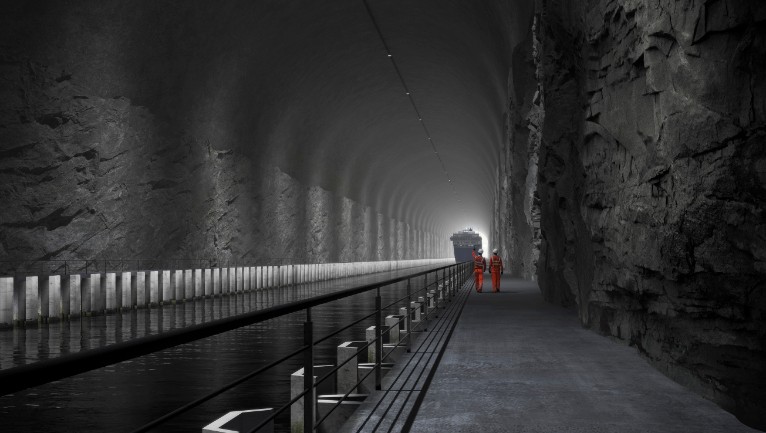 These stone walls are brought into the design of the entrances, creating slightly sloping terraces. The terraces are built on stone carved out of the mountain where the tunnel is created. Using wire-cutting and blasting, the terraces will have a naturally rough form within the precise geometry of the horizontal lines. In addition to creating a link to the area’s cultural landscape, the geometry is also highly beneficial for the structural stability of the portal. 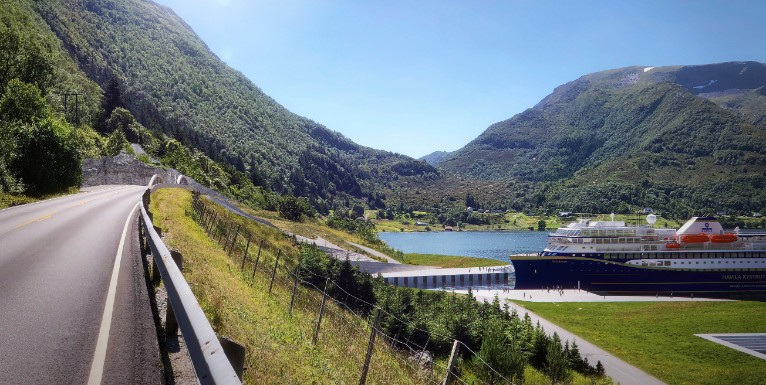