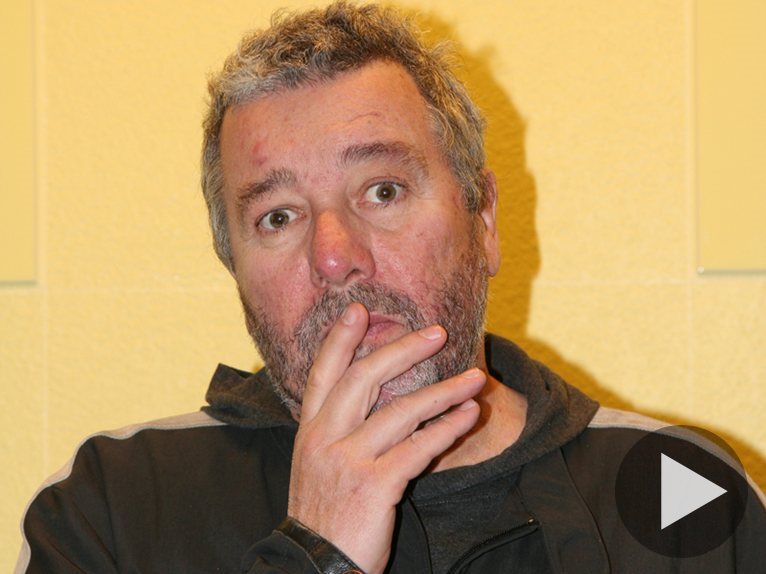 MILAN DESIGN WEEK _ The encounter between Philippe Starck and Ceramica Sant'Agostino gave birth to Flexible Architecture, a collection with a strong nature providing a new way to perceive the use of ceramics in architecture. The evolution of the collection, launched with a pre-view of the colours range extension at Cersaie last edition, has been protagonist during 2013 Milan design week of the exhibition <CREaTE> so Soft, so Hard, so Flexible in Triennale.

“My collaboration with Ceramica San’Agostino started with a drama. I was in Venice and I fell down from my bed because of earthquake. I turn on the TV and I saw Ceramica Sant'Agostino ceramics factory. O my God I said, they’re my friends! And I thought: we’ll die or we’ll make something stronger. And we made something really stronger: we invented a new idea, a new “flexible architecture”. It’s a new revolution that looks very simple – he explains – but nobody did it before”. 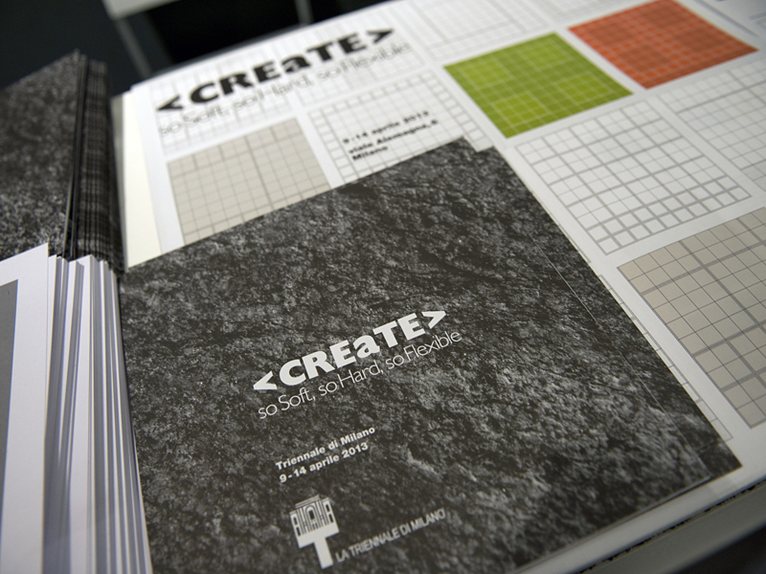 With flexible architecture, ceramica sant'agostino the tile abandons its traditional function of decorative covering and stands out as an integral part of architecture. The joint, which until today represented something to hide and eliminate, with this collection takes up a new different, material and physical feature by becoming itself a modular decorative element.

«It’s only the beginning of an infinite potential, of a new creativity to serve architecture and architects.- declared Philippe Starck – Finally, I discovered I can exaggerate the joint and enhance it on one side, on two sides, on four sides in order to create an innovative architectonic subject. With texture, without texture, with matt, glossy: finally I can make a precise architecture for the covering and the floor.» 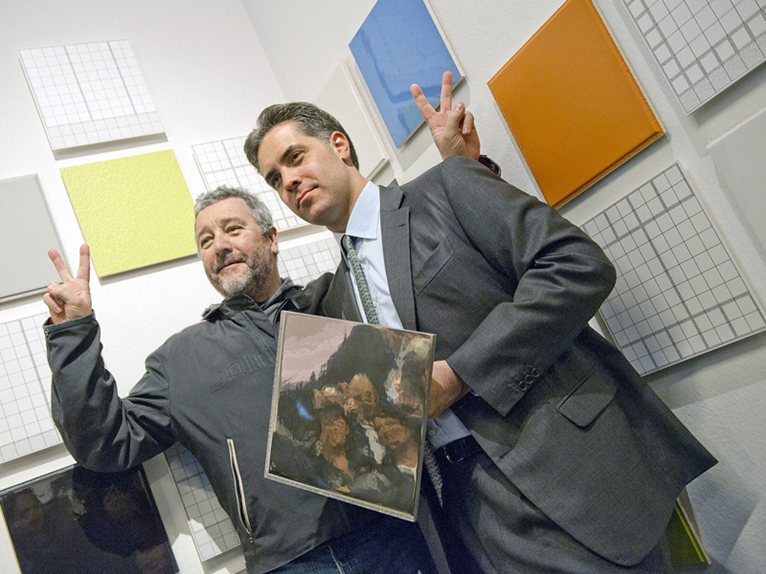 FLEXIBLE ARCHITECTURE is not just a simple collection, but a real architectonic system that, thanks to the wide combination of different thickness, surfaces, joints, finishes and colours offers the designer endless composition possibilities. The joints, now an integrant part of the tile system, can be on four sides or on one side, on two sides or on three sides, or on no side at all. 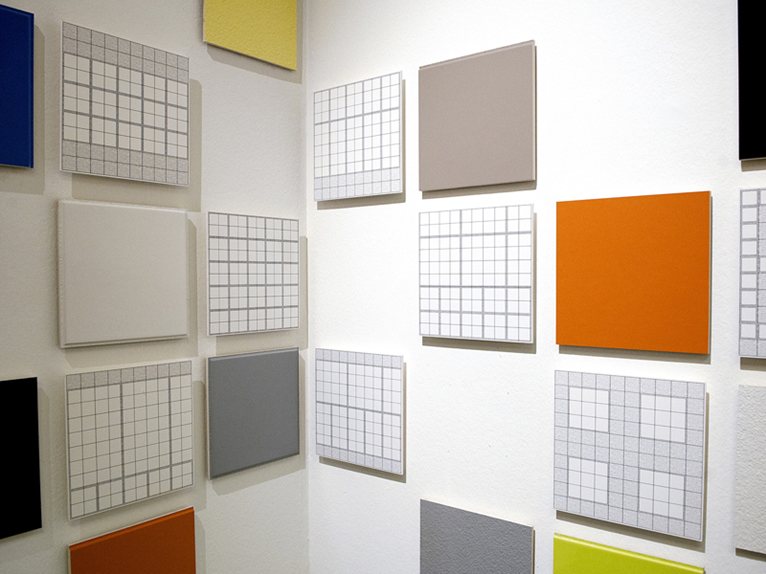 The different colours, all in plain shade (grey, white, yellow and greige) combined with the two finishes – one in matt effect (silky) and the other one with glossy effect (liquid)- open a new and unexplored territory in the designers’ imagination. 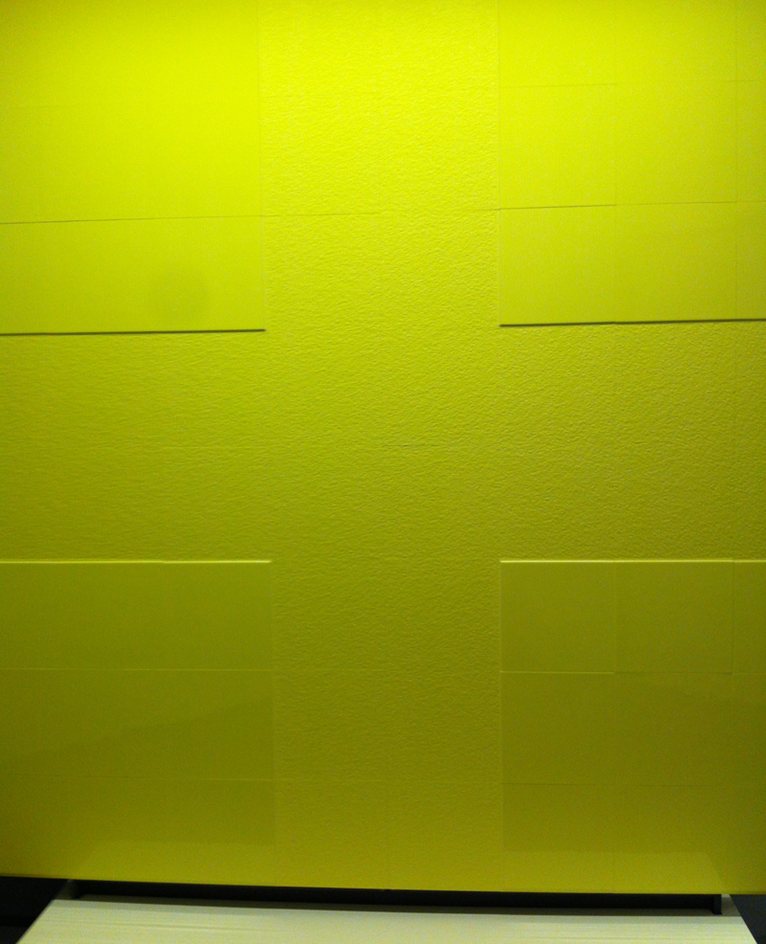 The world of ceramics granted Starck a 'slow' product, which goes beyond the fading trends, able to overcome undamaged the adversity and the wear of time. A product to accompany each person over the years and projected into the future thanks to its longevity:

“Ceramics go everywhere because their mix is timeless. You can see dirty buindings in stone, but always new buildings in ceramics. Longevity is important. Ceramics is the right products because architects can play, can display their creativity by doing what they want”.

“I chose Ceramica Sant’Agostino because I love “right” people. You cannot expect to have the “right” product, the honest product, the quality product, if the people are not like that. ceramica sant'agostino is an ethical company: they are very concerned about everything well done, ecological, honest, rigorous”. 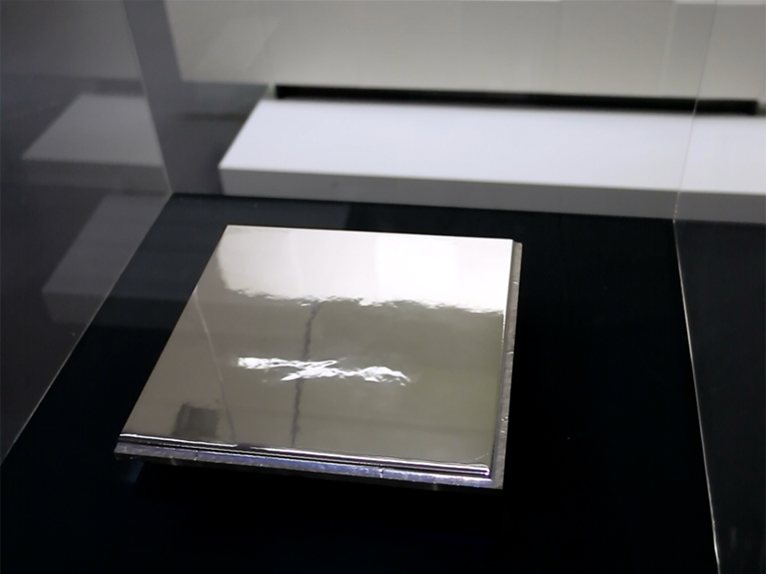 <CREaTE>, running in the Galleria dell’Architettura at the Milan Triennale – housed in the rooms designed by Gae Aulenti – is a genuine manifesto of this sort of quantum leap that changes how we consider ceramic tiles in an irreversible process.

The exhibition follows a path – taking in two rooms – accessed across a promenade, where visitors are greeted with Philippe Starck’s first words describing the creation of FLEXIBLE ARCHITECTURE: I chose to design a ceramic product because I love beautiful stories. I imagine the first man, the first woman, who took some mud and some water mixed together and then put in the fire, in a oven, suddenly, assisted to the miracle of this beautiful material taking shape. This is beautiful because it is because it’s aristocratic, noble, because it’s the story of the humanity, because it’s intelligence, the genius of humanity.

The first room is a tribute to the origins of ceramics and the four elements - earth, water, air and fire – that form the basis of this extraordinary material, as ancient as humankind. At the centre of the space stands a special cement mixer, blending all these elements together with a huge blade and making the clay, or rather, the mud – as Starck calls it – that lends the entire project its form. It is a old magic spell, repeated day after day, almost announcing the revolutionary magic of FLEXIBLE ARCHITECTURE, that visitors reach though a narrow and mysterious, almost secret passage. And here, in the second room, the product is finally revealed: an idea turning mud into architecture. The ideas of Philippe Starck become a physical path, space, language. At the centre, the incipit housed in a museum display case: The first tile in the collection, the forerunner of all the other versions, displayed in their various possible colours and compositions in this space. 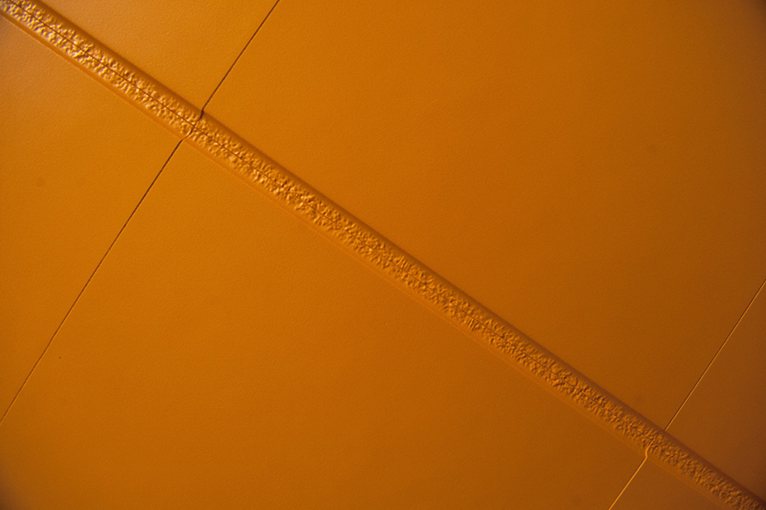 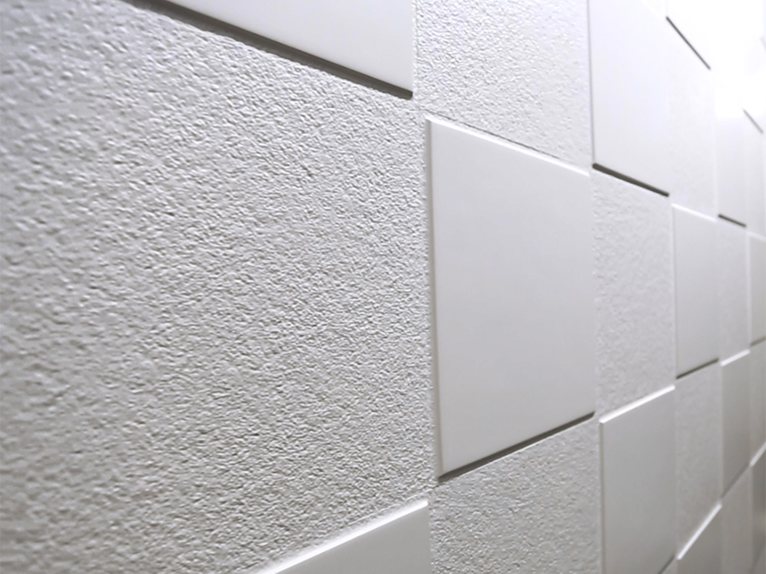 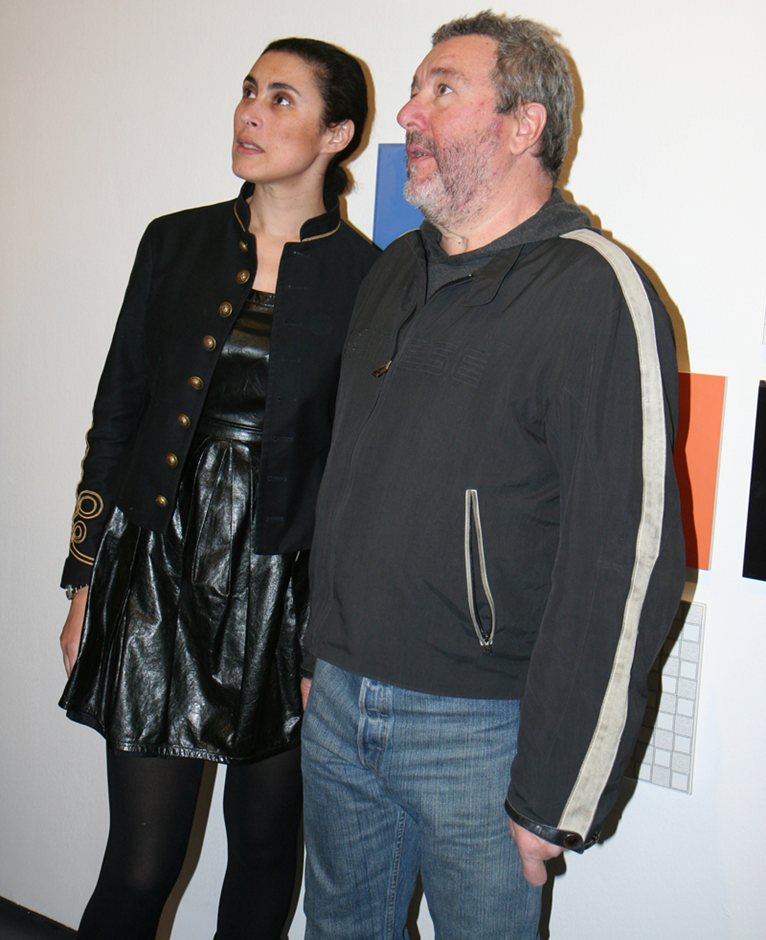