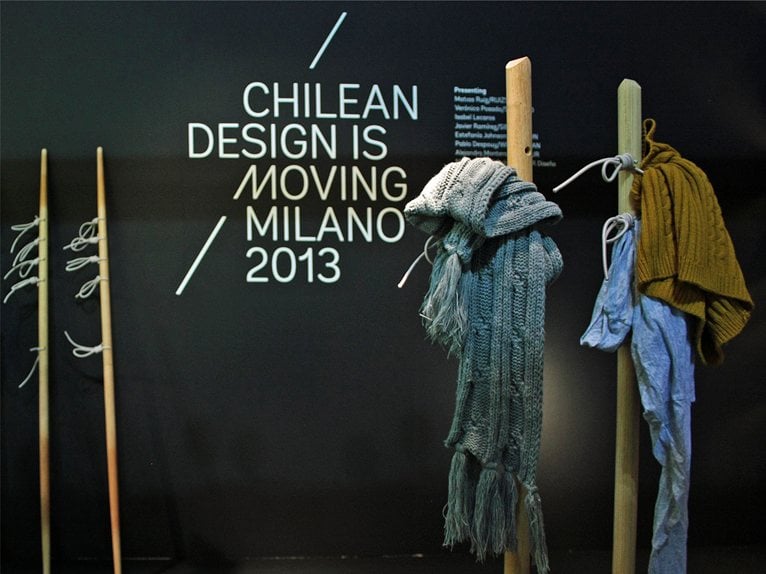 MILAN DESIGN WEEK_One of the most interesting and creative stand visited at Salone Satellite during the Salone del Mobile certainly was the Chilean one. Chilean Design is Moving is a selection of products that represent the diversity of different points of view and materials that constitute Chilean design.

Movement, exploration and use of their natural resources given shape to the exhibition featuring eight distinguished designers: Matías Ruiz – that won a special mention of the award, Wenchuman, Estefanía Johnson, Verónica Posada, María Jesús Fernández, Javier Ramírez and Alejandro Montero. Through their works, the visitor discovered the value of copper, native types of wood, salmon leather and steel, as well as the will to express and make based on the new approaches inspired by the local context.

We perceived the importance of the design as a differentiating factor in the global context that can strengthen the country’s identity. Chile is a country that, although very isolated geographically, has extremely valuable natural resources and compelling them to make the most out of their own resources, this isolation and richness is their strength. 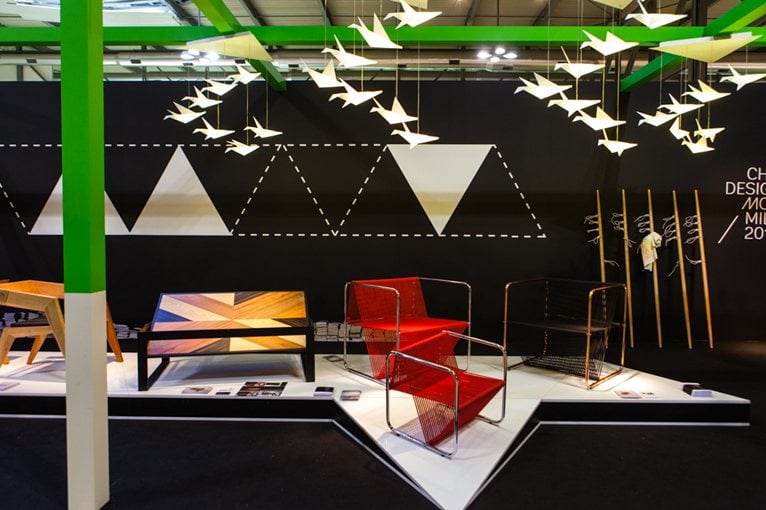 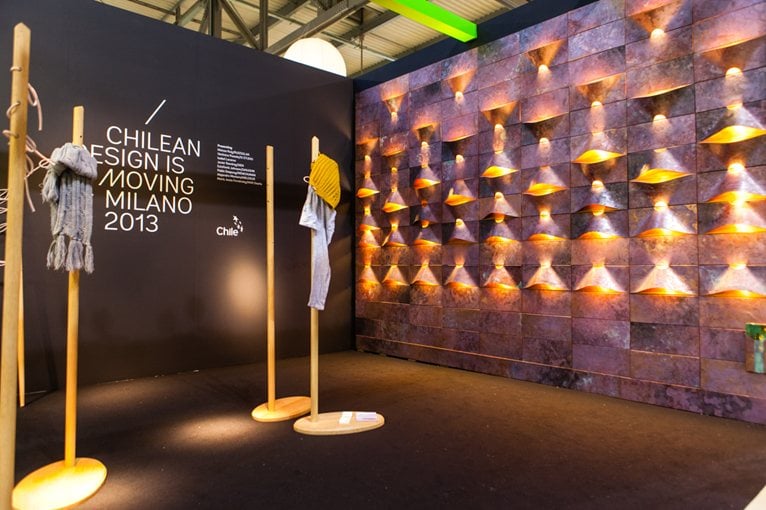 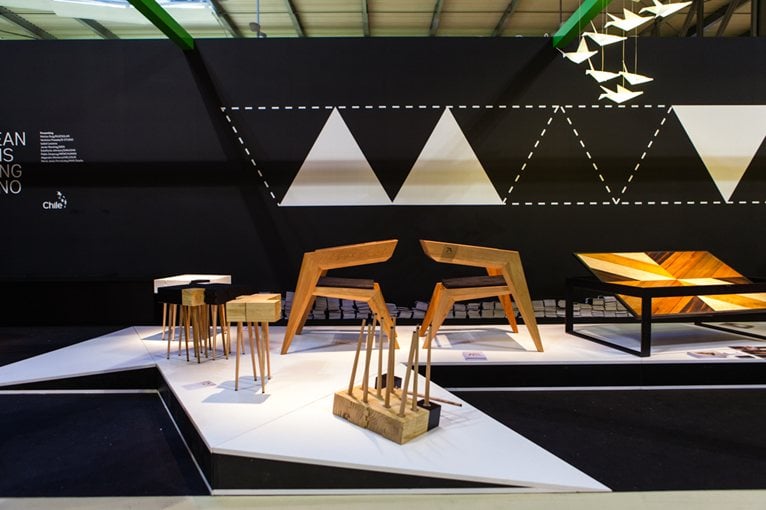 Matias Ruiz is focused on the development of architecture and construction projects in the public and private sphere. His designs show a clear preference for the simplicity and exaltation of form.

His wooden lamp 'Stick 210' won a special mention during the Salone Satellite Award. The lamp performs functionality and aesthetics capturing the requirements of a contemporary style in an original way. Also the concept for his 'm100 chair' arose out of a desire to create a piece of furniture that uses two elements: metal and climbing rope. The first is intended to provide the basic structure that supports the second, in other words a rope that supports the body through an ergonomic shapethat invites sitting. 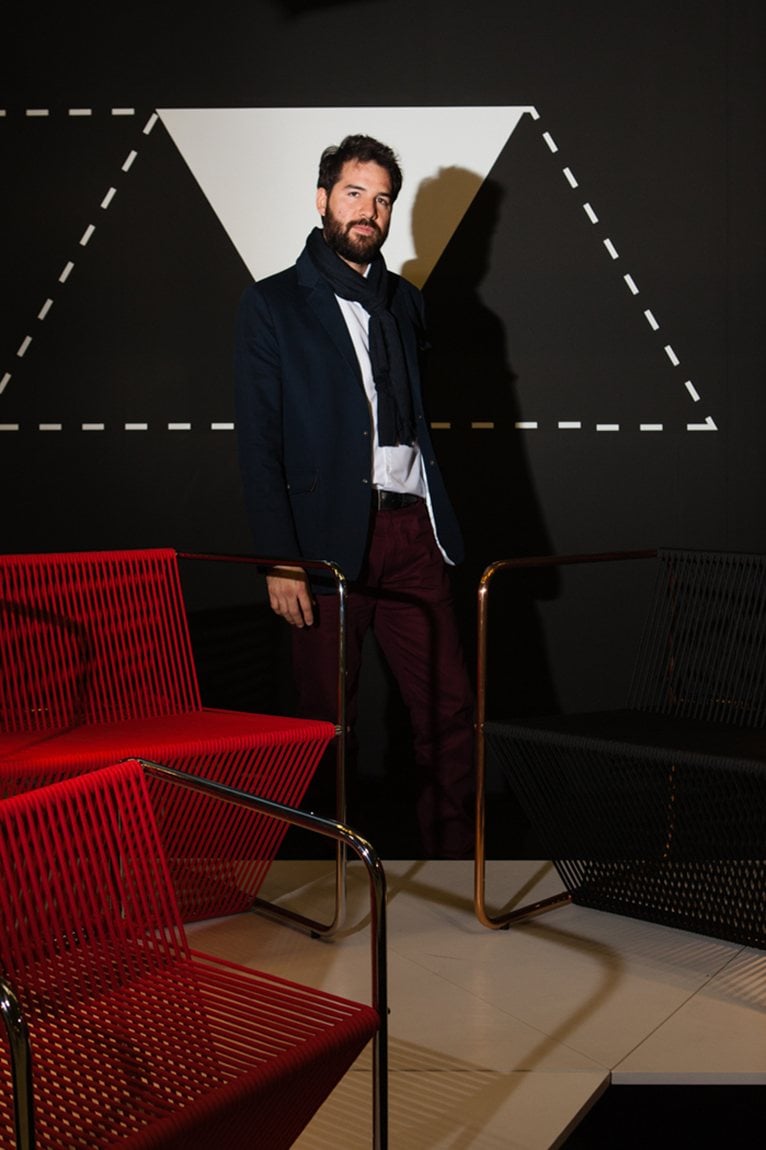 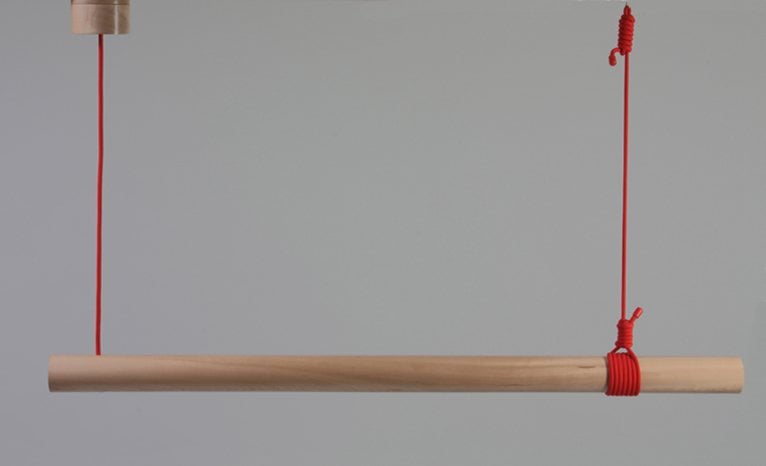 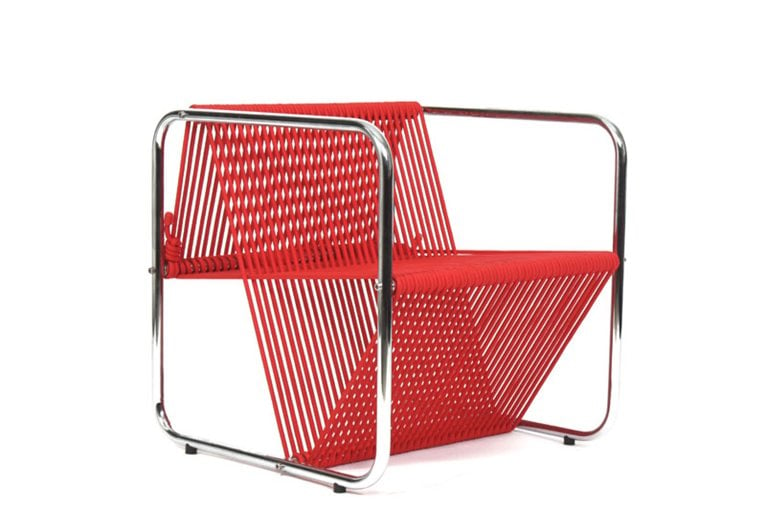 Wenchuman finds his inspiration in the work being done to find solutions to the conflicts facing the Mapuche tribe (originally from Chile), the Israeli – Palestinian situation or the indiscriminate felling in the Amazon. His work inquires into the roots of these problems from the view point of identity construction. His Sinfìn (infinite) table is assembled in the same way as Lego, meaning that it can be used as a centre, side or corner table and be built up and taken down by adding or subtracting modules. The table becomes thus a game played in an interior space in continual renovation and use. 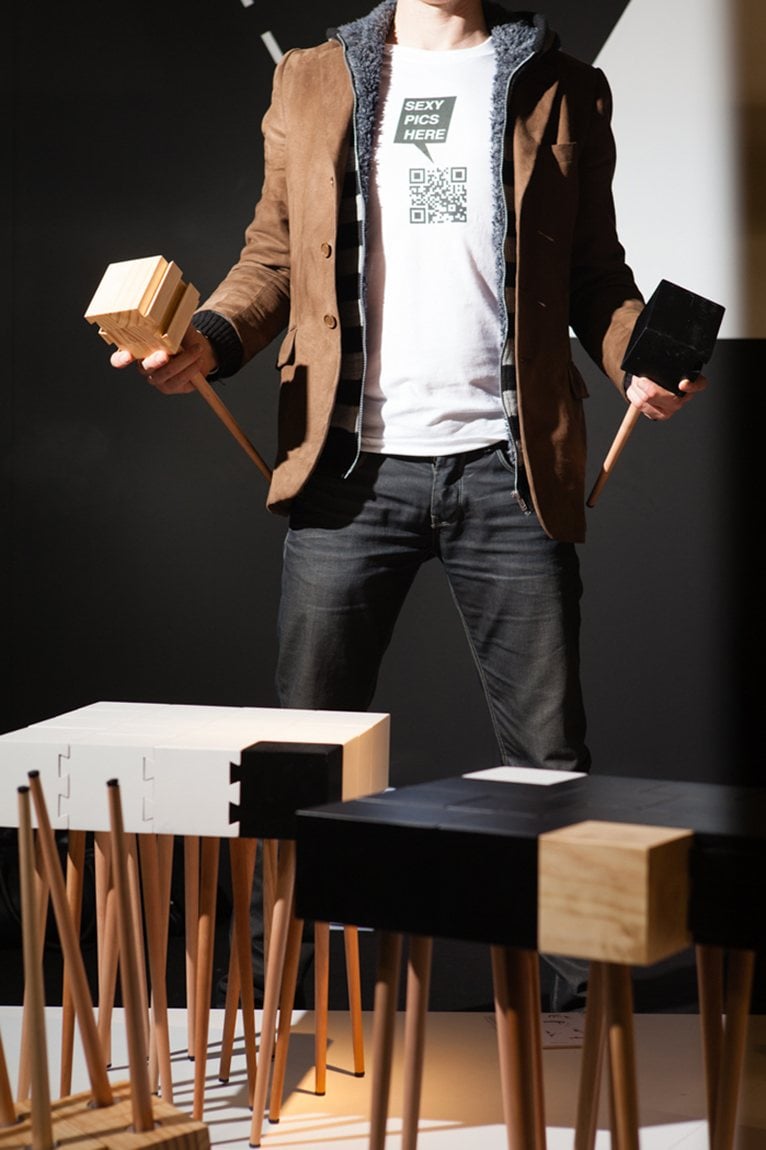 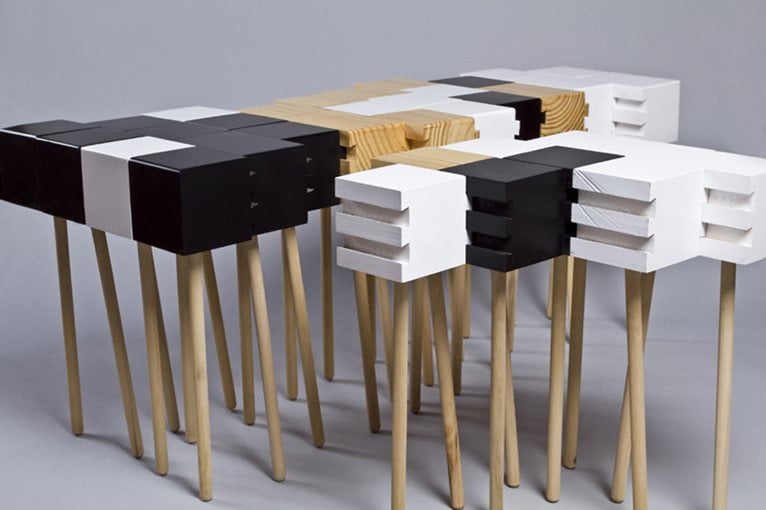 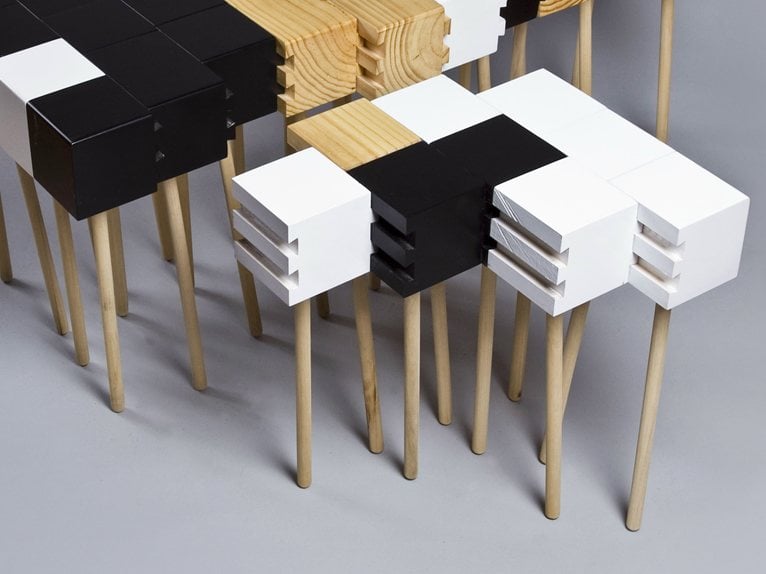 Estefania Johnson develop their designs from copper, the number one world-wide producer of which is Chile. Her project is named Lum, a wall covering system made out of copper with in-built light units designed to fit the user’s needs. The system creates marvellous textures with greenish and ochre colours blending and traversing the total surface in order to achieve a grand pictorial effect of lights and shadows. Its use can be varied to fit smaller installations that can be easily hung on the wall. It also comes as an individual piece that can be used as an original and stand-alone lamp. 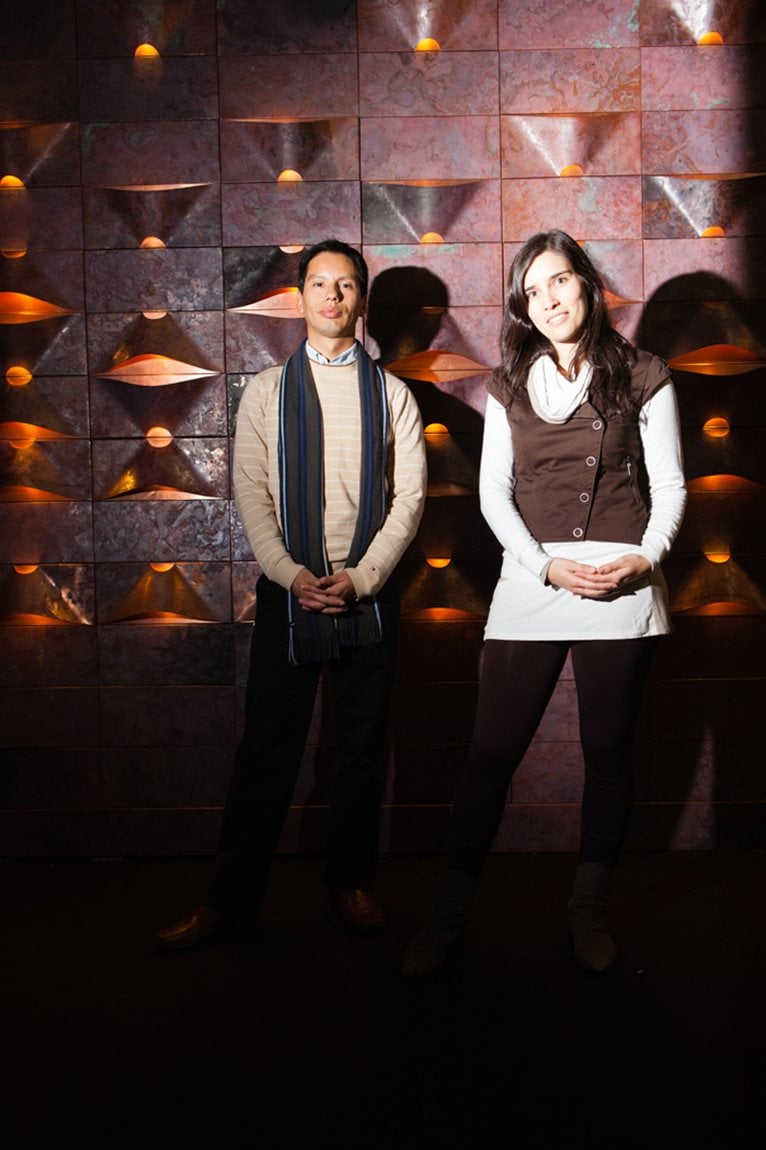 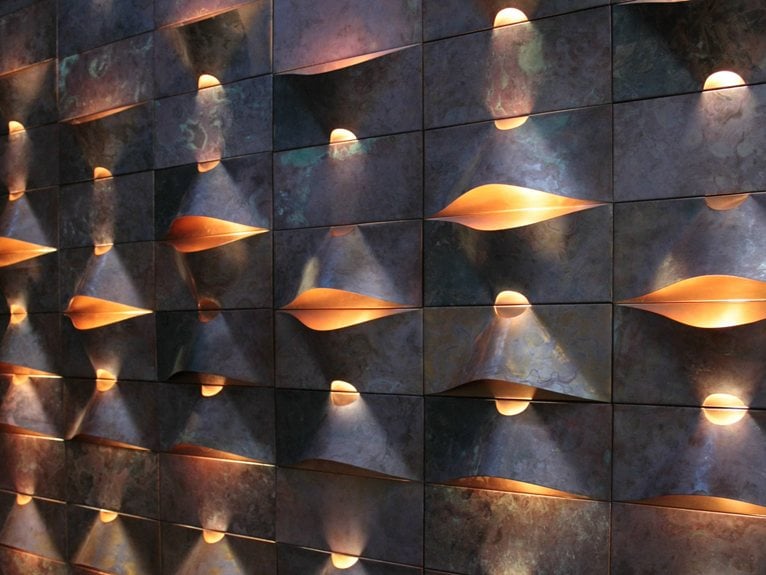 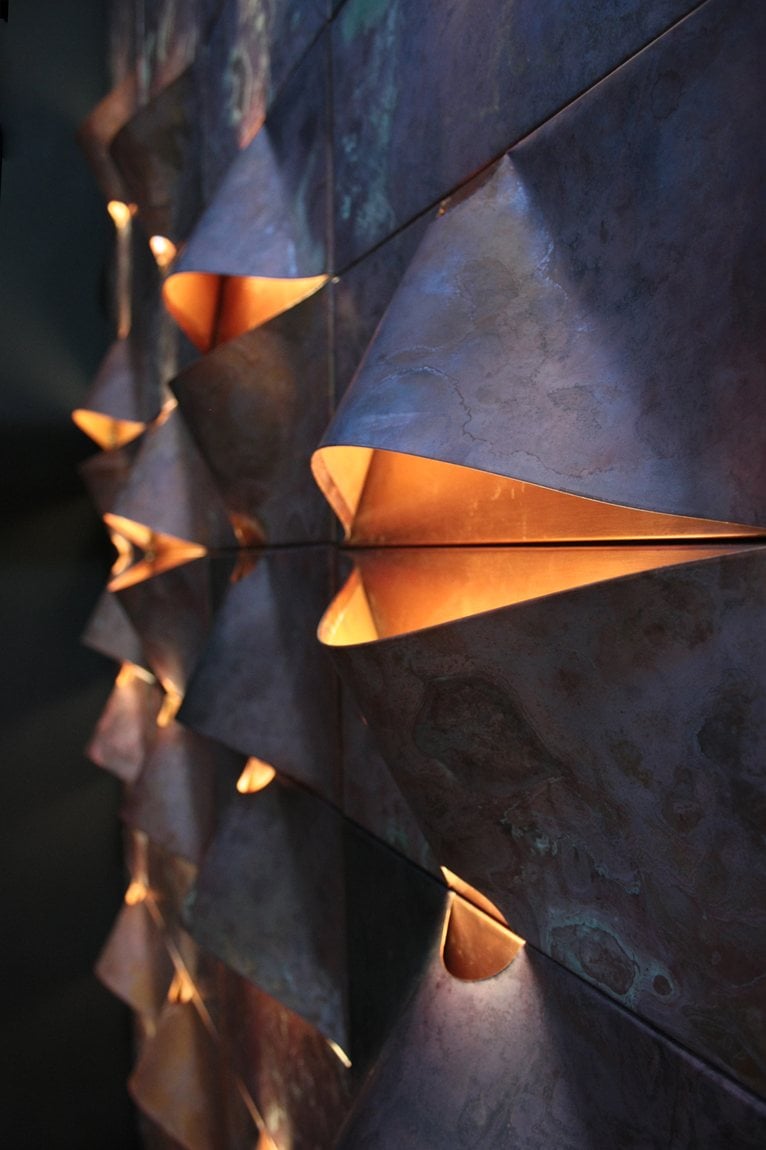 At Chilean Design is Moving's stand, Veronica Posada presented Migration, a lighting object for ceilings inspired by the flight of migratory birds. The central element is a bird with its wings spread out whose design was inspired by origami and paper folding. The figure is made out of glossy acrylic with an LED plate that creates an overall luminous effect. The concept for this lighting object is based on the beauty of lightness and the environmental awareness of its energy saving feature. 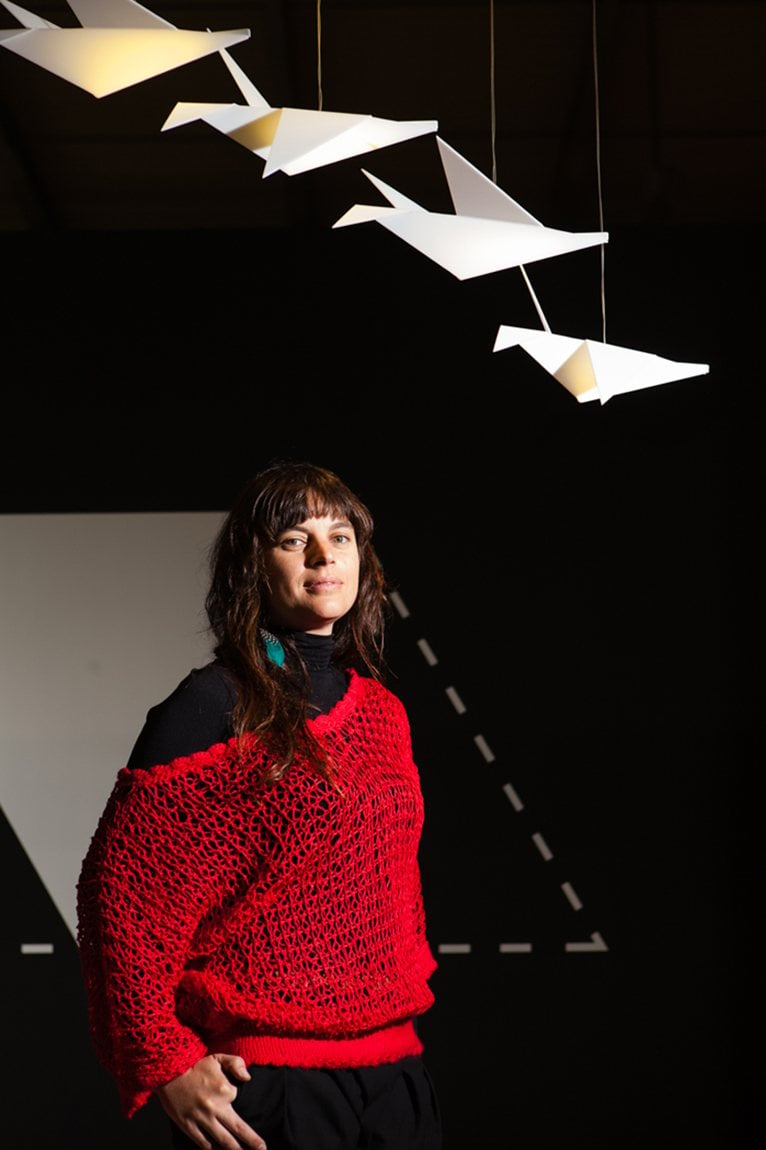 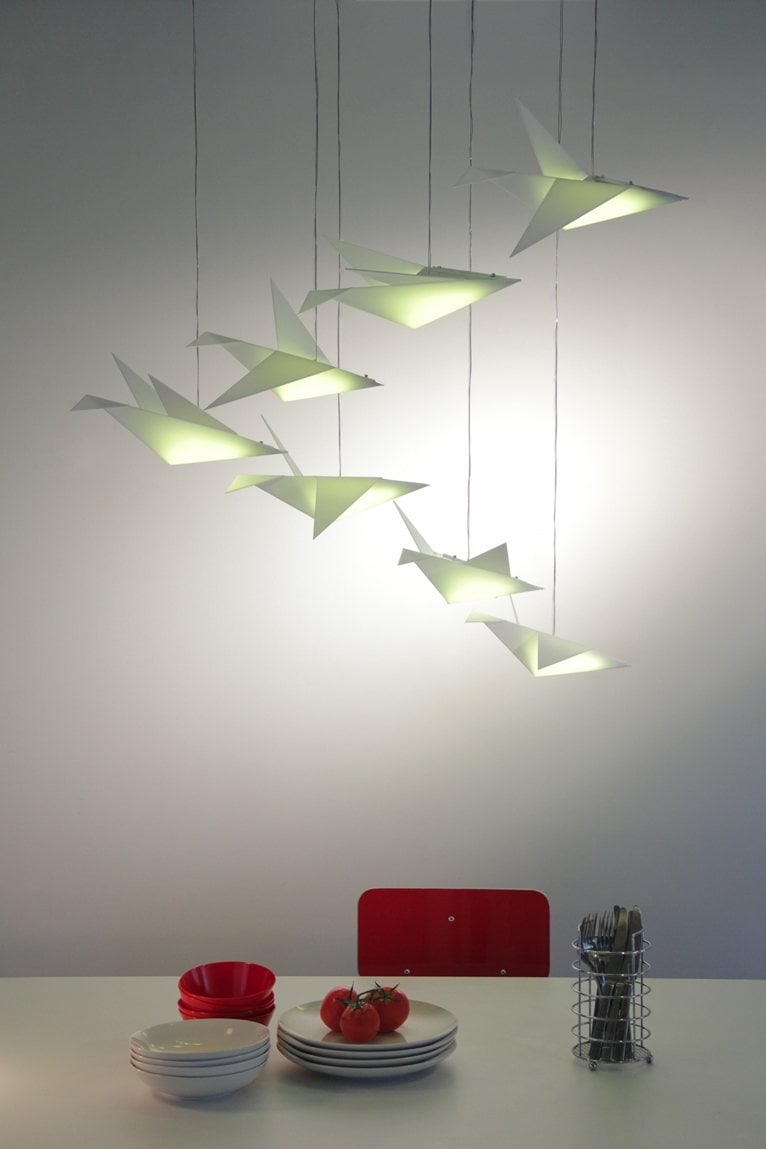 Maria Jesùs Fernàndez  presented Mesa Tres that represent the most complex piece in this family. Its surfaces are designed to be assembled together and consist of four components: diagonal and perpendicular legs that fix themselves to the table top when this is inclined to one side, a movement that locks the mechanism in place. 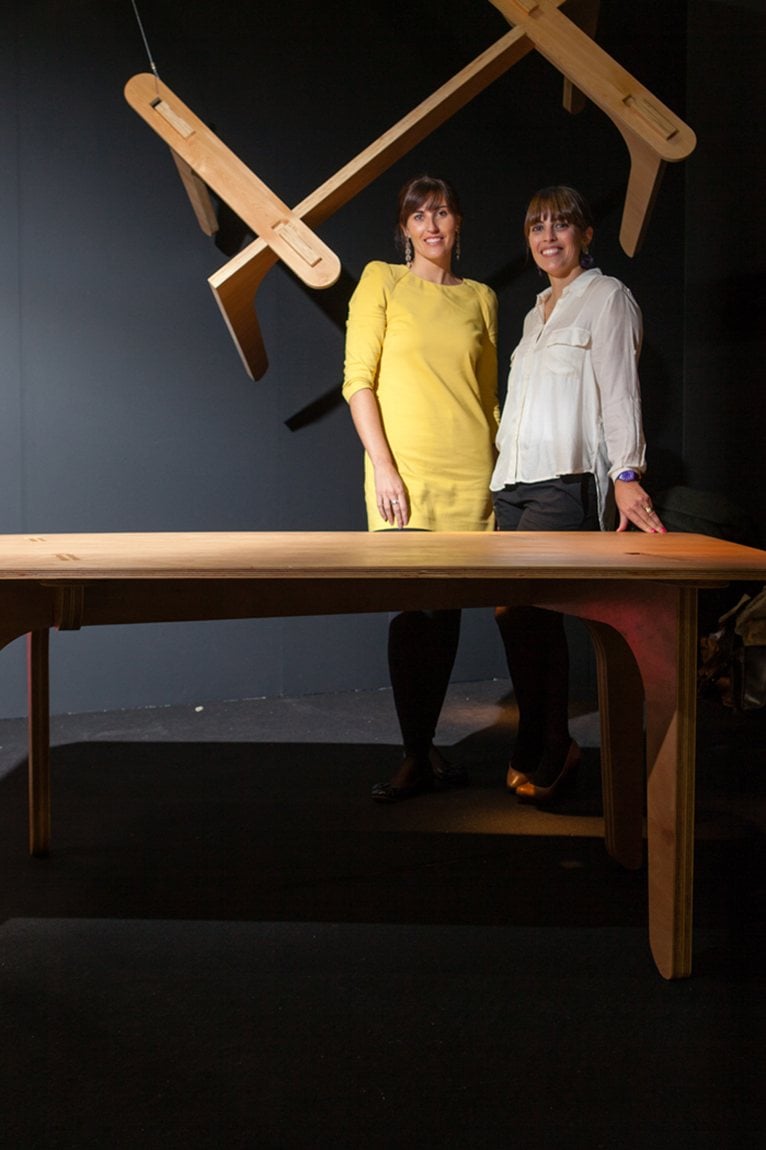 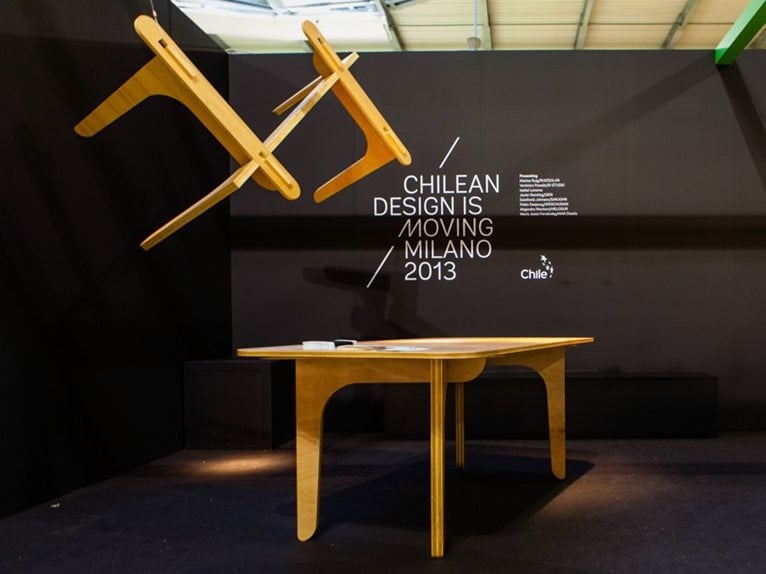 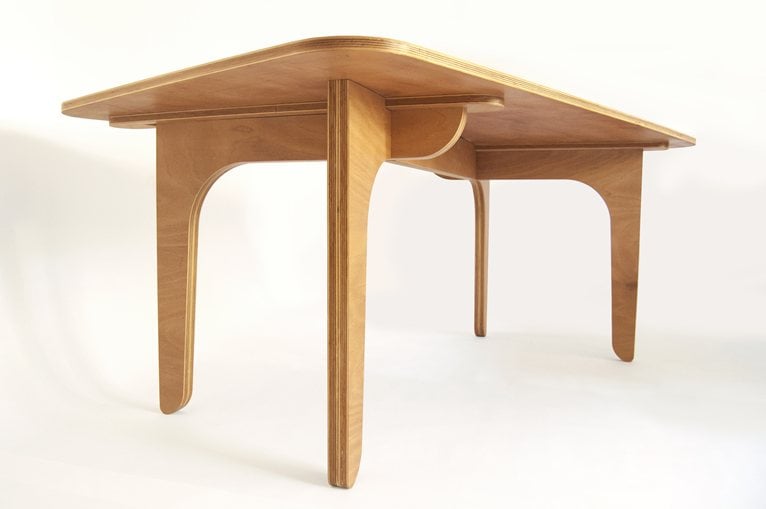 Alejandro Montero is the industrial designer of Hielosur, a furniture and interior design company characterised by its constant search for new materials, forms and functions inspired by Chilean national identity and the diverse geography and colours of its land spanning arid terrains in the north and frozen ones in the south. Dual is a centre table with a reversible table top design capable of generating changes in an interior space. It is made of out electron steal with a reversible mdf table top whose veneer creates geometrical compositions through the use of different colours and textures that offer a choice of two table top designs. 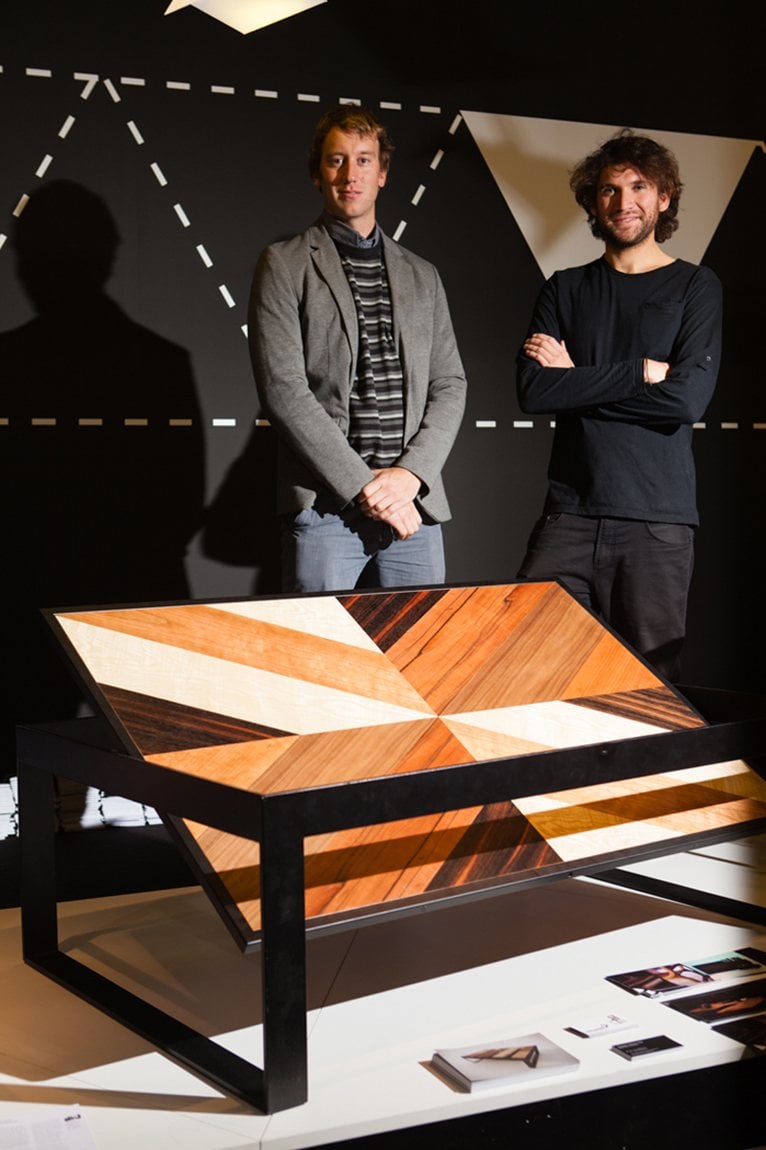 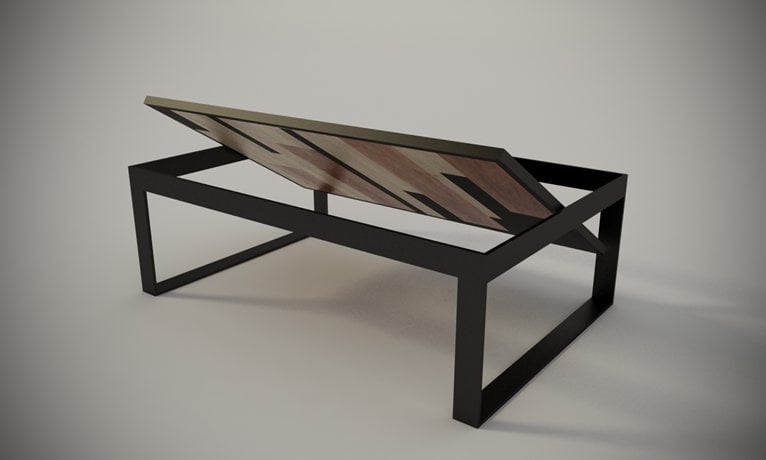 Javier Ramírez is partner of SIEN, a design studio that is active in furniture, interior design projects and tailor-made services aimed at satisfying customers. With a multi-disciplinary team, it defines itself by its commitment to the development and production of conceptual and innovative design which aims at producing unique and differentiating values. The 2R chair is made from 100 years old lenga and oak trees found in Tierra del Fuego, Chile’s Patagonia. The use of this wood is controlled by standards aimed at preserving native Andean – Patagonian forests. The seat is made out of salmon leather, a fish that is farmed in this southern part of Chile. With a minimalist and contemporary design, simple and pure lines manage to recover the techniques of a traditional wood chair maker. Anchored in two elements, it allows materials to unite and draw a silhouette that while appearing fragile, is functionally stable and very comfortable. 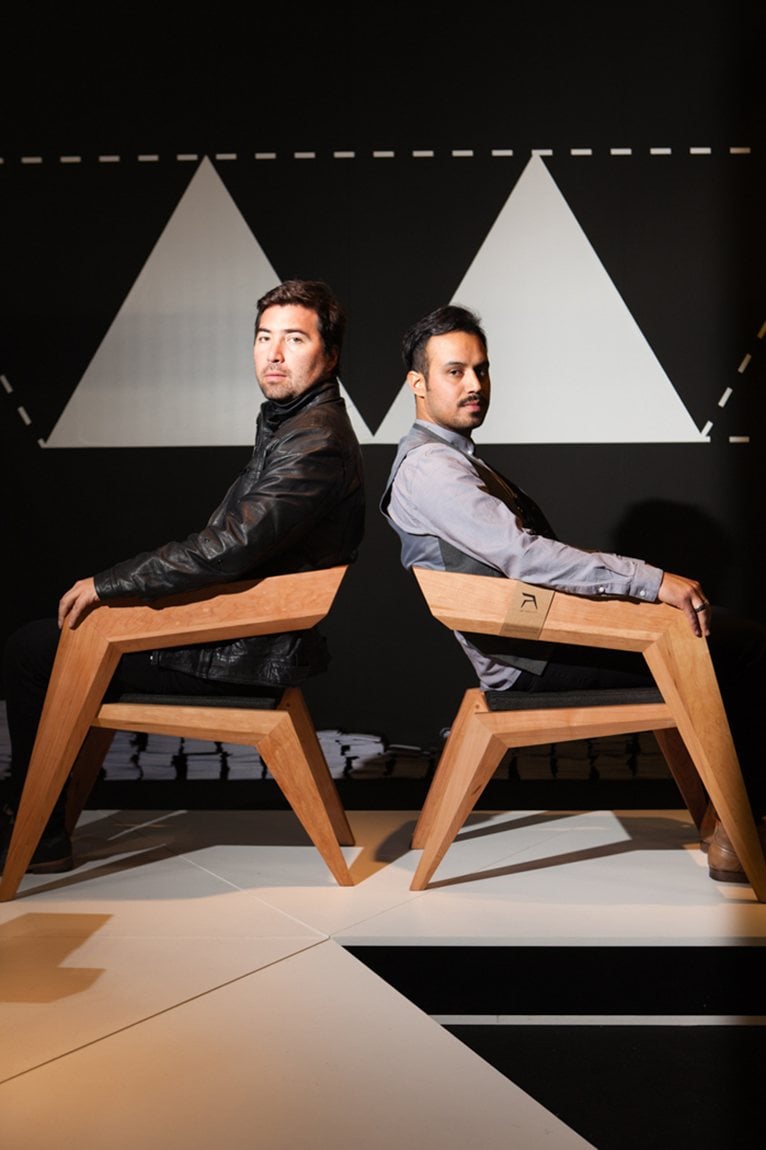 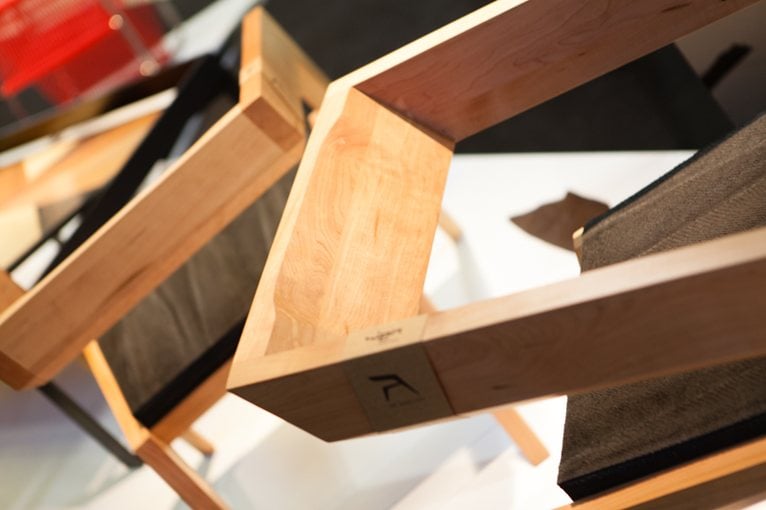 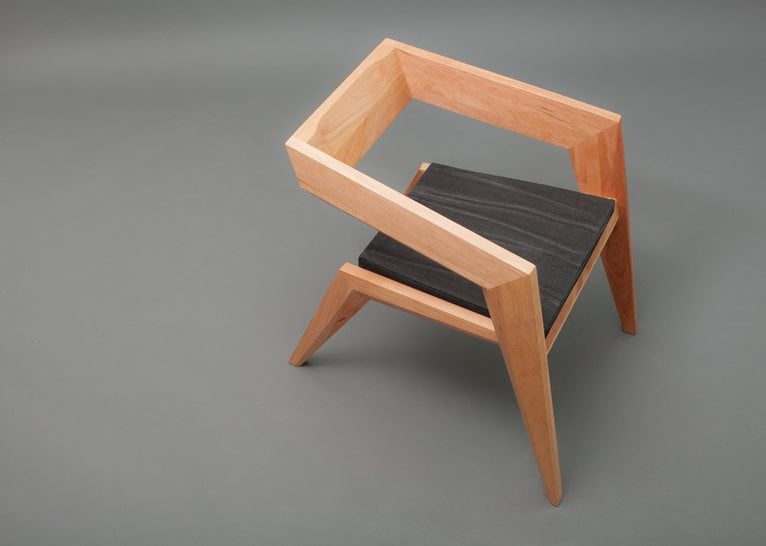 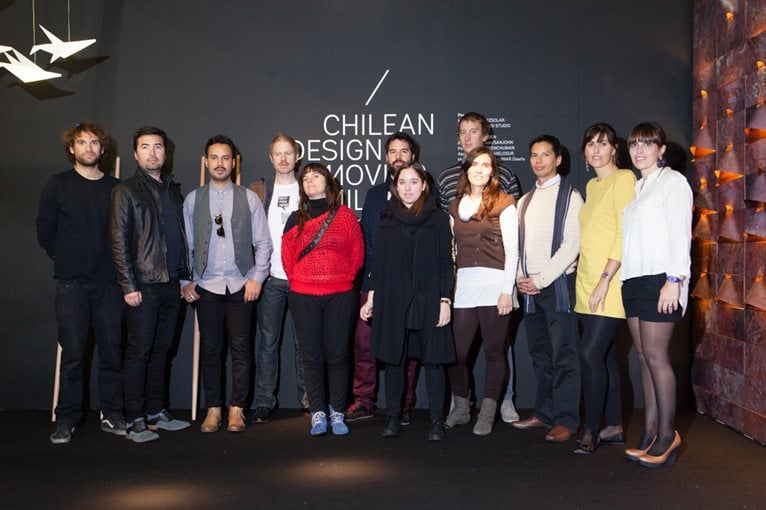