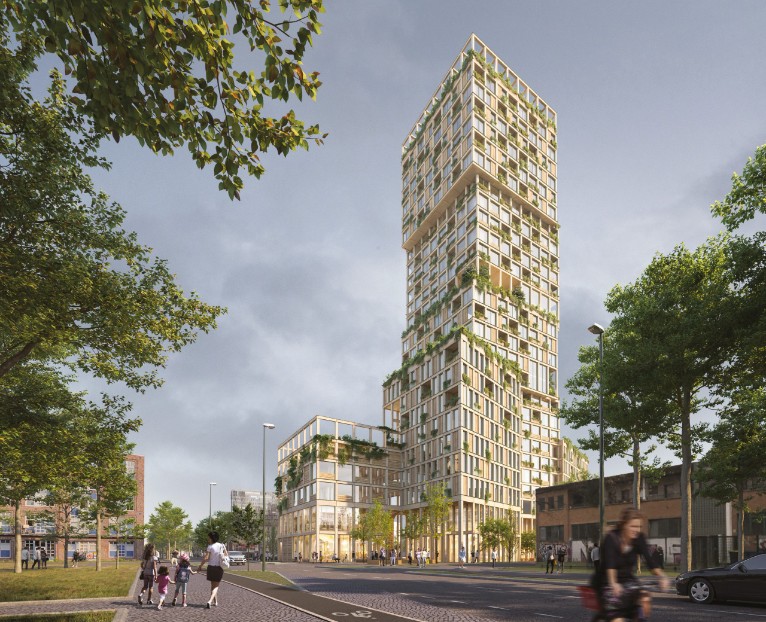 "This is a big and international breakthrough for Mad," says Ceo of Mad AS, Nicolai Riise. 14 well-known European architects took part in the competition to design the unique project - a 29-storey wooden signal building in the middle of Kreuzberg in Berlin."Berlin is an exciting city and has been an important source of inspiration for us as architects and offices. Being allowed to help develop a project here is fantastic", says architect and responsible partner of MAD arkitekter, Jonny Klokk. The client is UTB Projektmanagement GmbH.

‍The house with the strange in - a whole small district in the hill Kreuzberg is diverse and unconventional, and Mad has wanted to mirror that in the competition proposal. The concept is an interpretation of a typical Kreuzberg quarter, in a vertical format.

When we in Mad architects develop urban projects we have two main focus; to create good and sustainable city life, and space for a good everyday life for users and residents. Here we have proposed a utility building where the residents, users and neighbors will be the focus. It has been important to create something that is recognizable to people, despite the unfamiliar heights and volume in this area," explains Klokk.
‍ 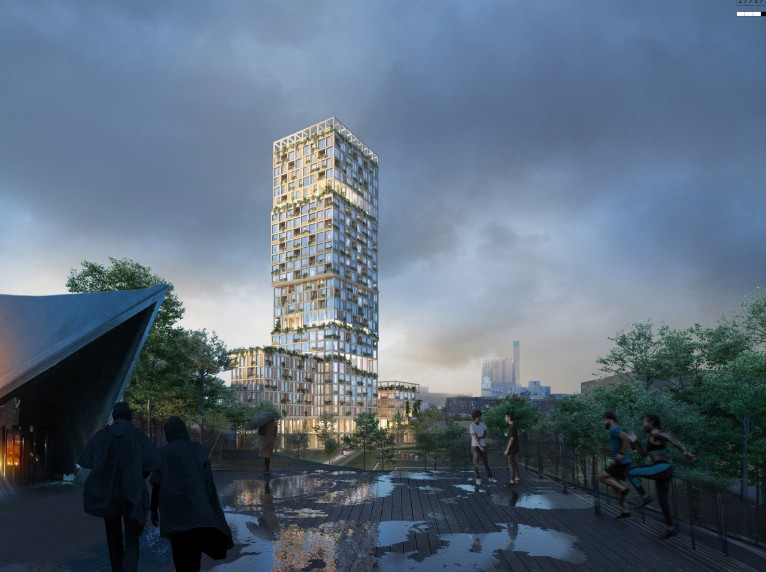 The high-rise building to be built in wood is planned to be able to house residential collectives, apartments – rentals, social housing, student housing and freehold homes, kindergarten, cultural school, bakery, workshop, industry and several publicly available venues both outside and inside the building.
"This is State-of-the-art in the field of social and climate sustainability," says Klokk.

‍Together with its partners, including the Norwegian Degree of Freedom and Wild Energy, German Wenzel + Wenzel and Brand+ Mad architects with their competition proposal here have delivered a piece of Norwegian architecture and engineering.

‍"We are very much looking forward to further developing this project together with developer UTB in Berlin, the authorities, the city and the neighbourhood," concludes Klokk. 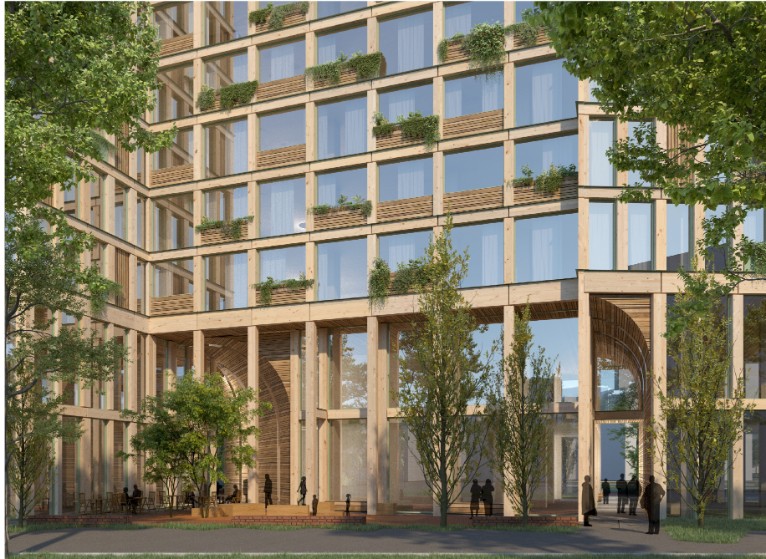 In this two-stage competition, the Norwegians convinced the jury, which consisted of representatives from the state of Berlin, the kreuzberg district, renowned professionals and the builder UTB.

Mad architects impressed the jury with their design, which in its design and orientation fits into the urban context and at the same time solves the requirements of the special Woho Berlin program. The differentiated building volumes, which consist of four individual volumes, are inspired by the typical quarter structure in Kreuzberg and are consistently further developed and refined in how the program is resolved inside, the jury said.

‍A total of 14 competition proposals were submitted for Germany's highest wooden hybrid construction, six of which progressed to the next phase of the competition.

"I was very impressed by the engaged, even passionate, discussion about the different drafts. The competition proposals had to solve many aspects; programming of 'mixed city' and 'Kreuzberg-Mischung', location development and urban affiliation, wooden structures, distance effects and feasibility. We now have a good solution that reflects our attitude to social mixing, and focus on the best interests and sustainability of the community," says Thomas Bestgen, managing partner of UTB Projektmanagement GmbH and a member of the jury. 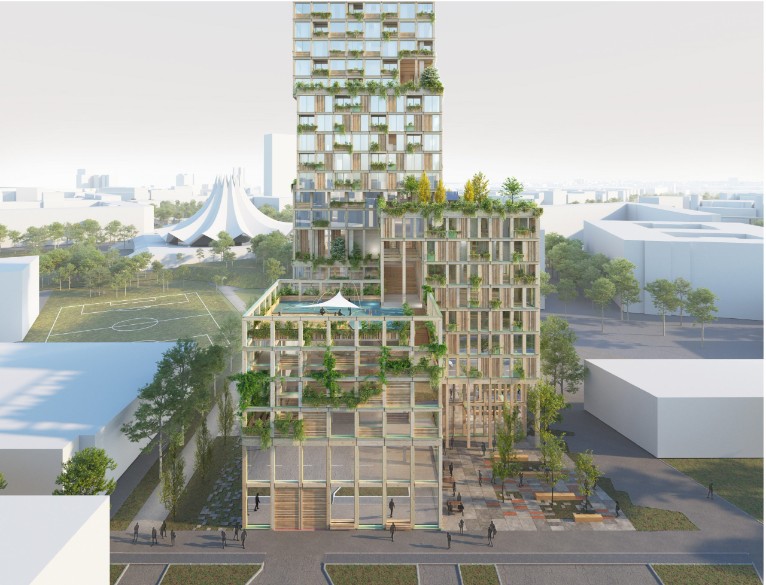 Overview perspective from the west. 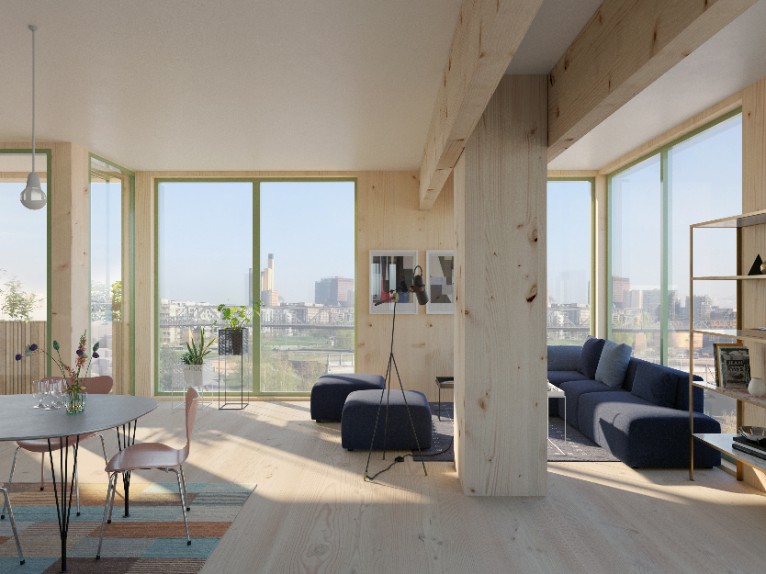