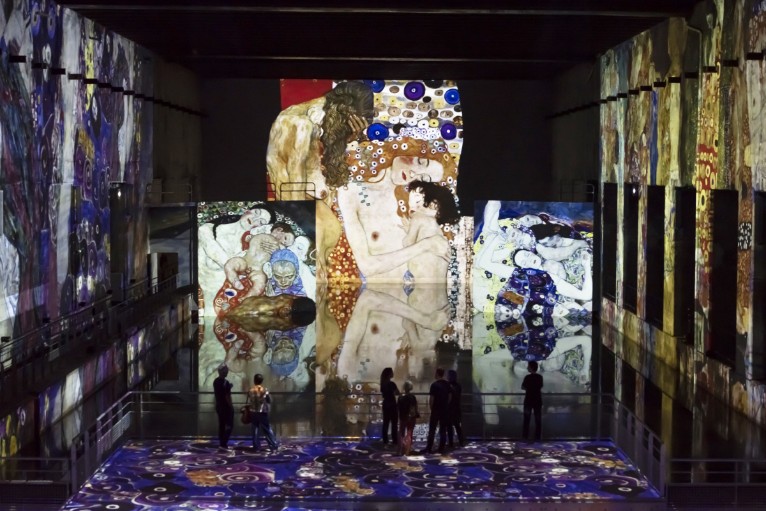 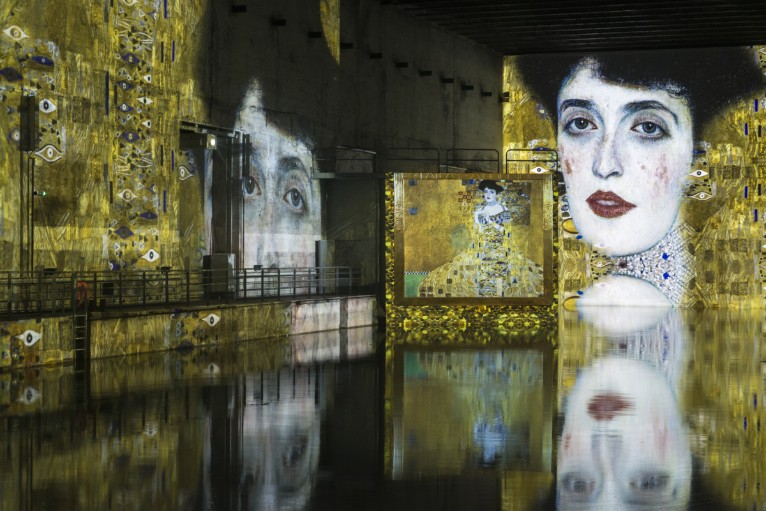 Located in Bordeaux’s former submarine base, the Bassins de Lumières is ready to present monumental immersive digital exhibitions devoted to the major artists in the history of art and contemporary art.

A colossal concrete bunker that was once a submarine base for Nazi U-boats in the Second World War has been given a new lease of life as the world’s largest digital arts centre. 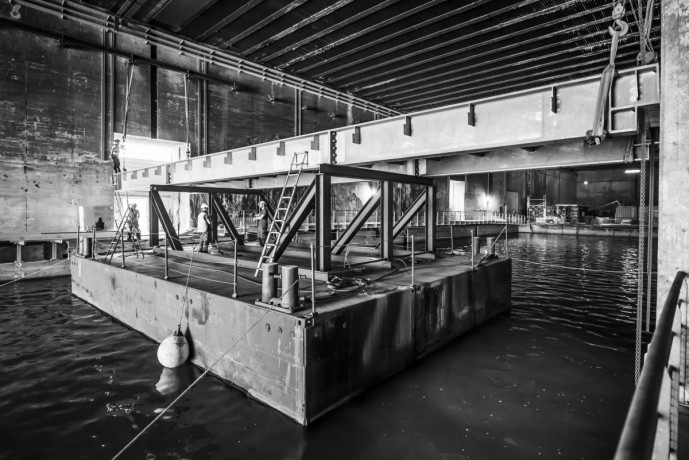 Visitors are able to view giant digital renderings of works by famous artists set to music and projected on to the walls of the structure. 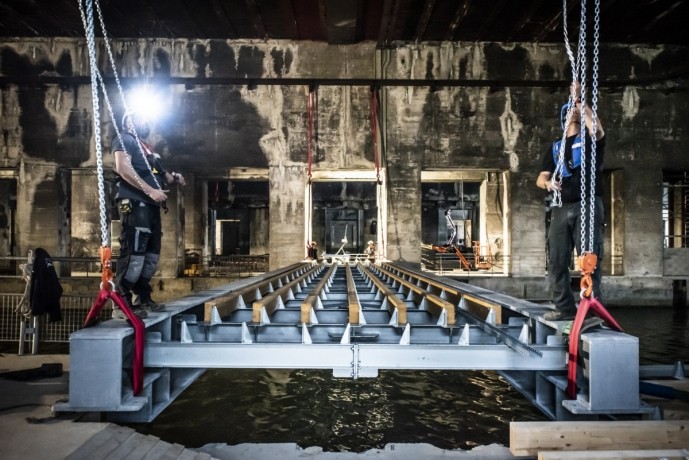 The art institution is projecting large-scale images of works by the famed Austrian painter, Gustav Klimt, onto the concrete walls of the base’s submarine pens. The “Gustav Klimt: Gold and Color” exhibition features portraits, landscapes and nudes in the artist’s unmissable, gilded style. The show also chronicles Klimt’s career evolution, from his departure of the neoclassical to pioneering the Vienna Secession movement. 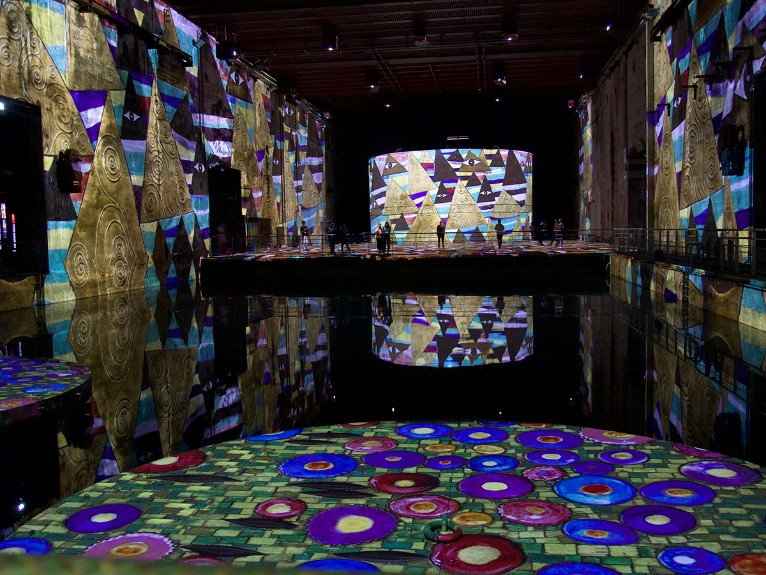 Also on view abstract pieces by Paul Klee. Titled ”Paul Klee: Painting Music,” the presentation pays tribute to the artist’s unknown musical abilities, immersing viewers “from an opera overture in an imaginary city to an underwater concerto amidst gold and multicolored fish,” as per a statement by the gallery. 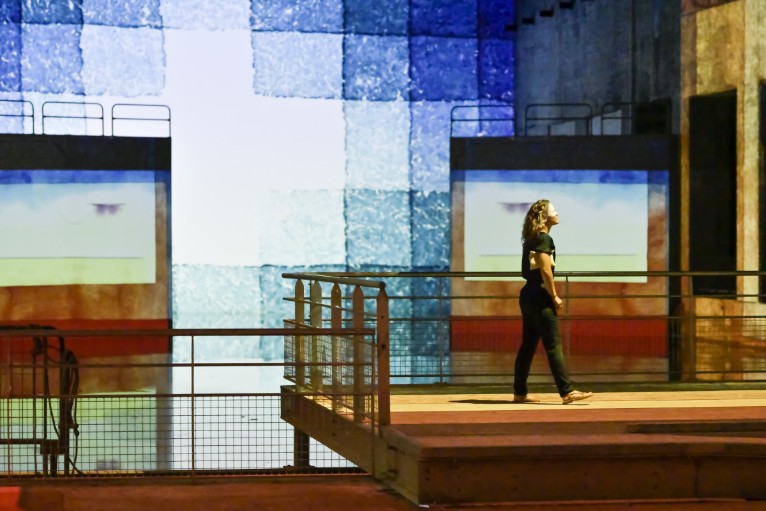 The digital exhibitions will be perfectly adapted to the monumental architecture of the submarine base and will be reflected in the water of the four enormous basins, thereby adding a new dimension to the immersive experience. Visits will be conducted on gangways above the water and along the quays of the enormous basins. 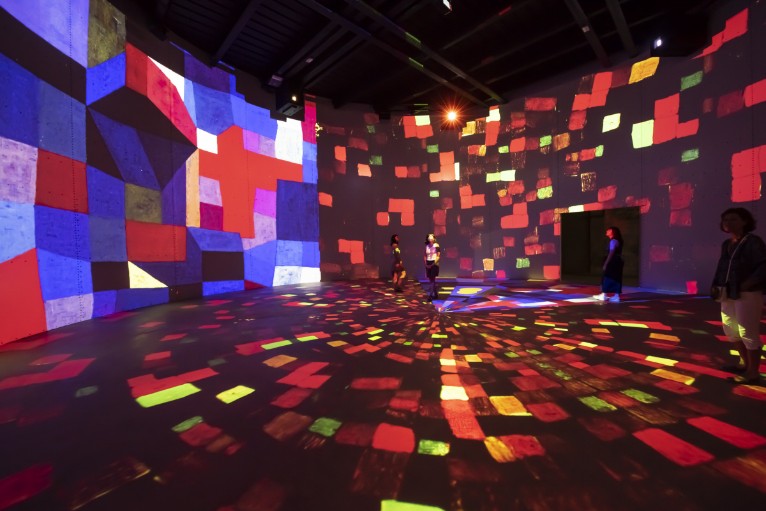 All images: courtesy of © Culturespaces and © Bassins de Lumières.