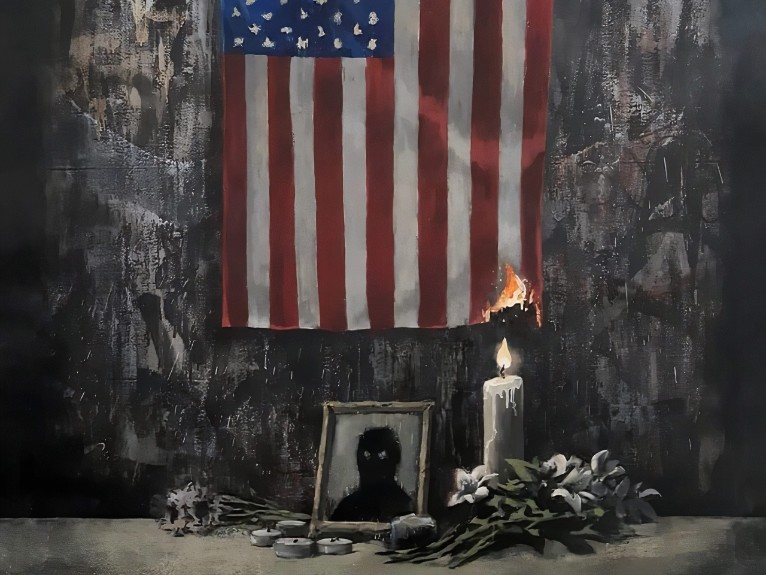 Anonymous artist and political activist has published a painting on his Instagram account dedicated to the two-week-long protests over the death of George Floyd.

On May 25, George Floyd, an African American man, died in Minneapolis police custody in the US state of Minnesota.
A video of the arrest showed a white police officer pressing his knee onto Floyd’s neck for nearly nine minutes while the African American man lied handcuffed on his stomach, repeatedly saying he could not breathe. The incident sparked protests against police violence and racism in various cities across the US and in other countries.

Banksy's new painting depicts a portrait of a black, silhouetted figure, flowers and a burning candle setting fire to the US flag. 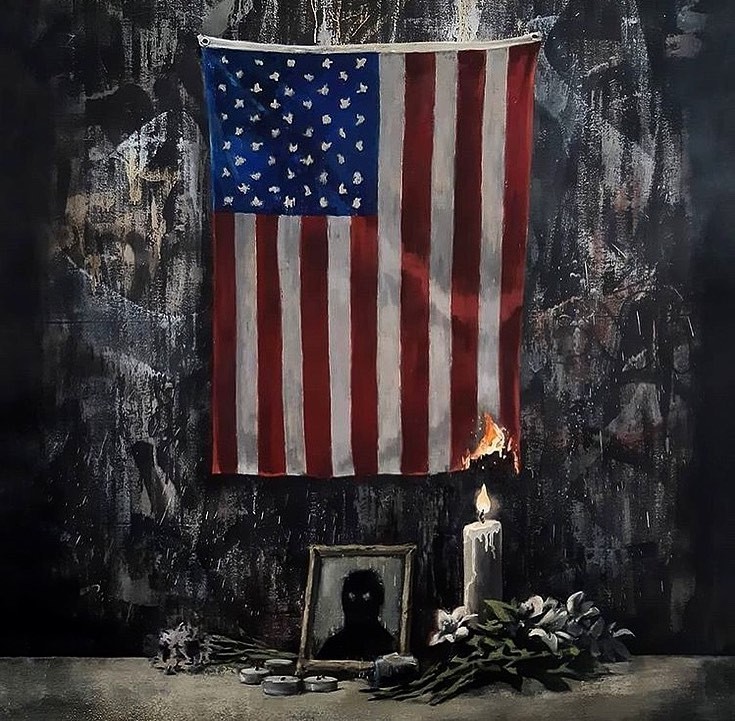 'At first I Thought I should just shut up and listen to black people about this issue. But why would I do that? It's not their problem. It's mine.

People of colour are being failed by the system. The white system. Like a broken pipe flooding the apartment of the people living downstairs this faulty system is making their life a misery but it's not their job to fix it. They can't - no-one will let them in the apartment upstairs.

This is a white problem. And if whte people don't fix it, someone will have to come upstairs and kick the door in.' 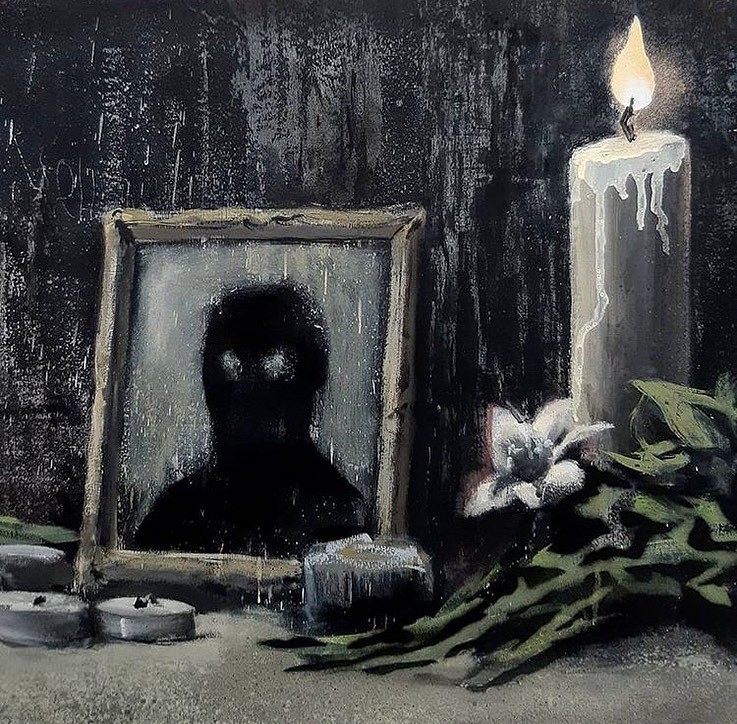