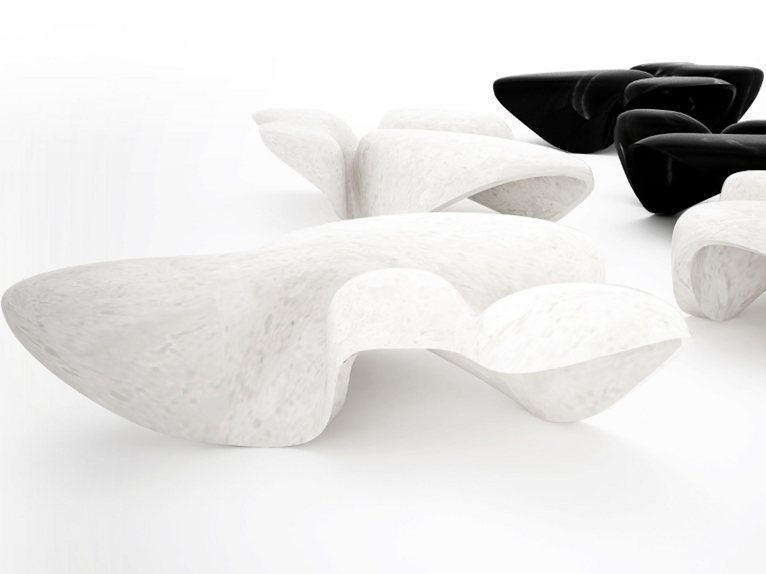 During Milan Design Week, scheduled for April 9 to 14, the undisputed protagonists will be the starchitects, called upon this time to deal with smaller scale, but no less important or elaborate projects.

The creations of Zaha Hadid, one of the most highly appreciated and requested architects by companies, will be present at iSaloni 2013 and will be bringing the brands of many companies. 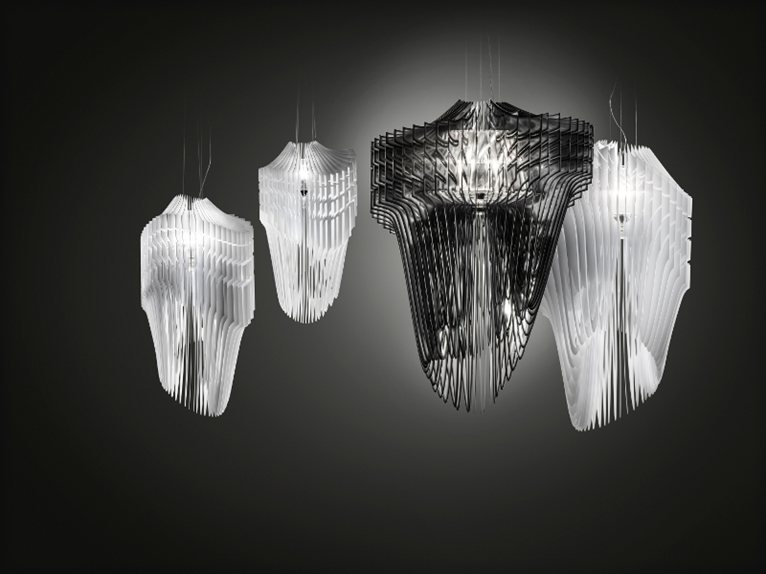 Among these are Slamp who will preview their new lamp collections by the Anglo-Iraqi architect called Avia and Aria. 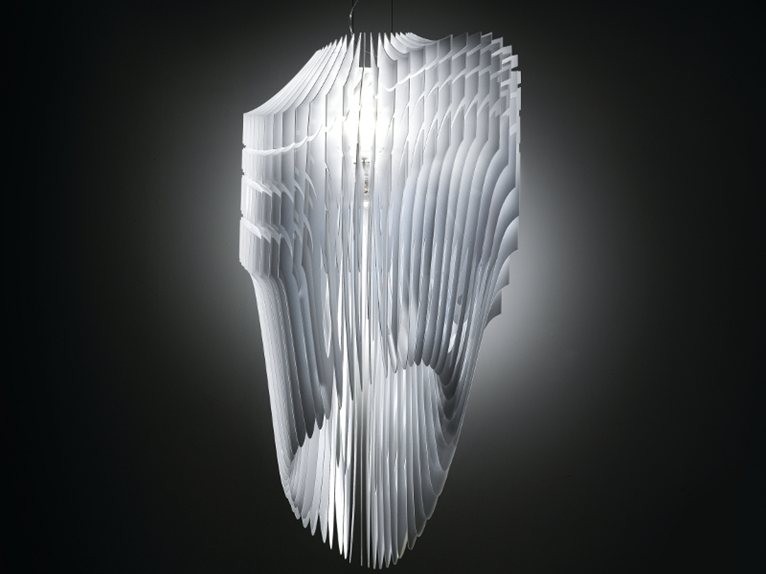 Avia combines the majesty of the great architectural works in a lamp for daily use, perfectly integrating large volumes with cutting-edge lighting techniques and technologies. To give shape to such an ambitious project they used 52 layers of Opalflex®, a techno polymer patented by Slamp, all different from each other to give fluidity, dynamism, harmony and create a perfect architecture that surrounds the light source. Avia always offers new perspectives and reflections, transforming itself from a light source into a sculptural element.

The company Citco Marmi will exhibit for the first time at the Salone del Mobile, and will début with the new Limited Edition Mercuric Tables designed by Zaha Hadid (pictured at the top of the article). The project goes in the direction of furnishing and consists of three small tables with an organic shape, which can be freely combined with each other and seem to be moulded in clay, sinuous and smooth like stones from rivers and seas. As a backdrop to the Limited Edition Mercuric Tables, the stand will contain some of the imposing geomorphic walls designed by Hadid for Citco in 2012 that will give “the impression of being inside a quarry marked by the layering of geological eras.” 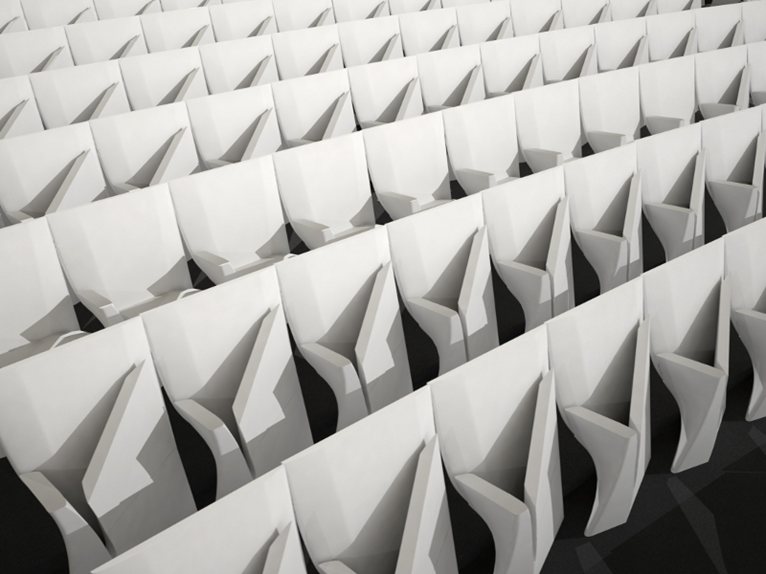 Zaha Hadid has also designed the new seat collection Array for Poltrona Frau Contract, in scientific language its name means matrix. This new auditorium seating generates multiple visual and geometric effects in any theatre, just like a matrix. A small armchair-sculpture. A single compact and moving block. Euclidean geometry that rotates on itself. Backrest, armrests and seat appear joined together in a bud ready to blossom. A true formal challenge, which has the effect of breaking the monotonous visual continuity of the rows of seats that make up traditional theatre seating. 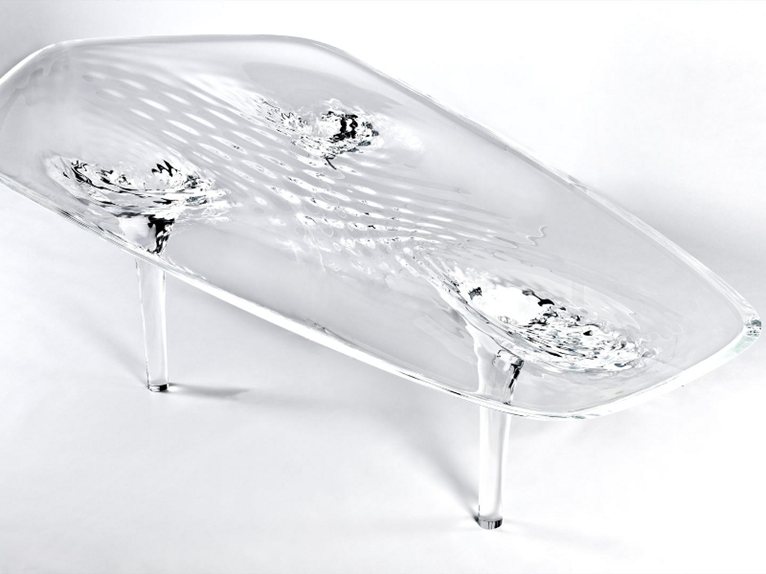 Array is presented in the exhibition called Multiplicities, curated by Zaha Hadid, where two of her other projects will also be exhibited: the sofa Zephyr and the collection of tables called Liquid Glacial Table.