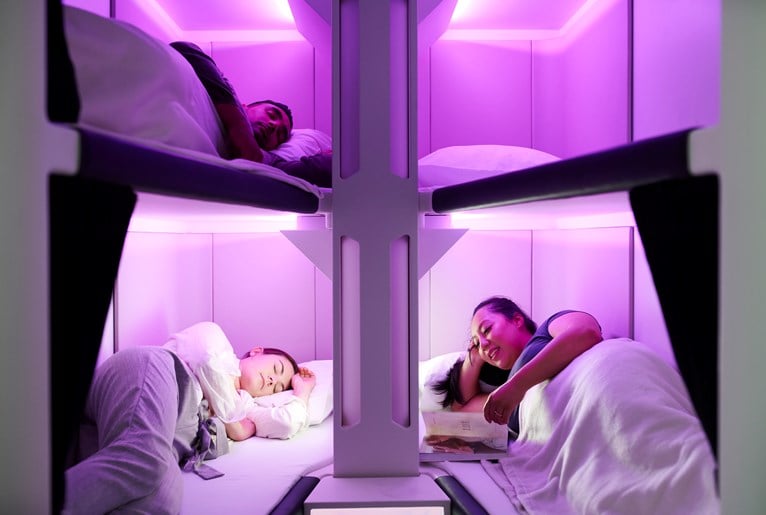 The Economy Skynest is the result of three years of Air New Zealand research and development, with the input of more than 200 customers at its Hangar 22 innovation centre in Auckland. The airline has filed patent and trademark applications for the Economy Skynest which provides six full length lie-flat sleep pods.

Air New Zealand Chief Marketing and Customer Officer Mike Tod says that as the airline operates some of the world’s longest flights, such as the upcoming Auckland-New York service at up to 17 hours 40 minutes one way, it is committed to putting more magic back into flying.

“We have a tremendous amount of development work underway looking at product innovations we can bring across all cabins of the aircraft. A clear pain point for economy travellers on long-haul flights is the inability to stretch out. The development of the Economy Skynest is a direct response to that challenge,” Mr Tod says.

Air New Zealand will make a final decision on whether to operate the Economy Skynest next year after it has assessed the performance of its inaugural year of Auckland-New York operations.

General Manager of Customer Experience Nikki Goodman says customer and cabin crew feedback on the Economy Skynest during its final phase of development has been outstanding, with significant partners also keenly involved.

“We see a future flying experience where an economy-class customer on long-haul flights would be able to book the Economy Skynest in addition to their Economy seat, get some quality rest and arrive at their destination ready to go. This is a game changer on so many levels,” Ms Goodman says. 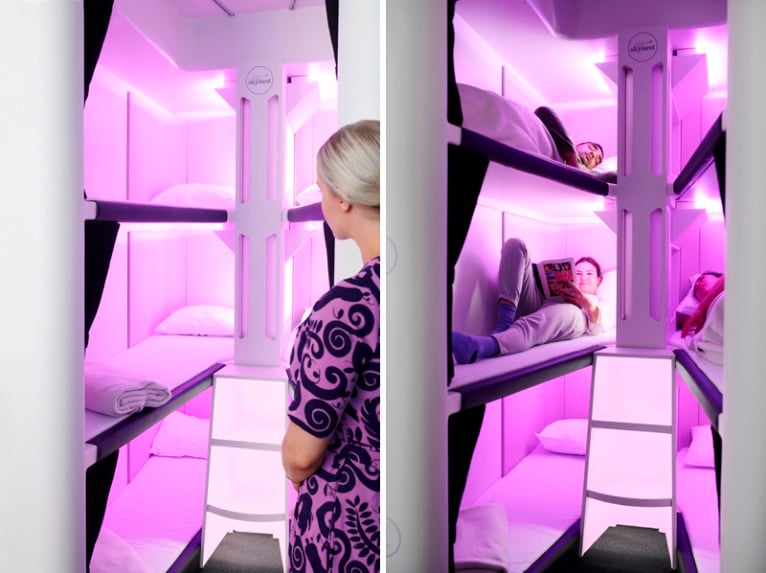 Overall length of the sleeping pods
In excess of 200cm

Width at the shoulder area
In excess of 58cm

What’s included with the Economy Skynest?
It is intended that each pod will include a full-size pillow, sheets and blanket, ear plugs along with privacy curtains and lighting designed for sleep. We are exploring other features such as separate reading light, personal device USB outlet and ventilation outlet. 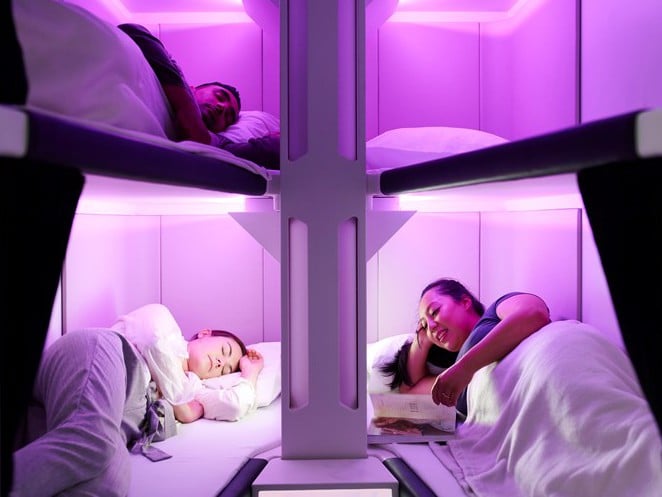