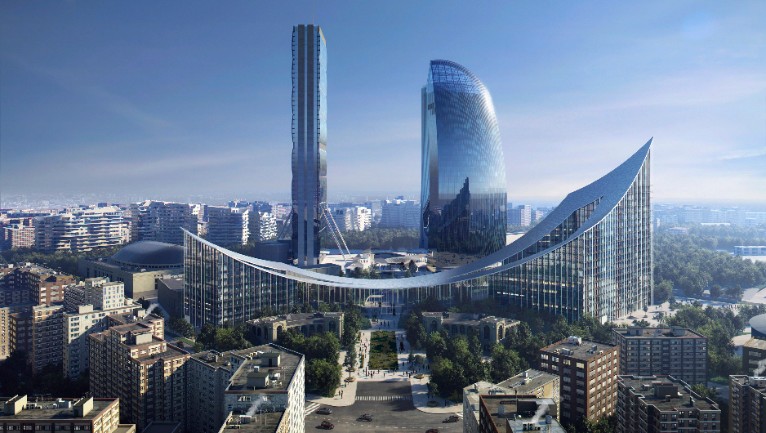 CityLife today presented the new project that marks the start of the district completion phase and that will create a new gateway to CityLife and the city.

The project envisages the creation of two buildings joined by a roof with a portico that, framing the three existing towers without reaching their height, will create a new gateway to CityLife from Largo Domodossola through an extensive green area that will further enrich the liveability of the district and constitute a new aspect of restoration for the City of Milan.

A project designed for people that creates a bridge between private and public spaces. The roof will not only be an element forming a structural connection between the two buildings but will also create an area provided with street furniture and green spaces that can be used by the public. 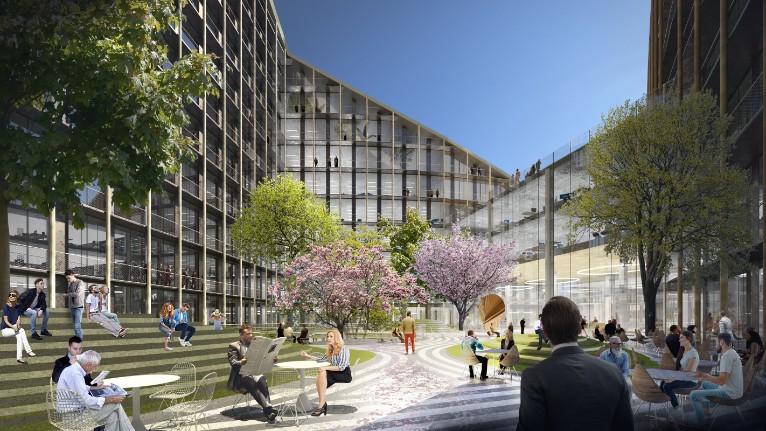 The architectural intervention was designed to open up and fully integrate the district, starting from the existing space and context. The new CityLife gateway will be integrated with the urban areas, the streets and the existing road network, creating a continuum between the district and the city.

The new building will stand on an area of around 53,500 square metres (GFA) more than 200 metres long, with a characteristic portico structure that will be 18 metres wide at its narrowest point. The interiors, each floor being more than 3 metres high, will enable a large quantity of natural light to enter thanks to a continuous transparent and luminous façade that will look out onto both the city and two large private courtyards. At the highest part, the buildings will have cascading terraces for use as multifunctional spaces with a breath-taking panorama. The building is intended for use as offices: following the completion of the working drawings, specifications and bills of quantities, work is expected to begin in 2021, with completion due in 2023. 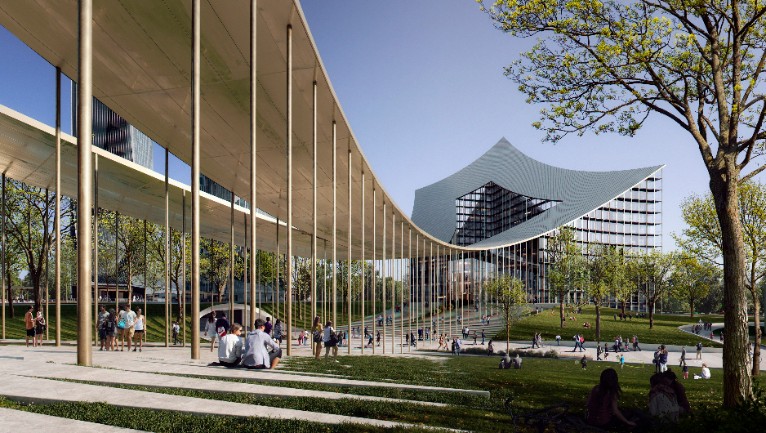 In parallel with the construction of the new residential lot on Via Spinola, the new project represents the completion of CityLife, which will become one of Europe’s major business districts, with a multifaceted and balanced complex of public and private functions including residences, offices, shops and green areas.

From its inception until today, CityLife has taken its place as one of the main “new urban centres” of Milan, a district characterised by sustainability, quality of life and services, one of the major examples of urban renewal and regeneration in Italy.

“Rather than compete with the existing ensemble of towers, we propose to complete the urban fabric by forming a gate to the neighborhood. The catenary canopy connecting the two structures creates a new shaded and sheltered public space for the life of the city.”
Bjarke Ingels, Founding Partner and Creative Director, BIG.

“The site offered an opportunity to explore a new typology that connects the City Life area to the surrounding urban fabric. We propose a project that is at once low-rise and high-rise. The portico connecting the two buildings creates a shaded public square at the urban scale, uniting the district under a new gateway.”
Andreas Pedersen, Partner and Design Director, BIG London.