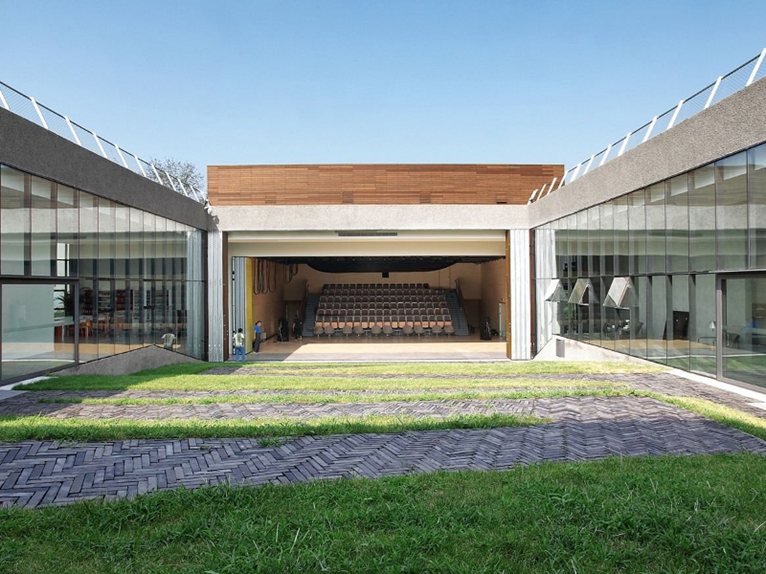 The GEHUA YOUTH AND CULTURAL CENTER in Beidaihe is the new art and entertainment centre for children and teenagers on the outskirts of Qinhuangdao, designed by OPEN Architects, the office founded by Li Hu, a former partner of Steven Holl Architects, and his wife Huang Wenjing. 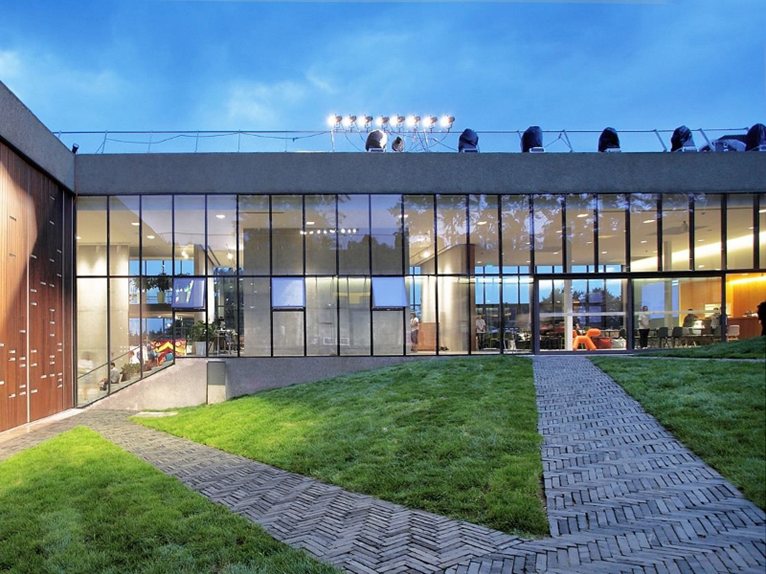 The building is fused into the surrounding verdant landscape, by means of its sinuous circular perimeter. 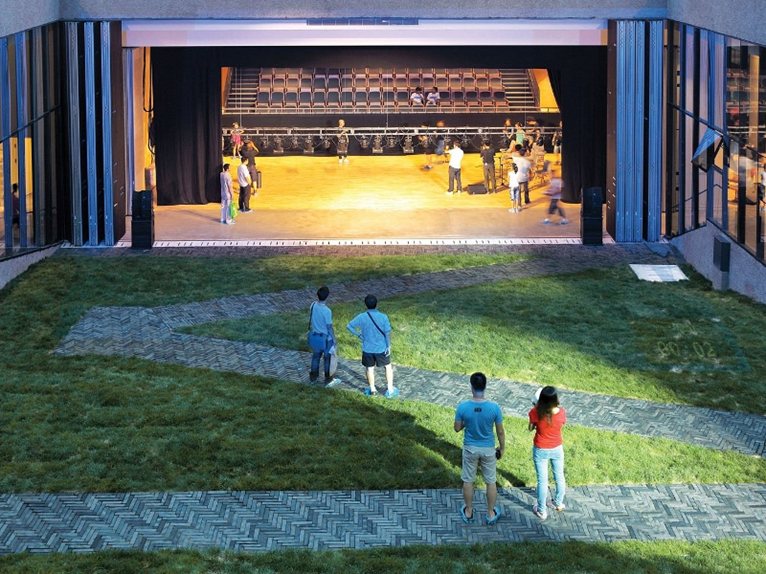 The structure surrounds a central courtyard and contains various functions, including offices, an art workshop, a gallery, a theatre, a music lab and a playground on the green roof. To ensure continual visibility and communication between the inside and outside, all the walls overlooking the garden have windows. 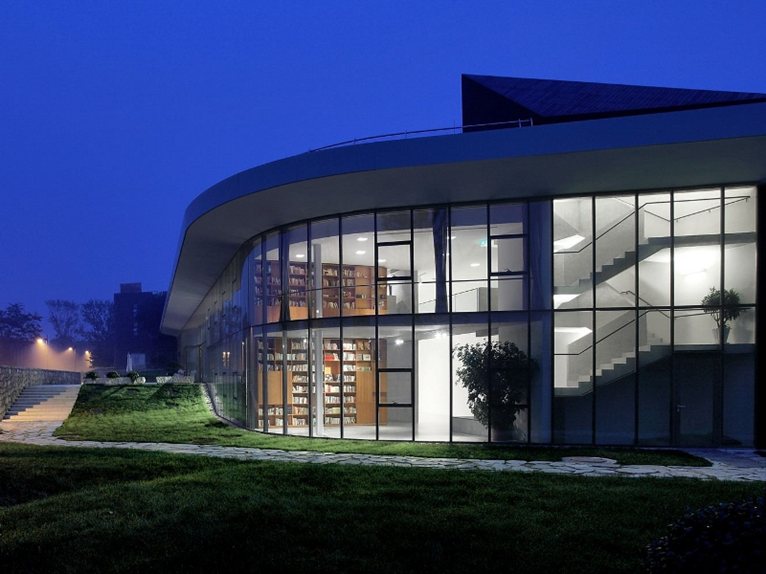 One of the most interesting spaces consists of the theatre which offers different uses of space and of interaction between the audience and performer thanks to the two folding doors that open onto the internal garden. The boundary between inside and outside becomes blurred, the garden and the theatre are connected, experimenting new configurations such as open-air cinema and the garden which becomes a stage.