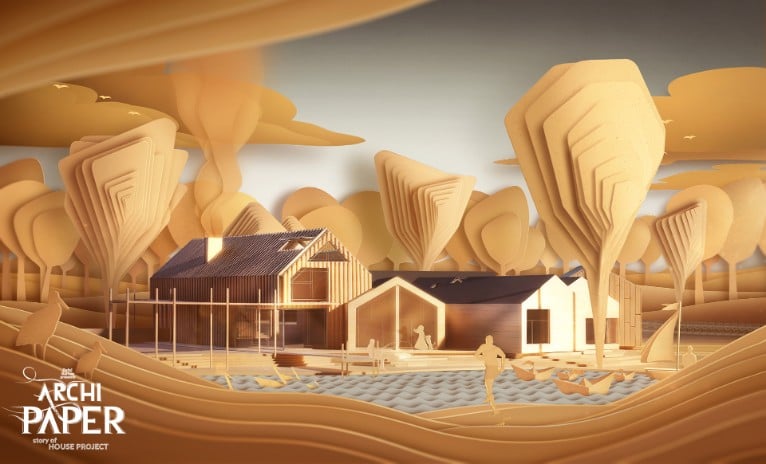 The architect Rafał Barnaś, the owner of Unique Vision Studio, a company that specialises in audiovisual arts, architectural visualisation, animation and film, would like to present a trailer of his original project.


ArchiPaper is a non-commercial, experimental, short animated film that tells a story about architecture in an unconventional way. The basis and starting point for this work was a physical model of a house designed by BXB Studio. 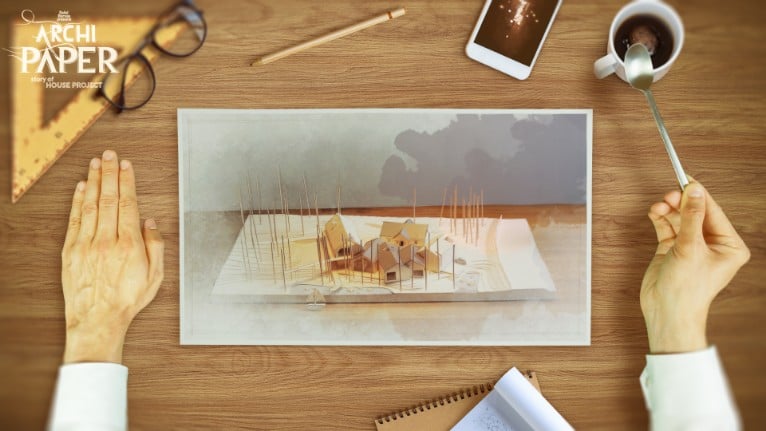 The model was photographed and transformed into an image that teems with life, creating a leisurely-paced, surrealist story immersed in an abstract world, built solely out of paper elements.

What if?
What if? — A seemingly innocuous question. It has been on the lips of artists, scholars and scientists, preceding their creative efforts for centuries—an expression of a desire to delve into the secrets of the world and to explore it. I asked myself the exact same question at the start of my work on the experimental, abstract, animated short story about architecture, called ArchiPaper. 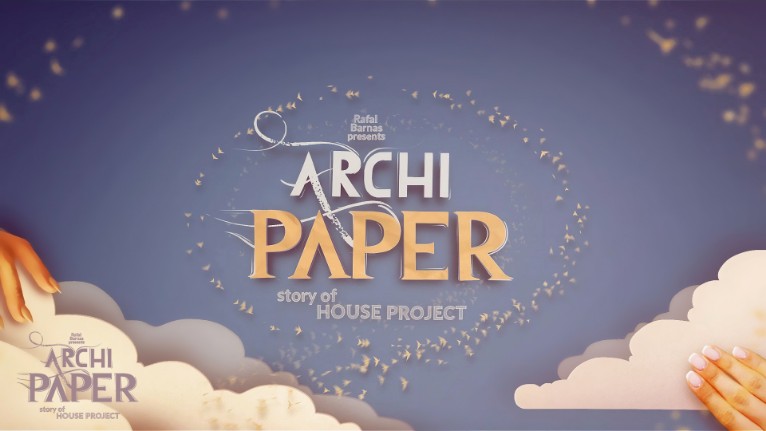 ArchiPaper
At that time, I worked on the set of a film presenting the body of work of my brother, Boguslaw Barnas, an architect and the founder of BXBstudio - Boguslaw Barnas. During the shoot, I had physical models of his designs to work with, including the model of the Polish Farm, a unique house that is currently under construction.

I thought: what if I could try to transform the model of the design into a paper world that would teem with life? This challenge appeared fascinating to me as I am an enthusiast of searching for and experimenting with stylistic means and measures. I am attracted to combining traditional media with 3d graphics: stop-motion animation, cartoons, 2d+ methods, reflex cameras and 3d graphics. 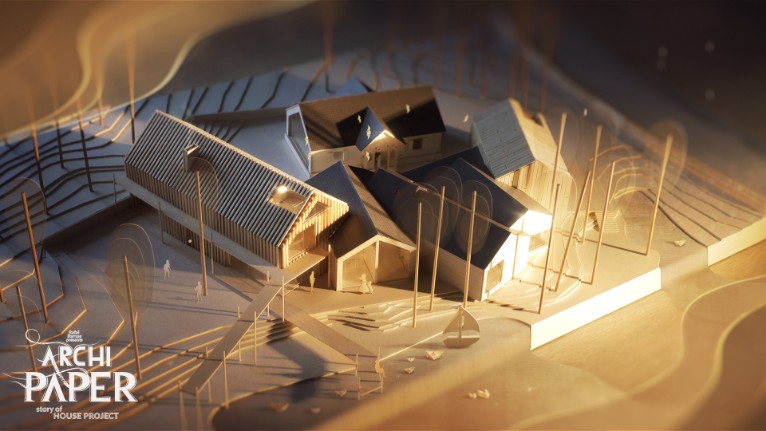 The End of the Era of Photorealism Approaches
The task also appeared interesting to me because we are on the cusp of a revolution in the visual arts industry. Photorealism is already attainable, and it will also become easy to implement and cheap very soon. When that moment comes, and it is sure to come sooner than we think it will, a sharp turn in the search for new means of expression in telling stories using images and sound will take place. Just as it had taken place on the winding path of the development of painting, which had been used to record reality until photography was invented, and, as a result, the efforts of artists from all over the world were focused on the greatest possible perfection of their work and reflecting the full realism of a given scene. 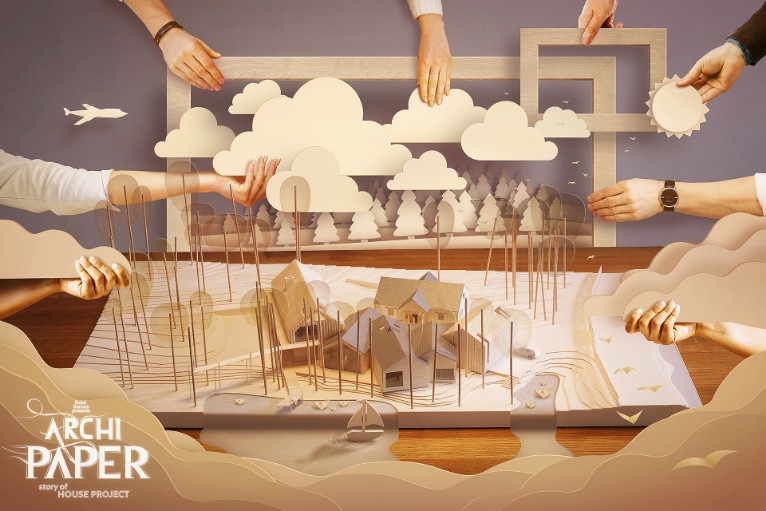 As soon as we started taking photos—and became able to perfectly record reality—the previous motivation, that had motivated the development of painting, lost its rationale. Of course, this did not end the development and history of this beautiful branch of the arts. The exact opposite happened, in fact. An explosion of pursuits of new means of artistic expression took place. The realistic painting of yesterday transformed into all sorts of additional -isms, creating previously unknown, abstract forms of painting, bringing to life even the most fantastic ideas of their authors. Impressionism, expressionism, surrealism, Dadaism, cubism, abstractionism, fauvism... all but a part of the movements towards which the revolutionary exploration of artists has led to. A similar mechanism is coming right now, and this is, beyond doubt, good news. It means we will once again reach for the deepest source of our creativity—straight to the most powerful artistic medium—our imagination—an inexhaustible font of ideas.

What is ArchiPaper?
ArchiPaper is a non-commercial, experimental short animated film that tells a story about architecture in an unconventional way. A project based on the model of a house.

After lighting and photographing the model, I transformed it into an image that teems with life, creating a slow-paced, animated story immersed in an abstract world built solely out of paper elements. Operating with atypical means of expression, building a stylistically and compositionally coherent image, was quite a challenge.

In the context of the film's rhythm and dynamism, my goal was to break away from contemporary trends stressing fast-paced narratives, hence each relatively static frame tells its ambiguous story about architecture at a leisurely pace, allowing viewers to immerse themselves in the abstract reality. 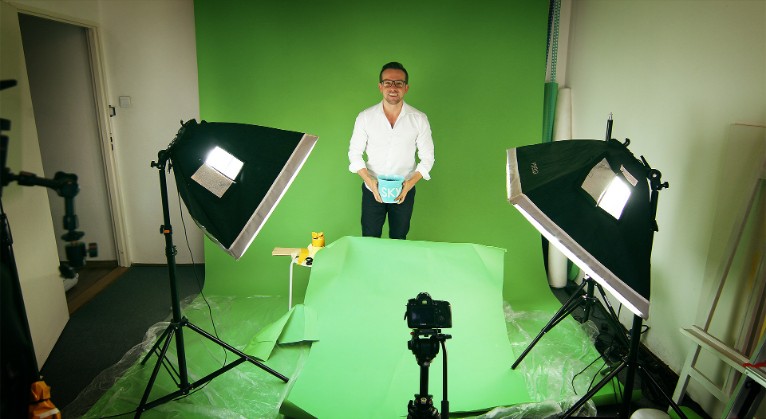 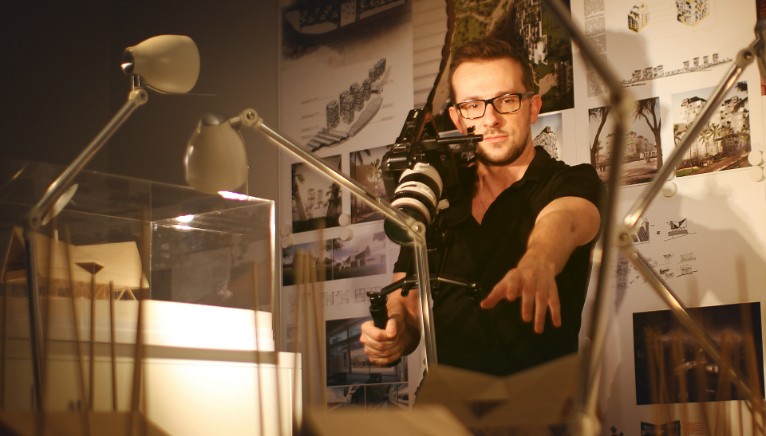 Music
ArchiPaper is, therefore, a stylistic experiment, an attempt at finding and trying out alternative means of expression in describing architecture, but also my own broadly understood artistic challenge, both in the context of visuals and the musical score that I had written and later recorded myself. The work will come to film festival screens this year. However, You can watch the trailer right now. 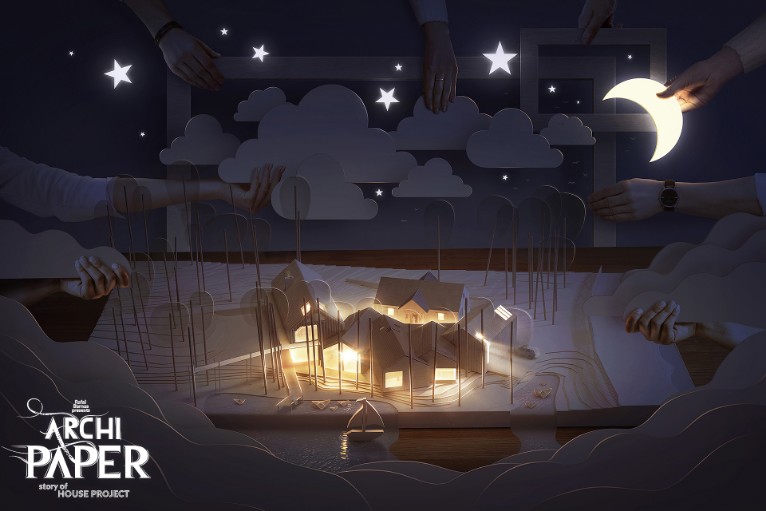