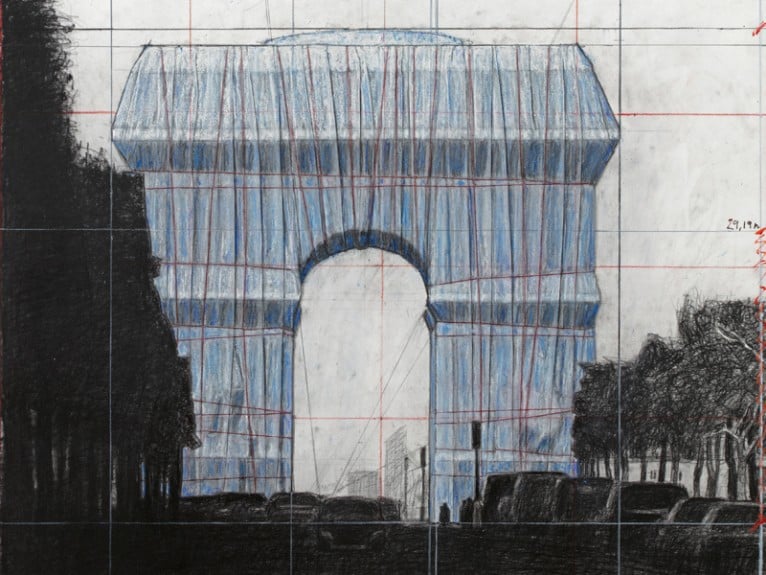 Christo, in close collaboration with the Centre des Monuments Nationaux and the Centre Pompidou, will create a temporary artwork in Paris entitled L' Arc de Triomphe, Wrapped (Project for Paris, Place de l'Étoile – Charles de Gaulle). This work of art will be on view for 16 days from Saturday, September 19 to Sunday, October 4, 2020. The Arc de Triomphe will be wrapped in 25,000 square meters of recyclable polypropylene fabric in silvery blue, and 7,000 meters of red rope.

The Centre des Monuments Nationaux (CMN), the Centre Pompidou and Christo, in consultation with the League for the Protection of Birds (LPO), decided to postpone the project to ensure the protection of kestrel falcons that nest on the Arc in the spring. 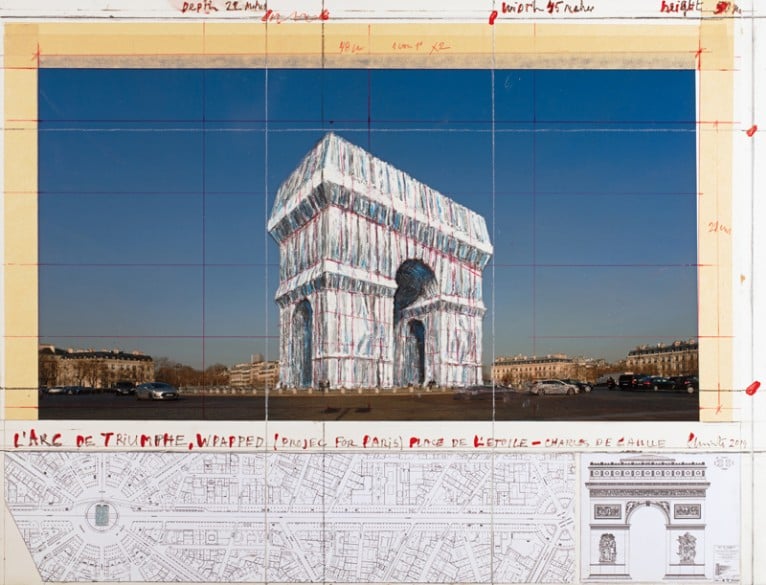 As a prelude to L'Arc de Triomphe, Wrapped, a major exhibition, presented at the Centre Georges Pompidou from March 18 to June 15, 2020, will retrace Christo and Jeanne-Claude's years in Paris from 1958 to 1964, as well as the story of The Pont Neuf Wrapped, Project for Paris, 1975-85. "The exhibition at the Centre Pompidou will reveal the historical context of the period during which we lived and worked in Paris," says Christo.

In 1961, three years after they met in Paris, Christo and Jeanne-Claude began creating works of art in public spaces. One of their projects was to wrap a public building. At the time, Christo, who was renting a small room near the Arc de Triomphe, made several studies of a project there, including, in 1962, a photomontage of the Arc de Triomphe wrapped, seen from the Avenue Foch. In the 1970s and 1980s, Christo created a few additional studies. Almost 60 years later, the project will finally be concretized.

L'Arc de Triomphe, Wrapped will be entirely funded by Christo through the sale of his preparatory studies, drawings and collages of the project as well as scale models, works from the 1950s and 1960s and original lithographs on other subjects. It will receive no public funds.

The Centre des monuments nationaux, the government institution that manages the Arc de Triomphe, is pleased about the realization of a project that demonstrates its commitment to contemporary creation and that honors one of the most emblematic monuments in Paris and in France.

The Eternal Flame, in front of the Tomb of the Unknown Soldier at the Arc de Triomphe, will continue to burn throughout the preparation and display of the artwork. As always, veterans associations and volunteers committed to the values of the French Republic will ensure the continuity of remembrance and the daily ceremony of rekindling the flame that pays homage to the Unknown Soldier and those who lost their lives fighting for France.

"Thirty-five years after Jeanne-Claude and I wrapped the Pont-Neuf, I am eager to work in Paris again to realize our project for the Arc de Triomphe," says Christo. 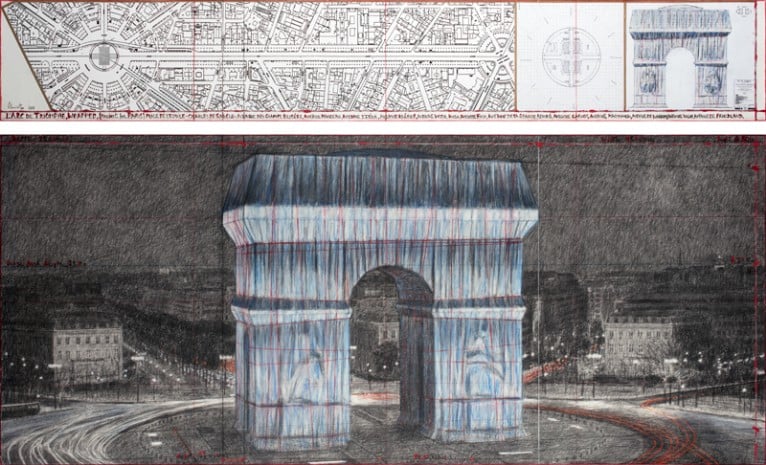