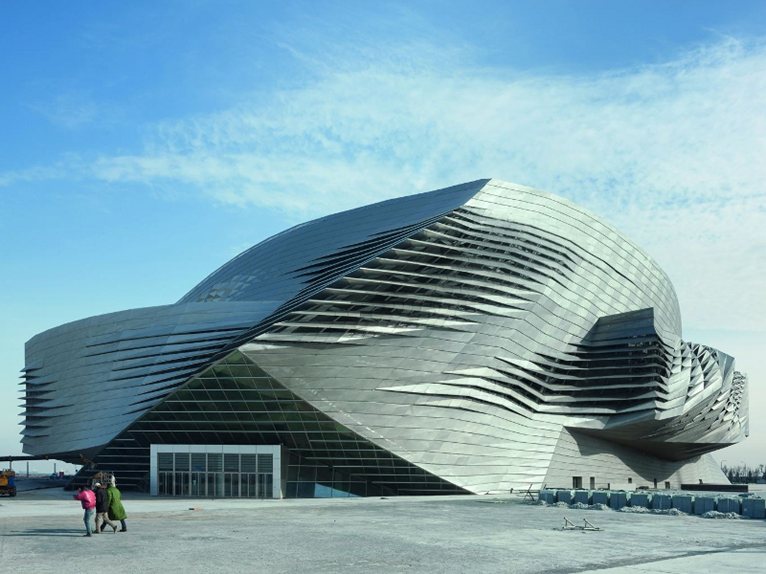 The Austrian architectural office COOP HIMMELB(L)AU has just completed the Dalian International Conference Center, a twisted steel building with conference rooms that burst through its façade. The new congress center is located next to the port of the city of Dalian, in China. The building, located at the end of the main urban roadway and outside the densely populated centre, has been designed as a reference point for the developing neighbourhood. 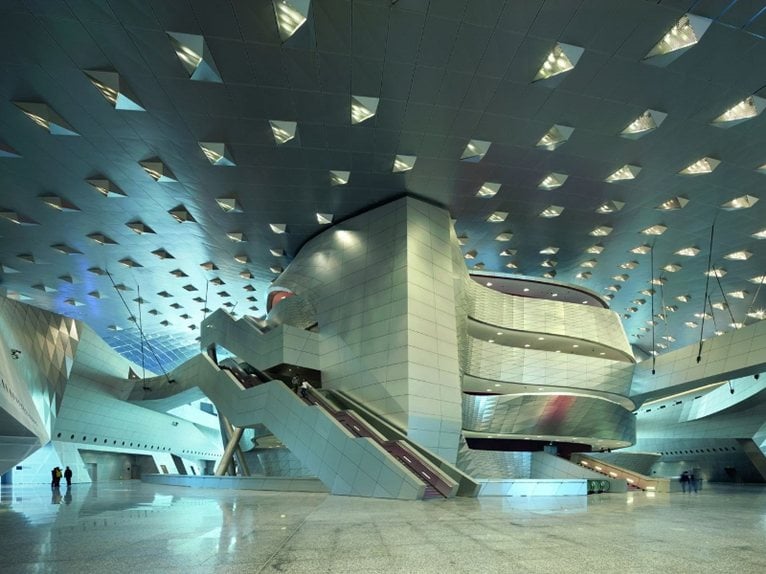 Coop Himmelb(l)au designed the building as a twisted mass of steel and concrete, with outward rippled surfaces as if they were the gills of a fish, behind which lurk large windows that let in natural light. 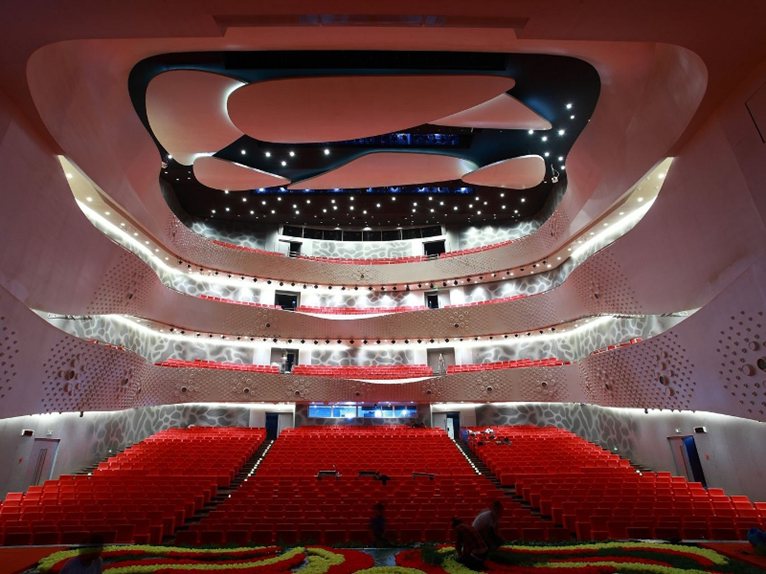 The heart of the building is a 1600-seater theatre/concert hall behind which there is a main conference room that can accommodate up to 2500 people, but can also be adapted to become a banquet hall, an art gallery or to expand the number of seats available in the theatre. Six additional meeting rooms are scattered along the perimeter of the building, projecting beyond the natural line of the façade. The capacity of these rooms, from which smaller spaces can be obtained, varies between 300 and 600 people. A public foyer, which also has a central meeting area, winds through the building to connect every room.

Shipbuilders have also been involved in this project to fold the imposing steel pillars of the outer shell. 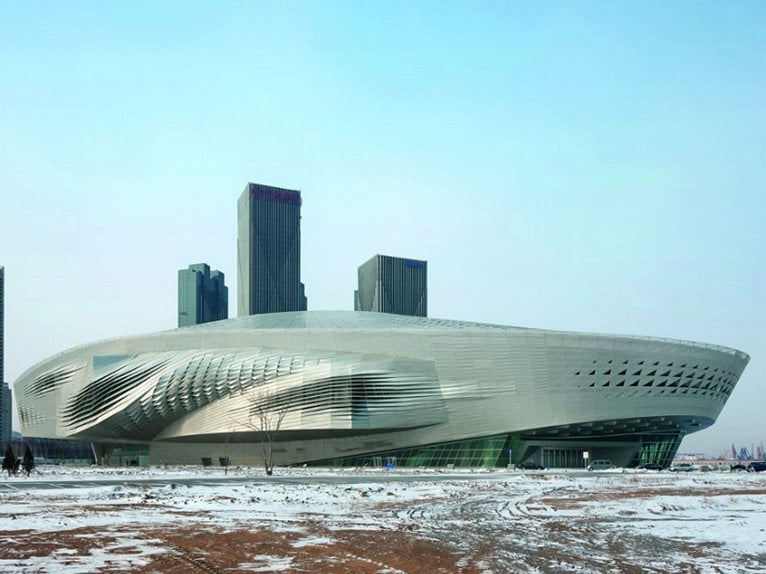 Architect Wolf D Prix, who founded Coop Himmelb(l)au in 1968, launched a scathing attack last summer aimed at the Venice Biennale and its director David Chipperfield accusing it of giving too much importance to celebrities and too little emphasis on the real essence of contemporary architecture. His office has recently completed another large scale project in Asia, the Busan Cinema Center in South Korea, whose cantilever roof overhangs more than the wing of an Airbus A380, about 85 metres. “When we build the architecture, like aircraft wings, we will no longer need pillars or columns” asserted Wolf D. Prix.