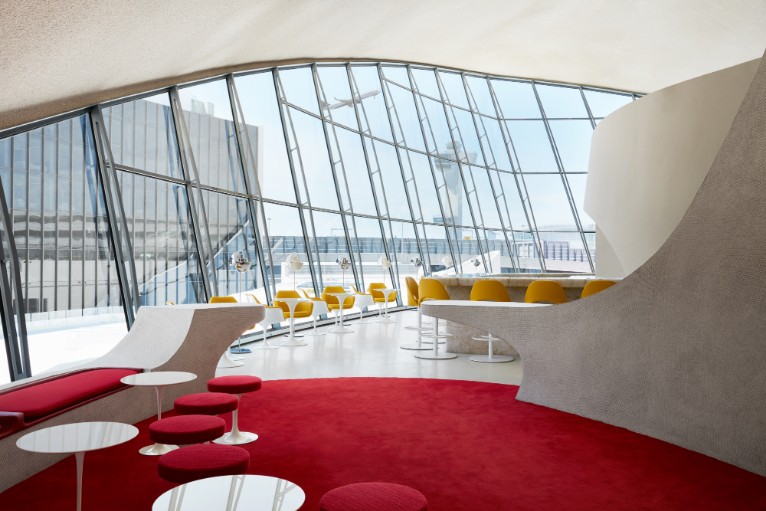 The airport structure was designated a New York city landmark in 1994 and, after its 2001 closure, was listed on the national and New York state registers of historic places in 2005.

Now, 18 years after it closed its doors, Eero Saarinen’s internationally-revered Midcentury Modern landmark has reopened as a landmark Hotel, mirroring its 1962 design aesthetic. 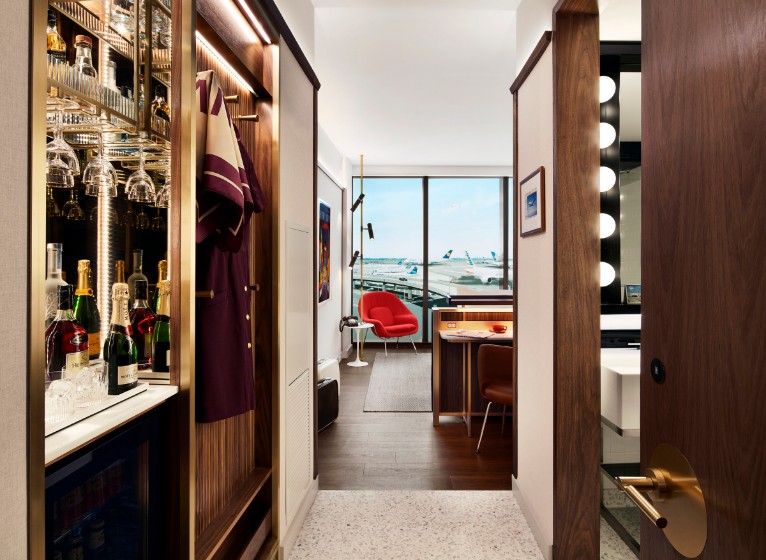 "Eero saarinen’s cathedral to aviation has always looked toward the future", says Tyler Morse, CEO and managing partner of MCR and MORSE development — who initiated the ambitious project. "We restored and re-imagined his landmark with the same care that he devoted to his design. no detail went overlooked — from the millwork by amish artisans to the custom font inspired by saarinen’s own sketches to the one-of-a-kind manhole covers. starting today, the world can enjoy this midcentury marvel for many years to come". 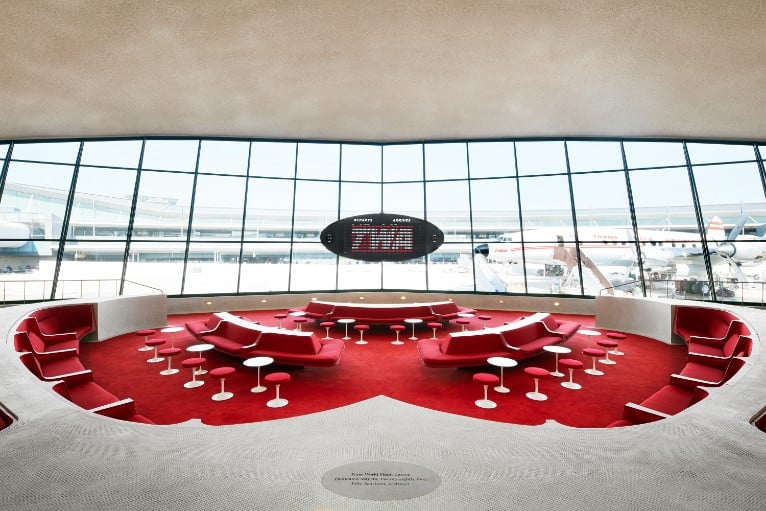 The restoration was led by Beyer Blinder Belle, while the two new hotel wings were designed by Lubrano Ciavarra Architects with interior design by Stonehill & Taylor Architects; Meanwhile, a 50,000-square-foot events center has been completed by INC architecture & design. 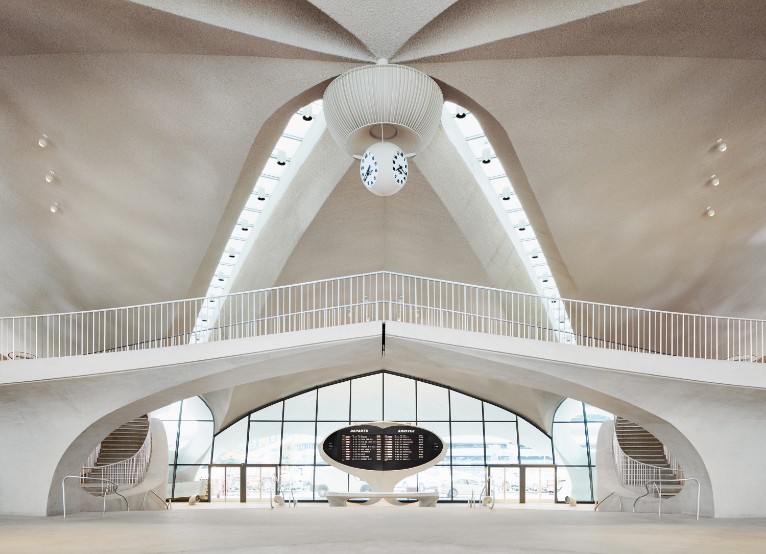 At the center of the TWA Hotel is Eero Saarinen’s iconic TWA Flight Center, where restaurants, bars and retail outlets will take flight. Two hotel wings, designed to reflect and defer to the landmark TWA Flight Center, sit behind the historic building and contain 512 guestrooms with views of JFK’s runways and the TWA Flight Center. 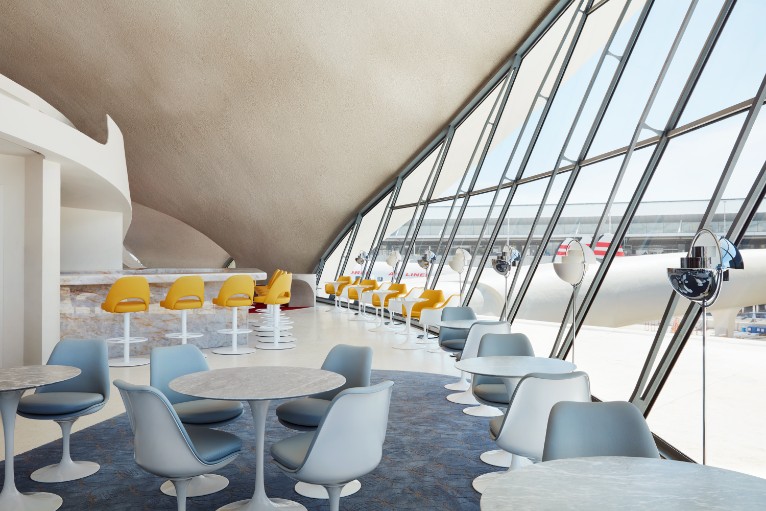 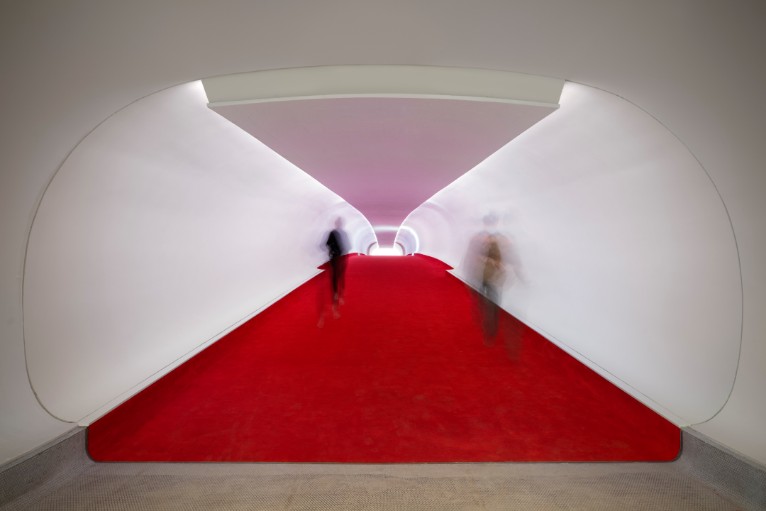 Accessible through Saarinen’s iconic flight tubes made famous by the 2002 film Catch Me If You Can, the rooms designed by New York City firm Stonehill Taylor are accented with warm wood elements and brushed brass. 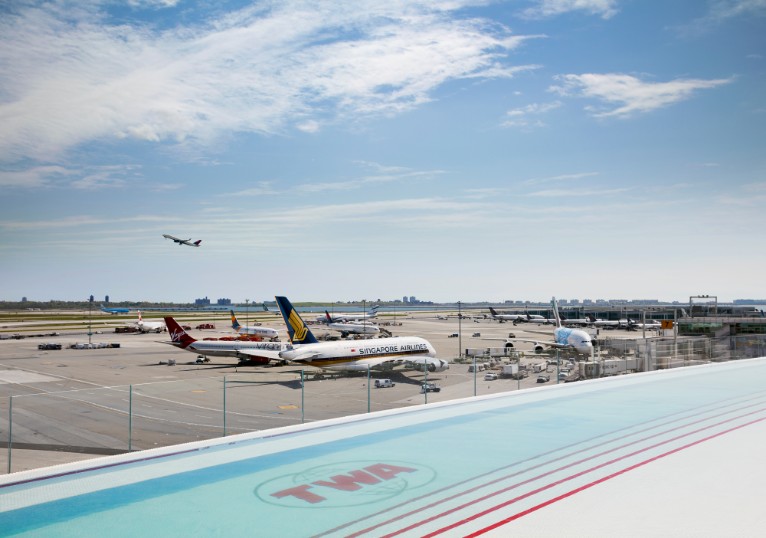