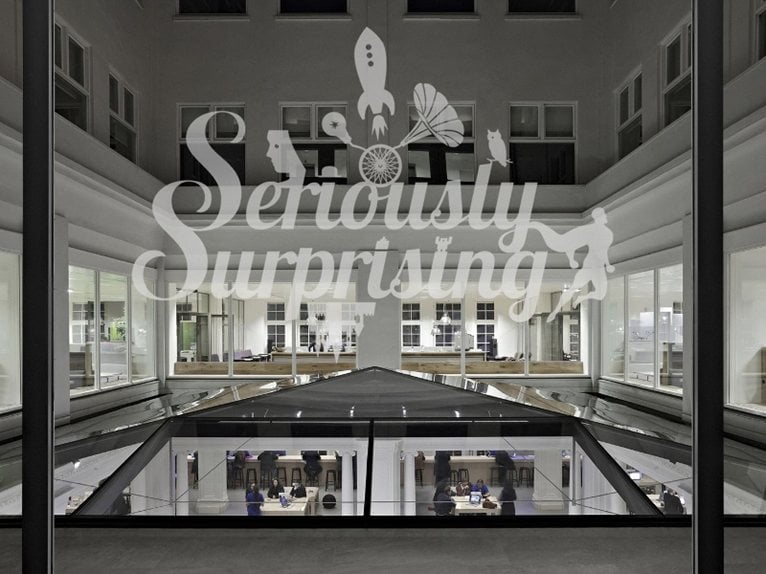 JWT is one of the largest advertising agencies in the United States and the fourth largest in the world. Earlier this year they made their new Amsterdam Offices in Amsterdam, in the historical building Hirsch&Cie, where there is also the Apple Store. The JWT Amsterdam project is the result of a collaboration between the two local designers RJW Elsinga and Alrik Koudenburg. 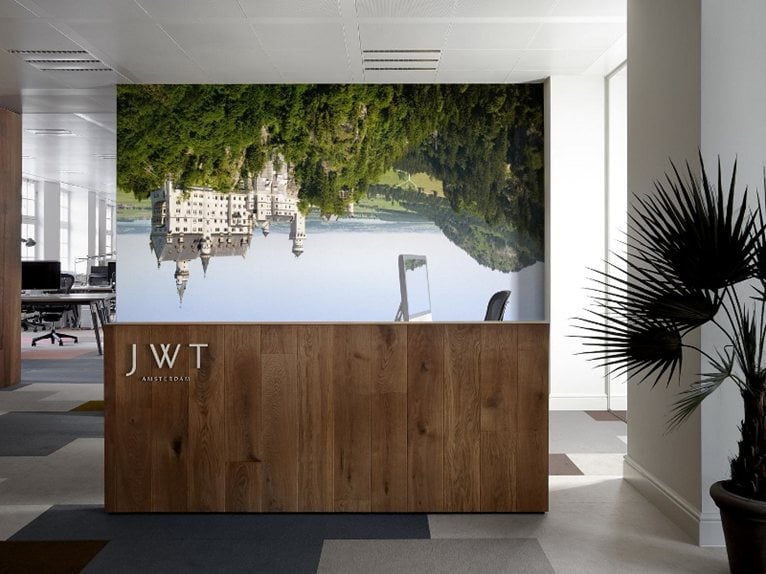 Before the big move, JWT Amsterdam, led by Ralph Wisbrun and creative director Bas Korsten, was completely reorganized according to a new way of looking at work: joking while remaining serious and professional. The philosophy of 'Seriously Surprising' exudes from the entrance to the agency, where, behind every corner, there is an interesting note: from the picture of an upturned castle at the reception, to the meeting room designed like a greenhouse with huge plants, from the tree-like architectural sculptures to the drawings of the Dutch artist Horst Kamp or of the Norwegian Anders Rockum. The visitor does not want to stop but yearns to explore the 1,850 square meters of space that perfectly reflects the agency's motto. 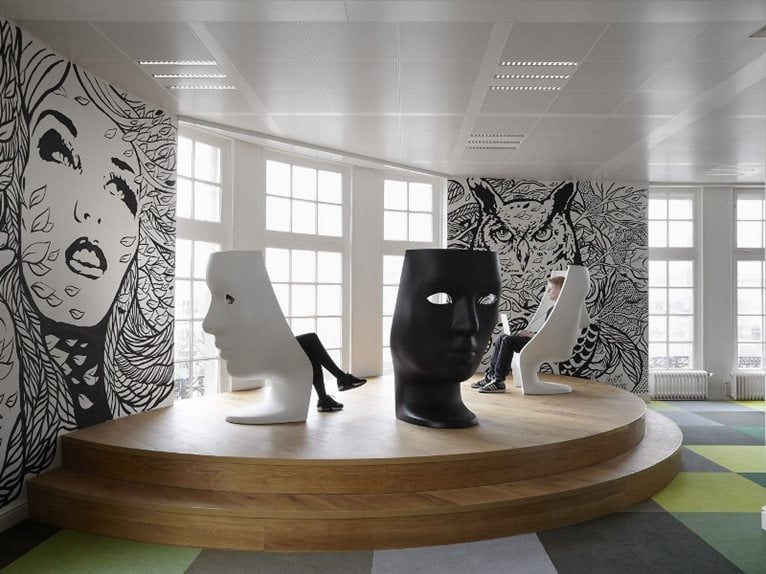 The traditional set up has been revised according to three new departments: 'Think', 'Do' and 'Make'. 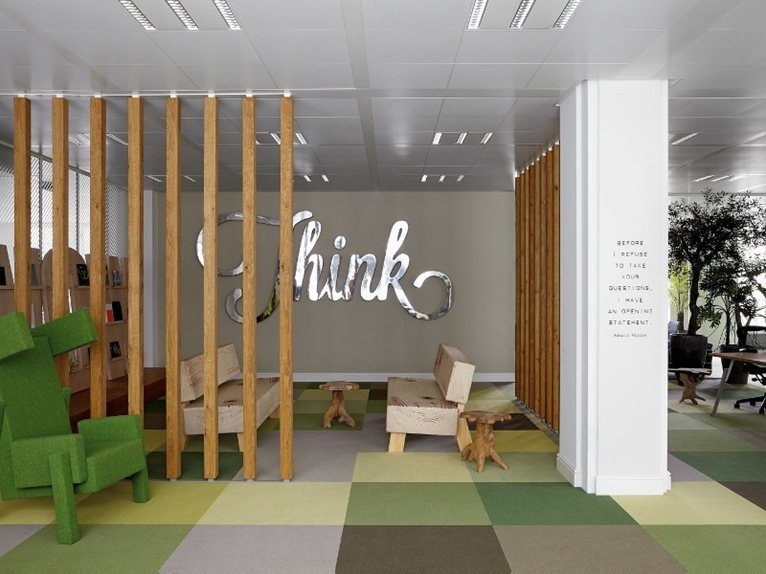 For 'Think' Koudenburg & Elsinga have created an inspiring garden, where you can wander around and let the thoughts flow freely. The space includes a library and a podium overlooking Leidse square. 'Think' is the department where ideas and projects are invented, based on strategies, technology and connectivity. 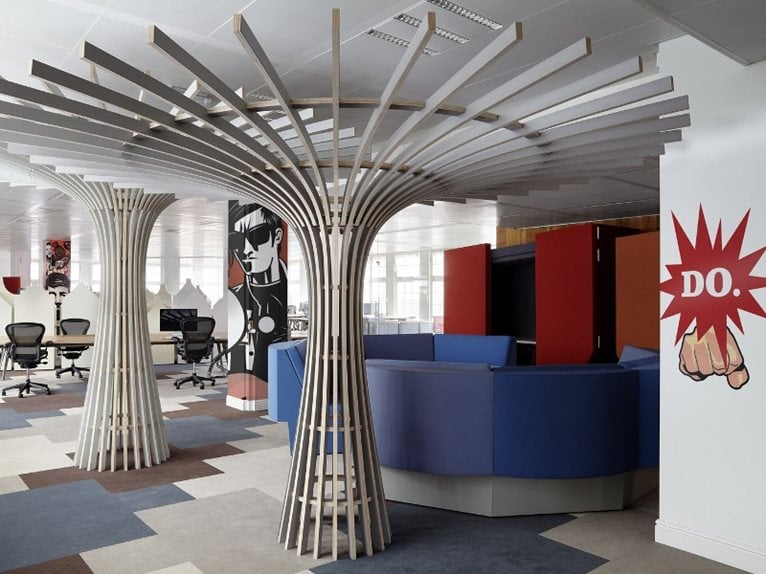 An urban city set up has been given to the 'Do' department is a buzzing beehive in which the JWT staff organize the idea together with a team of concept-, online-, activation- and print producers. 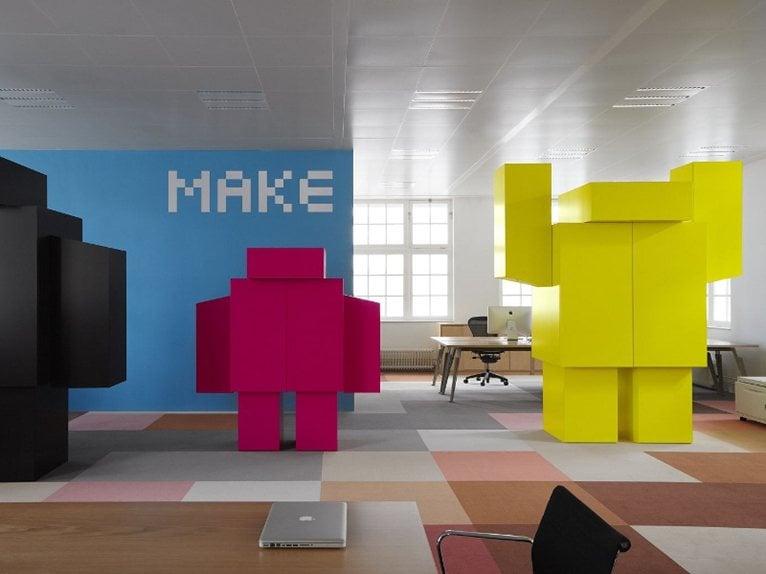 'Make', finally, “looks like a happy factory. You feel like you are in a creative toolbox in which digital craftsmen and women bring their ideas to life.”