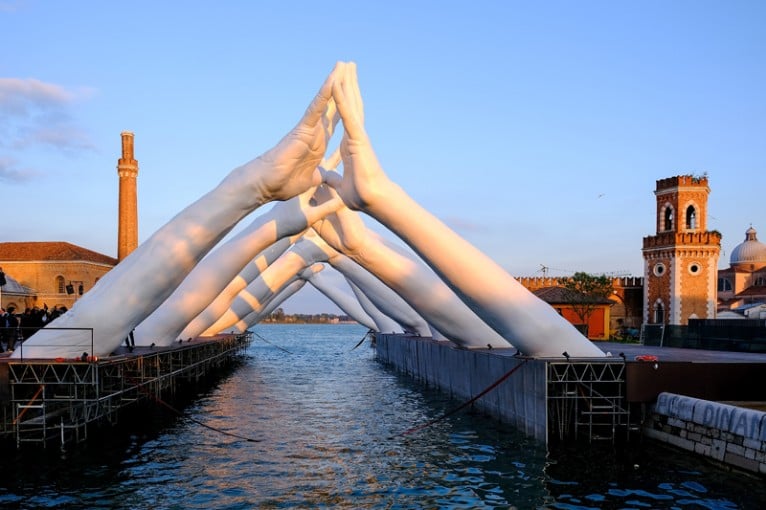 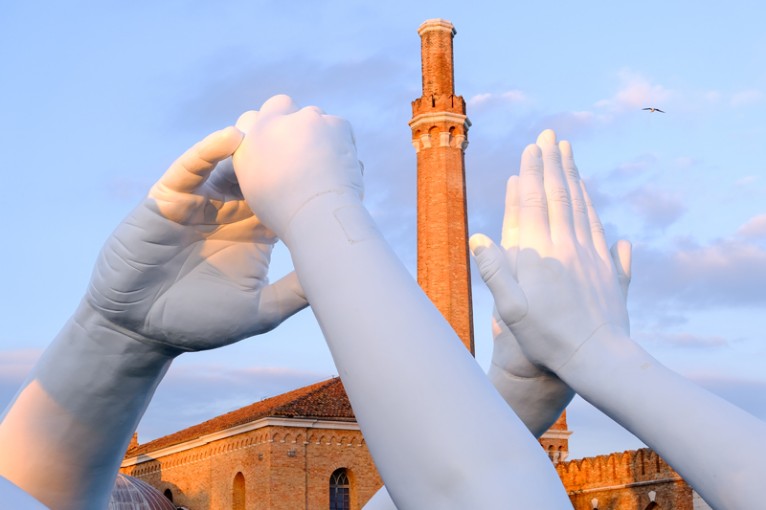 Building Bridges, the pinnacle of Quinn’s artistic expression to date, has been installed in the basin of the Arsenale in the Castello District of Venice. Composed of six pairs of monumental hands, 15 metres high and 20 metres wide, the spectacular sculpture speaks to humanity’s commonality, with an emphasis of bridging differences in all aspects of life – geographically, philosophically, culturally and emotionally.

Lorenzo Quinn said: “Venice is a World Heritage City and it is the city of bridges. It is the perfect location to spread a message of world unity and peace so that more of us around the world build bridges with others rather than walls and barriers.”

“Each pair of the sculpture’s hands celebrate one of six universal human values: Friendship, to build on the future together; Wisdom, to make mutually beneficial decisions; Help, to cement lasting relationships; Faith, to trust in your heart and self-worth; Hope, to persevere in worthwhile endeavours; and Love, the fundamental purpose for it all.”

Quinn – the son of Oscar-winning actor Anthony Quinn - is no stranger to Venice. His Support sculpture of colossal hands reaching out of the Grand Canal was 2017’s most photographed piece of art. 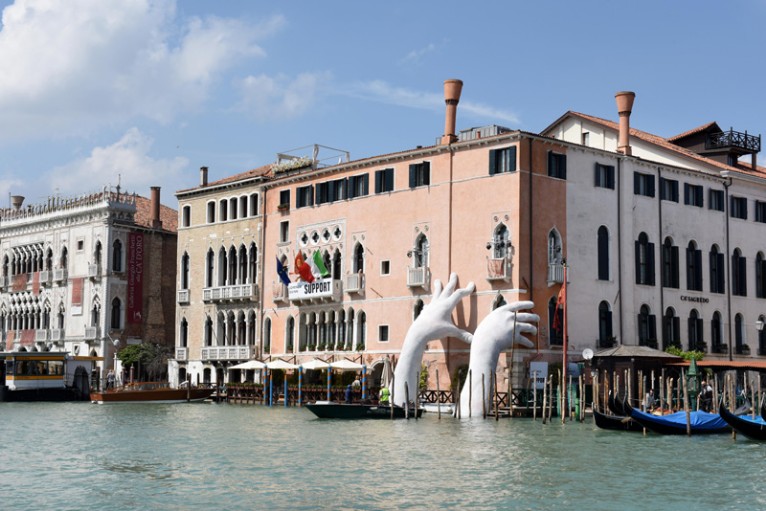 Support drew global attention to the delicate existence of humans wherein human hands are the very tools that can both destroy the world and have the capacity to save it from the looming threat of climate change.

Born in Rome, Quinn spent his childhood divided between the limelight of his father’s film career in the United States of America, and Italy where he first fell in love with painting and architecture. After studying at the American Academy of Fine Arts in New York he quickly turned to sculpture and the mastery of hands as the medium of his energy and originality. Quinn now resides in Spain with his wife and three sons where he works from his foundry in Barcelona. There he hand-makes everything from intimate, delicate pieces to monumental public art sculptures seen around the world in Doha, Shanghai, St Petersburg, New York, Singapore, Monaco, Barcelona, India, Rome and London.

The leading figurative sculptor whose work is inspired by such masters as Michelangelo, Bernini and Rodin will exhibit in London at the Halcyon Gallery from 29 April to 30 June. The Halcyon Gallery has represented Quinn’s work for the past twenty years. With three galleries in London, Halcyon specialises in modern and contemporary art, and works closely with emerging and established international artists to produce world-class art exhibitions that translate to a global audience.

Director of Halcyon Gallery Ehud (Udi) Sheleg said: “Lorenzo has become one of contemporary art’s most compelling creators. We are proud to support him in fulfilling his dreams by turning his ideas into reality.”

President of Halcyon Gallery Paul Green said: “Lorenzo Quinn has always spoken a universal language, wherever in the world his artwork is placed it creates an immediate impact, whether it be in Mumbai, Venice, New York or Shanghai. Building Bridges is his most ambitious project to date both in scale and thought, and will send a unifying message of hope around the world.”

Building Bridges is open to the public in Venice’s Arsenale from May 10. 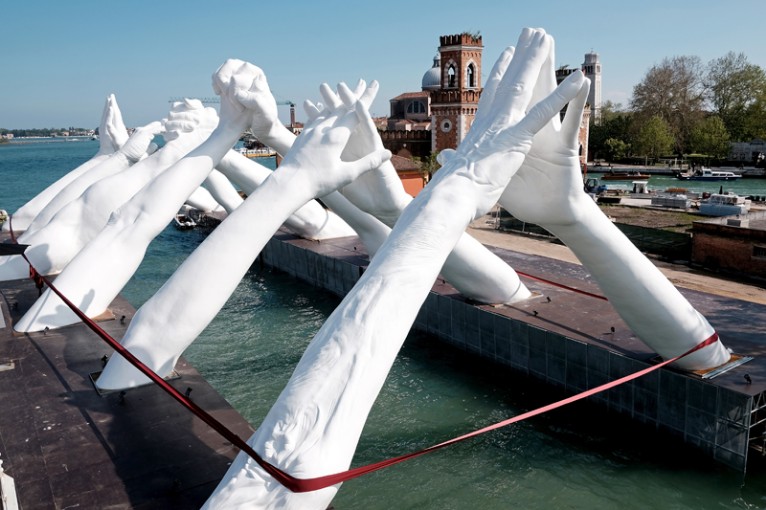