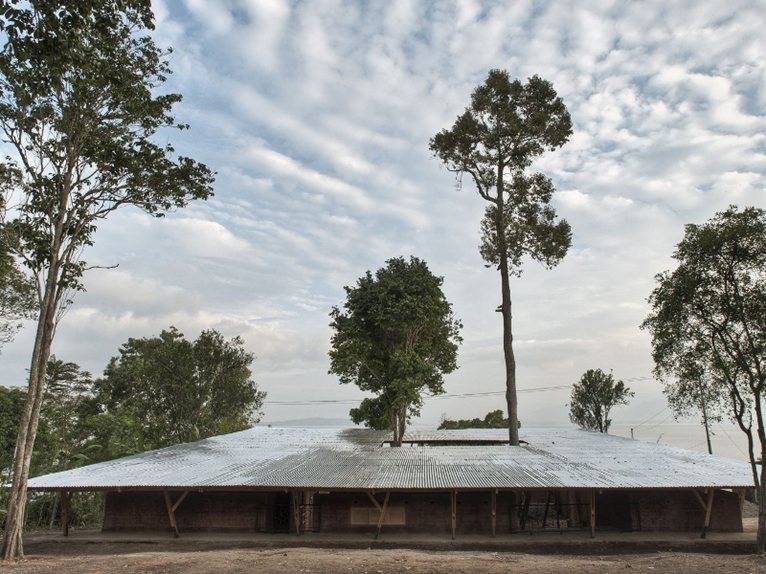 The idea of a training centre for workers engaged in the production of cinnamon, was created in 2010 when the French investor Patrick Barthelemy, following a trip to Indonesia, decided to invest in the sector. 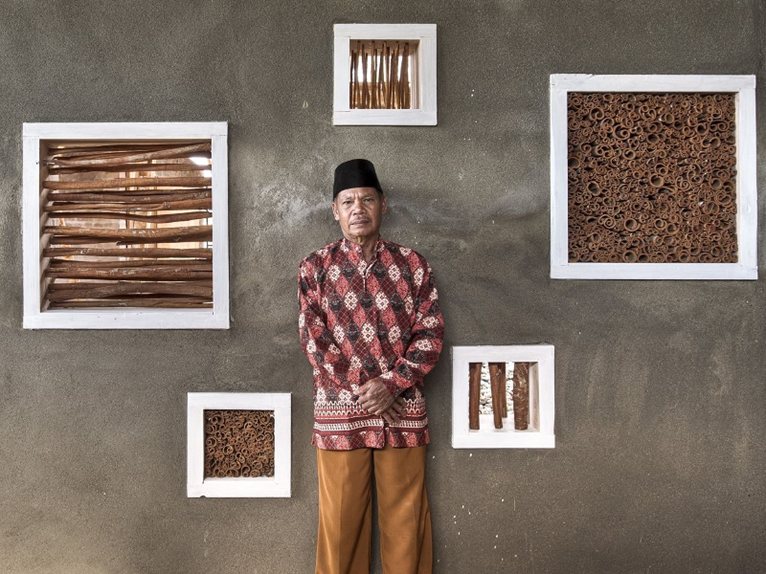 “The area of Sumatra produces 85% of the cinnamon consumed in the world, but the sad side of the story is represented by the exploitation of workers who are deprived of rights, underpaid and working in centres without safety and hygiene laws” explain Tyin Tegnestue Architects “Cassia Coop centre has become the only centre with the ambition to be better than its competitors, not only from the quality point of view, but above all from an ethical viewpoint.” This complex houses several services for the workers like a health centre and a school for the local farmers. 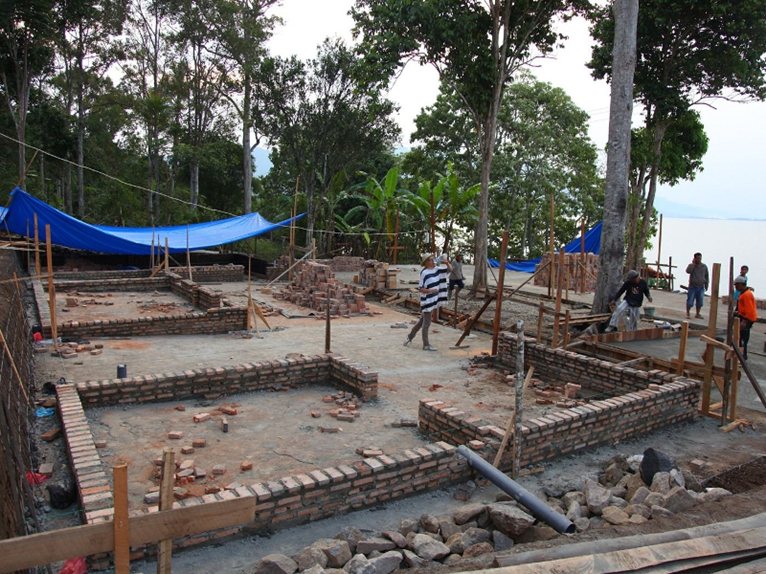 The wooden structure is built on concrete foundations, guaranteeing a sufficient resistance to the earthquakes that frequently occur in the country. The walls are made of bricks produced by local artisans and window frames made of wood coming from the by-product of cinnamon trunks.

To meet anti seismic requirements, the functions have been divided into separate blocks, grouped around a central courtyard and linked by a continuous roof, covered with sheet metal and bamboo mats. 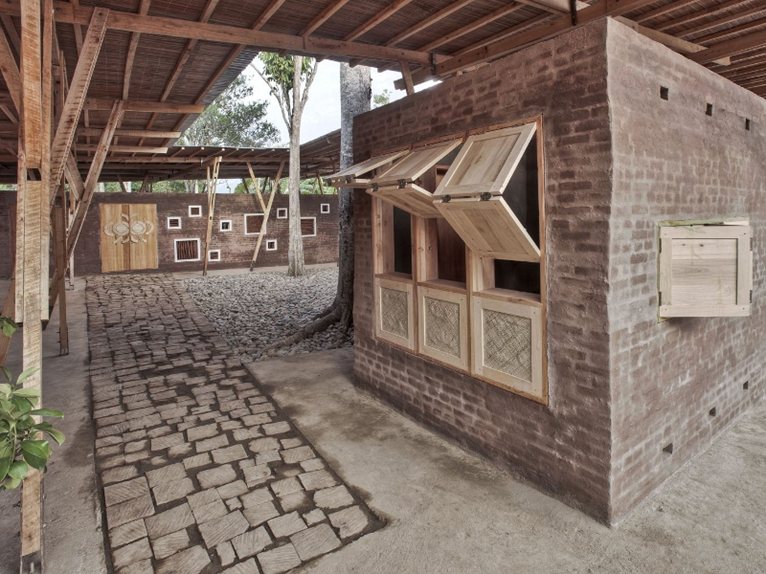 The composition of the façades, vindicates the formal value of the intervention through the seemingly random design of different-sized openings, made of lattices of cinnamon sticks. 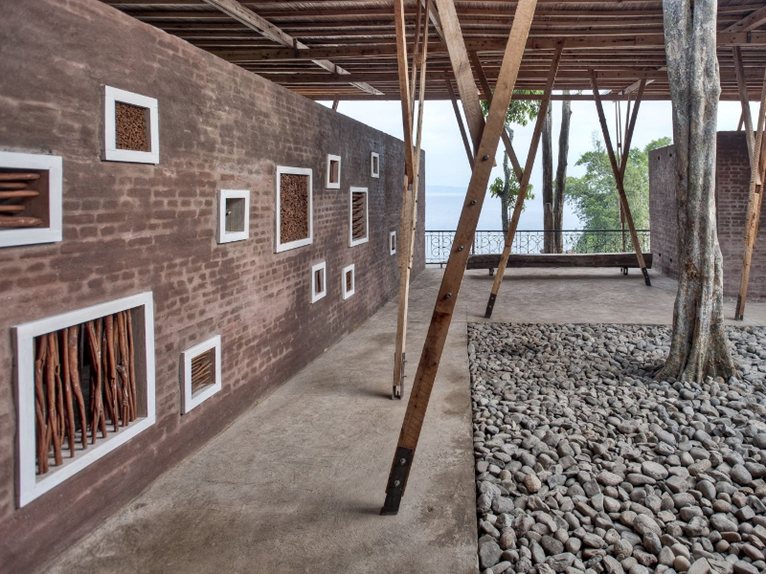 The complex was built in only three months using local labour, which meant that the community could be made aware of the importance of the initiative, stressing even more the social sustainability of the project. 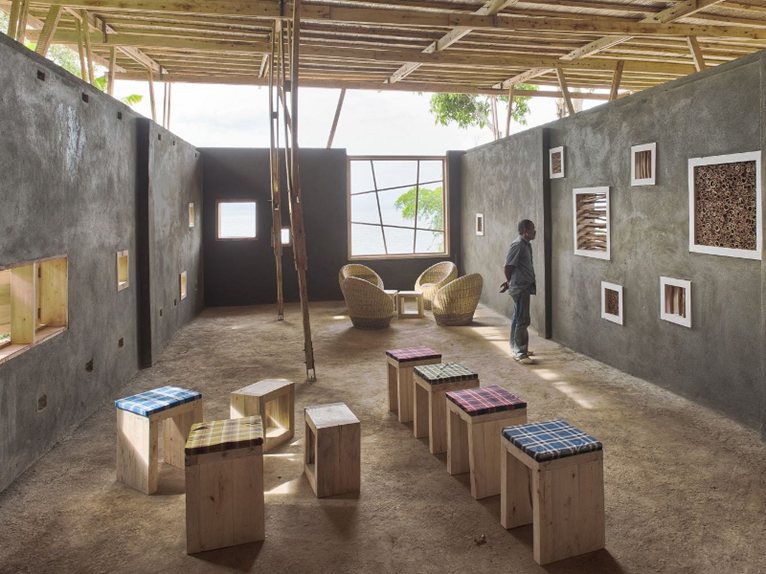 The architectural office created by the Norwegian duo, Yashar Hanstad and Andreas G. Gjertsen, won an award at the 2012 European Prize for Architecture.