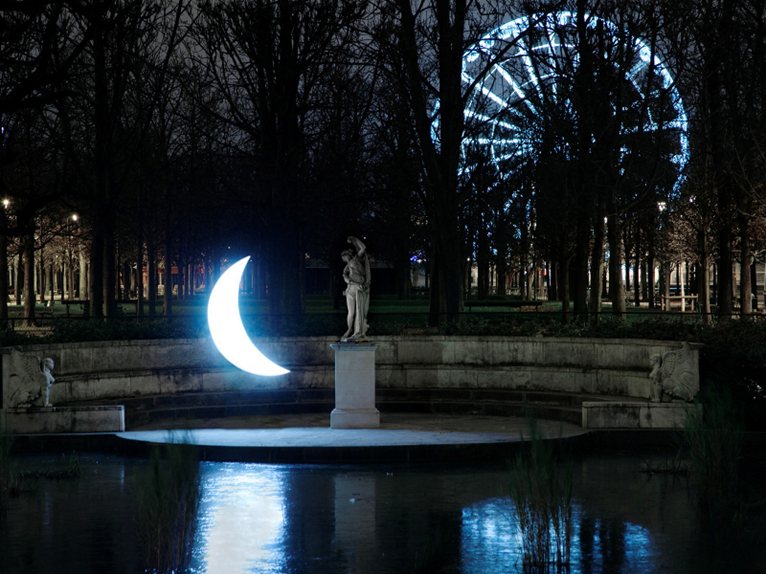 'Private Moon' (2003 until now) is a project by Russian artist Leonid Tishkov. Leonid and his illuminated moon have since traveled the world – Russia, New Zealand, The Arctic, Japan, China, France, Italy and more. Private Moon, is amobile installation and visual poem telling the story of a man who met the Moon and stayed with her forever. 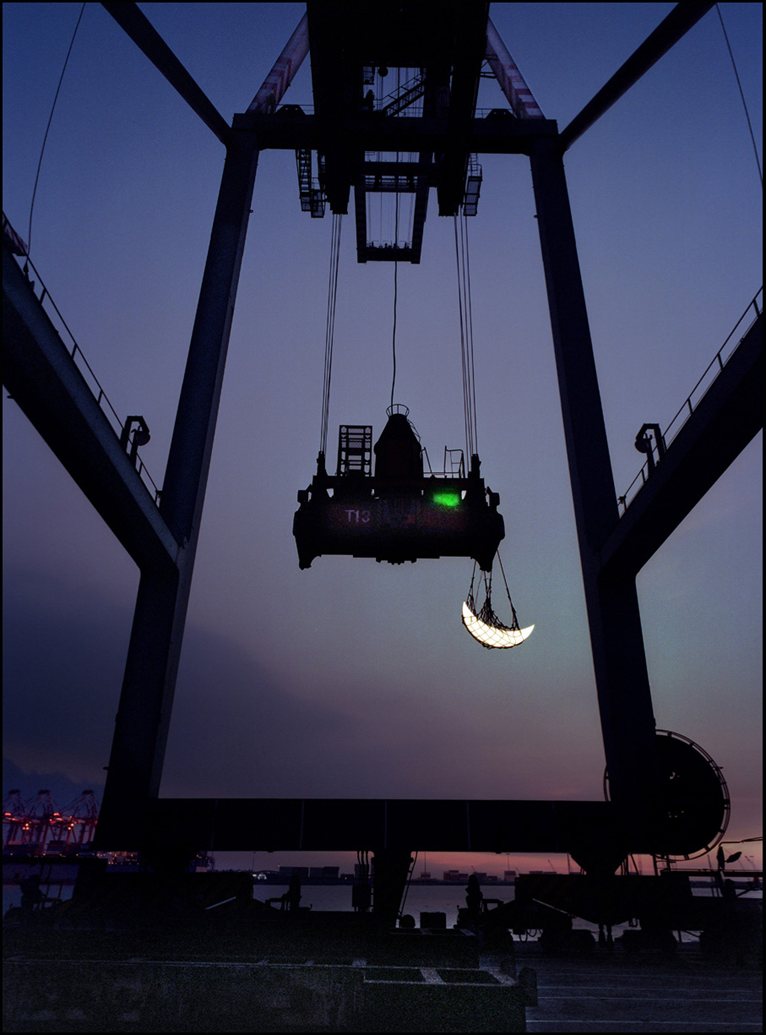 “Ten years ago I created this installation with the glowing moon at one of the festivals of contemporary art. I wanted to make a picture of the reality of my favorite artist – Belgian surrealist Rene Magritte. After  that I brought the moon to the roof of my studio on a skyscraper on the South of Moscow, where she shone to me personally, and brightened my loneliness”. 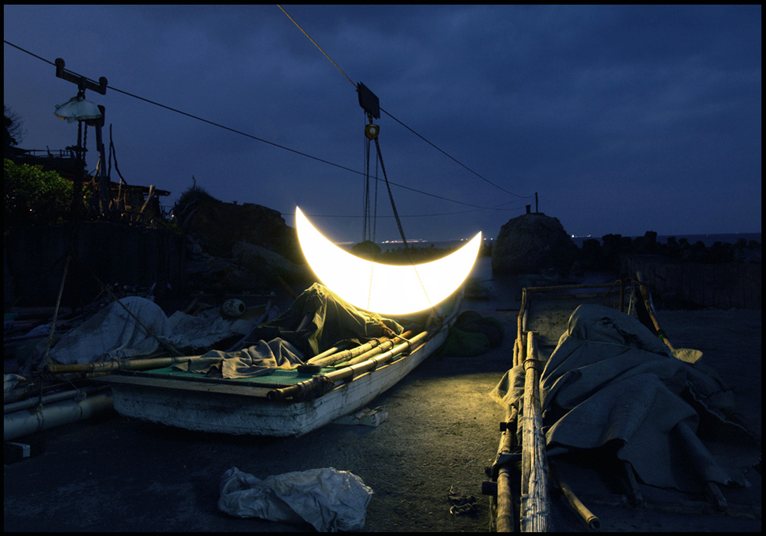 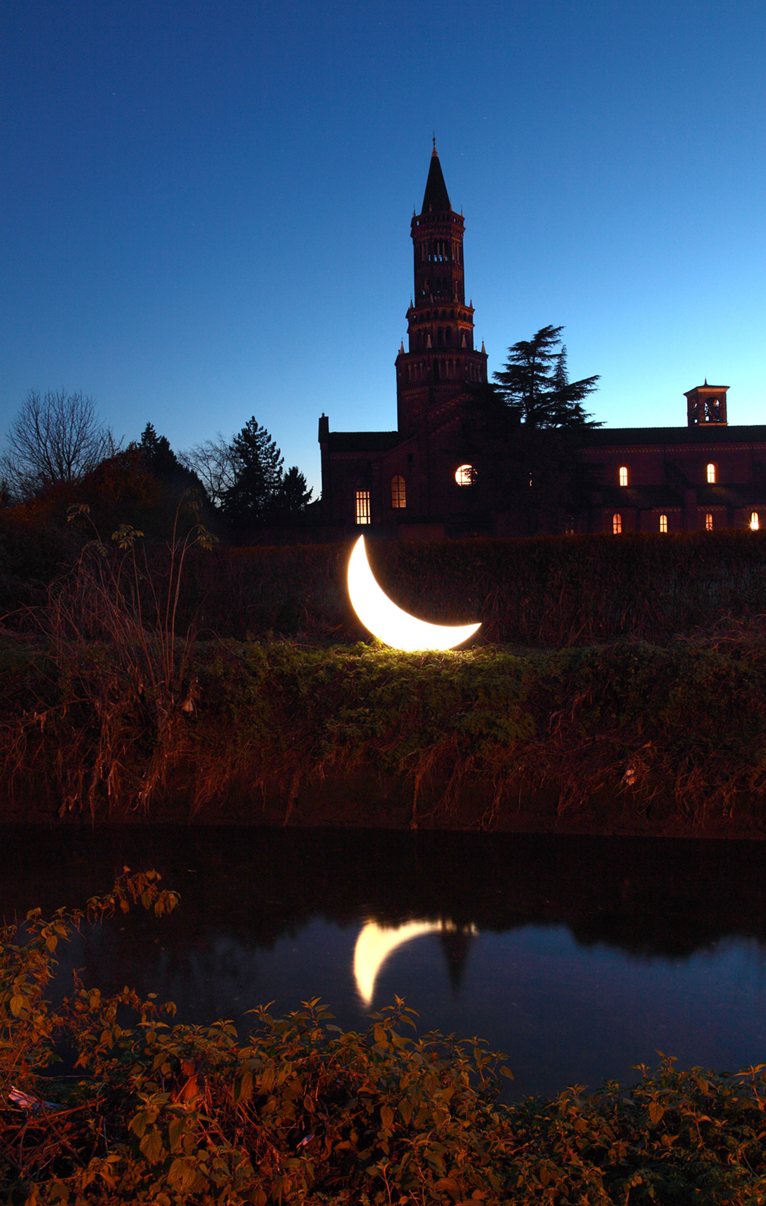 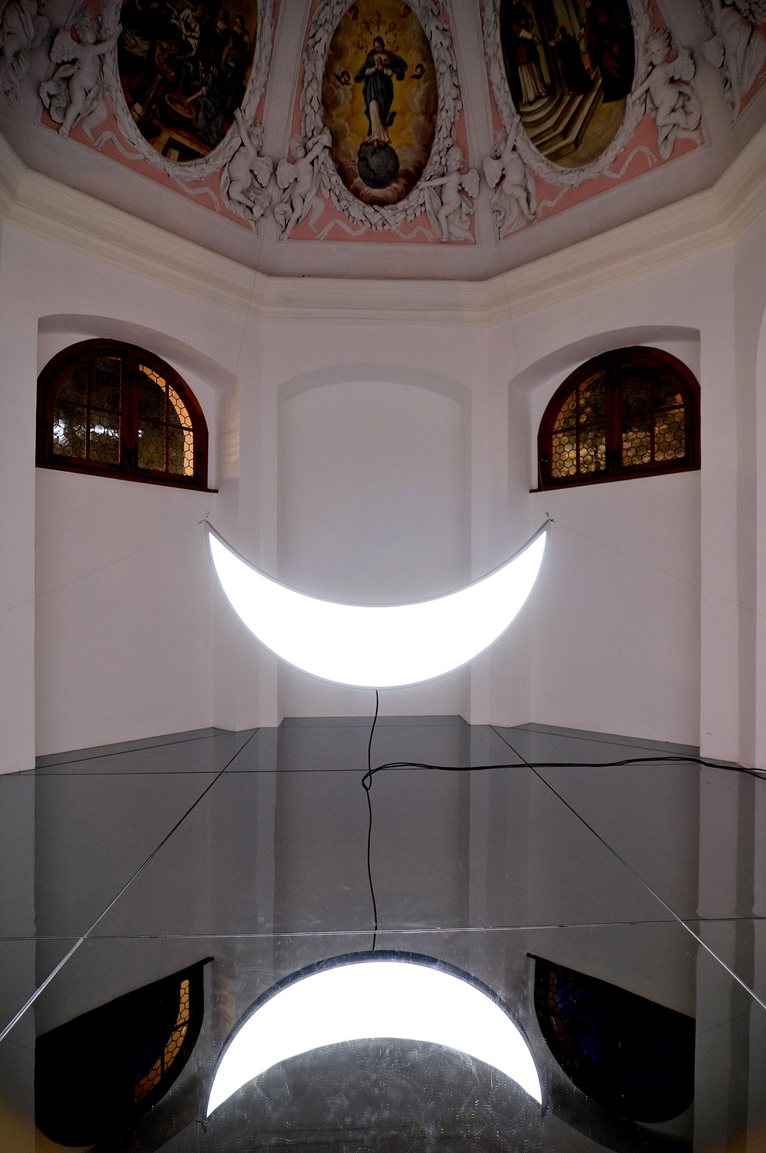 “I initially did this project for myself, then it became public.” – Leonid says – “The beginning was in Linz, Austria, in 2009, when I offered to take anyone to the moon and make a personal light installation where they live. For more than six months the Moon traveled from person to person. Everyone could feel like an artist, everyone could experience a touch of poetry. Also – the object (moon) multiplied… Arctic Moon consists of four parts – two-meters would not fit to the plane that flies from Tromso to Longirbyuen. Finally, in China this year, it has grown to a full moon!” 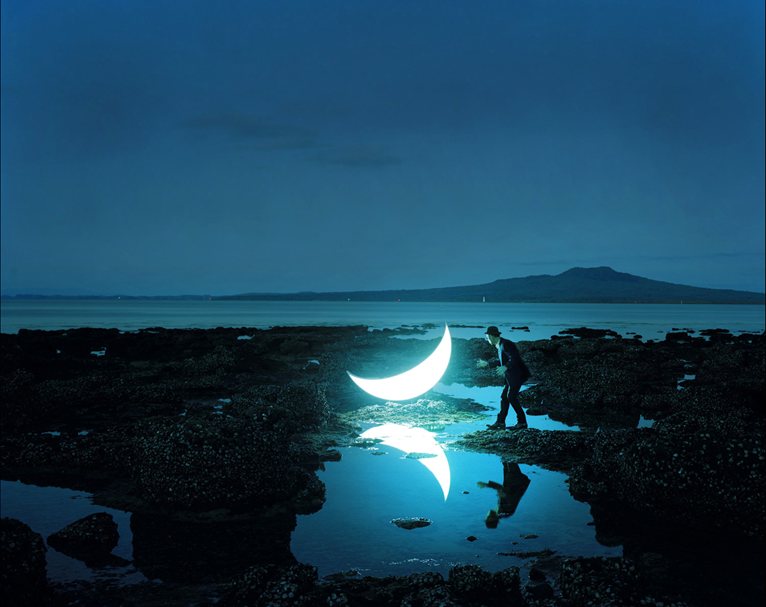 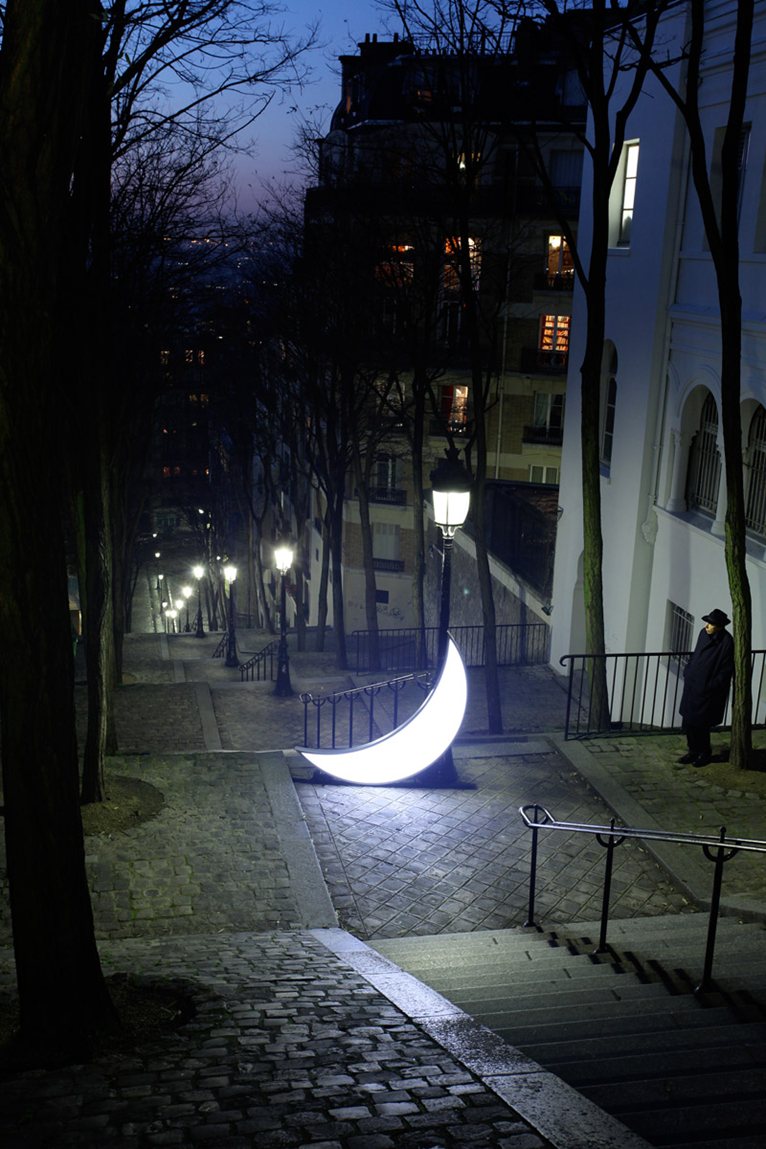 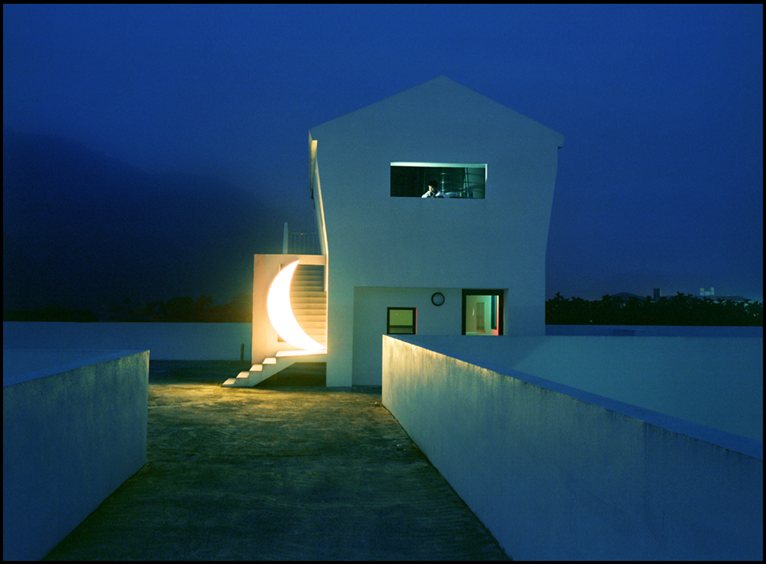 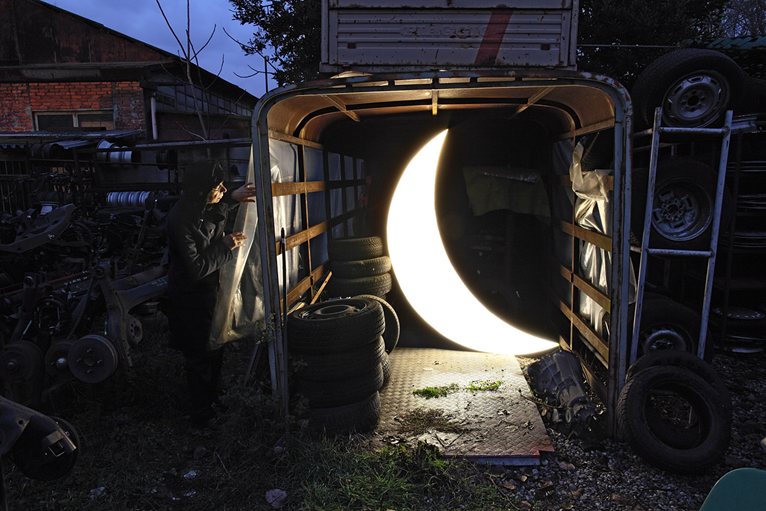 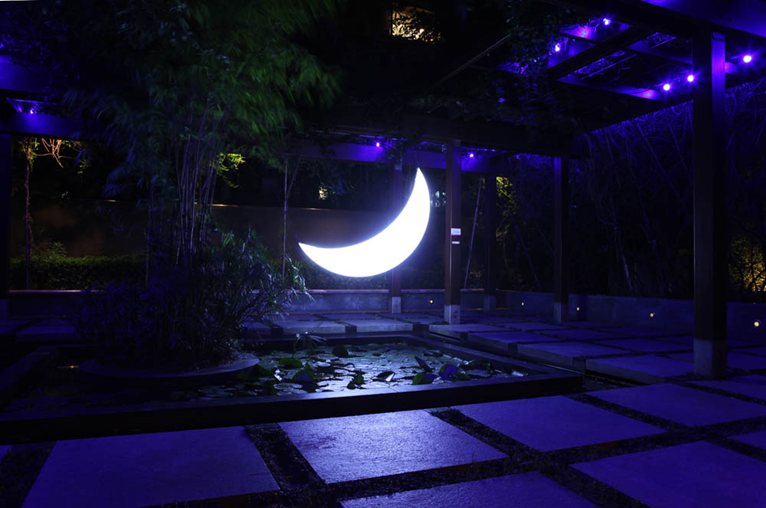 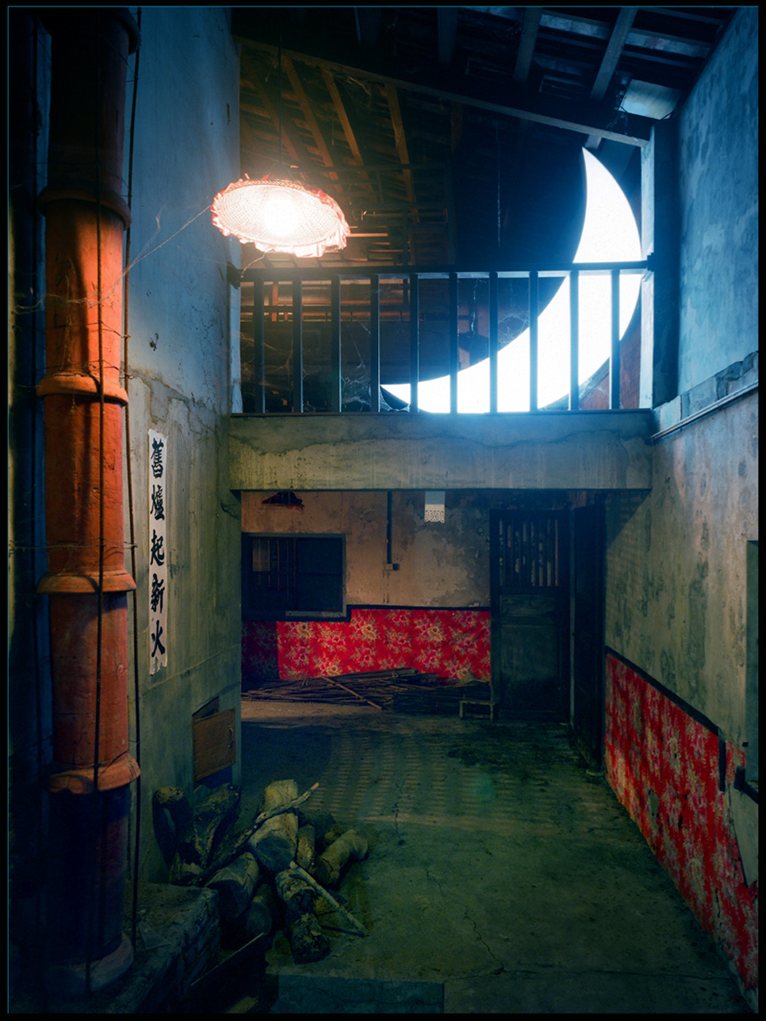 More about the artist http://leonid-tishkov.blogspot.com