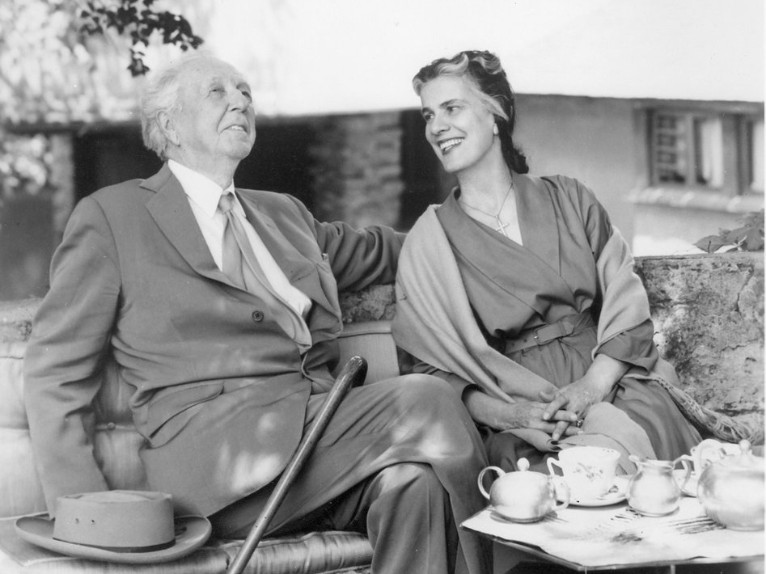 Brilliant conceptual architect, founder of influential movements that shaped the history of design, famously saluted by Simon and Garfunkel in one of their most beloved pieces.

From abandonment to murder, imprisonment to catastrophe, not even the grave could spare the legendary architect from the torturous path along which his heart led him.

Frank Lloyd Wright was only 22 when he married Catherine Lee Tobin, known as Kitty. He left her in 1909 after 10 years of marriage and almost as many children for the wife of his commissioner, Edwin Cheney. It took 14 years for Kitty to concede a divorce. The Cheney House was one of the early examples of Wright’s famous Prairie style, nestled in the Historic Prairie District of Oak Park, Illinois. Did Edwin Cheney ever really enjoy it? 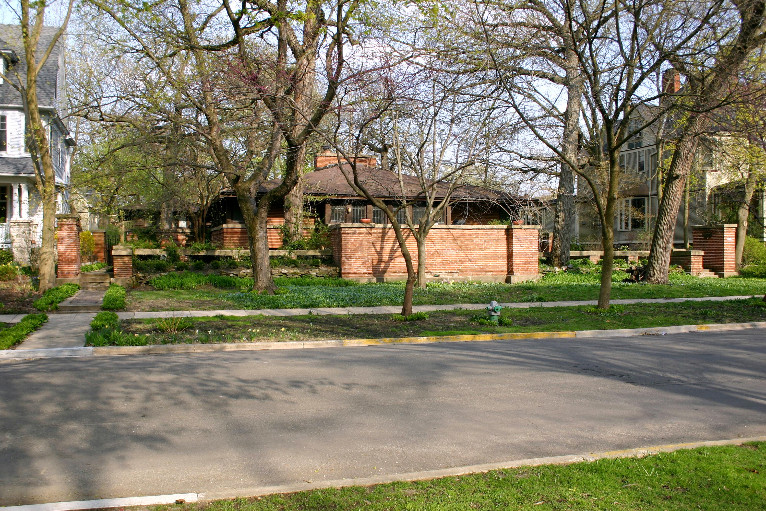 Meanwhile Wright and Mamah Cheney continued their affair until they finally eloped to Europe, causing great scandal in the newspapers back home. When they returned a year later, Wright used his mother’s name to purchase an estate in Wisconsin. At the Taliesin estate, he began construction on an extensive love shack so that Mamah and he could live far from the madding crowd. The plan was not successful: Taliesin has gone down in history as one of the most tragic love shacks of all time. 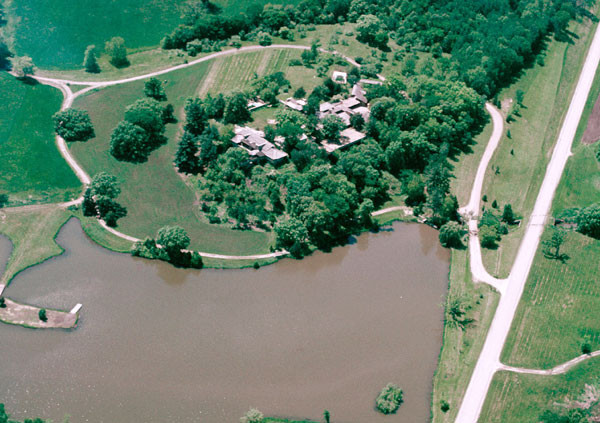 In 1914, a male house attendant at Taliesin set fire to the property, going on an uncontrolled murder spree with an axe, killing Mamah, two of her children, and four more workmen who were at the house, before ingesting hydrochloric acid in an unsuccessful attempt at ending his own life. Wright was away working in Chicago at the time. 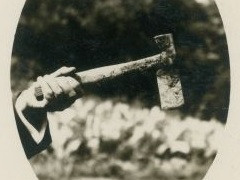 It wasn’t until 1923 that Wright remarried, once the divorce with Kitty had finally been settled. His third relationship – with Maude Noel, with whom he corresponded following the Taliesin fire – was short-lived. The end of the marriage is attributed to Maude’s morphine addiction. 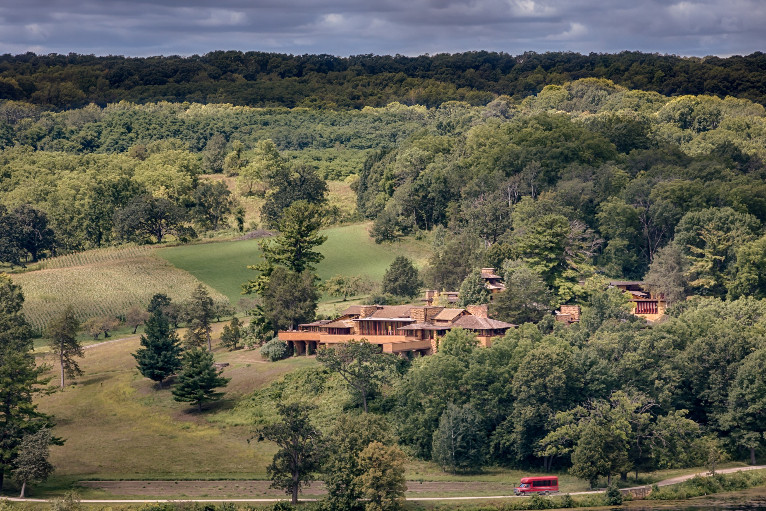 Luckily Wright was able to find comfort in the affection of Olga Hinzenburg, known as Olgivanna, in the last throes of his marriage with Maude. The divorce had not yet been finalized when, in 1925, Wright moved with Olgivanna into Taliesin and they had a child together. It was not long before the ill-fated love shack caught fire once more, this time due to a crossed-wire accident, destroying Wright’s prized collection of Japanese prints worth upward of $250,000. As wires crossed, so did the stars for F. L. Wright... 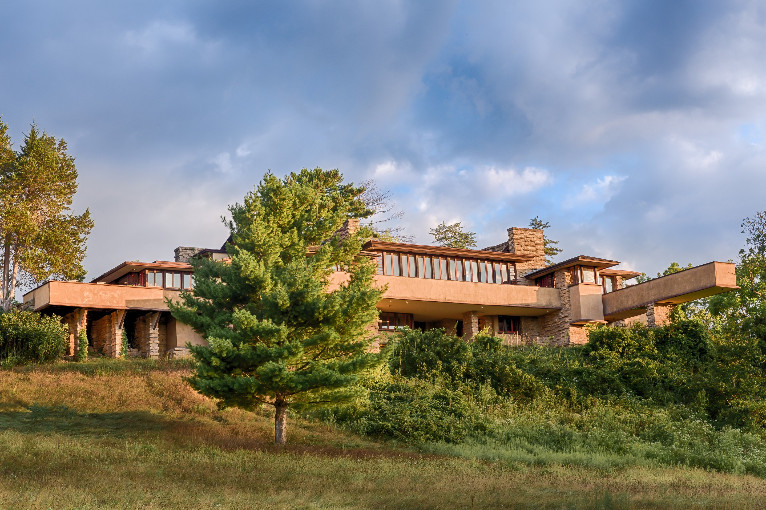 In 1926, Olgivanna’s ex-husband filed for custody of Svetlana, Olgivanna’s daughter. The couple were arrested after accusations of violating the Mann Act, which addresses prostitution and human trafficking. The charges were dropped, and perhaps with this further test of the strength of their relationship, Wright and Olgivanna married in 1928, after the divorce with Maude was finally settled. They remained together for the rest of their days. 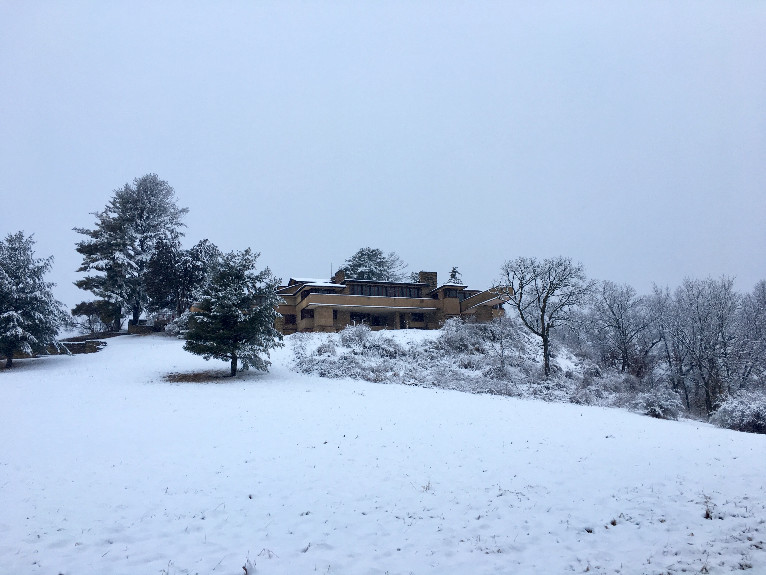 After Wright’s death, and against his wishes, Olgivanna had Wright's body removed from his resting place in Wisconsin to be cremated, mixed with her ashes and used in the walls of a memorial garden to be built on the grounds of their home at Taliesin West.

Perhaps in the end this truly was the Wright match for the indefatigable innovator.