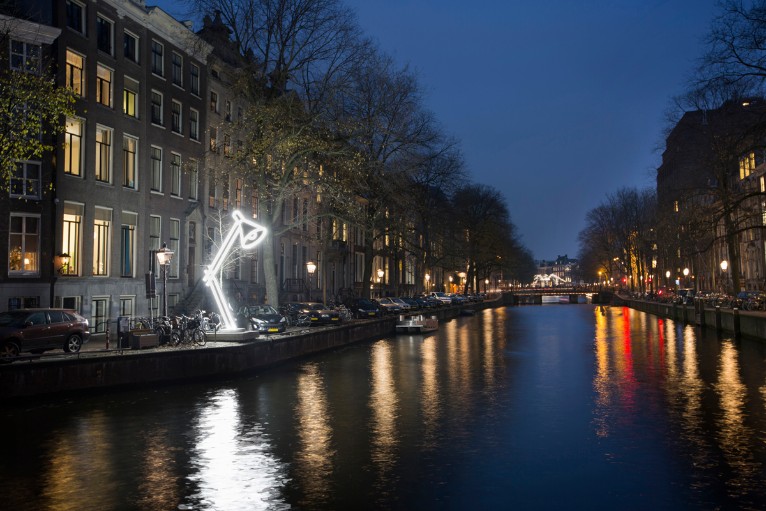 On Thursday 29 November the seventh edition of Amsterdam Light Festival officially started. Until 20 January visitors can admire the light artworks, made by artists from all over the world, in the historical city centre of Amsterdam. This year the festival presents one exhibition that visitors can experience by boat, bike or on foot.

All artists were inspired by the famous oneliner of media scientist Marshall McLuhan: 'The Medium is the Message'.

Guest of honour Jeroen Henneman designed the installation Two Lamps for the exhibition and a smaller version - One Lamp - is available as a limited edition via the festival.

For the first time, ever visitors can vote for their favourite artwork, the Public Award will be presented in the last weekend of the festival. 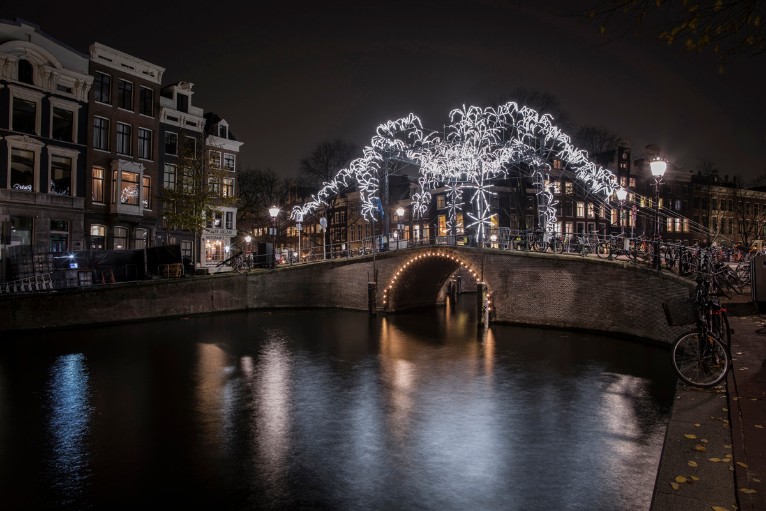 Smartphones and shadow plays
The sculpture Absorbed by Light by the British Gali May Lucas shows three figures sitting next to each other on a bench, their heads bent down and their faces lit up by smartphone screens. The figures are physically present, but their attention is elsewhere. Visitors can experience the effects of these poses on others by taking place in between the figures. Shadows play a leading role in the artwork Shadow Scapes by the South-African Marcus Neustetter on the facade of the Scheepvaartmuseum. He recreated various objects from the museum's collection as a flat silhouette and projects them on two sides of the building. By lighting the silhouettes with multiple lamps the shadows create different patterns and imaginary landscapes. 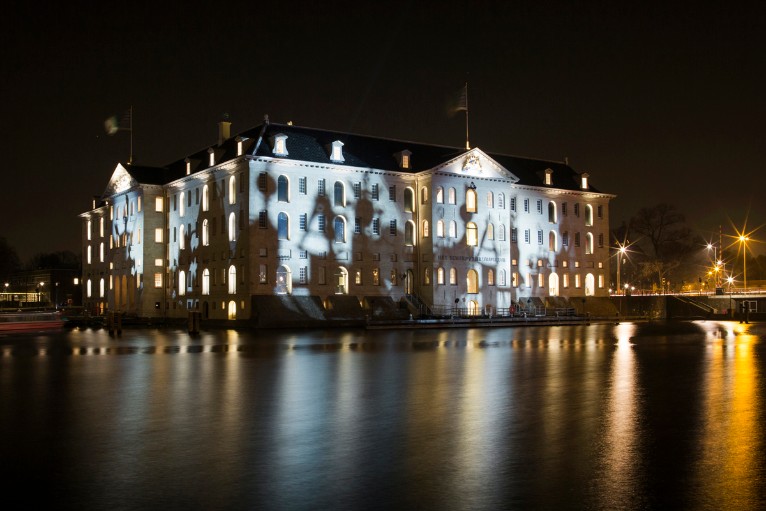 Art and science
The German artist Stefan Reiss combines art and physics in his artwork O.T. 976. Reiss was inspired by the famous string theory which states that everything in the universe is connected by small vibrating strings. The artwork is composed of three planes, that each consist of dozens of cables, functioning as a screen for a continuously changing composition; a form that could unfold endlessly. The Hungarian Koros Design also combines art and science. The moving lights in the inflatable installation A.N.N. (Artificial Neural Network) show a process that is similar to our brain activity. These artificial neural networks are one of the most influential media of our times: they are used for speech recognition, self-driving cars and personalised filters on social media. 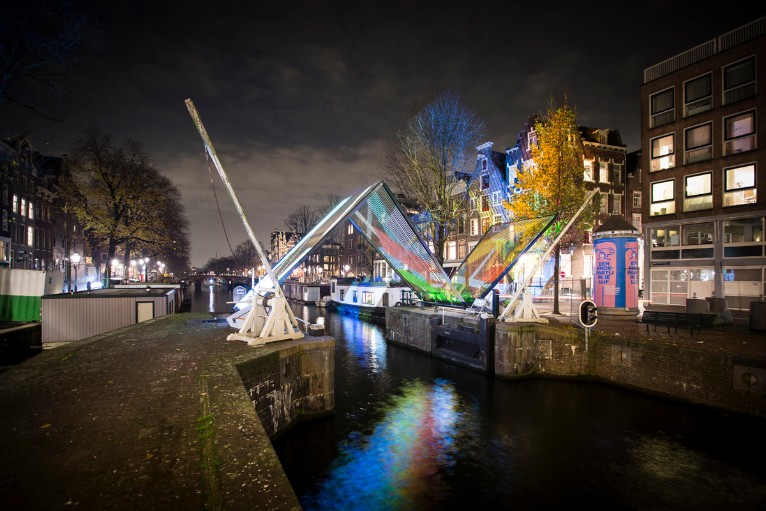 Special collaborations
The seventh edition of Amsterdam Light Festival knows several special collaborations. The festival asked art historian Koen Kleijn to collect ten city stories in which he looks for the connections between Amsterdam and the theme 'The Medium is the Message'. The cultural agency Artifex presents 'De Lichtcode', a mysterious and humorous theatre play on a boat. Various organisations chose to support one of the artworks from the exhibition. The Van Gogh Museum supports the artwork Starry Night - inspired by Van Gogh's famous painting of the same name - by Serbian artists Ivana Jelić and Pavle Petrović. 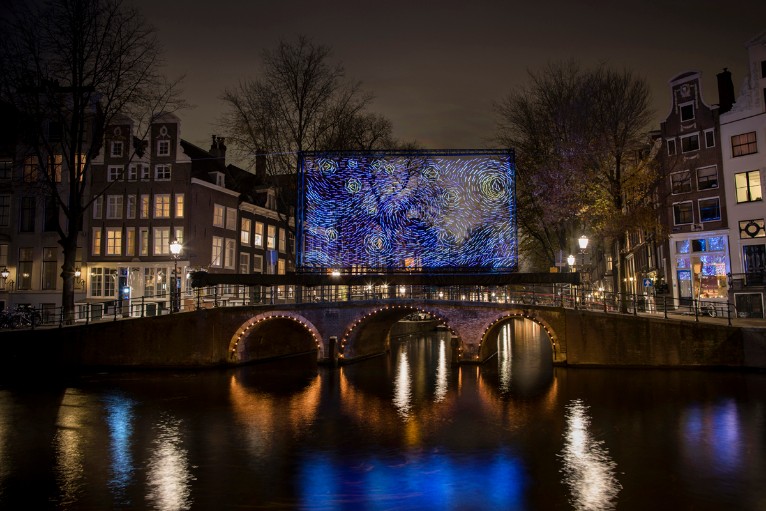 Canal Tours Amsterdam - part of Stromma Netherlands and founding partner of the festival - supports the work Desire. "This artwork immediately appealed to us: two red lips which together form a mouth and a heartbeat when looked at from the side. A heart that passionately beats for the city, that's what made us feel connected," says Peter Duwel, General Manager of Stromma Netherlands. 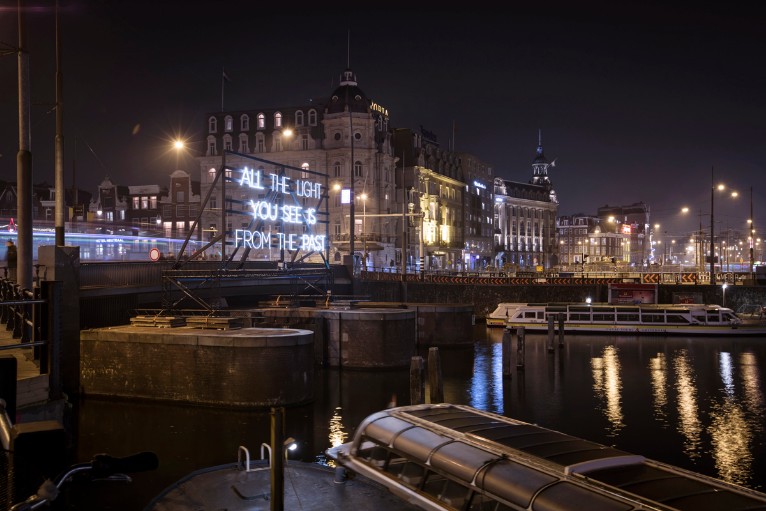 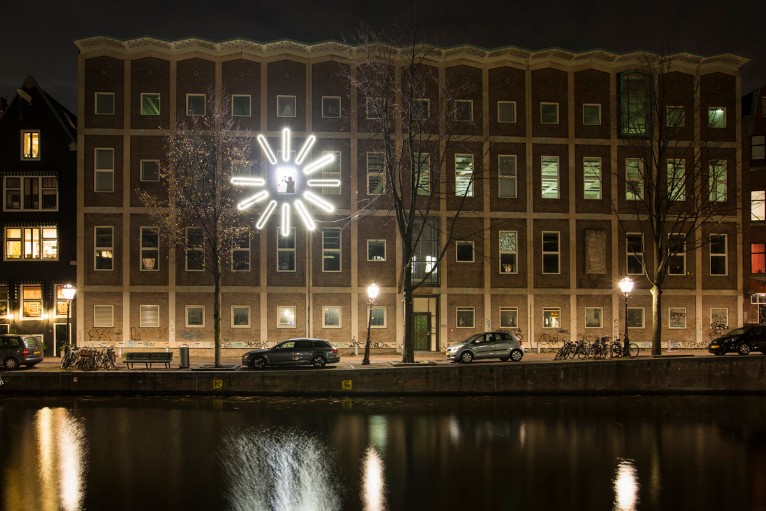 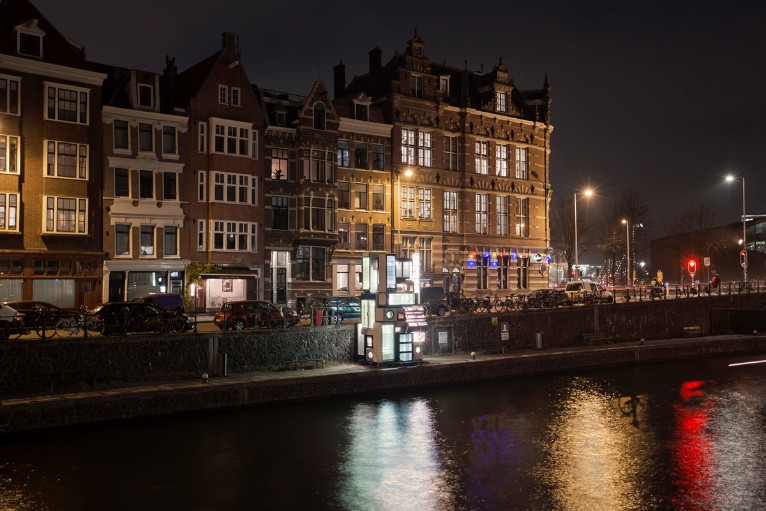 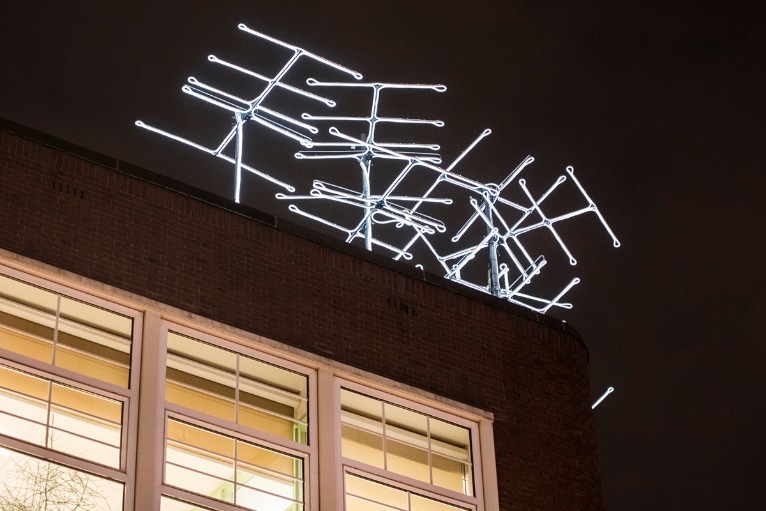 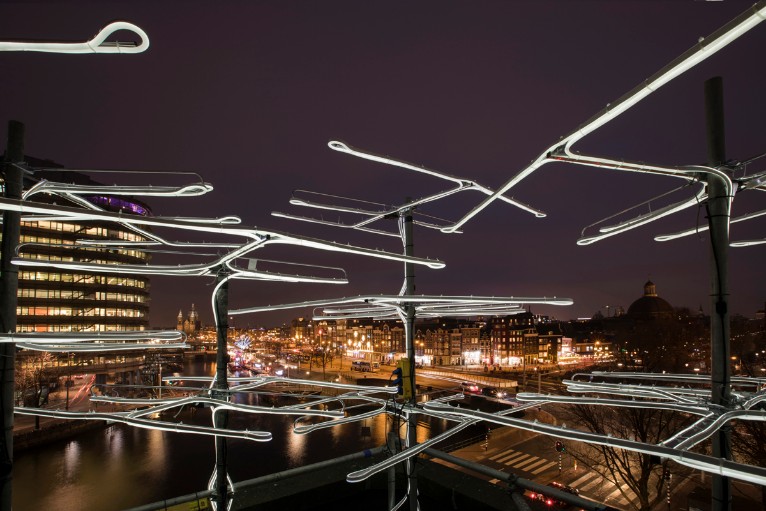 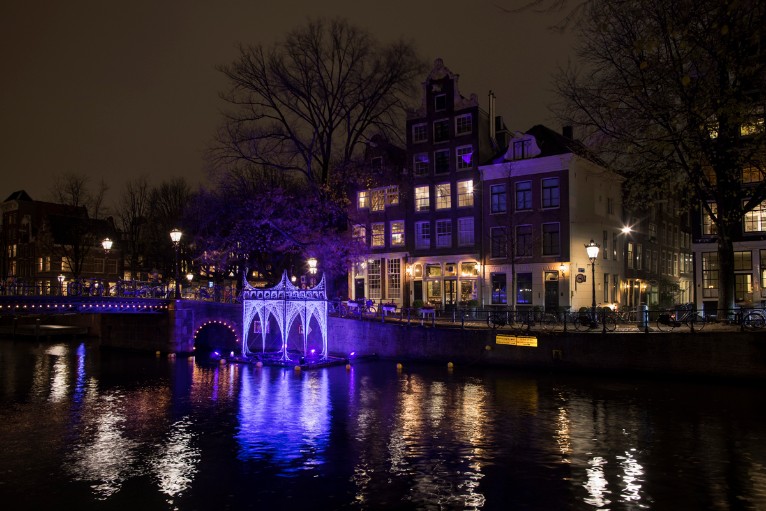 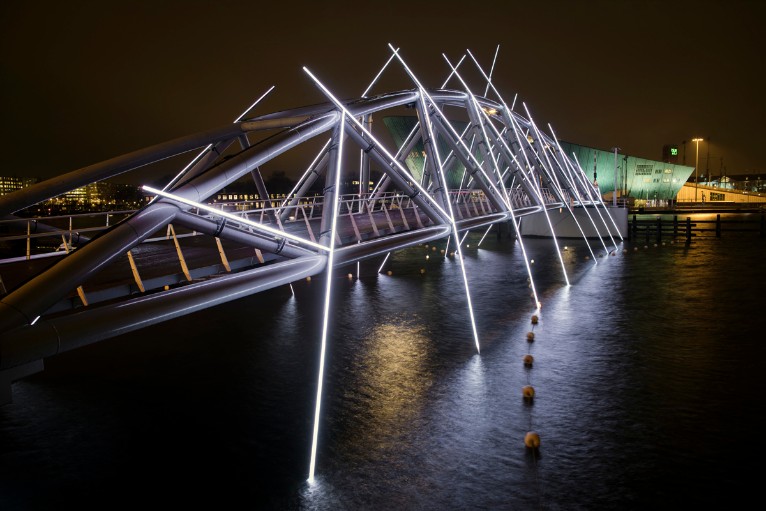 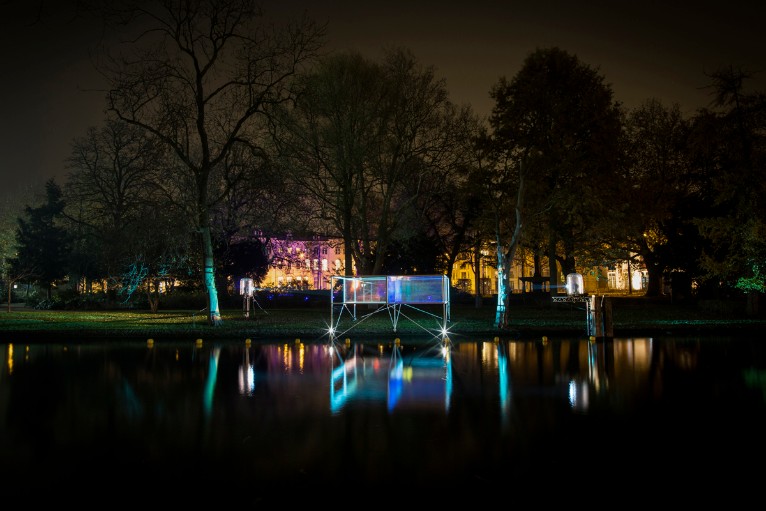 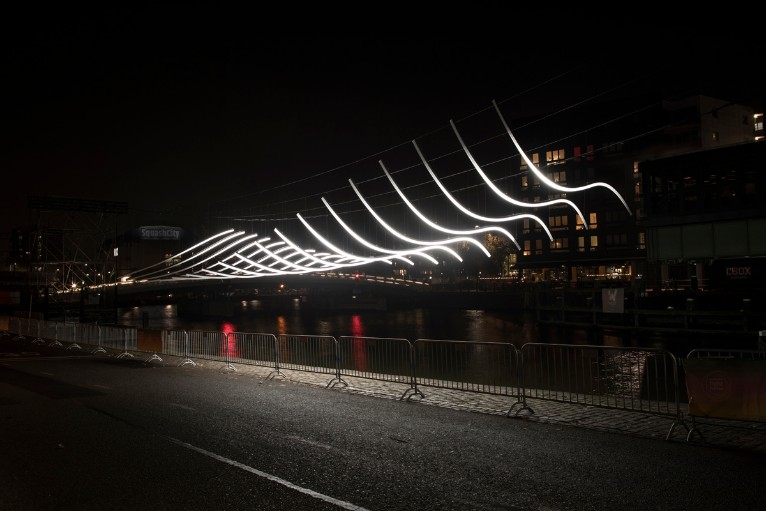 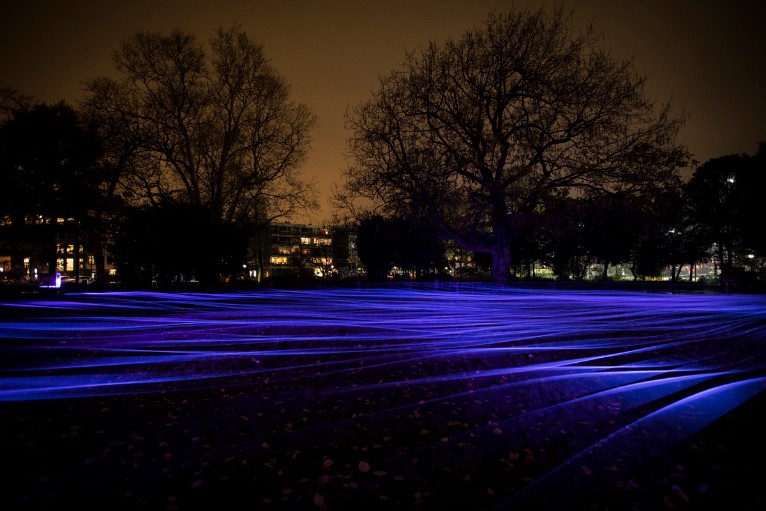 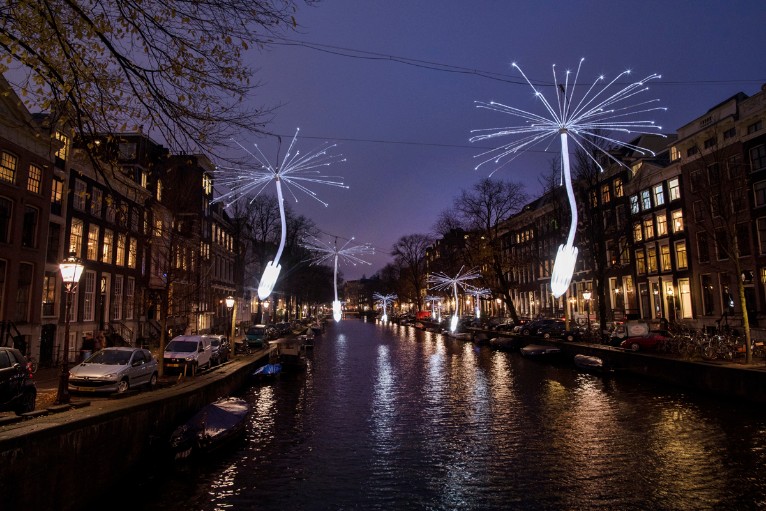 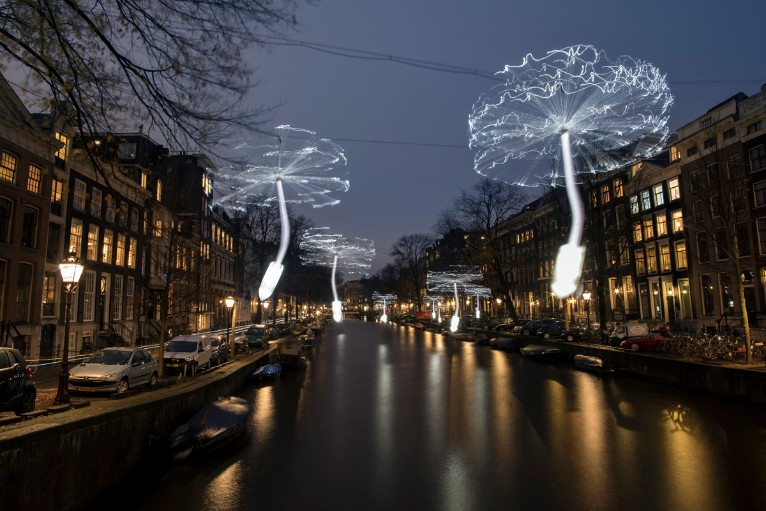 Every year, innovative and high-end artworks co-created with (inter)national artists, designers and architects light up the city center of Amsterdam during Amsterdam Light Festival. The seventh edition takes place from 29 November 2018 until 20 January 2019. The 29 participating light artworks are on daily between 5pm and 11pm. The exhibition can be experienced by boat, by bike or on foot. For this edition the artists were challenged to work within the theme ‘The Medium is the Message'. www.amsterdamlightfestival.com