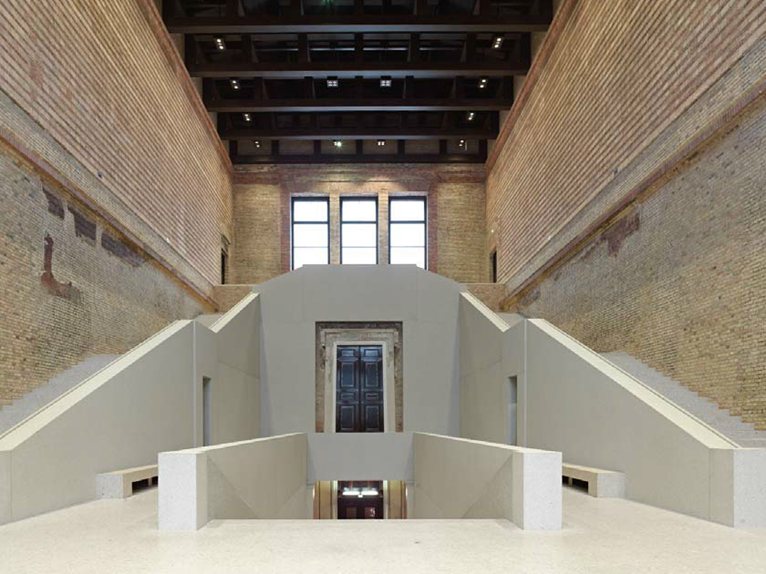 The award ceremony will take place in Rome, on the 22 March 2013, at the Casa dell’Architettura Acquario Romano. The event will center on the Lectio Magistralis to be given by David Chipperfield. The architect will speak on his work, but with particular emphasis on the project of the Neues Museum in Berlin. This project was the focus of the deliberations of the awards selection committee of the Piranesi Prix de Rome 2012, which was composed of the following members: Lucio Altarelli, Luca Basso Peressut, Pier Federico Caliari, Amedeo Schiattarella, Romolo Martemucci, Luigi Spinelli  and Angelo Torricelli.

The Piranesi Prix de Rome is an international competition started in 2010 in conjunction with the International Call for Built Projects, promoted and organized by the Accademia Adrianea di Architettura e Archeologia and in collaboration with the Soprintendenza per i Beni Archeologici del Lazio, Roma Capitale, Ordine degli Architetti, Pianificatori, Paesaggisti e Conservatori di Roma e Provincia, Politecnico di Milano, Pantheon Institute di Roma, and Fiaba, with the stated objective to bring to light the best architectural projects for archeological heritage realized by the principal Italian and foreign architectural studios.

The Premio, organized in two categories, one recognizing career achievements, and one recognizing individual works, was won in 2012 by Rafael Moneo (Madrid) and by João Luís Carrilho da Graça (Lisbon) and, in 2011 by Guido Canali (Parma) and Nieto Sobejano Arquitectos (Madrid).

With the award to David Chipperfield the first triennial of the International Call for Built Projects is concluded. This mapping of the best fifty architectural projects for archeological heritage will constitute the content of a publication, financed by an Italian ministry PRIN 2008 grant, entitled  “Architettura per Archeologia, Designingn Archeology” which is scheduled for June 2013.