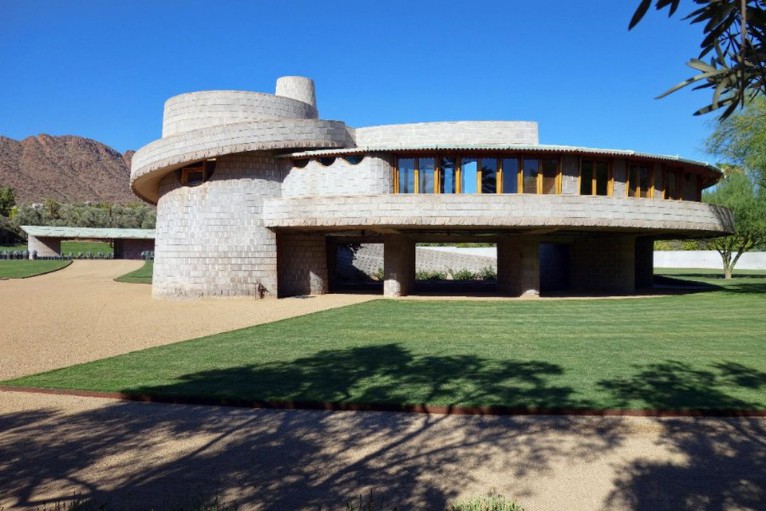 When you're the son of one of America's most influential architects, the sort of artist who designs iconic structures like the Fallingwater house in Pennsylvania, you don't live in just any house. So it should hardly come as a surprise that Phoenix's David and Gladys Wright House, personally designed by lauded architect Frank Lloyd Wright for his son, is a truly unique building.

Built in 1952, Wright's son David and his wife, Gladys, referred to the curvaceous home as their Taj Mahal. The structure, also known commonly as "The Spiral House" is one of the early examples of Wright's interest in the rounded architectural style that would become a staple of many of his late-life designs, including New York's Solomon R. Guggenheim Museum.

With 5.9 acres and views of Camelback Mountain, the original plans for the house were labeled "How to Live in the Southwest" for the way that the building relates to its environment, current owner Zach Rawling told Curbed. When he originally purchased the house for $2.4 million in 2012, Rawling planned to turn the home into a museum, then later to donate it to the School of Architecture at Taliesin, but both plans fell through as neighbors opposed the potential traffic that might come with allowing the house to become a tourist attraction.

The historic partially updated property is currently listed for $12.95 million.

Here's a closer look at the property. 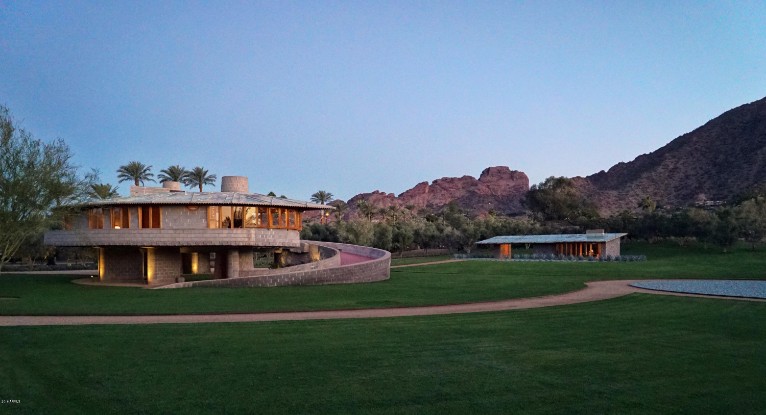 2. The signature "March Balloons" carpet and furnishings in the living room were custom designed by Wright. 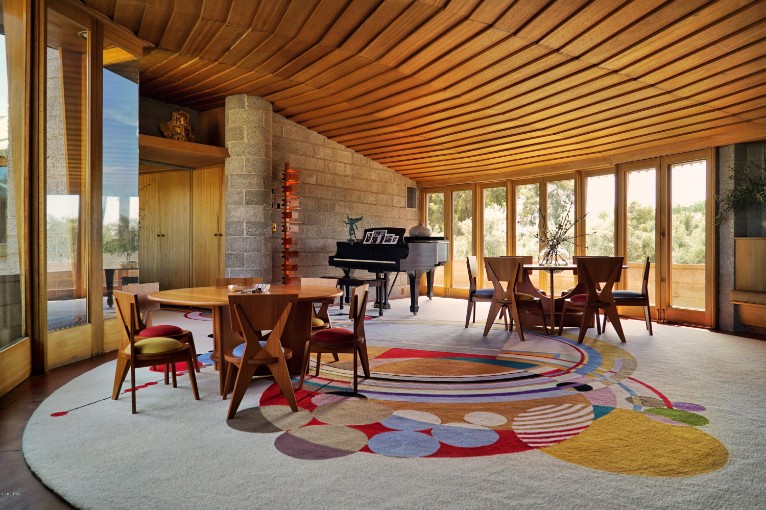 3. A cantilevered, spiral walk up provides access to the house and views of the central courtyard. 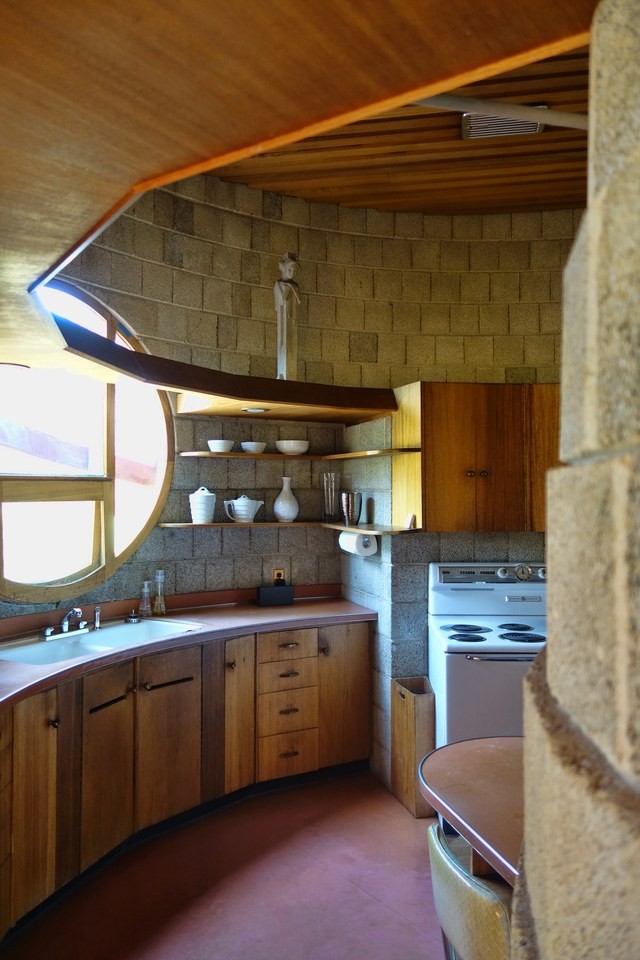 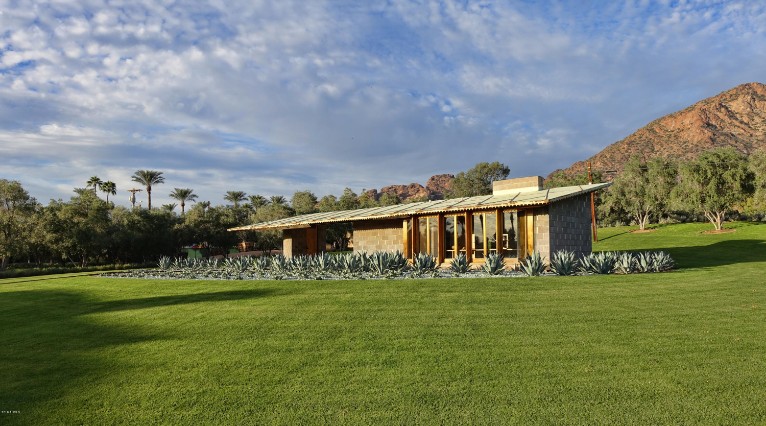 6. The guest house was recently restored, but additional structural and electrical updates would be required for the main house. 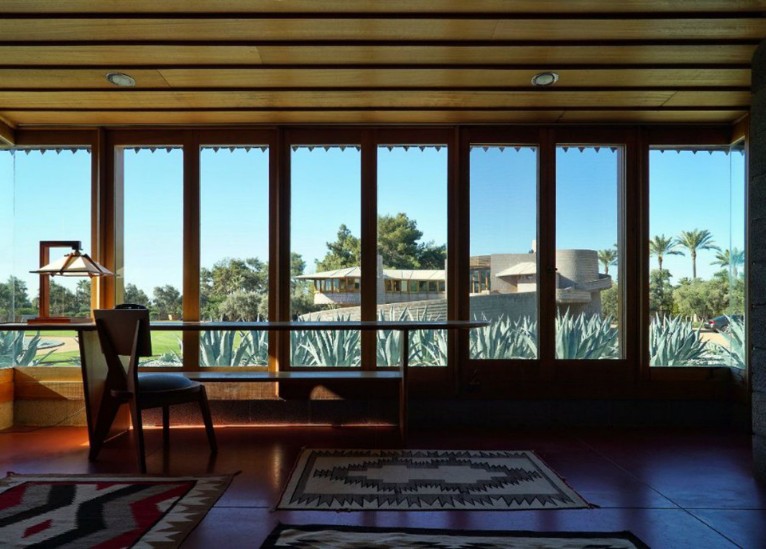 7. "The care with which [Wright] sited the house to relate to the surrounding environment is incredible," said Rawling. "It’s a natural extension of the environment." 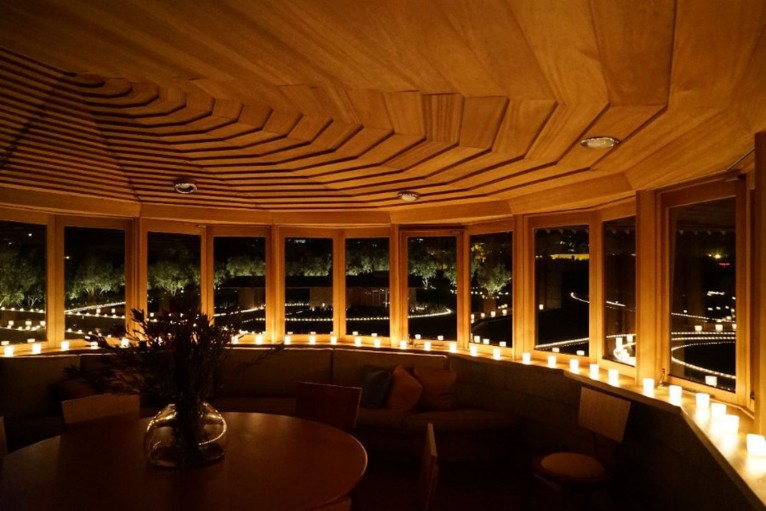 Text via: Town & Country US