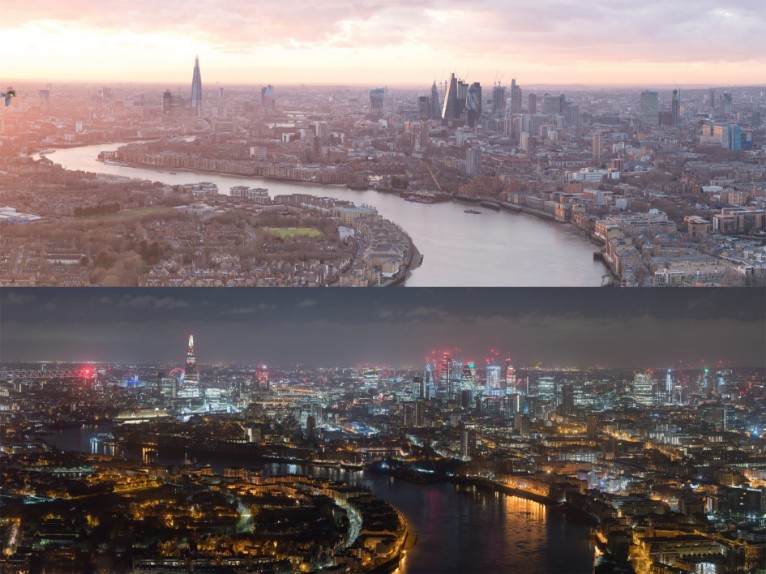 From modern skyscrapers to St Paul's Cathedral's classic dome, London's skyline is one of the world's most famous. Now this striking cityscape is the subject of an innovative photography project.

Called “24 Hour London” this is the world's first Gigapixel time-lapse panorama, capturing the biggest ever time-lapse of London's skyline, taken from the roof of Canary Wharf's One Canada Square.

In total over 6,240 photos were taken across a 155 degree view over 24 hours, and subsequently stitched together to provide the seamless view of London.

Crucially there has never been a panorama taken with such incredible detail, as the project used pre-programmed robotic motion-control technology to repeat the same pattern of photos 260 times an hour for 24 hours, without a single pixel of discrepancy.

The finished product allows you to see London change colours across the hours, from sunrise to sunset, with all the shades the capital has to offer in between. It allows those who have never travelled to England's capital to experience it in the highest quality ever seen.

Explore the city skyline in detail with this immersive, high definition picture: 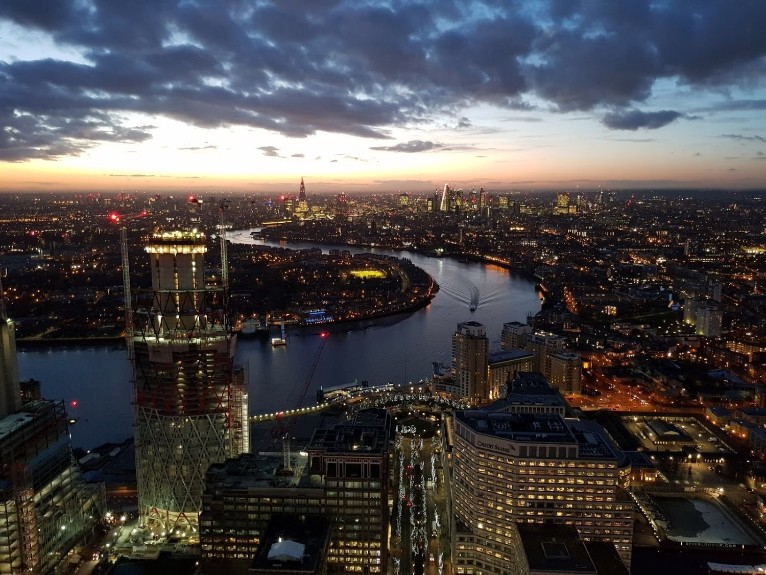 24 Hour London was brought by Lenstore in partnership with Nikon and the Canary Wharf Group. This 8 gigapixel, time-lapse photo was taken from 1 Canada Square over a 24 hour time period in February 2018 by the talented photographer Henry Stuart from Visualise, whose expertise brought 24 Hour London to life. 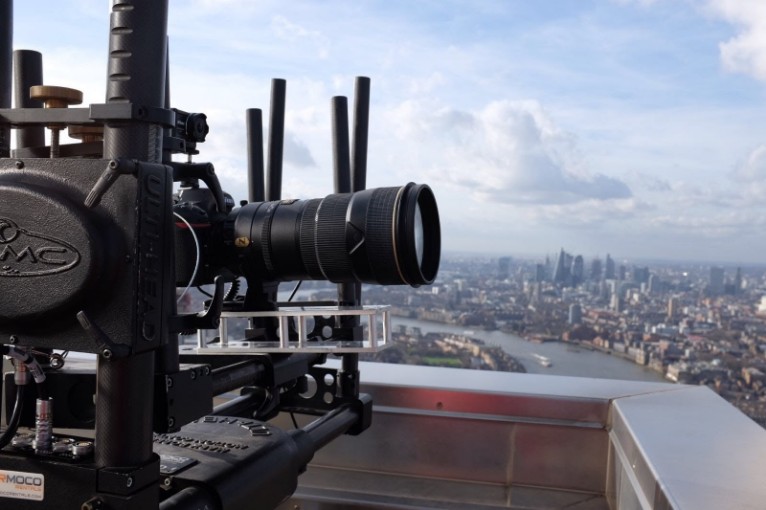 This has been dubbed a 'Gigalapse' due to the first instance of combining time-lapse and Gigapixel technology. 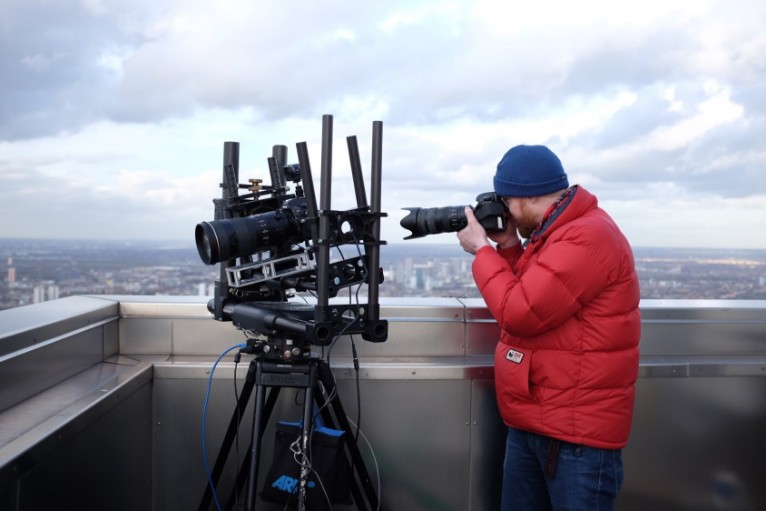 Behind the scenes from the top of Canary Wharf of the incredible 24-hour time-lapse gigapixel panorama captured with a Nikon D850 on the robotic Ulti-head is the world's first!