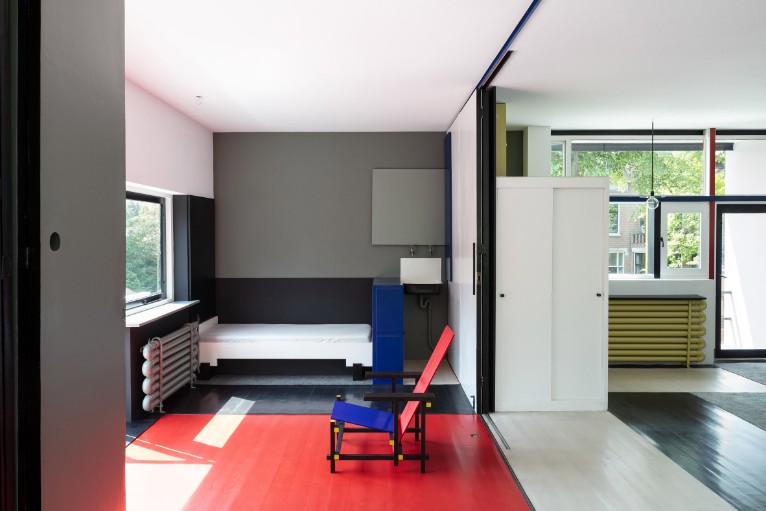 The Schröder House, Gerrit Rietveld’s architectural equivalent of a Mondrian canvas, seems as futuristic today as when it was built more than 80 years ago.

The quality of the Rietveld Schröderhuis lies in its having produced a synthesis of the design concepts in modern architecture at a certain moment in time.

Part of the quality of the house is the flexibility of its spatial arrangement, which allows gradual changes over time in accordance with changes in functions.

This small one-family house, with its flexible interior spatial arrangement, and visual and formal qualities, was a manifesto of the ideals of the De Stijl group of artists and architects in the Netherlands in the 1920s, and has since been considered one of the icons of the Modern Movement in architecture. 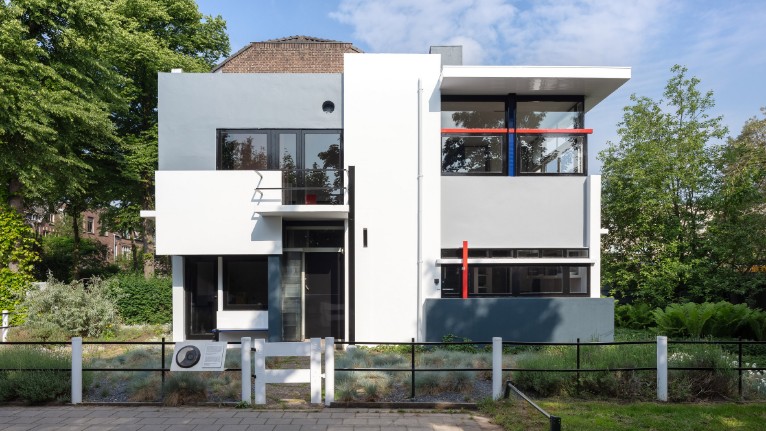 Deemed a UNESCO World Heritage site, the Rietveld Schröderhuis in Utrecht was commissioned by Ms Truus Schröder-Schräder, designed by the architect Gerrit Thomas Rietveld, and built in 1924.

To make this classic adaptable home, Rietveld worked side by side with Mrs. Schroder trying to please her and her notions of living without walls and having a strong inside-outside connection. The only building ever designed to follow the basis of De Stijl movement—made famous by Piet Mondrian— the Rietveld Schröderhuis is visually very simple with its use of primary colors and geometric shapes. The outside-inside boundaries seem to blur, thanks to its many windows that open up completely to welcome nature indoors. 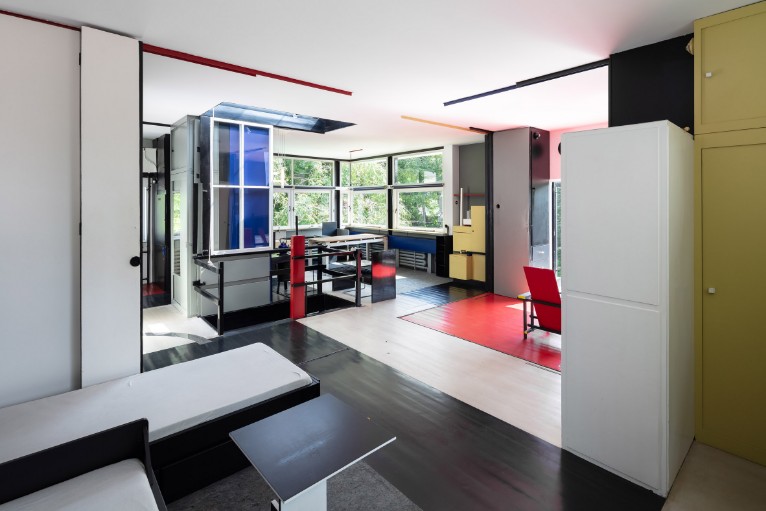 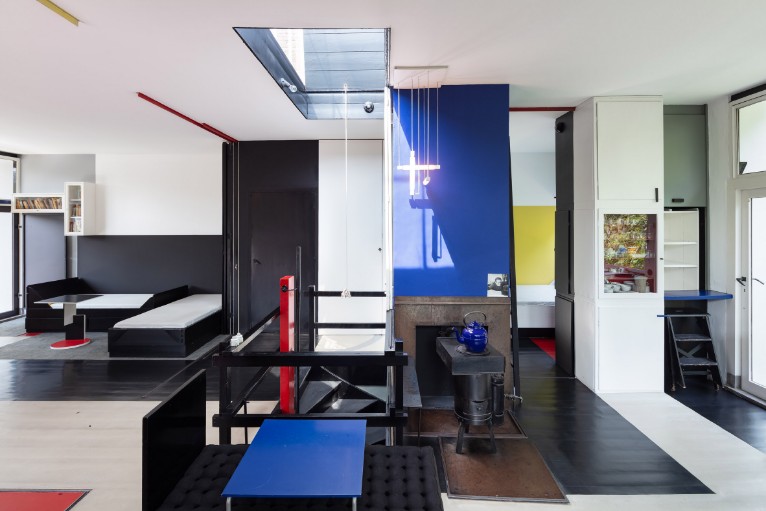 The house is in many ways unique. It is the only building of its type in Rietveld’s output, and it also differs from other significant buildings of the early modern movement, such as the Villa Savoye by Le Corbusier or the Villa Tugendhat by Mies van der Rohe. The difference lies in particular in the treatment of architectural space and in the conception of the functions of the building. Many contemporary architects were deeply influenced by the Schröder house and this influence has endured up to the present. 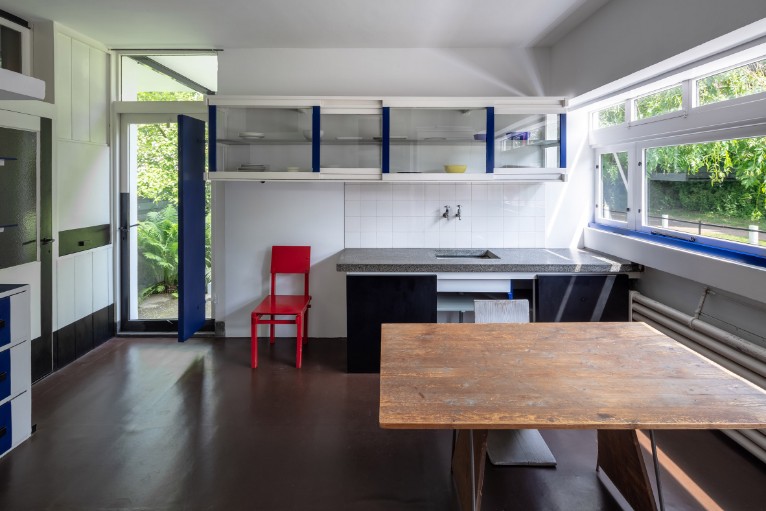 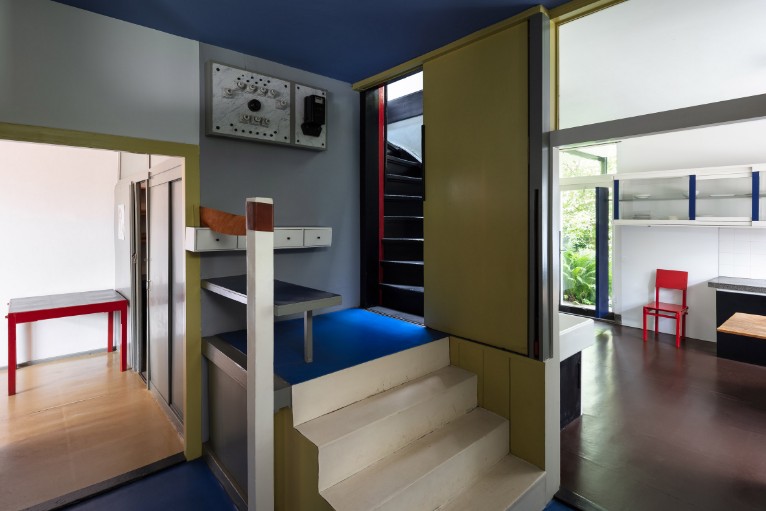 The entire Rietveld Schröderhuis is now a museum. The house was carefully restored, and is now in excellent condition and under regular care of the Centraal Museum of Utrecht. The location of the house in its original setting – at the end of a row of houses in a small park – is unchanged.

Photographer Stijn Poelstra photo series, released by the Centraal Museum to publicise a new website for the house, have captured the abstract proportions and primary colours of the Schröder House.