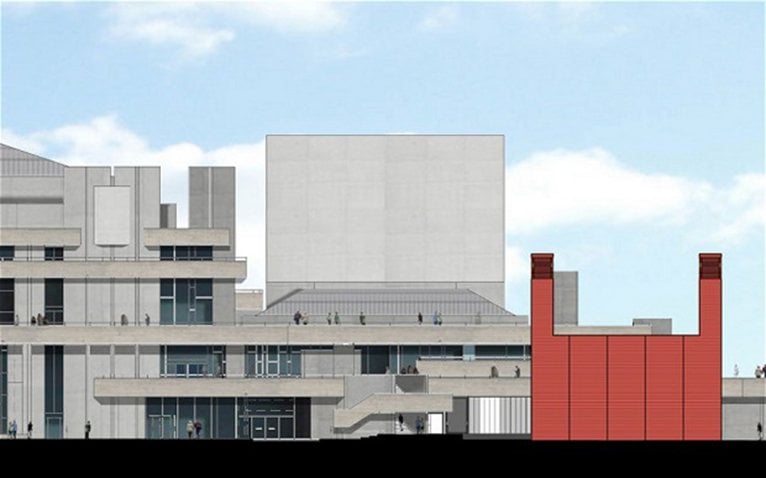 A new temporary landmark, “Shed”, has been erected on the South Bank in London, while the smallest Auditorium making up London's National theatre, the Cottesloe, is closed for redevelopment. Haworth Tompkins, who created this temporary venue, have also designed the new auditorium which will reopen in a year's time under the new name of the Dorfman theatre. This new theatre is named after Lloyd Dorfman, the founder and chairman of Travelex the foreign exchange specialists, who is the largest single private donor, having donated £10 million of the estimated £70 million necessary for the National Theatre's ambitious redevelopment project. 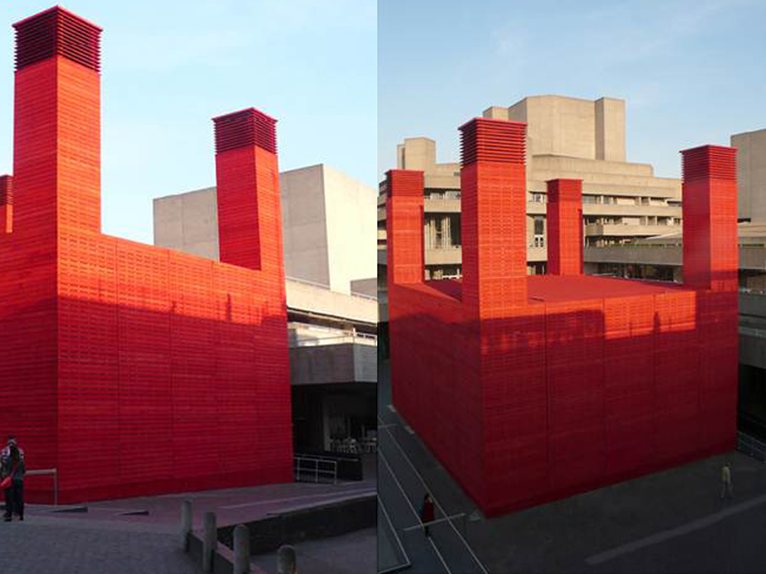 This new temporary venue has been a test bed for experimental design, a collaborative process of the architects, the National Theatre and the theatre consultants Charcoalblue. Time was of essence because work could not begin on the Cottesloe unless this new auditorium was ready for operation. It was, therefore, designed and built in less than a year in a way that resembled more a theatre show than a conventional construction project and it is now ready for opening in April. The shed occupies Theatre Square in front of the National Theatre and houses a 225-seater auditorium made of raw steel and plywood. The brilliant red colour covering the whole window and doorless building makes it stand out against the brutalist concrete mass of the National Theatre announcing it boldly to visitors and passers-by.

In the same way as the architecture of the building is a homage to experimentation, the artistic programme provides the NT with the opportunity of pushing creative boundaries.

The shed has been designed to be 100% recyclable with re-used and re-usable seating. It is naturally ventilated with the four towers, in some way recalling the towers of Battersea Power Station.

“This collaboration has been a wonderful opportunity to explore the ways in which temporary public buildings can alter our perceptions of places and organisations. We hope The Shed will be seen as a playful but thoughtful building, both challenging and complementary to the permanent cultural architecture of the South Bank.”