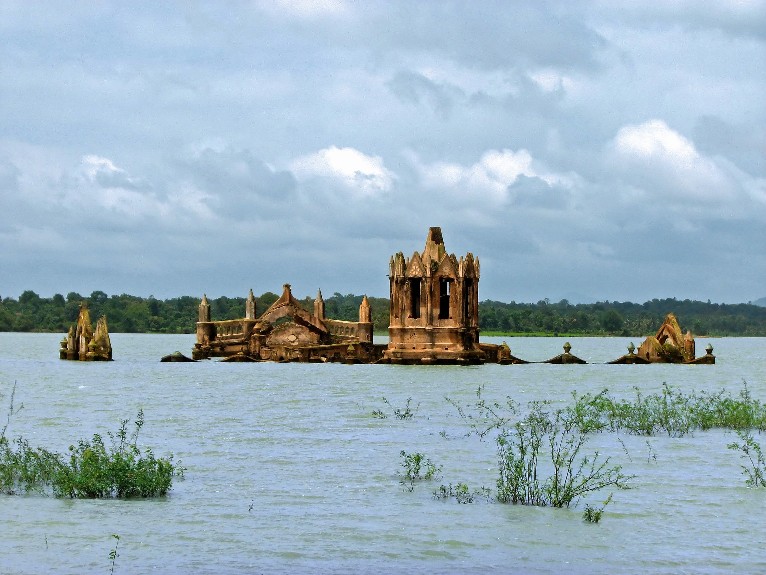 With the theme of Freespace, the Biennale Architettura 2018, curated by Yvonne Farrell and Shelley McNamara, will take place from May 26th to November 25th 2018 in Venice.

71 architects from all over the world have given their own idea of the manifesto, in order to reveal, to lay bare, the freespace ingredient embedded in their work.

As usual, the 16th International Architecture Exhibition will also present the National Participations with their own exhibitions in the Pavilions at the Giardini and at the Arsenale, and in the historic city centre of Venice.

This edition will also include selected Collateral Events, presented by international institutions, which will present their exhibitions and initiatives in Venice concurrently with the 16th Exhibition.

Here are 6 pavilions you can't miss at the big event: 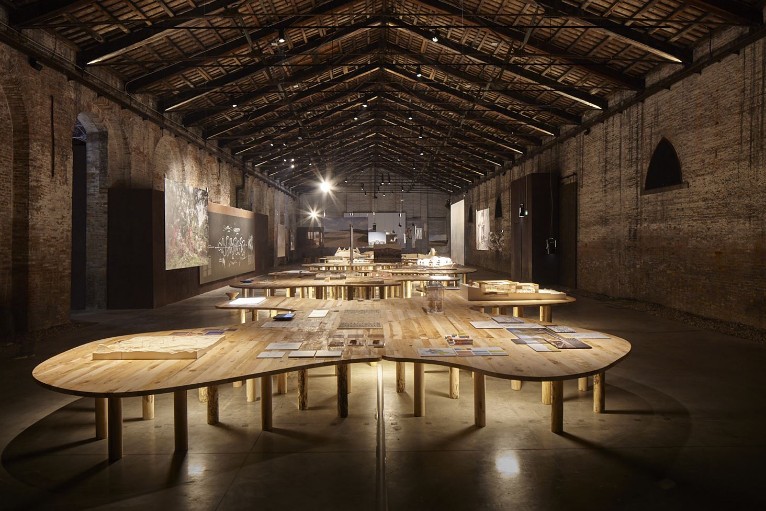 The Italian pavilion takes the visitor on a journey through the Arcipelago Italia.

The aim is to communicate the spirit of territories that are far from the metropolitan imagination, territories that are the custodians of an inestimable cultural heritage, which show Italy to be in contrast with Europe’s urban structure, a chink in the armour. In projection in the first tesa (pavilion) at the start of the tour, a docufilm produced by Rai Cinema describes these territories. 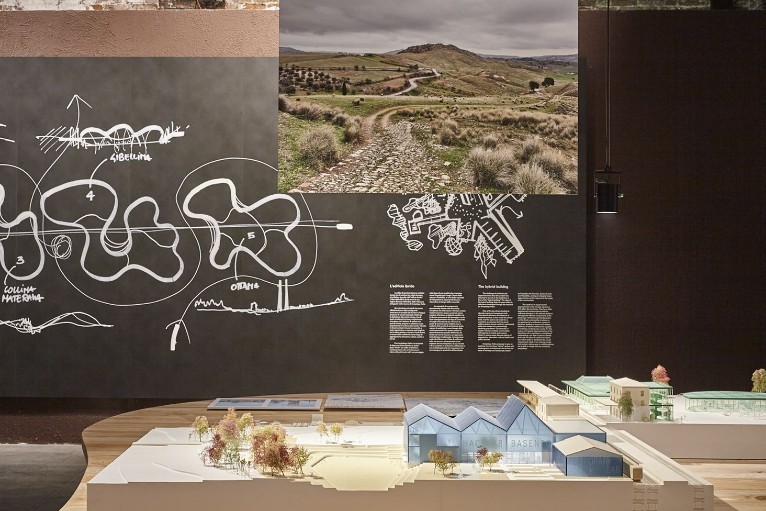 The second tesa is the result of a polyphonic design process, multi-disciplinary and wide-ranging, coordinated by the curator and his staff and conducted by a Collective embracing six emerging architectural firms in collaboration with the local universities and various professional offices of excellence in the study of the locations. In this space, left completely free and available for use, a large table reproduces Arcipelago Italia and the five prototype designs. 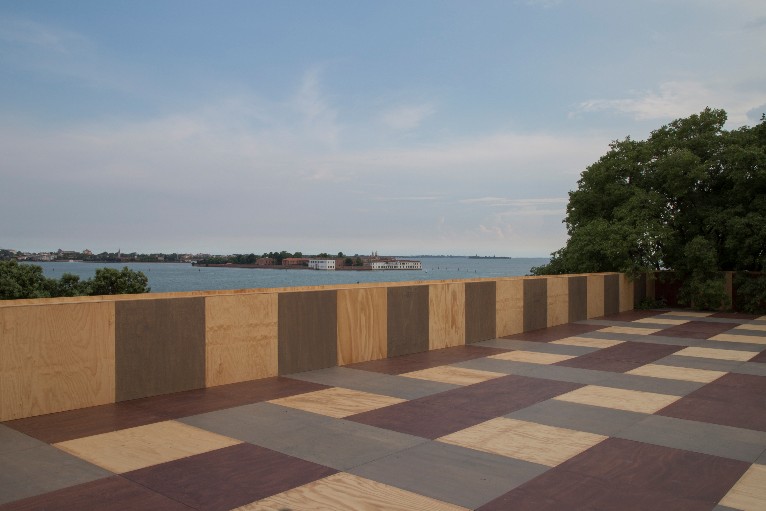 “Be not afeard; the isle is full of noises, Sounds and sweet airs, that give delight, and hurt not”. William Shakespeare, The Tempest (3.2)
Commissioned by the British Council, the design for the British pavilion for the 2018 Venice Biennale responds to the theme of FREESPACE through the construction of a new public space on the roof of the original building. 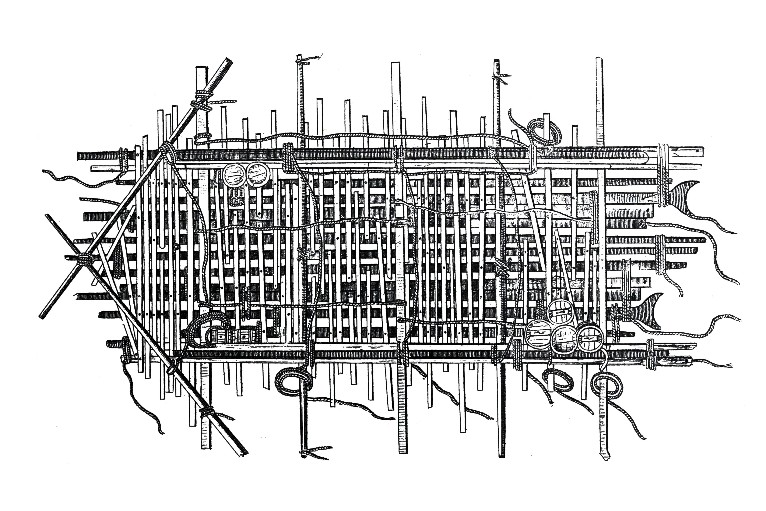 Plan of the raft of the Medusa, Island British Pavilion

The pavilion itself is open to the public but empty, with just the peak of its tiled roof visible in the centre of the public space above, suggesting a sunken world beneath. The two spaces host a programme of events including poetry, performance and film, as well as architectural debate. There are many ways to interpret the experience of visiting Island, the 2018 British pavilion. An island can be a place of both refuge and exile. The state of the building, which is completely covered with scaffolding to support the new platform above, suggests many themes; including climate change, abandonment, colonialism, Brexit, isolation, reconstruction and sanctuary. 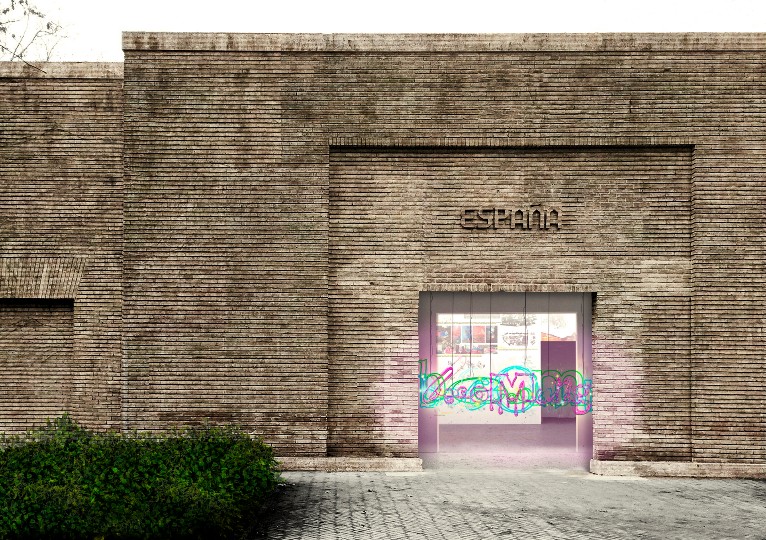 becoming shows Spanish architecture through the works of a superb set of home-grown architects, where women are currently more in number than men. They demand rethinking the conditions of learning environments, abandoning predefined order schemes. The exhibition focuses on the actions, discourses and productions of the students, showing the complexity of our operational logics and trying to transform them into systems as simple as the choreographies of everyday life to make them accessible to all citizens. 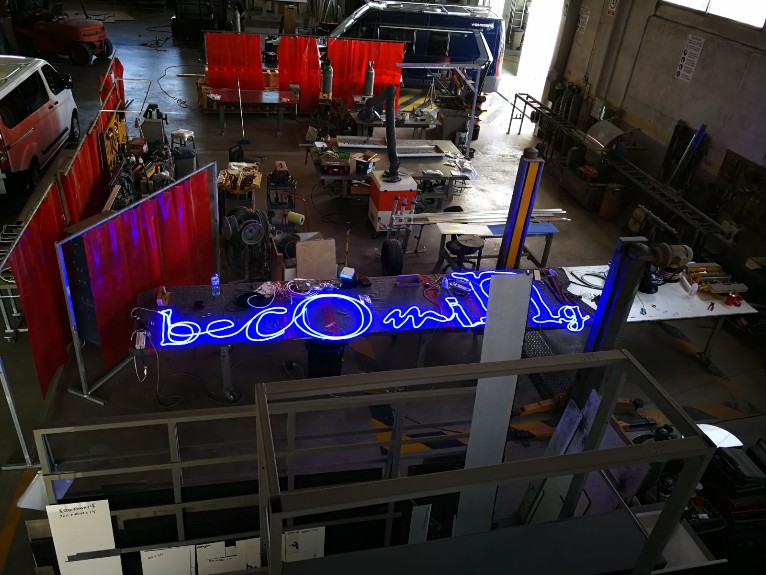 becoming is an experience which opens the door to an unknown atmosphere where the students build up the conflicts, the needs and other ways of living the world. becoming draws an informational layer in the 1952 pavilion designed by the architect Vaquero Palacios. On its physical and virtual walls (b-e-c-o-m-i-n-g.com), four hundred works from Spanish learning environments collected through a national open call speak about future architecture.

Dimensions of Citizenship challenges architects and designers to envision what it means to be a citizen today. As transnational flows of capital, digital technologies, and geopolitical transformations expand, conventional notions of citizenship are undermined. How might architecture, then, express today’s rhizomatic and paradoxical conditions of citizenship? The US pavilion explores seven spatial scales: Citizen, Civitas, Region, Nation, Globe, Network, and Cosmos. These scales, telescoping from body to city to heavens, broadly position citizenship as a critical global topic. 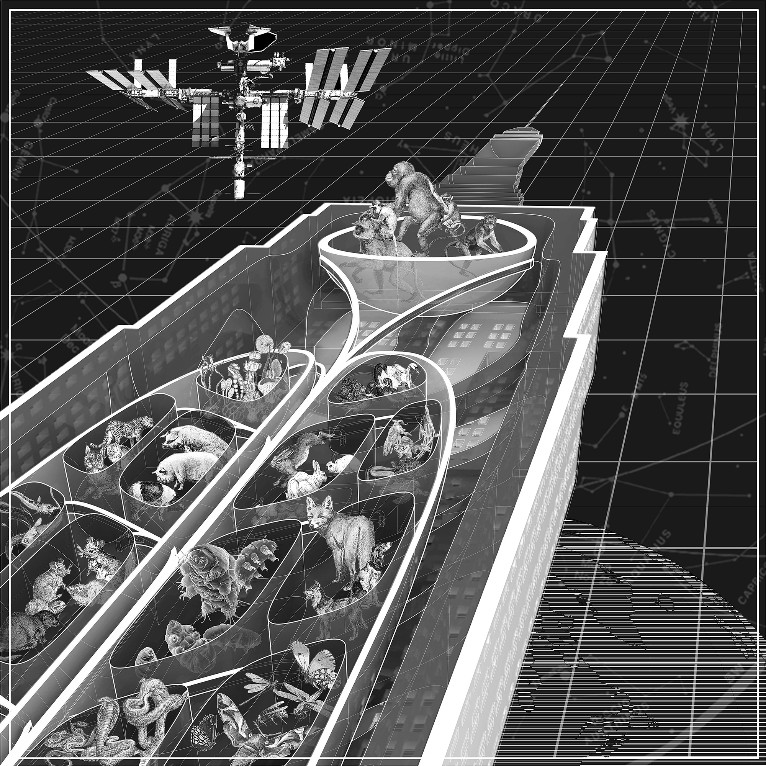 Installations by architects, landscape architects, artists, and theorists investigate spaces of citizenship marked by histories of inequality and the violence imposed on people, non-human actors, and ecologies. These works do not solve the complex relationships of governance, affinity, and circumstance that bind us. Instead, they use architecture’s disciplinary agency to render visible paradoxes and formulations of belonging. 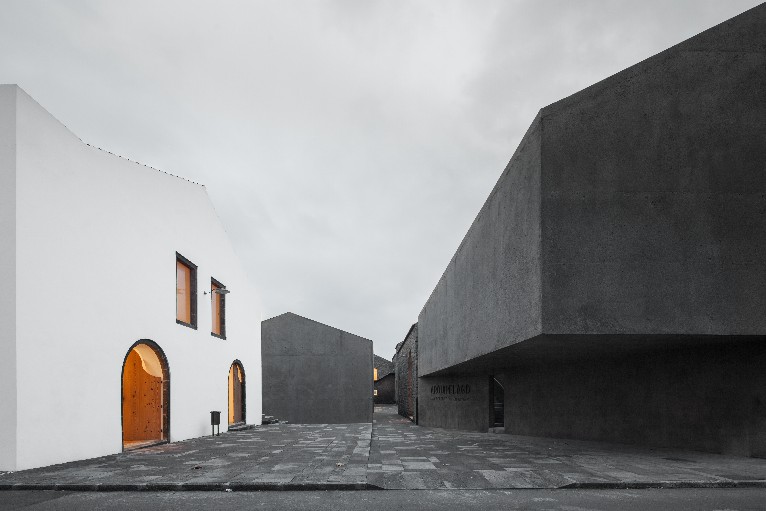 Coinciding with the economic crisis, the last ten years have seen a movement away from public construction projects, with the predominant neoliberalism of Western Europe viewing them as unnecessarily wasteful, misguided and even harmful. Such projects came to be associated with the origins of the crisis itself, which were actually rooted in the financial speculation that these same neoliberal policies had unleashed. 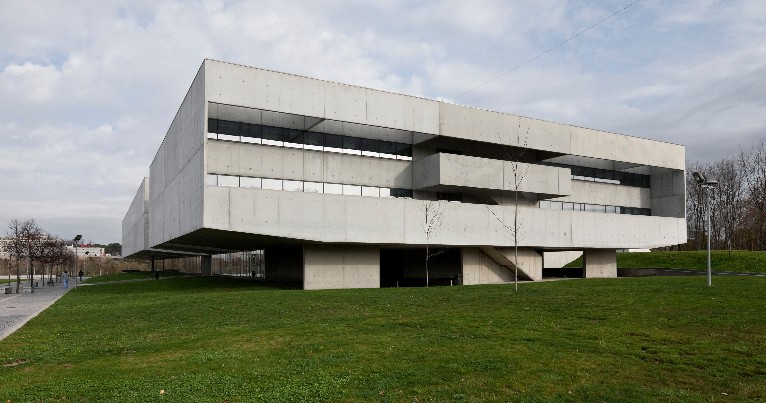 The construction of public infrastructure such as cultural, educational and sporting facilities is in line with the idea of civilisational evolution and progressive social equity. It simultaneously rebuilds and rehabilitates the form of the city, and qualitatively and culturally renews public space. This selection of twelve works constructed over the last ten years offers a short history of the most recent public buildings of Portuguese origin. Each of these buildings reflects the ideas behind FREESPACE, the central theme of the 16th International Architecture Exhibition. 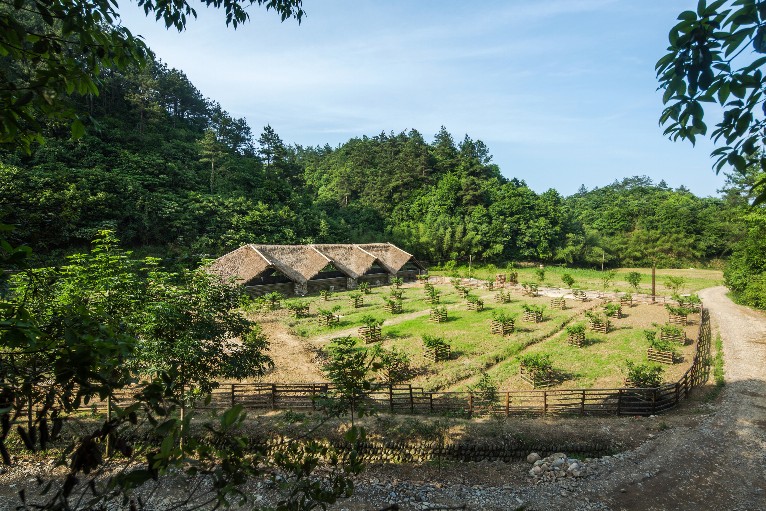 Whether in the yellow Loess Plateau or in the water towns south of the Yangtze River, in the vast and abundant land of north-eastern China or in the green and beautiful farmlands of southern China, hundreds and thousands of villages have become sites for industrial development, self-building and cultural creation. These sites are enjoying tremendous opportunities offered by technological innovations in the Internet, logistics business, sharing economy and so on. 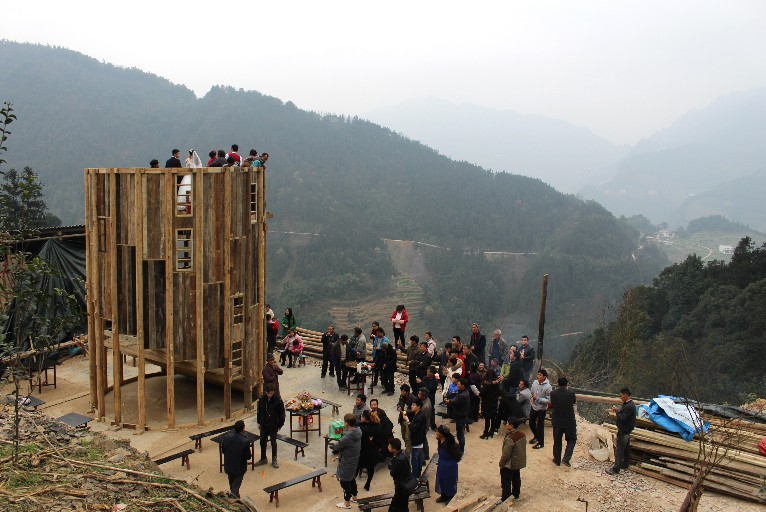 The development of the countryside in contemporary China is unprecedented in both its scale and its approaches. More importantly, it anticipates a new solution based on China’s unique condition. Building a Future Countryside depicts the countryside of contemporary China through six episodes. With poetical dwelling, local producing, cultural practice, agricultural tourism, community building and future exploring, the exhibition outlines a FREESPACE for opportunity and anticipates future development. We return to the countryside where Chinese culture originated to recover forgotten values and overlooked possibilities; from there, we will build a future countryside.