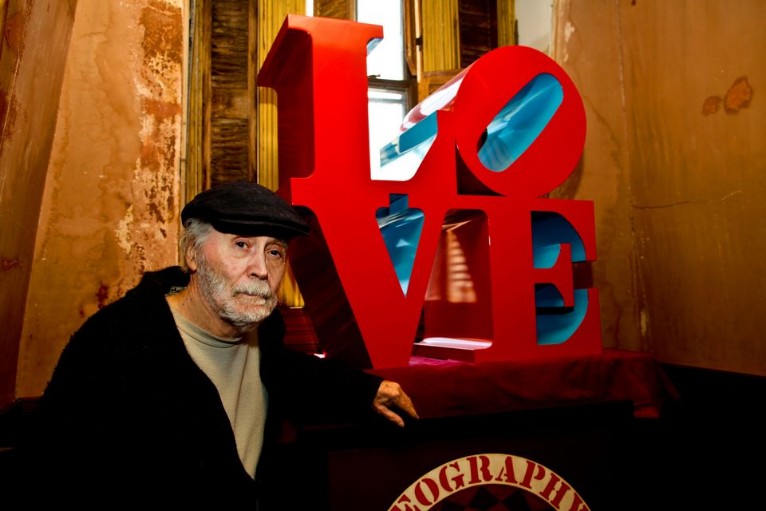 Artist and Pop Art idol Robert Indiana, best known for his 1960s “LOVE” series, has died at his home in Vinalhaven, Maine, aged 89, the day after a lawsuit was filed over his legacy.

Indiana’s famous image features the word L-O-V-E rendered in colourful capital letters, with the first two letters stacked on top of the other two, and the letter “O” tilted as if it were being swept off its feet. Since he designed the earliest versions, in the 1960s, the logo has acquired a life of its own, appearing on everything from posters and album covers to T-shirts and jewelry. The Artist called it the 20th century’s “most plagiarized work of art,” and he kept a collection of knockoffs in his home, a historic Victorian building, to prove it. 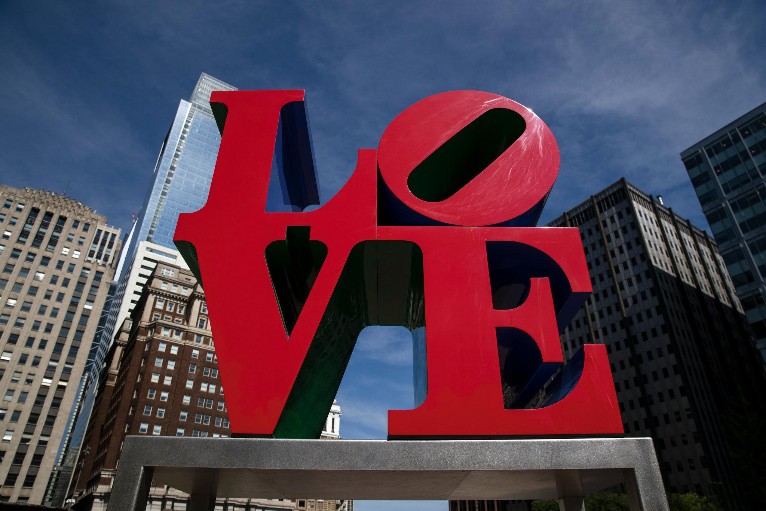 He was born Robert Clark in New Castle, Indiana, and spent the first 17 years of his life moving among a dozen homes, eventually living with his father in Indianapolis and joining the Air Force. Like other artists of his generation, he came to Maine to attend the Skowhegan School of Painting and Sculpture in 1953. He made his career in New York beginning in 1954, producing assemblages with found objects. 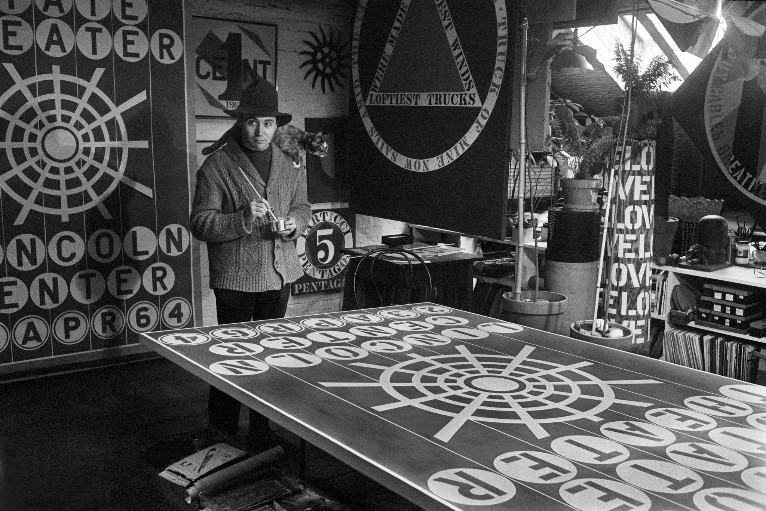 Robert Indiana mixed paint in front of a design for a poster for the New York State Theater at Lincoln Center in 1964; ©Robert Walker/The New York Times.

His illuminated “EAT” sculpture was a hit at the World’s Fair in Queens, New York, in 1964, and is on view on the roof of the Farnsworth in Rockland. “EAT” was more than a word to Indiana. It was the last word his mother spoke to him before she died.

He moved to Vinalhaven in 1978 in what he described as “self-imposed exile” after being “blackballed” by the New York art world.

SYMBOL OF PEACE OVER WAR

Indiana’s “LOVE,” created in 1966, is one of the most recognized images in American art, it expresses the hope and desire of a generation to choose peace over war. 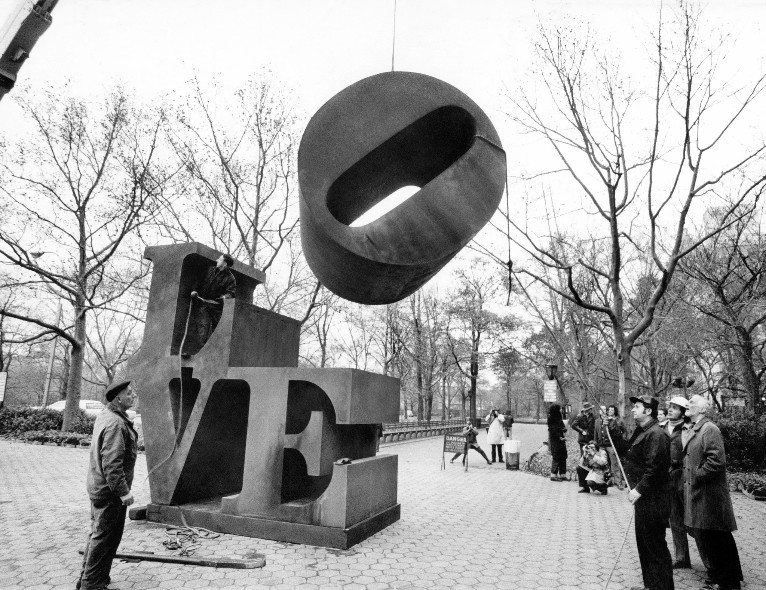 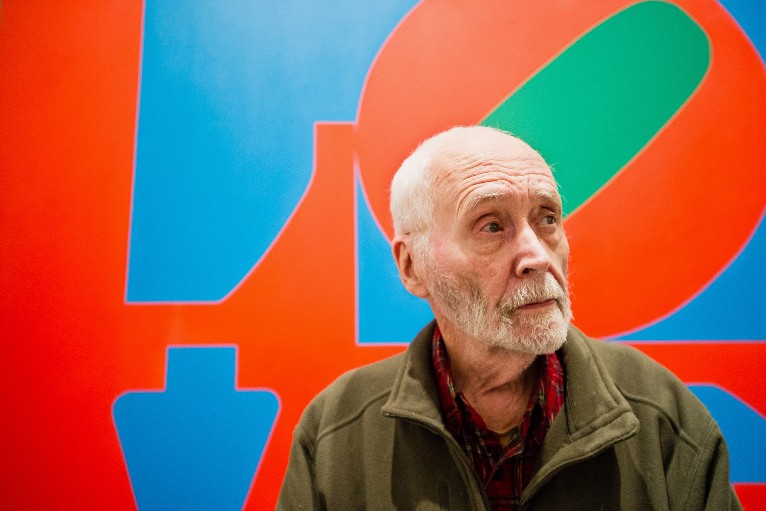 In this Sept. 24, 2013, file photo, artist Robert Indiana, is interviewed in front of that painting at New York's Whitney Museum of American Art. The Maine-based pop artist plans to participate in International HOPE Day, a celebration of his art in countries across the world. Indiana will make a public appearance at noon outside his residence and studio on Vinalhaven Island on Sept. 13. (AP Photo/Lauren Casselberry, File) (The Associated Press).

Cover image: Robert Indian with one of his LOVE works at his home in Vinalhaven, Maine, © Joel Greenberg