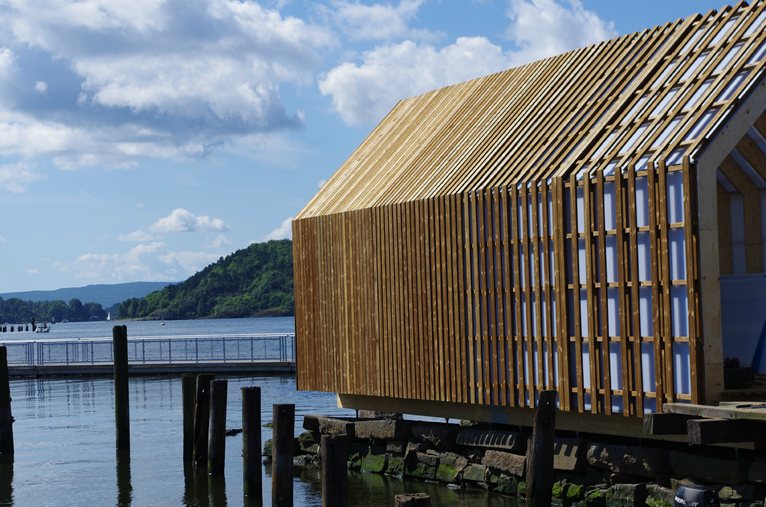 The TreStykker workshop series aims to promote the Architecture student, as an aware and active resource, capable to create living, stimulating Architecture in the public arena. Previous projects include RAKE showroom in Trondheim and in 2011 students will be gathering in Bergen to build a playground for children. Last year, a group of five students at the Oslo school of architecture wanted to bring the concept to Oslo for the first time. 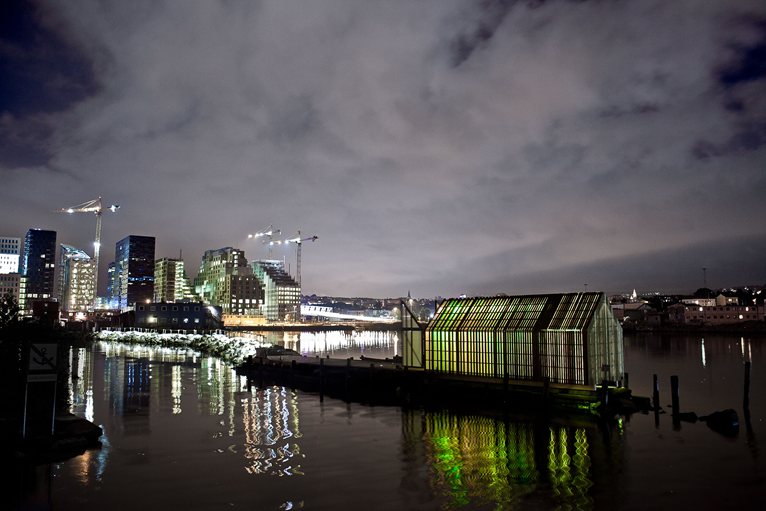 The purpose of last year’s workshop was to shed light on the Architecture student, as an aware and active resource, capable to create living Architecture that stimulate use in otherwise empty public spaces.

In addition, a parallel goal was to give students practical knowledge of the Architectural process, from the creative idea, to realizing and constructing the project. The construction phase of the project took place between the 23rd of July to the 5th of August.

The idea of the boathouse, seen as a national icon due to Norway’s rich nautical history, stands in contrast to its surroundings and fortifies its grounds, as the last piece of untouched land in the zoning process. 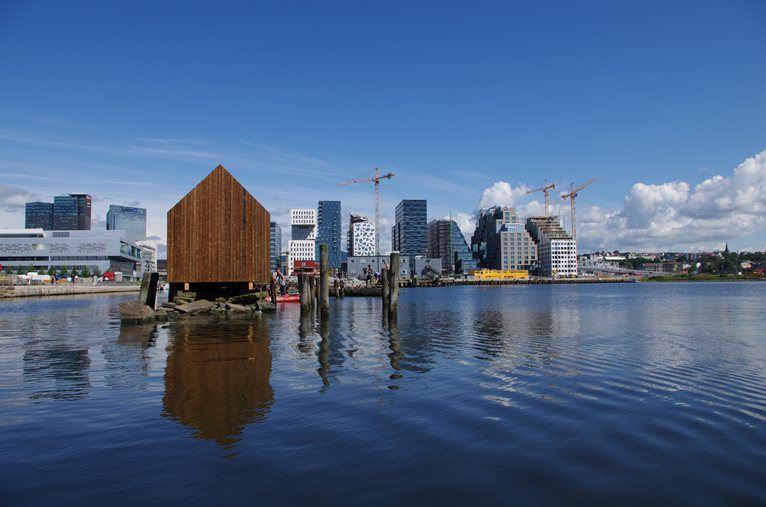 The “Boathouse” is meant as a small intimate concert stage for up and coming artists and is designed and constructed by the students who took part in the workshop, led by Aleksander Svingen, Magnus Vågan, Åsa Johansson, Ona Flindall and Mattias Tellqvist. The Boathouse stimulates use of an otherwise empty public space in the heart of Oslos’s modern seafront and was designed and built by thirty students from architecture schools.

Transcending pure utility, ‘The Boathouse’ captures the cultural tradition of Norway’s rich nautical history and blends with the waterfront context. The unassuming form emphasizes the building’s iconic value, contrasting sharply to the surrounding new developments. The building fortifies its grounds, as the last piece of untouched land in the zoning process. 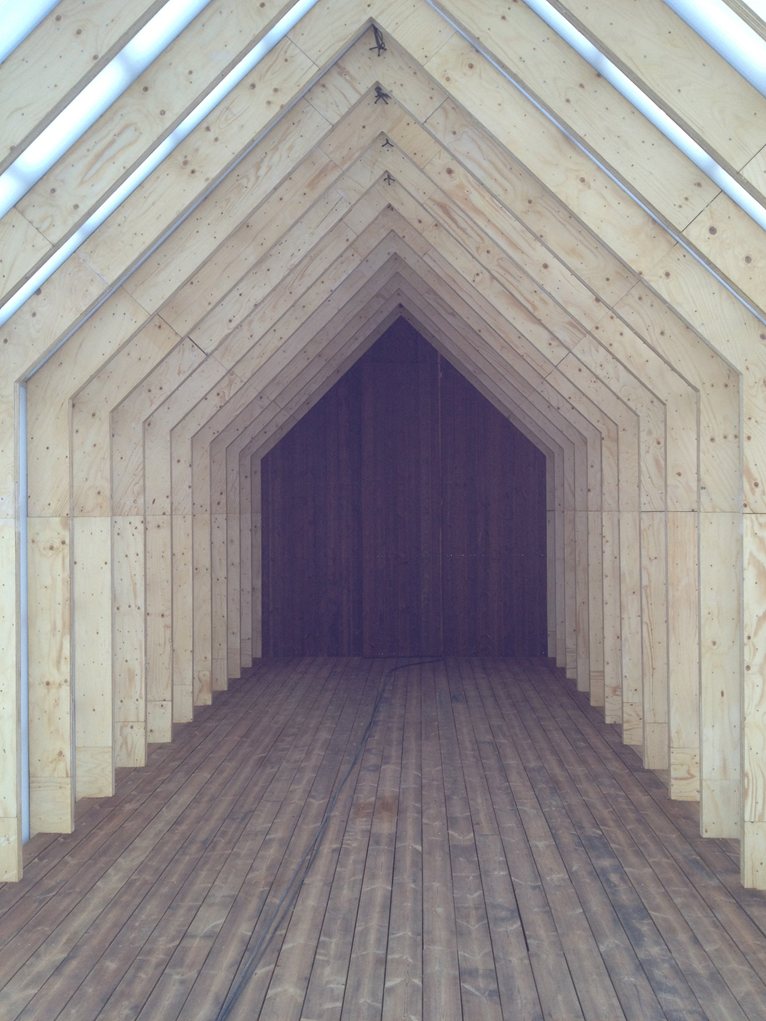 The majority of materials are in kebony-wood and polycarbonate. In collaboration with lighting designers from ÅF lighting, the boathouse generating curiosity for what’s going on inside through the varied wooden slats of the façade. 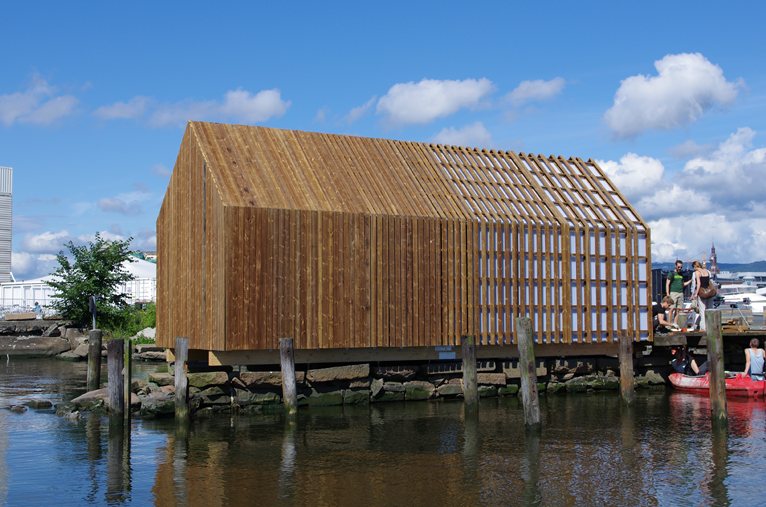