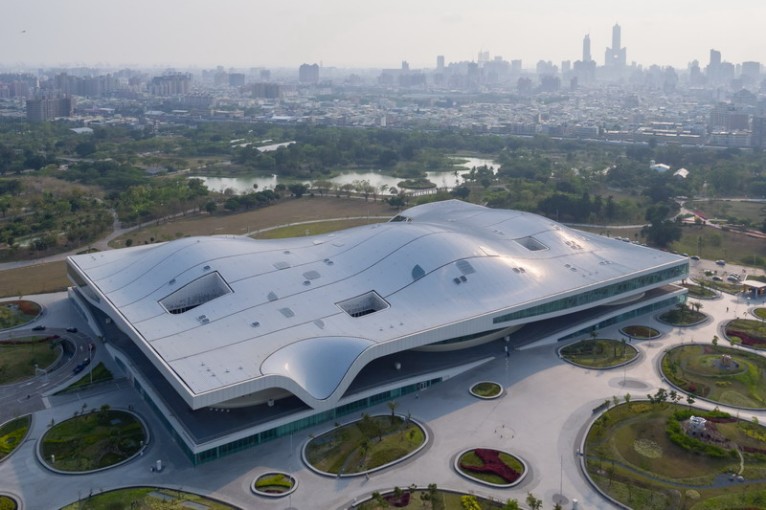 Taiwan announced the opening in October 2018 of the National Kaohsiung Center for the Arts - Weiwuying.

In a single sweeping building designed by Dutch architects Mecanoo, Weiwuying incorporates five separate state of the art performance spaces, covering a surface area of 35 acres (141,000 sqm) and is set in the spectacular 116-acre (470,000 sqm) subtropical park in the heart of Kaohsiung, making it the world’s largest performing arts centre under one roof. 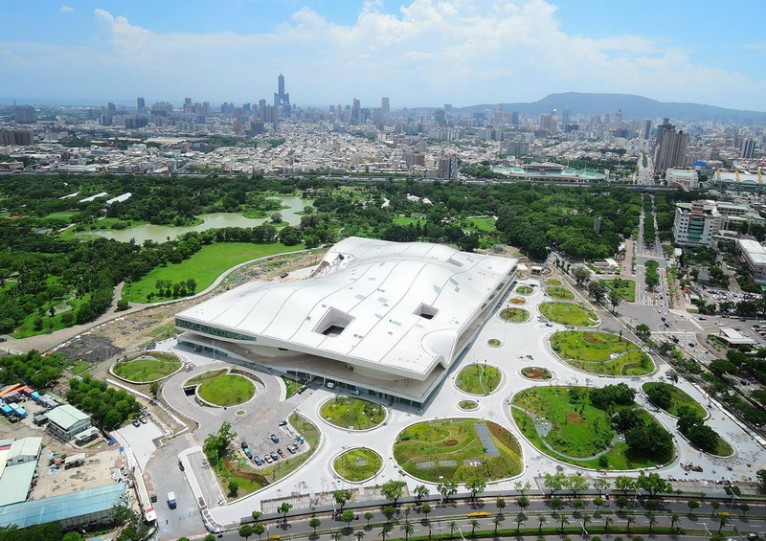 Taiwan’s most significant cultural investment in a generation, the new Center will incorporate:

• A 2,260 seat Opera House, with a proscenium design, orchestra pit and equipped with the latest stage technology for performances on a large scale

• A 2,000 seat Concert Hall in vineyard style and equipped with a 9,085 pipe organ built by Orgelbau Klais, the largest pipe organ ever built in Asia

• A flexible Playhouse, seating between 1,094 and 1,254 depending on its varying configuration between proscenium and thrust stage, suitable for theatre, dance, and Chinese Opera

• An outdoor performance space, seamlessly linking the building with the park, and open to audiences of up to 20,000. 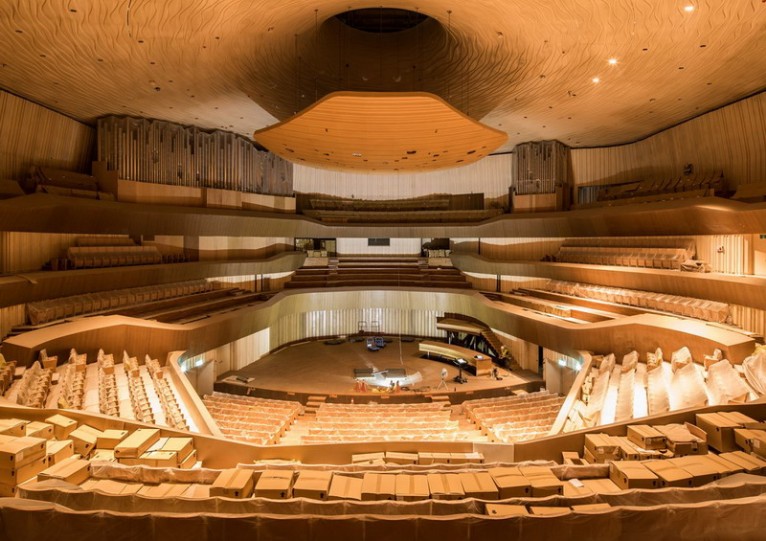 Kaohsiung, with a population of around 3 million, located in the south of Taiwan, once a major international harbour, is now a modern, diverse city with a rich cultural offer. The new National Kaohisung Center for the Arts, occupying a site that was formerly a military training base, symbolises a new outlook for the city of Kaohsiung and Taiwan – with a mission to connect local and global talent through arts and culture.

Weiwuying will host performances by the world’s top artists as well as work created specially for the Center’s unique spaces, developed within the local community. The Berlin Philharmonic Orchestra under Gustavo Dudamel, who conducts in Taiwan for the first time, will be among the first artists to perform at the Center. International collaborative partners have so far included New York’s Lincoln Center, the Spoleto Festival, Singapore International Festival of Arts, Deutsche Oper am Rhein, Esplanade Theatres on the Bay Singapore and Aerowaves Spring Forward contemporary dance festival.

The Executive and Artistic Director Chien Wen-Pin, current Kapellmeister of Deutsche Oper am Rhein and former Music Director of Taiwan Philharmonic, said, ‘Weiwuying is one of the most beautiful, iconic and best-equipped performing arts centres in the world. The creative industries are extraordinarily lively in Taiwan. Once our doors are officially open, the Center will become an exciting springboard from which talent can soar.’

Francine Houben, Founding Architect of Mecanoo Architects, said, ‘Weiwuying is one of Mecanoo’s most ambitious buildings and embodies all the key elements of our philosophy. Inspired by the beauty of the local Banyan trees with their iconic canopies of leaves, the vast, undulating structure is composed of a unique skin and roof under which generous free spaces can flow. We have aimed to deliver a flagship cultural destination for Taiwan, a beacon to attract performers and audiences from around the world.’