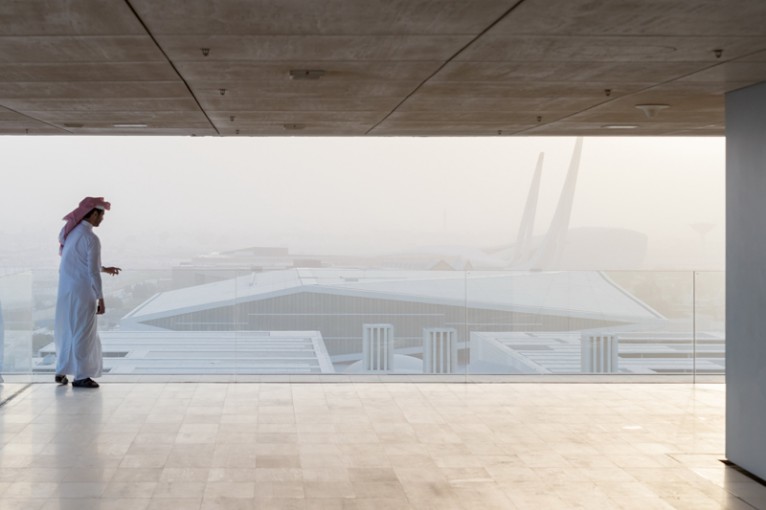 The Qatar National Library (QNL) in Doha, designed by OMA - Office for Metropolitan Architecture, was officially opened on April 16 by the Emir of Qatar, Sheikh Tamim bin Hamad al Thani, Her Highness Sheikha Moza bint Nasser, and the CEO of the Qatar Foundation, Sheikha Hind bint Hamad al Thani, in the presence of multiple heads of state from the region and beyond. 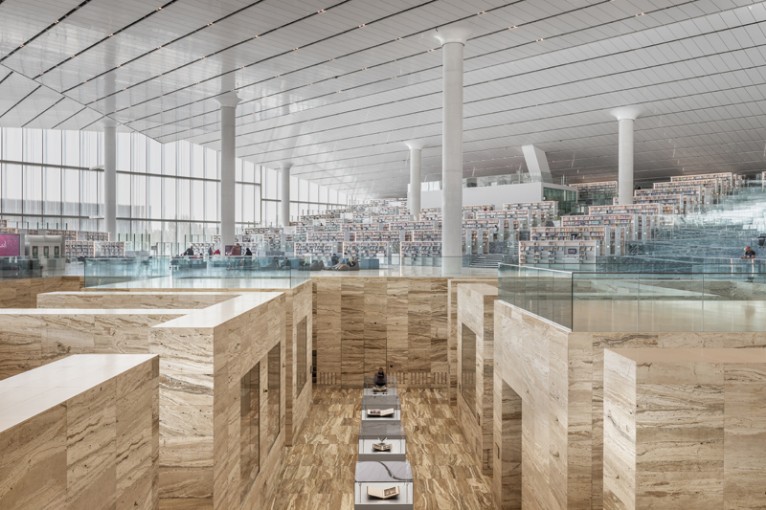 QNL encompasses the National Library, the Public Library, the University Library, and the Heritage Collection, which consists of valuable texts and manuscripts related to the Arab-Islamic civilization. The public library houses over a million books and space for thousands of readers over an area of 42,000 m2. The National Library is part of the Education City, a new academic campus which hosts satellite campuses from leading universities and institutions from around the world. Other OMA designed buildings on the new campus include the Qatar Foundation Headquarters and a new branch for the Research Institute.

The library is conceived as a single room which houses both people and books. 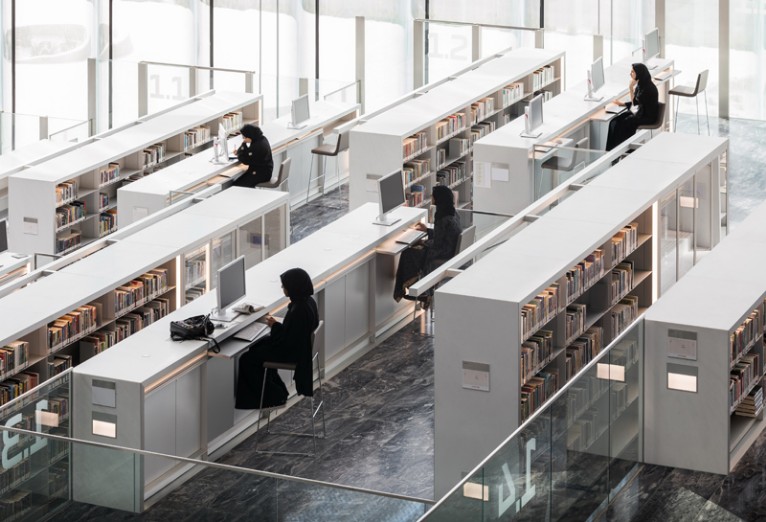 The edges of the building are lifted from the ground creating three aisles which accommodate the book collection and, at the same time, enclose a central triangular space. This configuration also allows the visitor to access the building at its center, rather than laboriously entering from the perimeter. The aisles are designed as a topography of shelving, interspersed with spaces for reading, socializing and browsing. 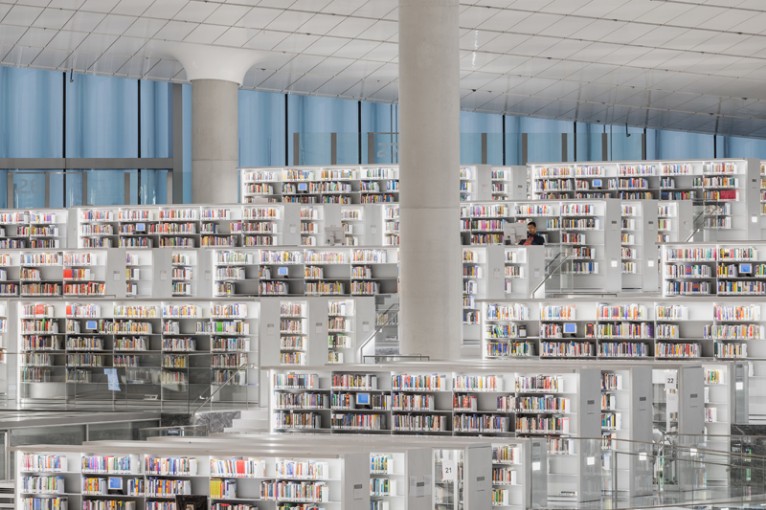 The bookshelves are meant to be part of the building both in terms of materiality – they are made of the same white marble as the floors – and infrastructure – they incorporate artificial lighting, ventilation, and the book return system. The heritage collection is placed at the center of the library in a six-meter-deep excavated-like space, cladded in beige travertine. The collection can also operate autonomously, directly accessible from the outside.

Ellen Van Loon: “Classically, libraries were vibrant spaces for the exchange of knowledge. With the immediate accessibility of information in the current era, the library’s role as public meeting space is more significant than ever. We pay tribute to the region’s rich culture with the Heritage Library, excavated from the ground like an archeological site, holding historical and priceless Islamic texts for visitors to study and contemplate.”

Rem Koolhaas: “We designed the space so you can see all the books in a panorama. You emerge immediately surrounded by literally every book – all physically present, visible, and accessible, without any particular effort. The interior is so large it’s on an almost urban scale: it could contain an entire population, and also an entire population of books.”

Iyad Alsaka: “The library is a testimony to Qatar’s significant regional role and influence in bridging knowledge, tolerance and greater dialogue within the region and to a global reach. QNL is an extraordinary public space in the region that will promote knowledge sharing, physically and digitally.” 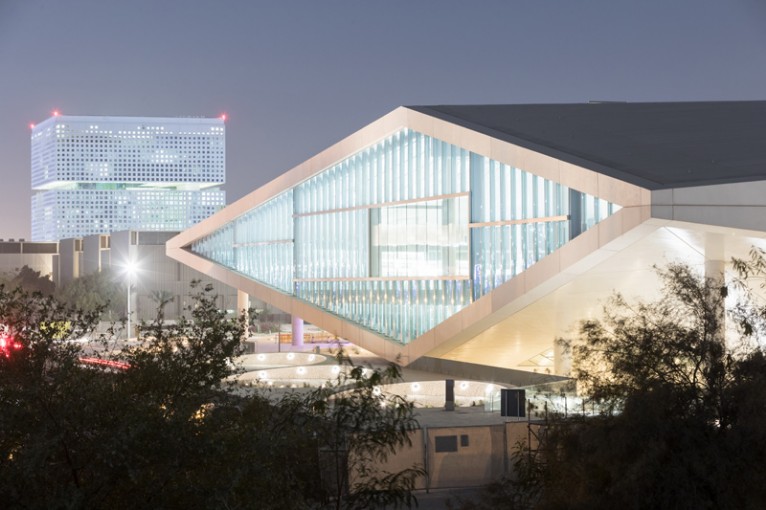 Qatar National library is the latest expression of OMA’s long-term interest in the library, which goes back to the competition for the National Library of France in 1989. Following the Seattle Central Library in the US and the Bibliothèque Alexis de Tocqueville in Caen, France, this is the third library built by OMA. The project was led by Rem Koolhaas, Ellen van Loon, Iyad Alsaka, Vincent Kersten and Gary Owen.