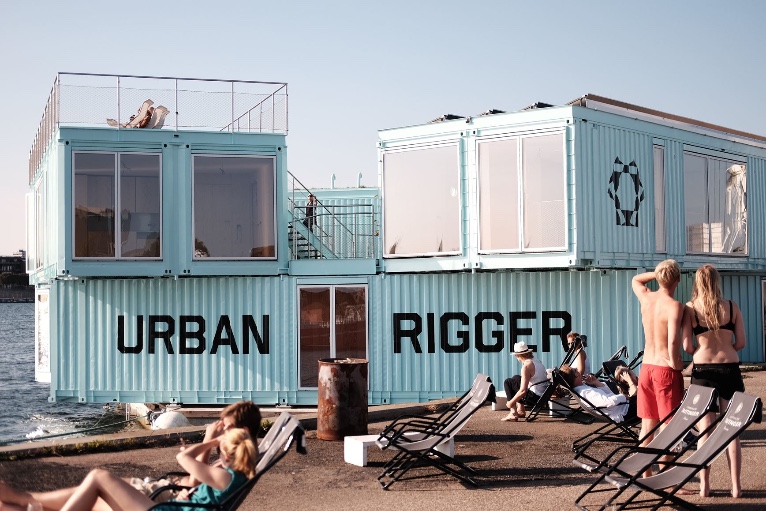 Waterfront living, without the high rents. The idea was born in Copenhagen in the fall of 2013 by the Copenhagen-based startup Urban Rigger.

The idea was to develop a revolutionary and innovative floating dwelling system that will have a positive impact on the housing situation for students in Europe, as well as completing an attractive untapped and geographically independent niche in the market, “the water ways” – thousands of kilometers of unused quay’s across the harbor, canal and river intensive cities across the world. 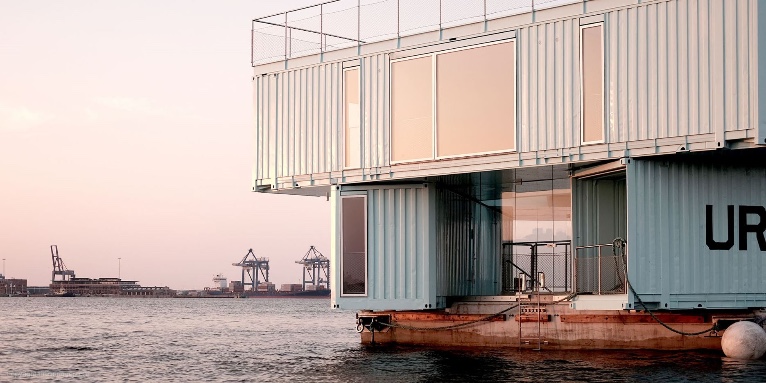 The first full scale Urban Rigger was delivered in the summer 2016 in Copenhagen, as the first in a potential fleet of mobile, sustainable dwellings, for students, refugees and others, in urgent need of a home.

Copenhagen seemed perfect as a starting point, being one of the ten costliest cities in the world to live in, puts pressure on many, but especially the young generation who managed to get accepted into a higher education at the university typically located in the cities. 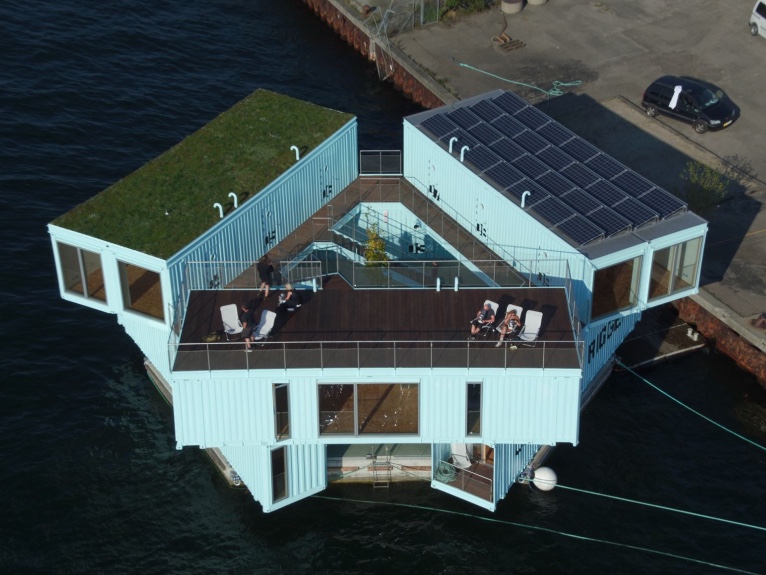 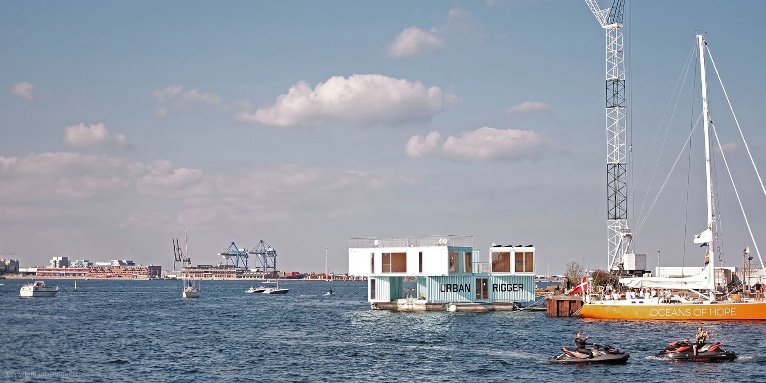 “The young people who enter into higher educations today, are the same people that the world will rely on facing the unprecedented global challenges that lie ahead. Essential basic drivers of the student migration, such as the availability of centralized, sustainable and affordable student housing, is not only elemental, but cardinal in the quest to inspire and attract the best and the brightest to conquer the challenges of our exiting but fragile future.” – Bjarke Ingels 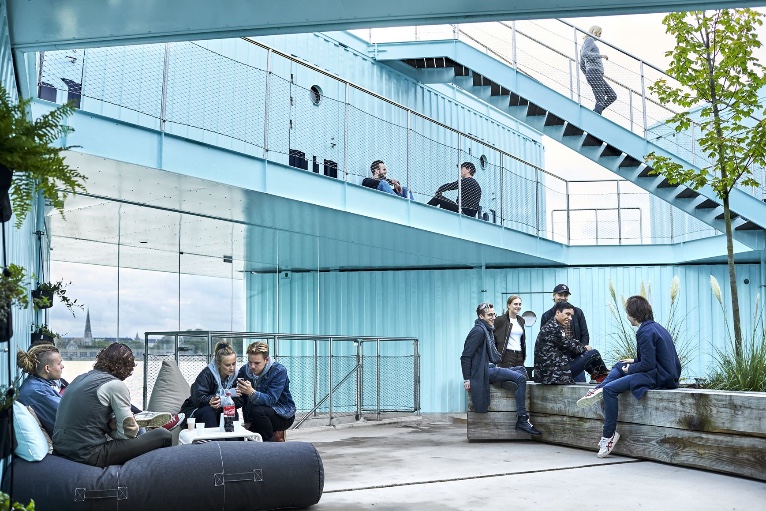 By stacking shipping containers in a opposite triangles, BIG Architect has managed to create 12 studio apartments which frame a centralized garden used as a common meeting place for the residents. Containers on top of the hull are placed in two tiers arranged in opposite triangles. The lower tier consists of 3 containers with a total of 3 accommodations. 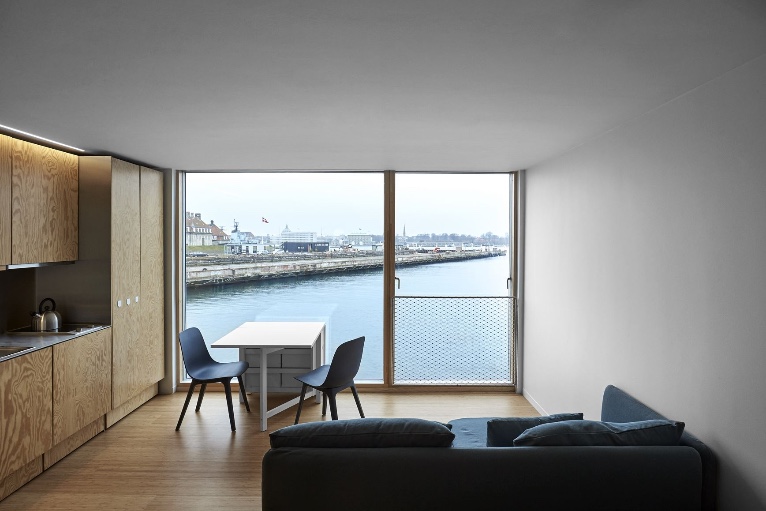 These “container dorms” are cool and eco-friendly. The upper tier consists of 6 containers with a total of 9 accommodations giving a total of some 300 m2 living space on one URBAN RIGGER. The 12 apartments are between 23-28m2 (260-300 sq.f) and is equipped with kitchen and bathroom including shower and toilet. Each URBAN RIGGER unit has a 160 m2 common green courtyard with bicycle parking, bathing platform, kayak landing and barbecue area, as well as a 60 m2 rooftop terrace and a 220 m2 basement with storage, technical and fully automatic shared laundry. 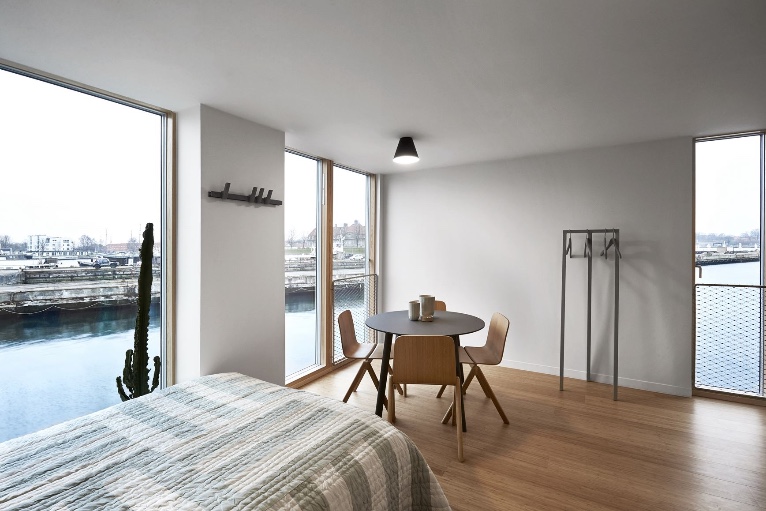 The first Urban Rigger is Located in Copenhagen, and students will move into their new Urban Rigger apartments by May 2018.

The company is also planning to build 24 units, offering 288 apartments, in Sweden and a further 20 units (240 apartments) in other locations in Denmark.

Currently Urban Rigger are focusing on sales and production in Northern Europe, but in 2019 Urban Rigger will expand internationally and potentially to other continents. 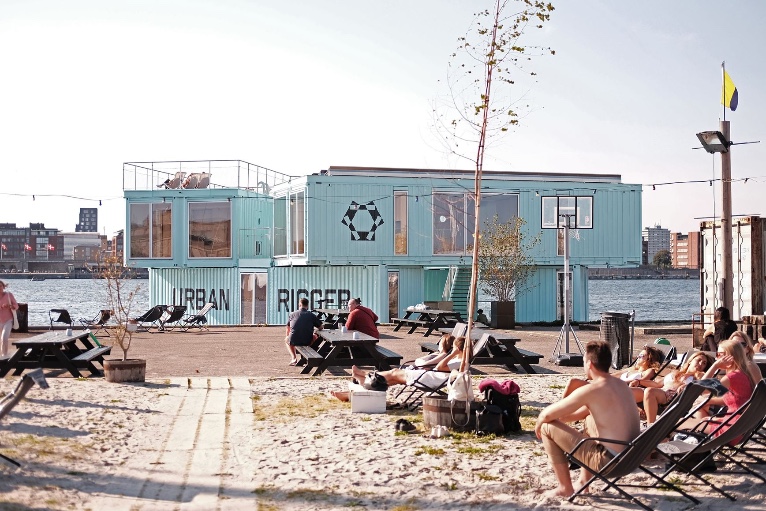 All photos by © Laurent de Carnière