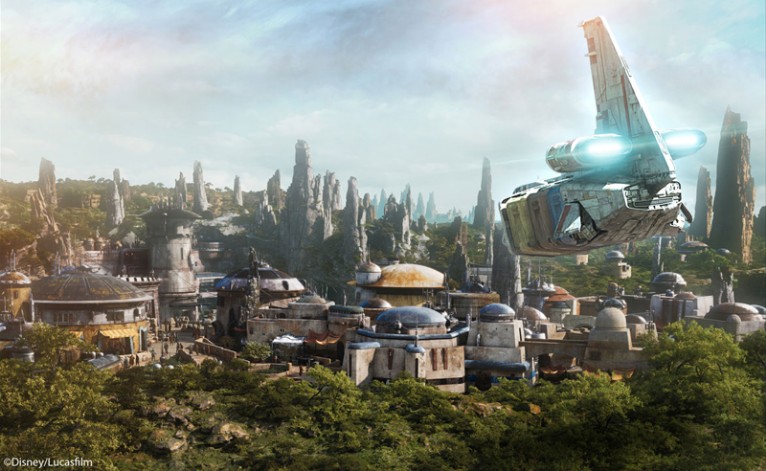 2. It’s Set On The Planet Batuu – At Star Wars: Galaxy’s Edge, guests visit Batuu, a remote outpost on the galaxy’s edge was once a busy crossroads along the old sub-lightspeed trade routes, but its prominence was bypassed by the rise of hyperspace travel. Now home to those who prefer to stay out of the mainstream, it has become a thriving port for smugglers, rogue traders and adventurers traveling between the frontier and uncharted space. It’s also a convenient safe haven for those intent on avoiding the expanding reach of the First Order. (See rendering at the top). 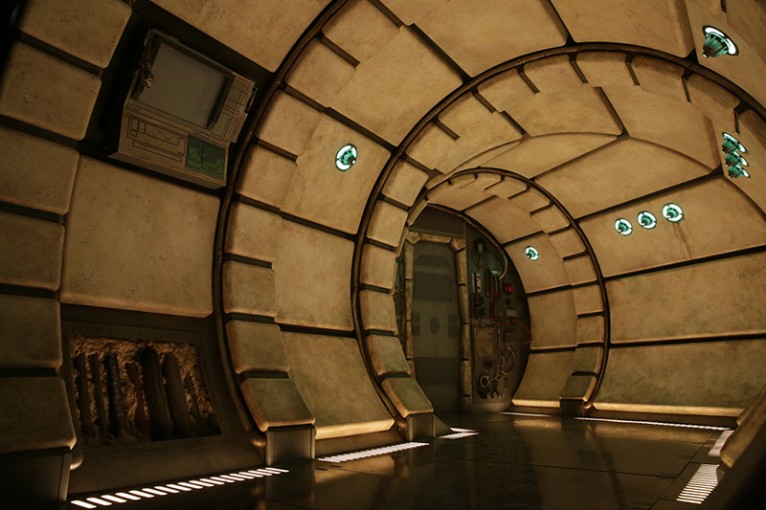 3. You’ll Be Able To Fly The Millenium Falcon – One of the land’s two signature attractions will put you in the cockpit of the Millenium Falcon, piloting the ship, shooting blasters or preparing for hyperspace – all while completing a critical mission. But how you perform on the mission holds even bigger stakes: perform with skill and you may earn extra galactic credits, while bringing the ship back banged up could put you on the list of a bounty hunter. End up on Harkos’s list and you may face a problem if you show up at the local cantina. 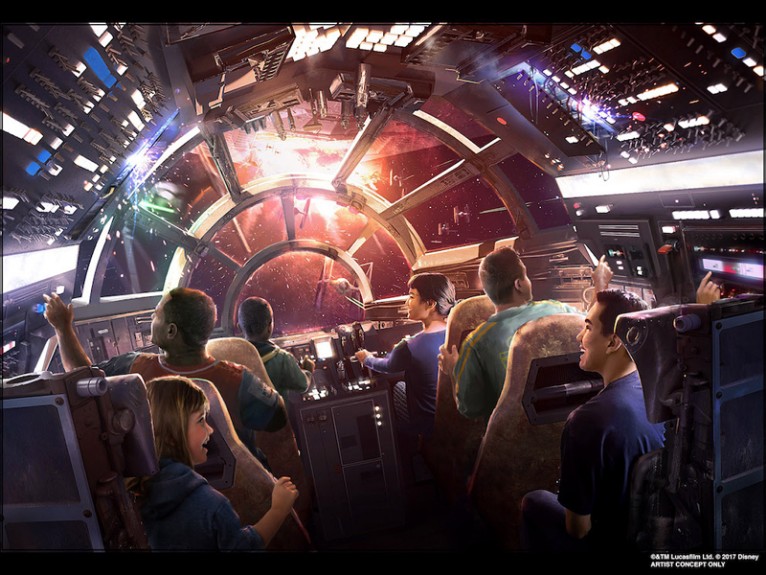 4. A Second Attraction Planned for Star Wars: Galaxy’s Edge Puts You On A Star Destroyer – This attraction, “built on a scale we’ve never done before,” will make guests feel like they’re inside a hangar bay in the middle of a battle between the First Order and the Resistance. (The name of this attraction is still yet to be released).

5. A Cantina Will Serve Up Blue Milk – Only one F&B item has been announced for Star Wars: Galaxy’s Edge so far and that’s the blue milk Luke Skywalker made famous in “Star Wars IV: A New Hope.”

6. Expect To See Characters From A Galaxy Far, Far Away – Guests will also encounter many familiar faces inside Star Wars: Galaxy’s Edge, including BB-8, Chewbacca, members of the First Order and – among many others – Rex, the troublesome pilot you may remember from the previous version of a certain Disney attraction who takes on a new role in this land as the DJ at the cantina. 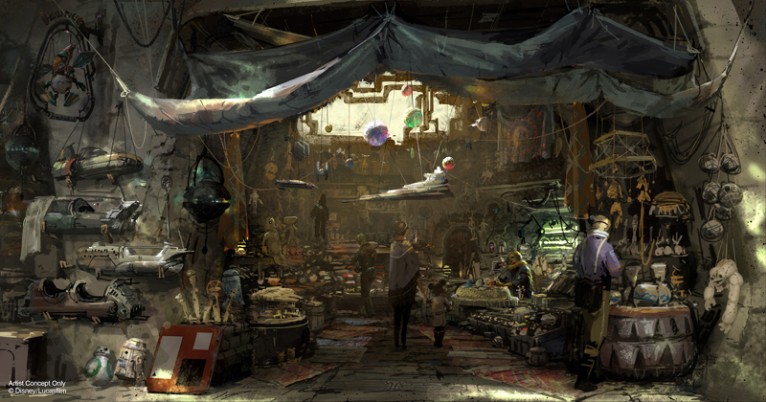 7. The Land Will Feature Marketplaces & New Toys – Imagineers looked to the exotic markets of Istanbul and Marrakech for inspiration for the land’s marketplace, where guests can explore a rich collection of shops and merchant stalls. One stall will be overseen by a Toydarian, a creatures fans first encountered on Tatooine in “Star Wars: The Phantom Menace.” Here, guests will be able to discover all kinds of fun toys straight out of the Star Wars galaxy. 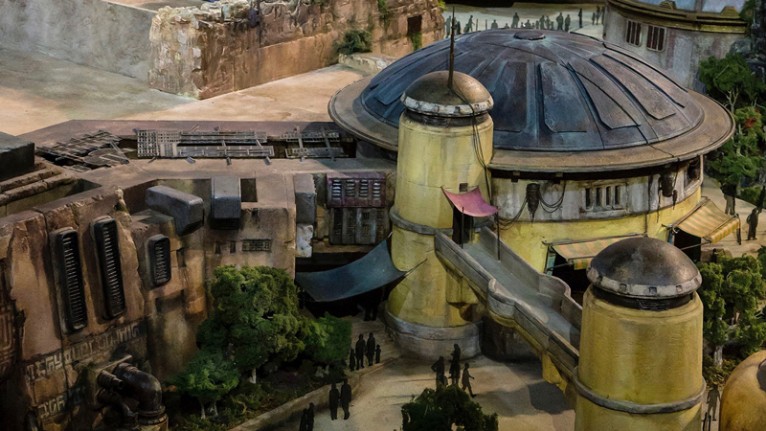 For the latest on Star Wars: Galaxy’s Edge, be sure to bookmark our dedicated Star Wars content page.