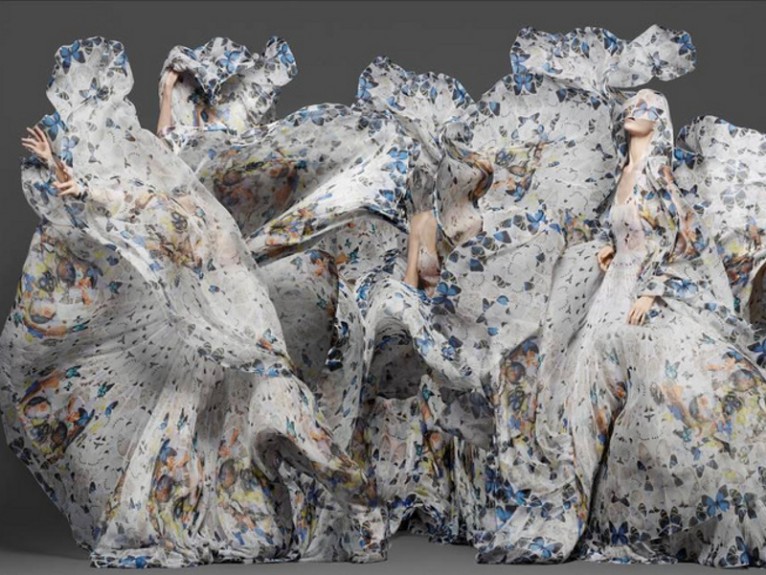 During the 20th century not only fashion designers, but also artists and architects have paid attention to the topic of dress, designing or producing works that sometimes cannot be worn, but that can be considered as art objects and, sometimes, even ‘manifestos’ of social and anthropological interest.

Talking with the Italian historian and art reviewer, Lia De Venere, we go over a very rich and much-discussed story through its key moments, full of contaminations coming from architecture, fashion, design and visual arts.

How can you tell us about the deep relationship among architecture, fashion and visual arts, from futurism up to today, in 10 significant examples?

Giacomo Balla, a complete artist, who already in its first 10 years of activity had devoted himself to the analysis of dresses and clothes and in the manifesto “The anti-neutral dress” (1914) explained the rules of men’s futuristic dress code; 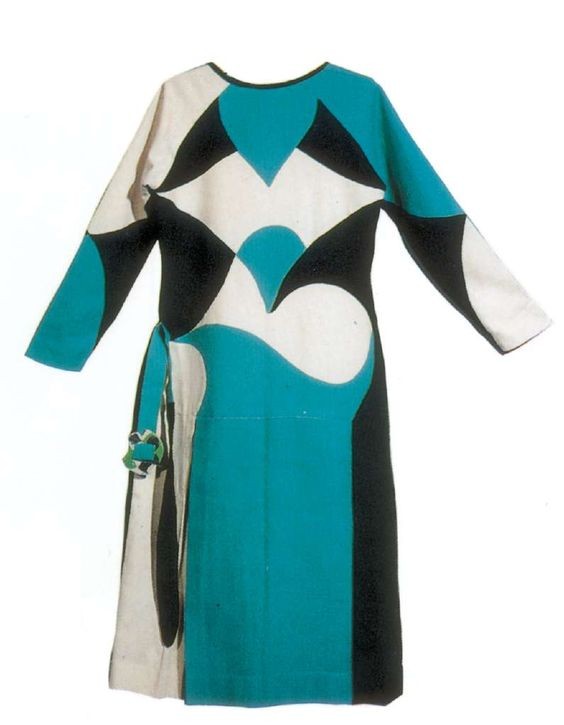 Thayaht, the futurist who in 1919 invented the suit, a dress which was considered as “popular” at the beginning, but then turned into a kind of uniform for the gala performances of the Florence aristocracy; 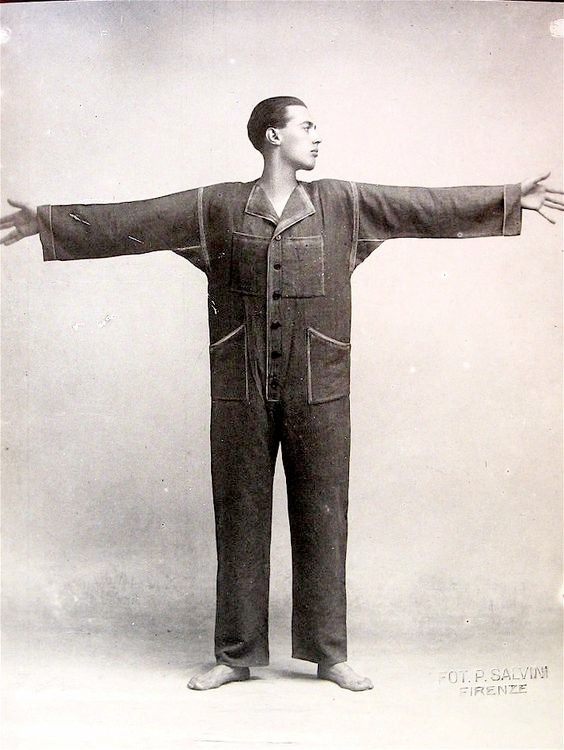 Sonia Delaunay, an artist who assisted her husband in the research of the colour and refraction of light and made very elegant dresses, in which different nuances and fabrics were combined in an exemplary harmony; 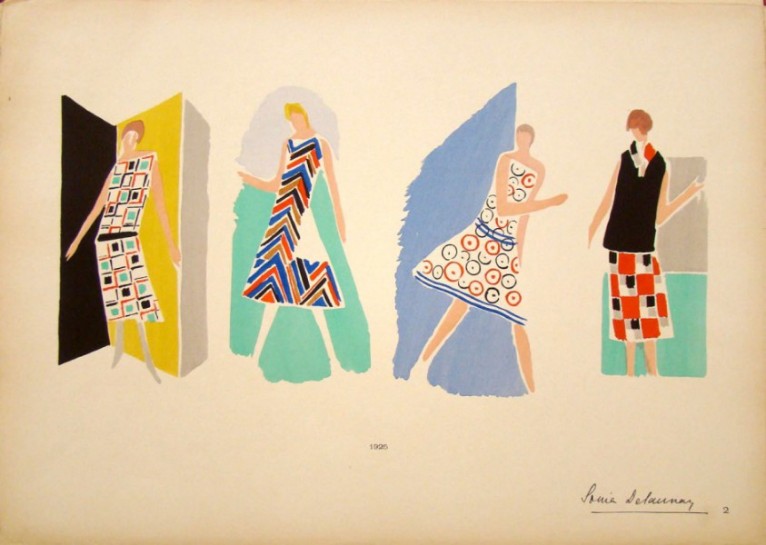 Piero Gilardi, who in his Vestiti natura (Nature dresses), made up of polyurethane foam, shows his sincere interest in the topics of environmental sustainability and the effects of the technological development; 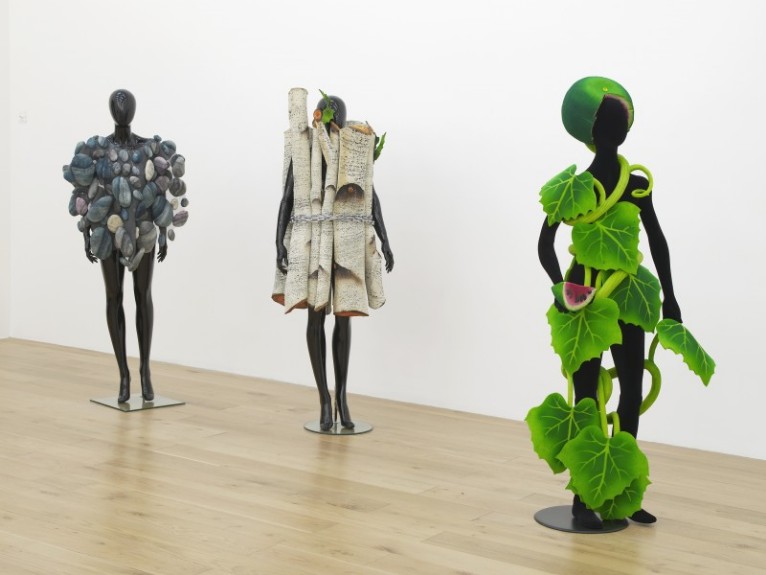 Jana Sterbak, whose sculptural dresses, which sometimes are made up of rather dangerous objects, represent an intense reflection on the topic of power and on how heavily women are conditioned from time immemorial; 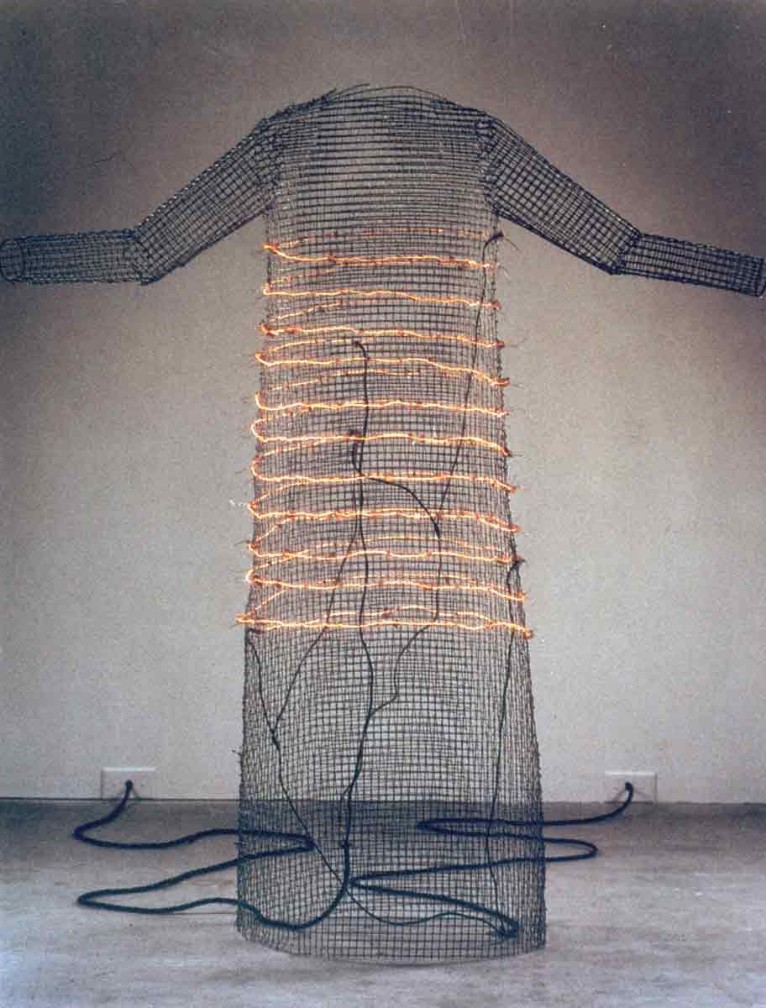 Enrica Borghi, author of magnificent dresses made up of bottles of sparkling water and shopping bags, representing an invitation for adults and children to make one’s best to protect the environment; 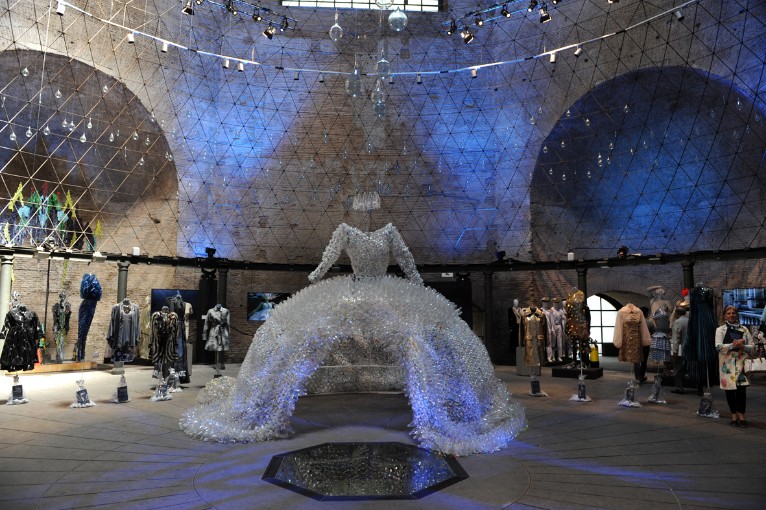 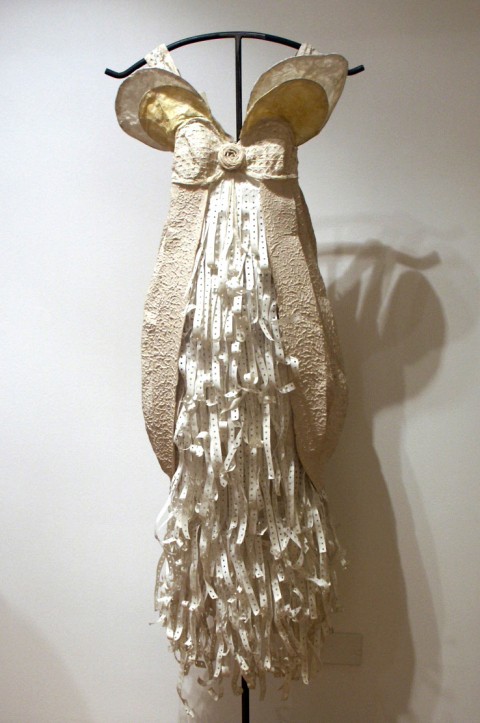 Jorge and Lucy Orta, authors of anti-exclusion actions through shelter dresses to be worn in emergency adverse situations, in which body art, fashion, street theatre and social activism are combined; 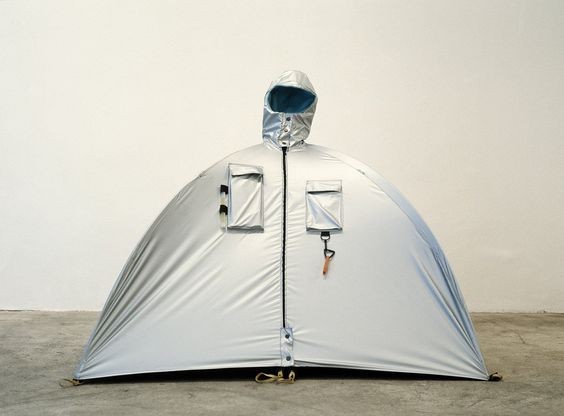 Yinka Shonibare, who makes Western-style dresses getting his inspiration from the paintings of the 18th and 19th century, using batik clothes, which became the symbol of the national identity of some African countries such as Nigeria, his country of origin; 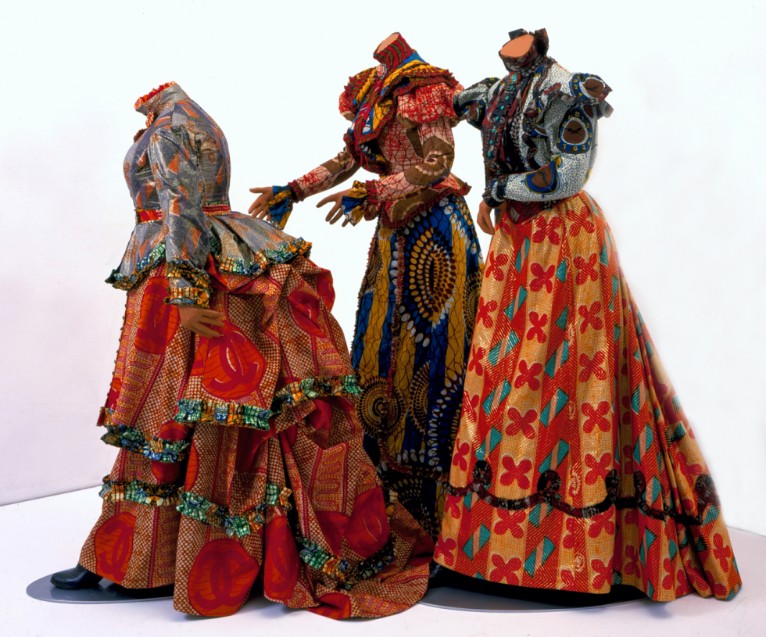 Zaha Hadid, the archistar who designed plastic shoes with different colours for a Brazilian company, whose sinuous lines remind of those of her extraordinary architectures, even if they are not so comfortable to wear. 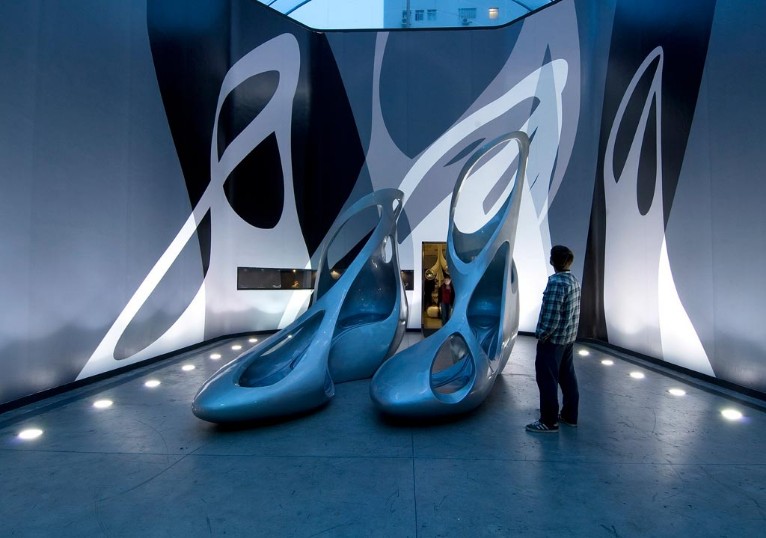 Of course more and more artists can be added to this list.

If you had to choose a creation of the past, which one would you choose and why?

It is a difficult choice, that is for sure. I would like to have an evening dress of the ‘30s by Madeleine Vionnet, in which elegance and lightness are combined in an exemplary way, a creation by Franco Moschino, who in many cases made a sharp and caustic reflection on the fashion system, a dress from the Mondrian collection by Yves Saint-Laurent, because there is no question about Saint-Laurent and there is no question even about Mondrian! But if you give me some more time to think about that…there will be more added to the list! 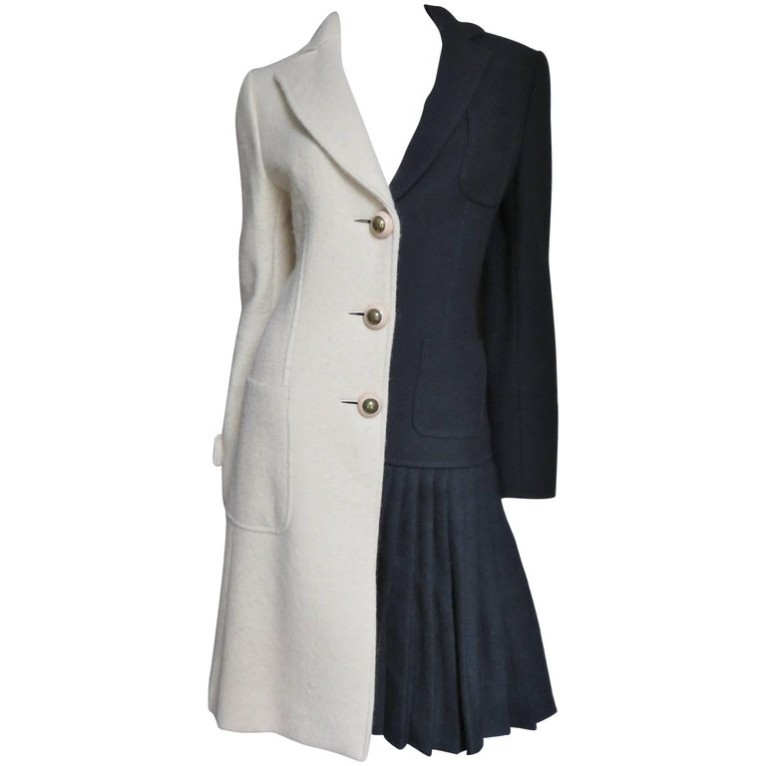 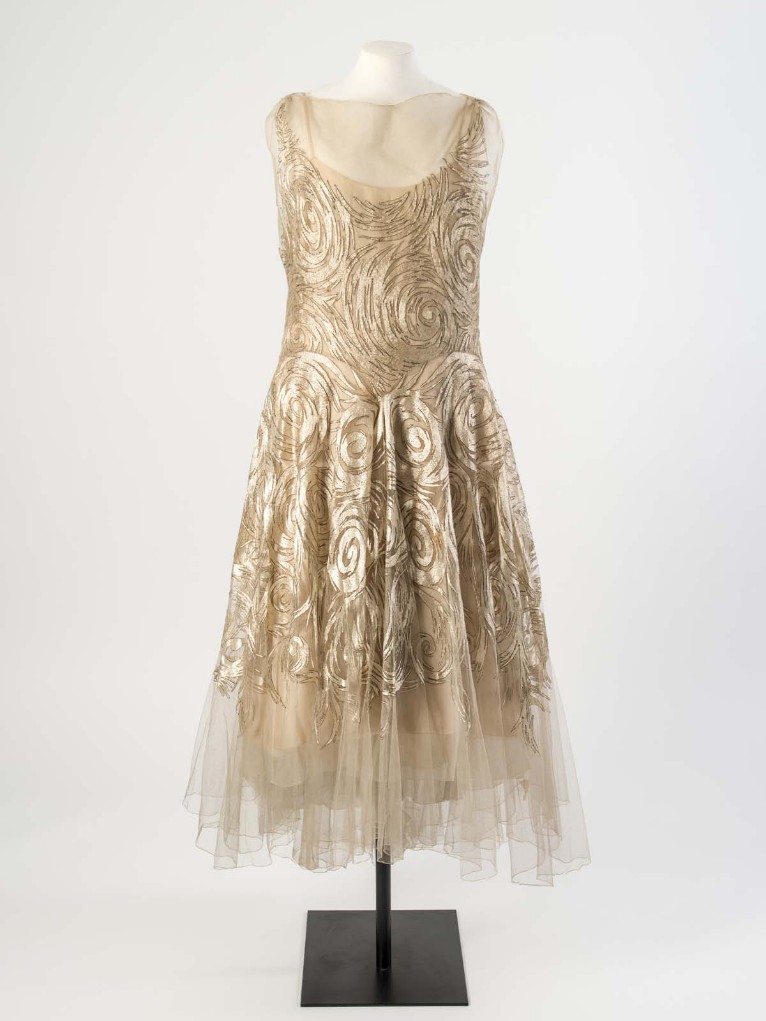 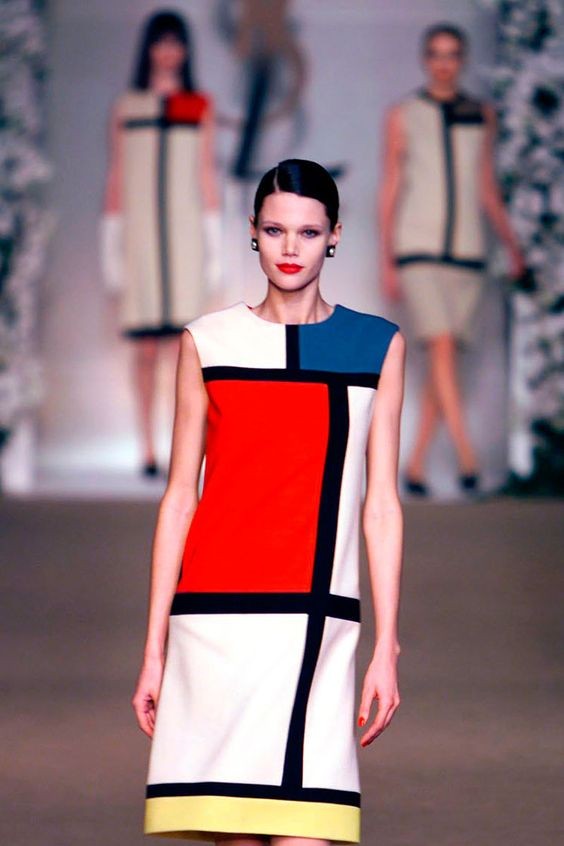 How much and in which way fashion, visual art and design are still interacting today?

These worlds are in close connection with each other and constantly interact, as shown by the collections of several fashion designers, most of whom studied as artists or designers and get often inspired – in a personal way, of course – by works of art and design objects.

One of the examples of such artists is Antonio Marras, a Sardinian fashion designer, who has a constant and structured relationship both with the handicrafts of his country and with art. In Alghero he organised exhibitions of Maria Lai, an extraordinary Sardinian artist, Claudia Losi and Carol Rama. Some years ago he has launched a furniture line in which materials, clothes and objects are recycled and re-used, as you can find in his dresses. Moreover, he designed dresses for theatre exhibitions and invented the fantastic mounting of the great exhibition the Triennale dedicated to him in 2016, where great installations, paintings, drawings and sketches told about the creative path of a…complete artist. 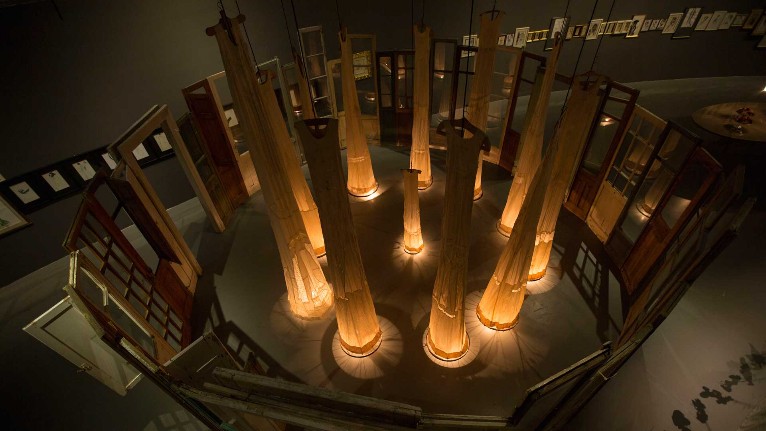 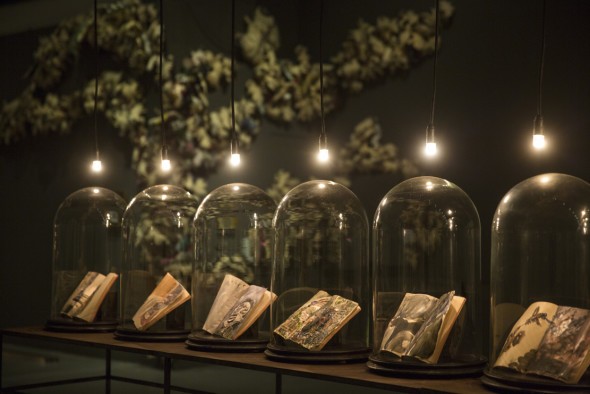 Many artists and designers look at fashion with great interest and are often invited by fashion brands to design dresses or accessories with sometimes surprising results, such as those achieved by Damien Hirst, who in 2007-08 designed a capsule collection of jeans for Levi’s with the same method used for his Spin Paintings and in 2013 designed another capsule collection  of foulards for Alexander McQueen inspired by the topic of death, representing the leitmotiv of almost all his work. One year earlier he cooperated with the American brand The Row to create twelve coconut bags, decorated with polka dots and coloured pills. 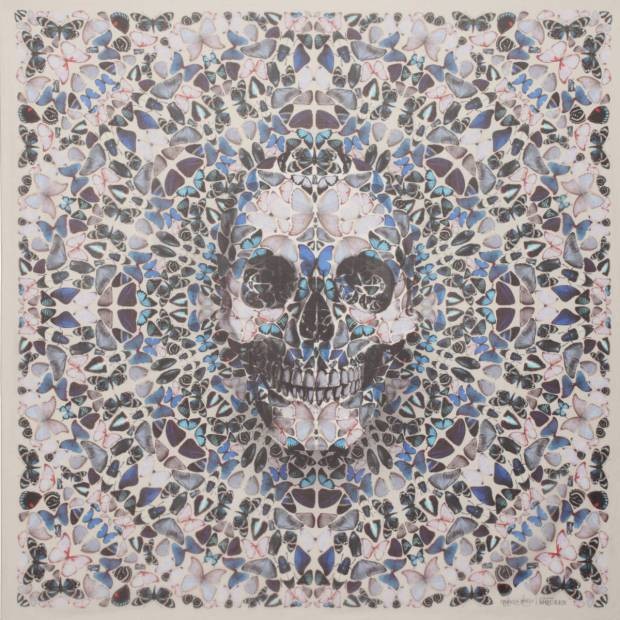 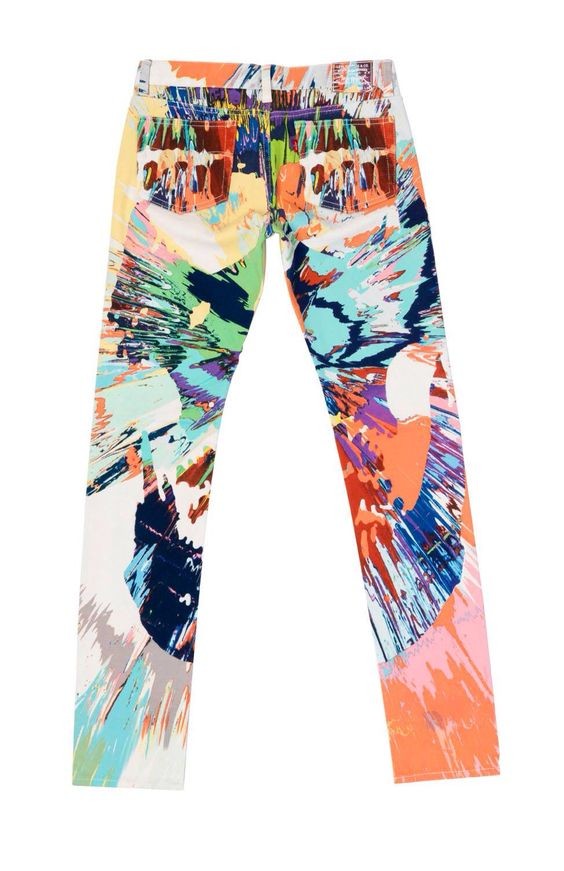 Which is your favourite dress/accessory in your wardrobe? Which one would you like to have without the need to wear it?

A black dress with lace applications: it is very beautiful, but I have never worn it. I have a great passion for shoes, bags and even for hats, and some of them have never left my wardrobe. But I must admit that I would really like to have a headpiece by Philip Treacy, the favourite Irish fashion designer by the English aristocracy and star system. Of course, I doubt I would get out of home if I wore it! 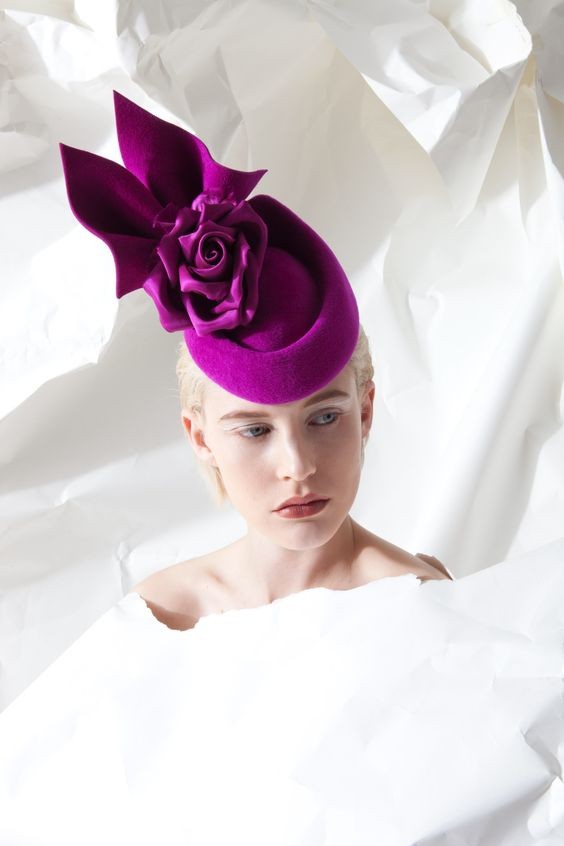 What does fashion represents for you today: a cultural manifesto, a parallel universe or an unanswered question?

It is a parallel universe and this represents its charm, too, a kind of filter impulses coming from other fields pass through, in some cases it is a sort of manifesto, even if sometimes it is inspired more by marketing needs than by cultural motivations.

More than an unanswered question, fashion brings a series of challenges with it, that often arouse conflicting reactions at a first glance, but that are then accepted in time.

And do not forget that fashion is at the second place in the list of the exported products of the Made in Italy, so it is an essential element for the economy of our country.

The great installation Ago, filo e nodo (Needle, Thread and Knot) by Claes Oldenburg and Coosje Van Bruggen located at piazza Cadorna in Milan underlines it in an emphatic and efficient way. 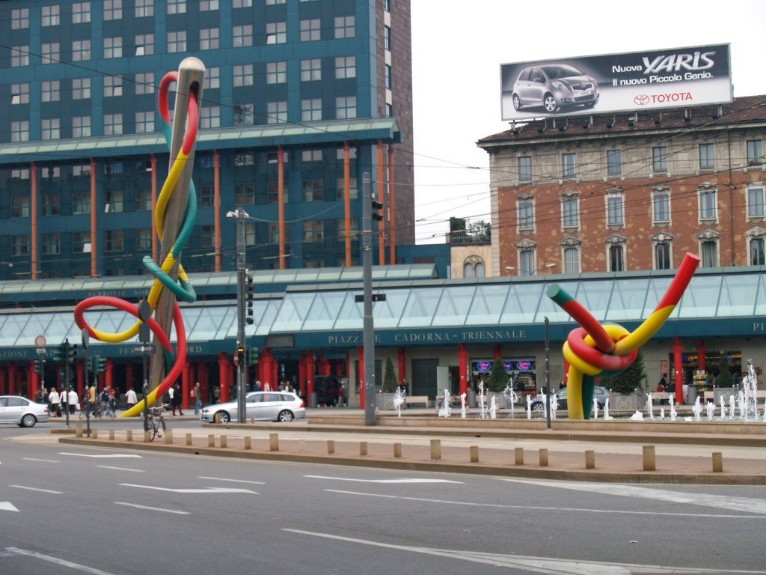 Some thoughts on the latest fashion show by Gucci.

The images I saw on the web made me immediately think about the Tragic Anatomies by the English Jake and Dinos Chapman, who in their works reflect with different languages on the topic of the horror marking our era.

I did not find appropriate making a fashion show in an operating room, a place where pain demands the respectful silence by everyone. 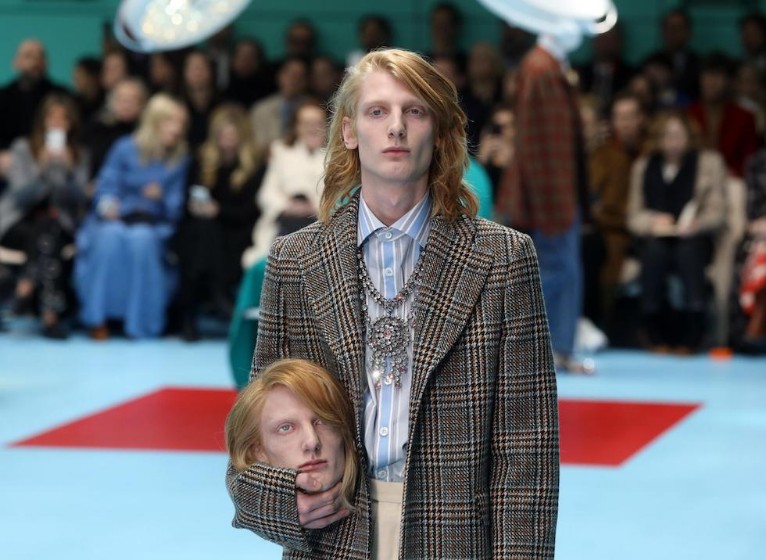 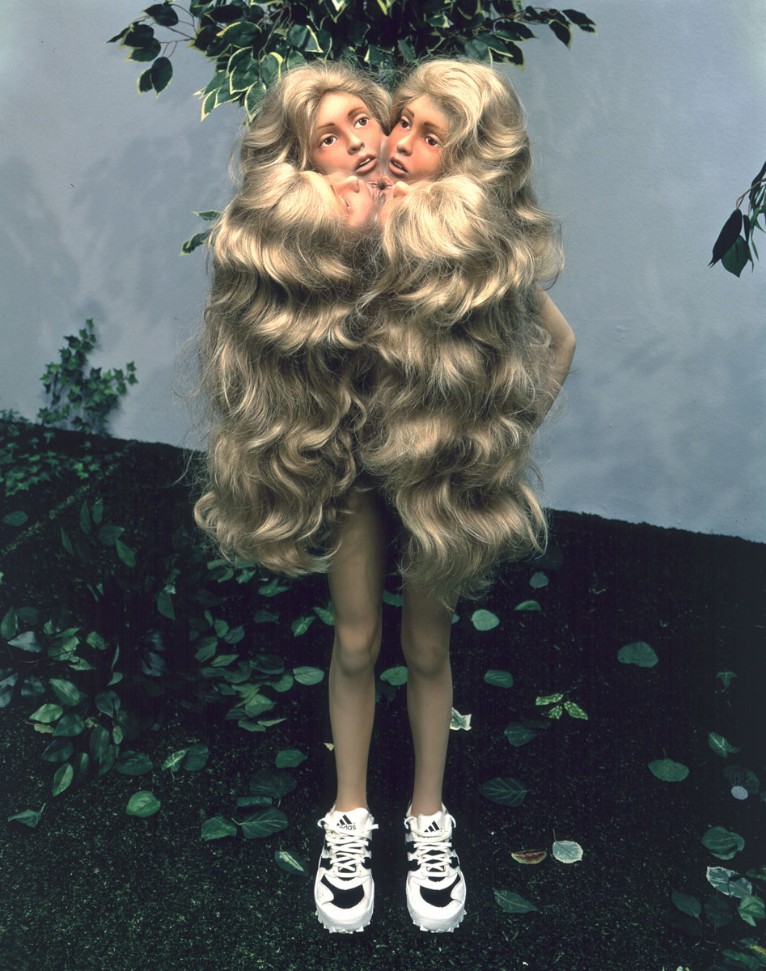 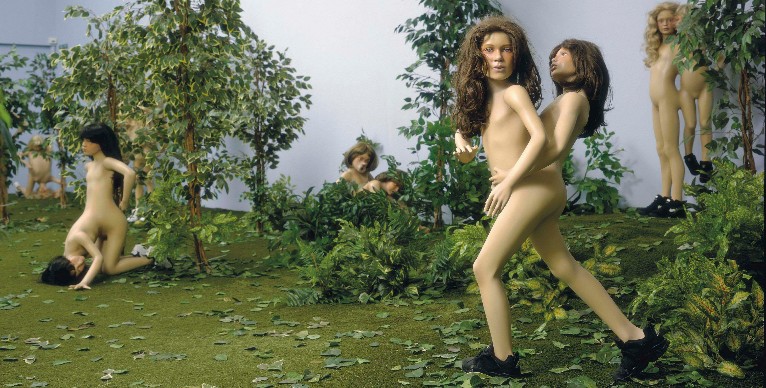 She teached History of contemporary art as Associate Professor at the Academy of Art in Bari and as fixed-term contract Professor at the Faculty of Education of the University of Bari in the degree course in Fashion Science and Technology.

Apart from several personal exhibitions in private art galleries, she also organised several reviews and shows (and the relevant catalogues) for public bodies in Italy and abroad (London, Bratislava, Stuttgart, Hamburg, Lisbon) and held conferences in various universities in Germany and in the Slovak Republic as well.

She cooperated with the Fondazione Museo Pino Pascali (Pino Pascali Museum Foundation) of Polignano a Mare (Bari, Italy) in organising exhibitions and residences for artists.

She cooperates with the contemporary art magazine “Segno”, with the sections Arte (Art) and Arteconomy24 of the Internet portal of the Italian newspaper “Il sole 24 ore” and with Artribune.