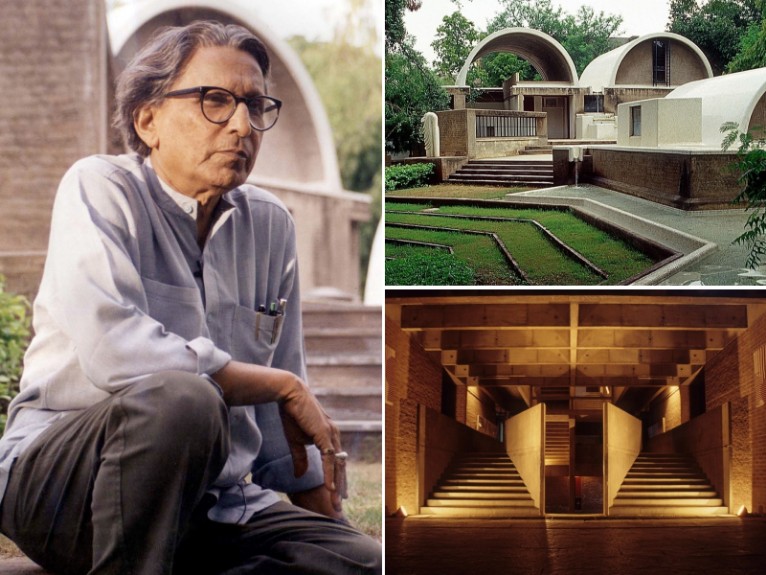 Professor Balkrishna Doshi, of India, has been selected as the 2018 Pritzker Architecture Prize Laureate, announced Tom Pritzker, Chairman of Hyatt Foundation, which sponsors the award that is known internationally as architecture’s highest honor.

Architect, urban planner, and educator for the past 70 years, Doshi has been instrumental in shaping the discourse of architecture throughout India and internationally. Influenced by masters of 20th-century architecture, Charles-Édouard Jeanneret, known as Le Corbusier, and Louis Khan, Doshi has been able to interpret architecture and transform it into built works that respect eastern culture while enhancing the quality of living in India. His ethical and personal approach to architecture has touched lives of every socio-economic class across a broad spectrum of genres since the 1950s. 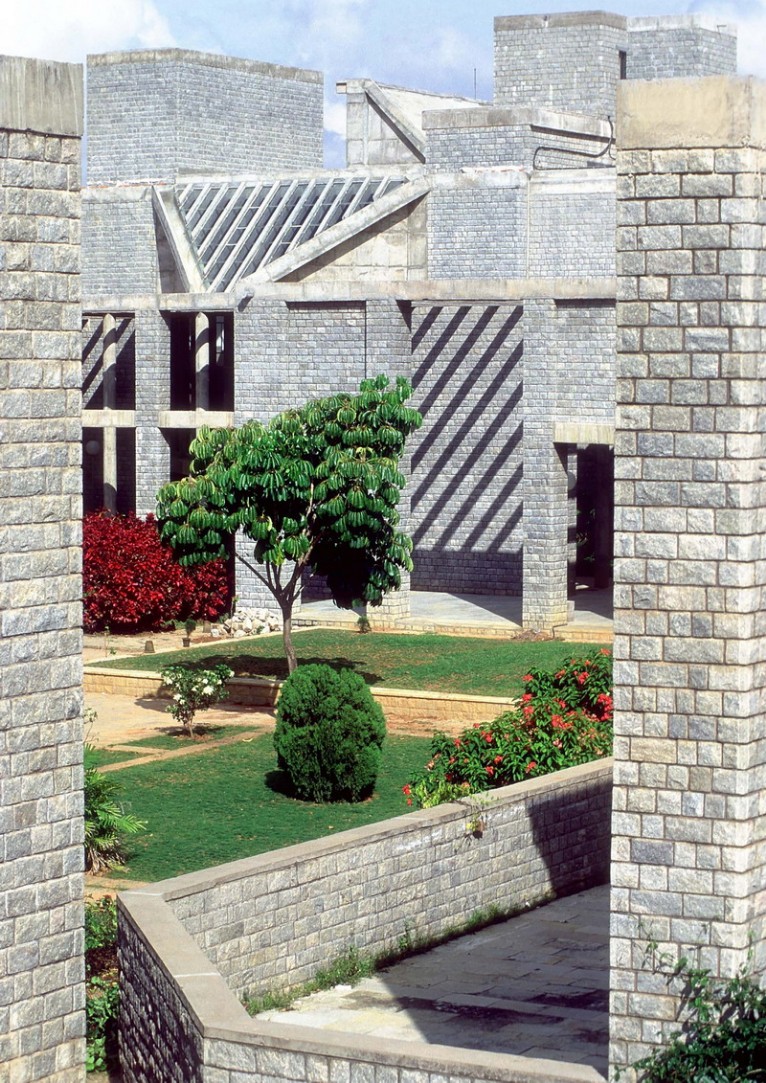 “My works are an extension of my life, philosophy and dreams trying to create treasury of the architectural spirit. I owe this prestigious prize to my guru, Le Corbusier. His teachings led me to question identity and compelled me to discover new regionally adopted contemporary expression for a sustainable holistic habitat,” comments Doshi. He continues, “with all my humility and gratefulness I want to thank the Pritzker Jury for this deeply touching and rewarding recognition of my work. This reaffirms my belief that, ‘life celebrates when lifestyle and architecture fuse.’” 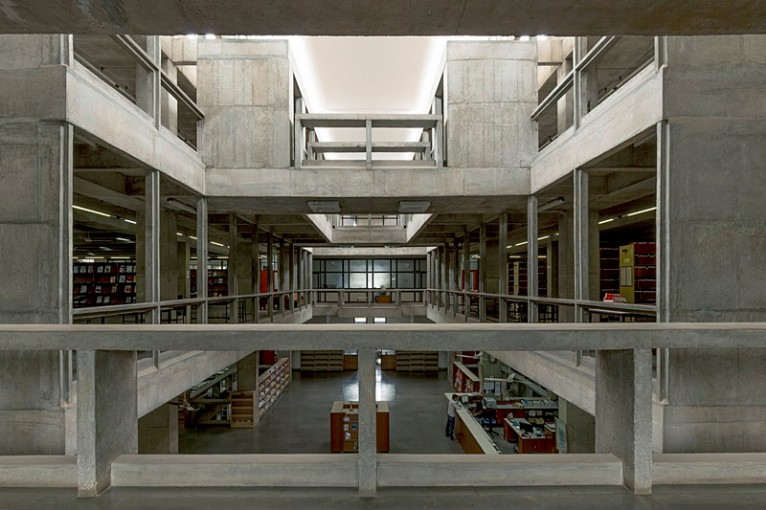 Doshi’s architecture explores the relationships between fundamental needs of human life, connectivity to self and culture, and understanding of social traditions, within the context of a place and its environment, and through a response to Modernism. Childhood recollections, from the rhythms of the weather to the ringing of temple bells, inform his designs. He describes architecture as an extension of the body, and his ability to attentively address function while regarding climate, landscape, and urbanization is demonstrated through his choice of materials, overlapping spaces, and utilization of natural and harmonizing elements. 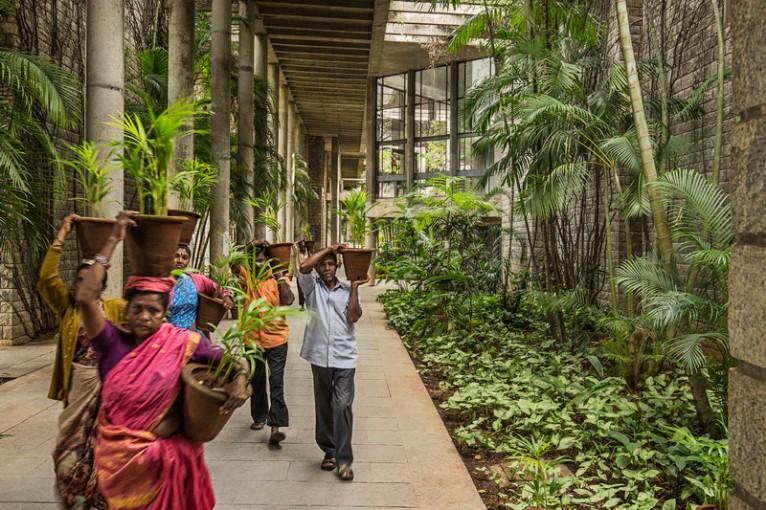 “Professor Doshi has said that ‘Design converts shelters into homes, housing into communities, and cities into magnets of opportunities,” comments Mr. Pritzker. “The life’s work of Balkrishna Doshi truly underscores the mission of the Prize—demonstrating the art of architecture and an invaluable service to humanity. I am honored to present the 40th anniversary of this award to an architect who has contributed more than 60 years of service to us all.” 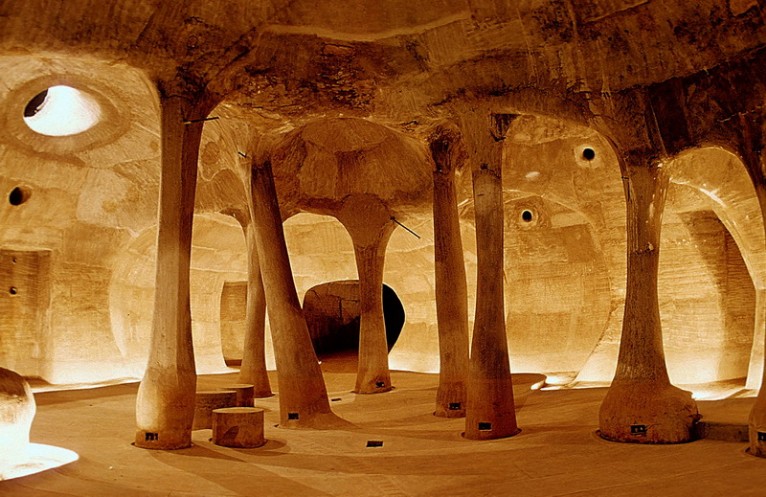 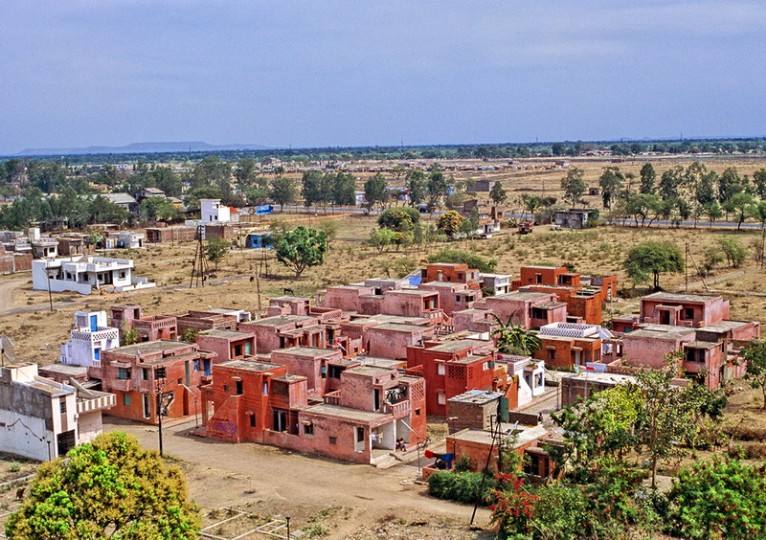 Doshi´s architecture is both poetic and functional. The Indian Institute of Management (Bangalore, 1977-1992), inspired by traditional maze-like Indian cities and temples, is organized as interlocking buildings, courts and galleries. It also provides a variety of spaces protected from the hot climate. The scale of masonry and vast corridors infused with a campus of greenery allow visitors to be simultaneously indoors and outdoors. As people pass through the buildings and spaces, Doshi invites them to experience their surroundings and also suggests the possibility of transformation. 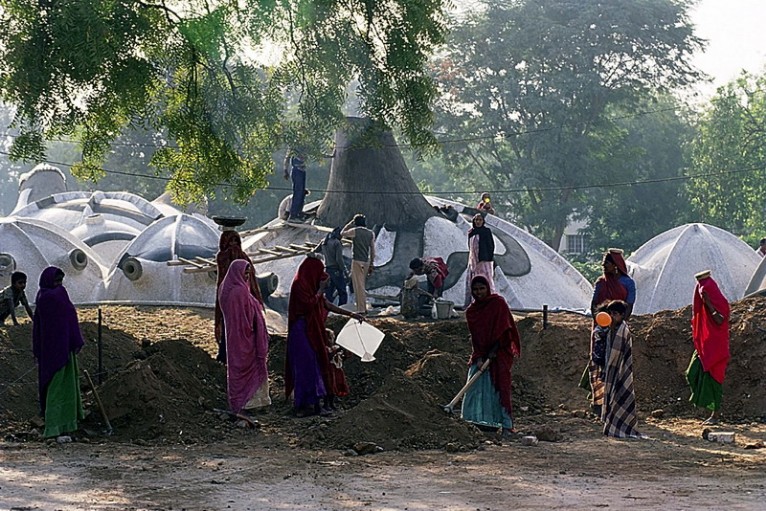 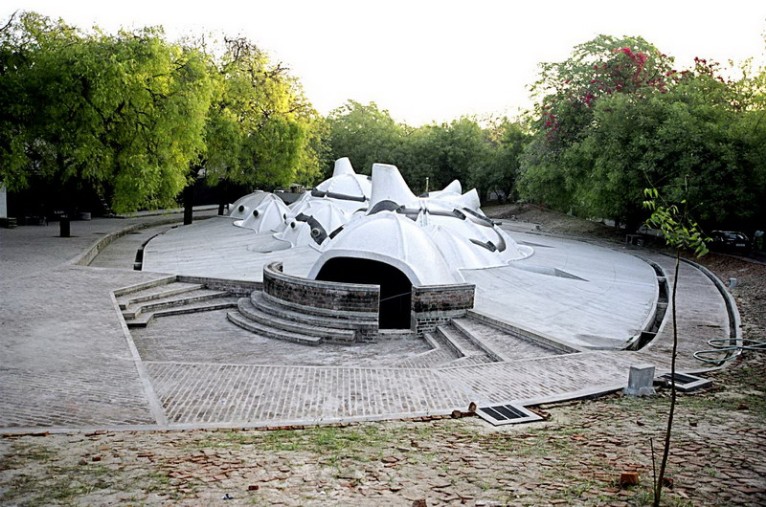 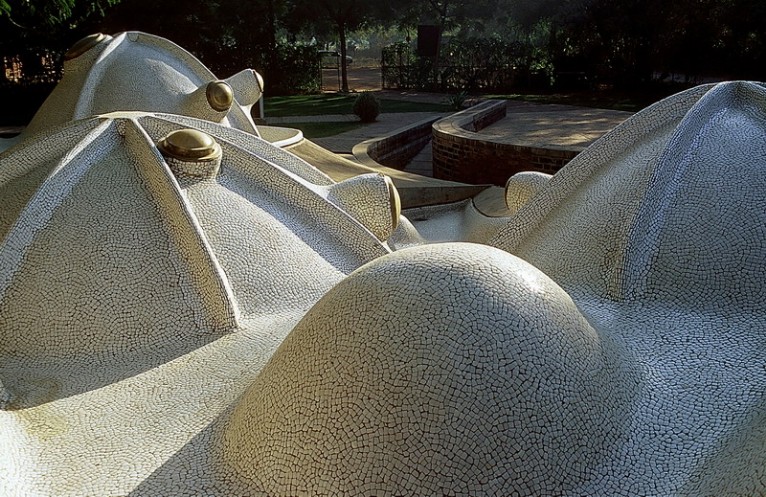 The 2018 Jury Citation states, in part: “Over the years, Balkrishna Doshi has always created an architecture that is serious, never flashy or a follower of trends. With a deep sense of responsibility and a desire to contribute to his country and its people through high quality, authentic architecture, he has created projects for public administrations and utilities, educational and cultural institutions, and residences for private clients, among others.” The Jury continues, “Doshi is acutely aware of the context in which his buildings are located. His solutions take into account the social, environmental and economic dimensions, and therefore his architecture is totally engaged with sustainability.” 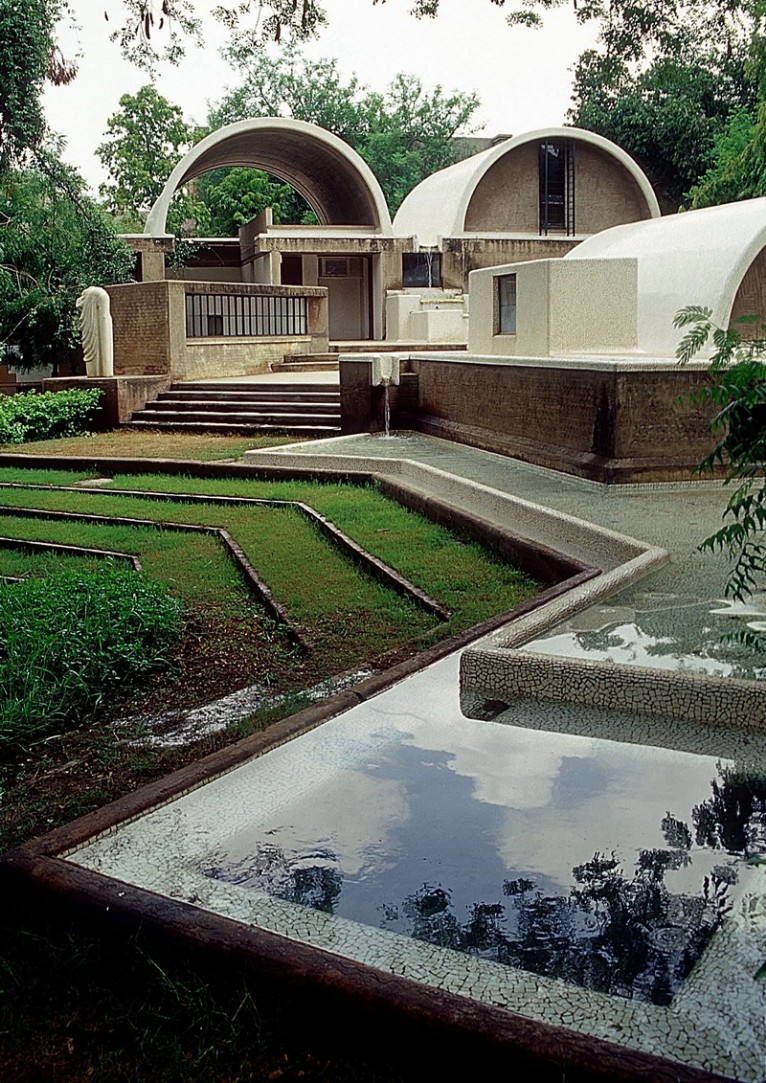 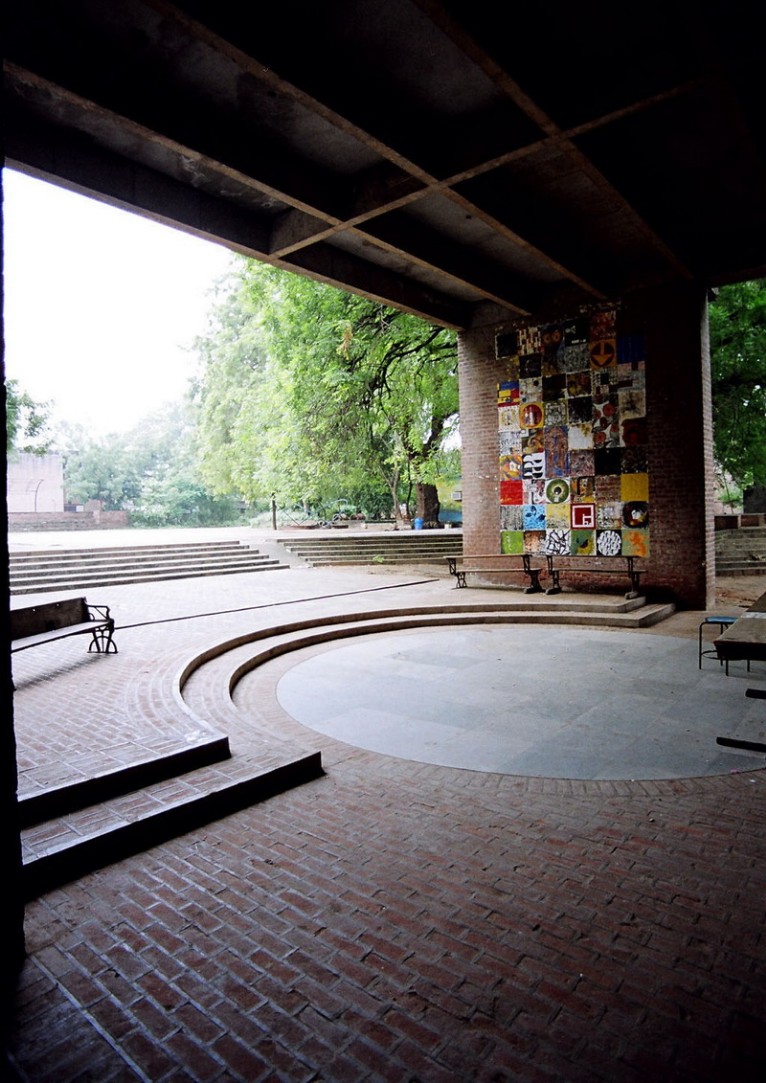 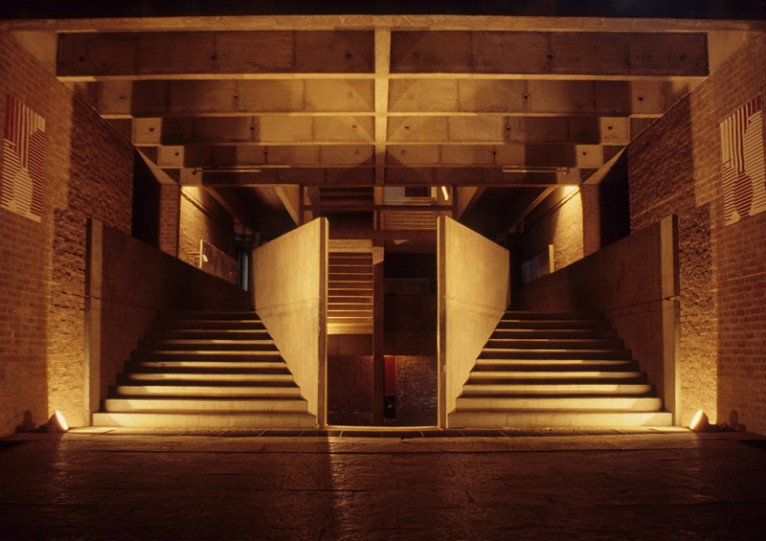 “Every object around us, and nature itself—lights, sky, water and storm—everything is in a symphony,” explains Doshi. “And this symphony is what architecture is all about. My work is the story of my life, continuously evolving, changing and searching…searching to take away the role of architecture, and look only at life.”

Doshi is the 45th Pritzker Prize Laureate, and the first to hail from India. The 2018 Pritzker Architecture Prize ceremony commemorates the 40th anniversary of the accolade, and will take place at the Aga Khan Museum in Toronto, Canada, this May. The Laureate will present a public lecture, in partnership with the John H. Daniels Faculty of Architecture, Landscape, and Design at the University of Toronto on May 16, 2018.