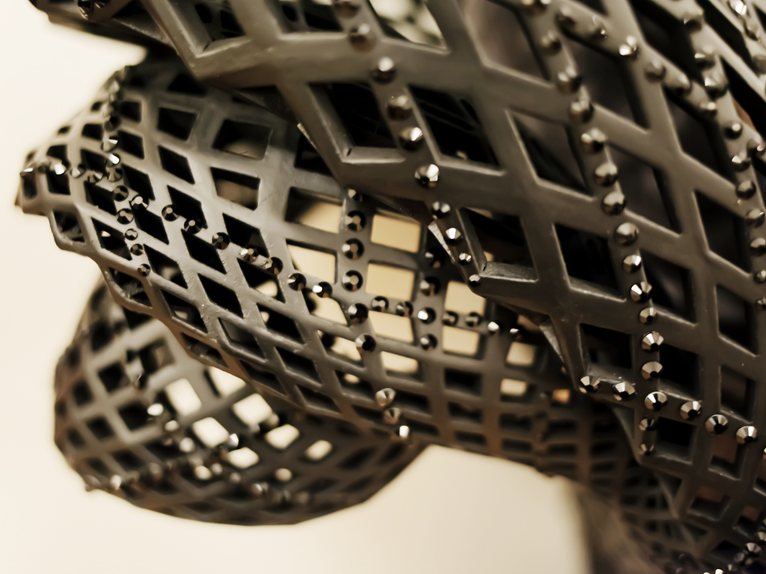 TECHNOLOGY_For the first time, a work of fashion conceived and engineered in powdered nylon by the revolutionary process of 3-D printing can move like a textile. Neither pen and paper, nor needle and thread were used. 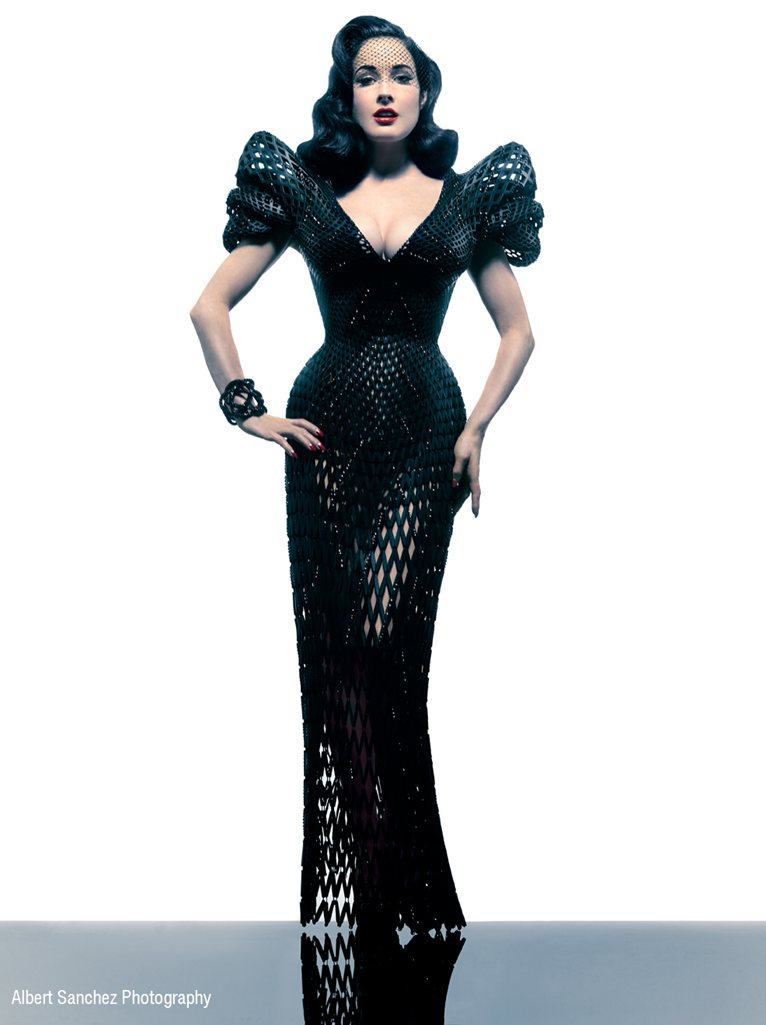 This groundbreaking flexible 'fabric' printed straight from a computer was the result of nearly four months of work between Mr. Schmidt and the Mr. Bitonti. 'It’s an articulated fabric built into the 3-D print itself. It’s something that’s never been done'.

Forward-thinking science intersects with beauty classicism in this historic dress. 'It all comes down to mathematics,' Mr. Schmidt notes, 'beauty realized through mathematics'. His template was the Golden Ratio theory by 13th century theorist Fibonacci, whose formula for beauty continues to be applied by artists and scientists alike. At the core of the theory is that the spiral exists throughout nature, from a human ear to the pinecone to the galaxy. 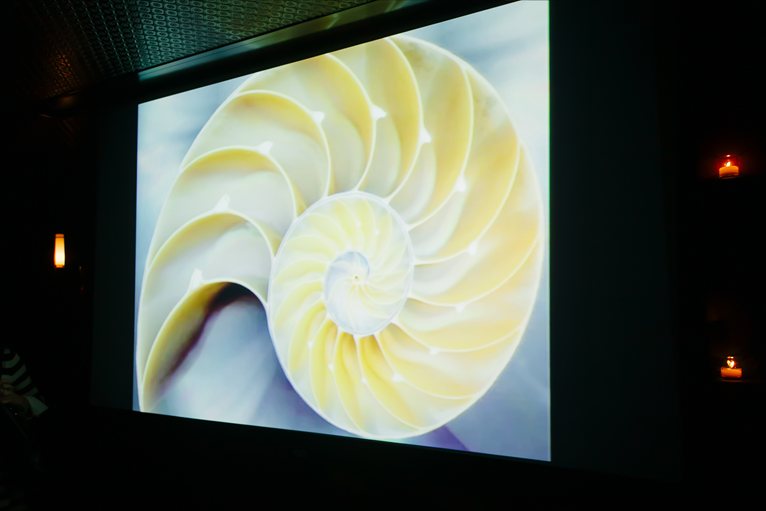 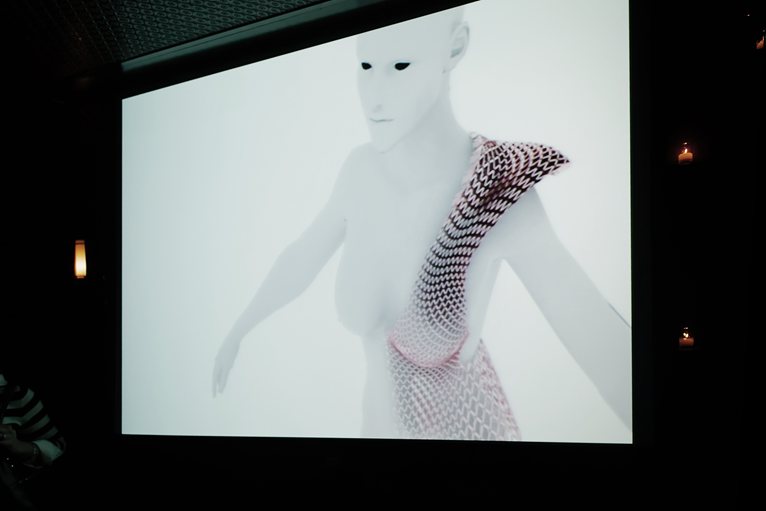 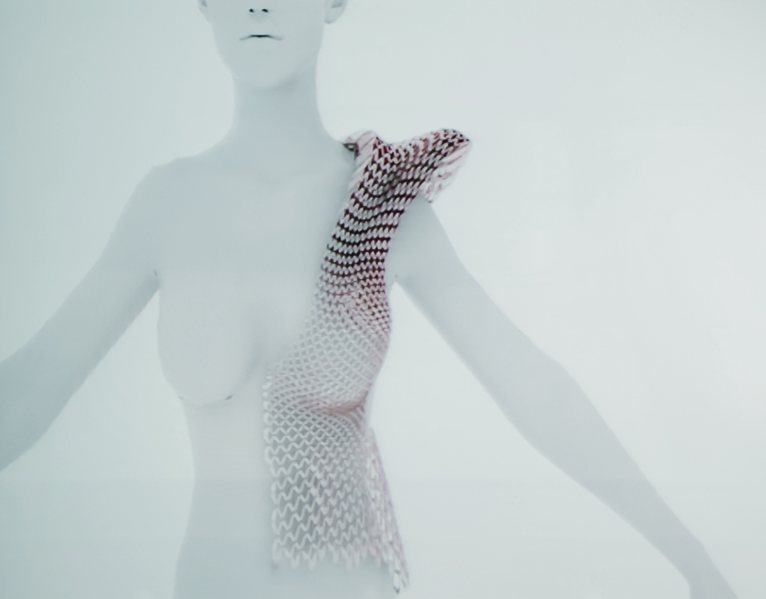 Mr. Schmidt, in conjunction with Mr. Bitonti, applied the spiral formula to the computer rendering of the dress, in a mesh that would undulate around the body in the most feminine way possible. While the shape was built over a nude silk corset, most of the architecture of the silhouette, from the voluminous shoulders to the cinched waist, is the result of the hardened nylon powder. The floor-length gown moves and expands according to Ms. Von Teese’s body contours because of the netting pattern, connected by 3,000 joints. 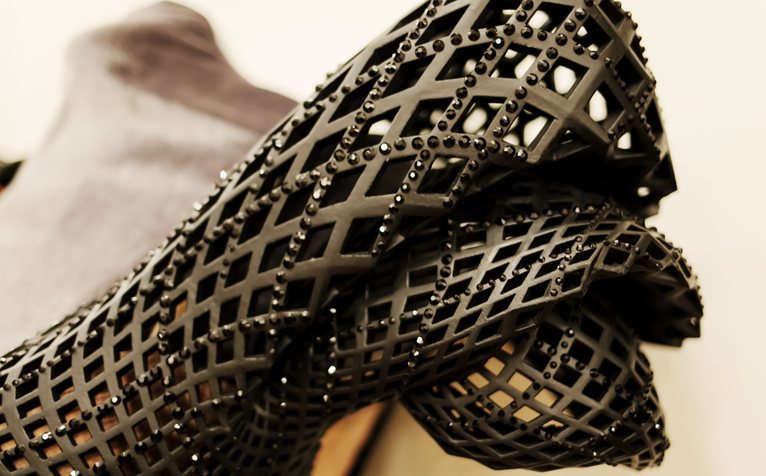 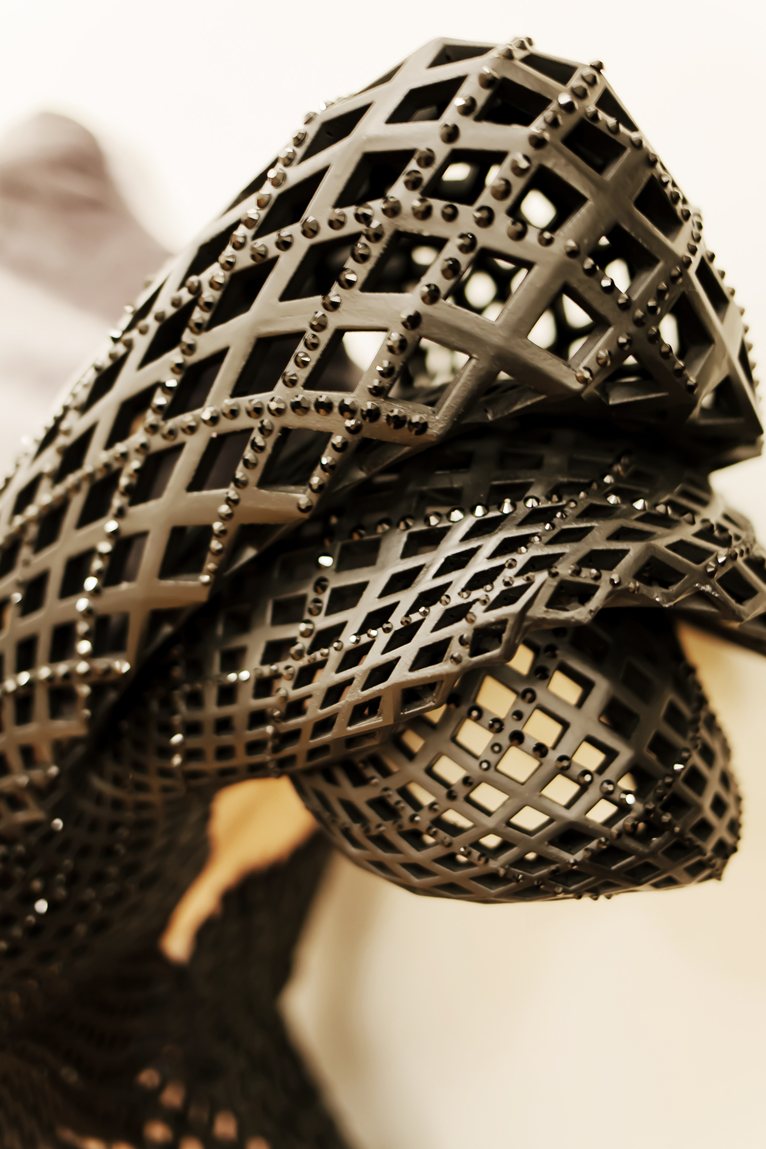 The 3D printing studio Shapeways printed each of the 17 sections. They were then hand-linked together into the dress. The 3-D printed dress was then painstakingly polished and lacquered black, and then 13,000 black Swarovski crystals were hand applied to give the overall effect that finishing touch of uber glamour.

Watch the VIDEO of the process