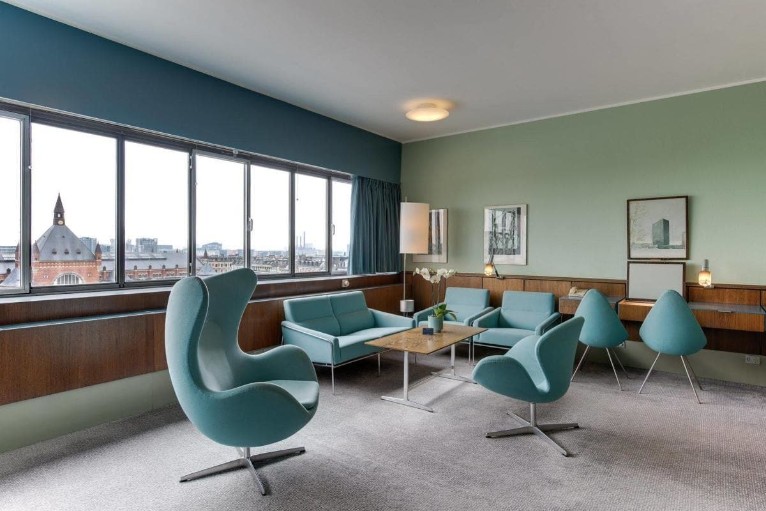 Both an academic designer and an architect, Arne Jacobsen (1902 to 1971) was one of Denmark's most influential 20th century man, his buildings and products, combine modernist ideals with a Nordic love of naturalism.

Born in Copenhagen in 1902, Jacobsen worked as an apprentice bricklayer before winning a place to study architecture at the Royal Academy of the Arts in 1924. During his long career he designed some of the finest buildings and industrial modern products leaving a life’s work that ensured him a distinguished place in international architectural and design history.

From Bauhaus to International Modernism

His  design journey was one influenced by distinguished movements, from the Bauhaus to international modernism. Reciprocally, his own work will have inspired such movements and indeed others besides.

Even as a student in 1925, Jacobsen won the prestigious silver metal for his chair design at the Pris Art Deco fair. After the war, his iconic furniture and product designs propelled his name into design history. 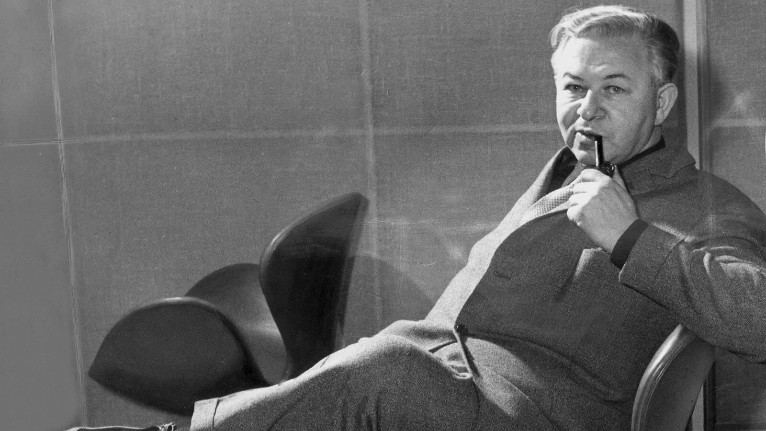 In the 1950s, Danish architect Arne Jacobsen was in the midst of creating Copenhagen’ SAS Royal Hotel (renamed the Radisson Blu Royal Hotel in 1994) while simultaneously exploring what was, at the time, an innovative material, carving it into organic geometries for furniture to fill the hotel’s interior.

When Arne Jacobsen designed the SAS Royal Hotel, he too created the Egg™, the Swan™, the Swan Sofa™, the Series 3300™ and the Drop™.

Sadly, today only one room, number 606, maintains Jacobsen’s original design vision and can still be booked by guests.

"If a building becomes architecture, then it is art" (Arne Jacobsen) 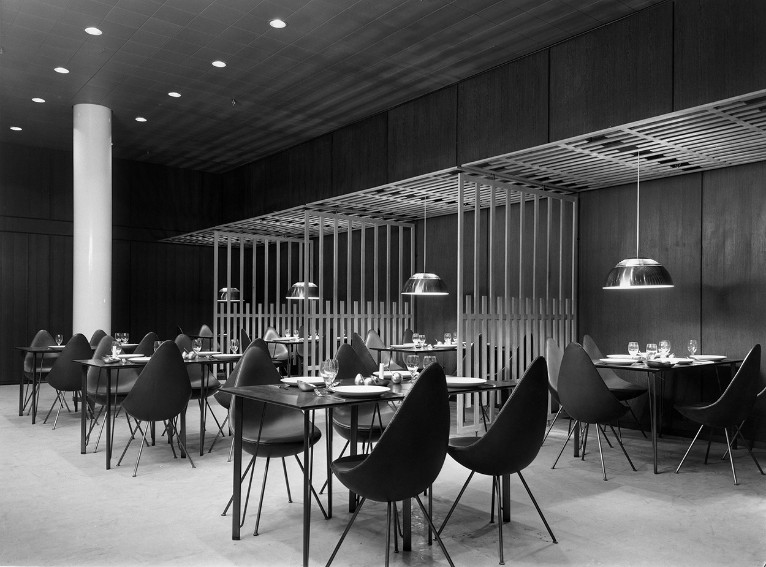 An archival image of the Drop chairs at the restaurant of the SAS Royal Hotel in Copenhagen. (Photo: Jørgen Strüwing)

The Egg chair, the triumphs of Jacobsen’s total design

The Egg™ is one of the triumphs of Jacobsen’s total design - a sculptural contrast to the building’s almost exclusively vertical and horizontal surfaces.

The Egg sprang from a new technique, which Jacobsen was the first to use; a strong foam inner shell underneath the upholstery. Experience originality and timeless design with the Egg in fabric and indulge in its sculptural curves that will last for generations.  With this furniture Arne Jacobsen wrote history within Danish design worldwide. 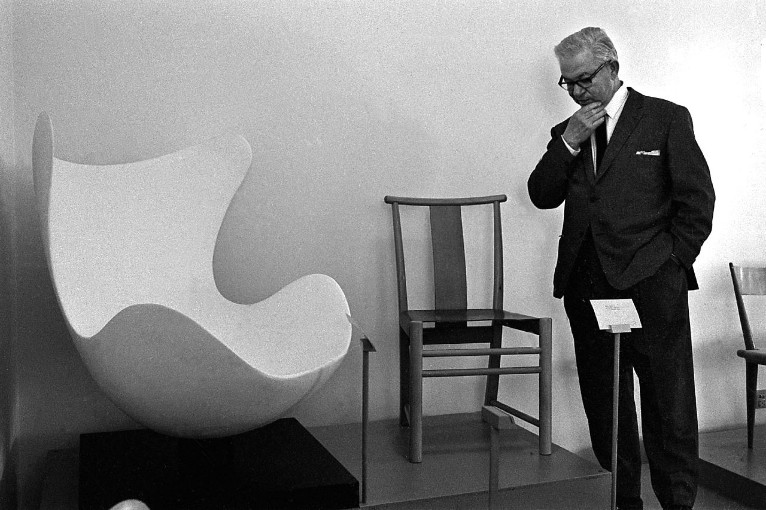 While seated in the chair, the contours cocoon the sitter in his own private space, and the four-star aluminum base allows the chair to rotate and recline. Today, the Jacobsen Egg Chair sits in some of the world’s finest lobbies and lounges, but also perfectly suits any modern living room. 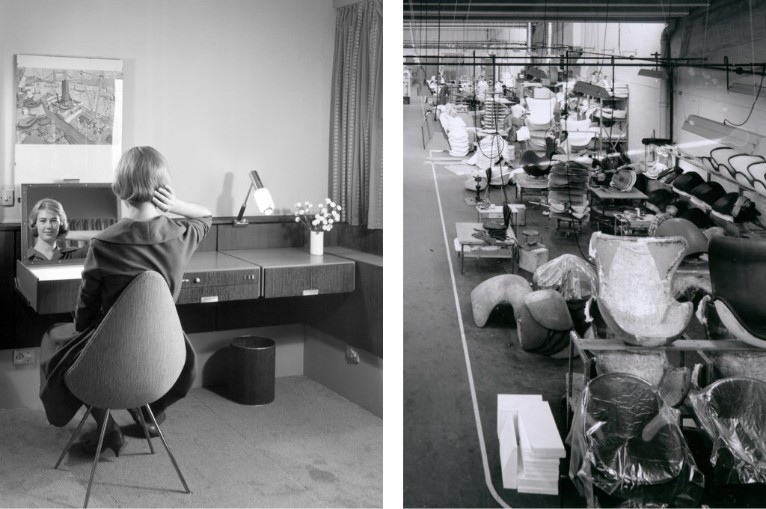 The Drop chair at the SAS Royal Hotel. (Photo: Jørgen Strüwing). The Egg and Swan chairs at the Fritz Hansen factory in 1963. (Photo: Courtesy Fritz Hansen)

Maybe you do not know that ...

This year, Fritz Hansen celebrates the trio of seats, Egg™, the Swan™ and the Drop™ chair, which turn 60 this year, with a limited edition collection! 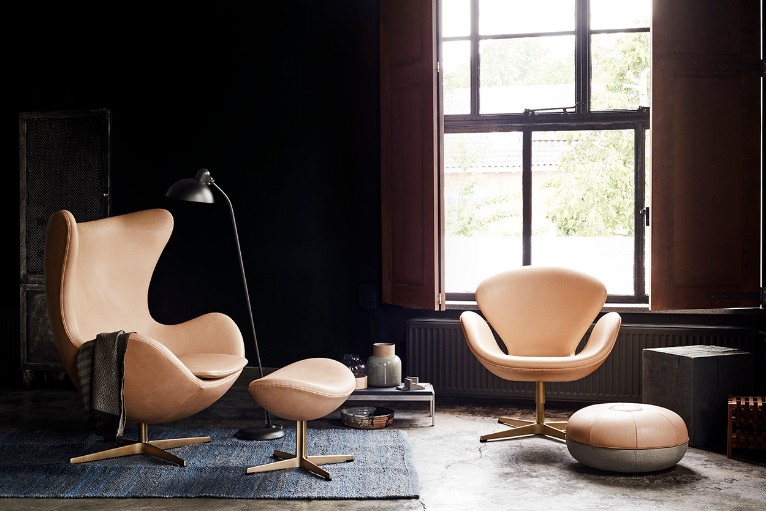