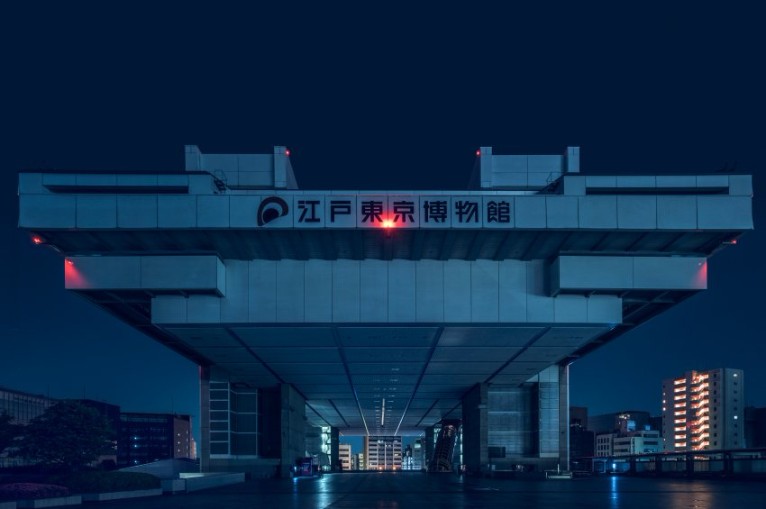 We are one years away from the 2019 in which Blade Runner was set, and although we don’t live in off-world colonies just yet his subtle predictions about how our cities would grow are becoming true.

Japanese architecture certainly has its quirks. Tokyo’s skyline is a buffet of modern glass towers, and offbeat vestiges of architectural styles, from Shigeru Ban and Tadao Ando, to Kenzo Tange.

Last year, Tom Blachford a Melbourne-based architectural photographer who has previously shot midcentury modern homes in Palm Springs under the stars, spent six nights straight shooting the Japanese capital from 9 p.m. to 5 a.m. for his new series Nihon Noir, which was sponsored by the beer company Asahi.

Blachford trawled Tokyo accompanied by a videographer, working through a list of 20-odd buildings he had plotted on Google Maps. 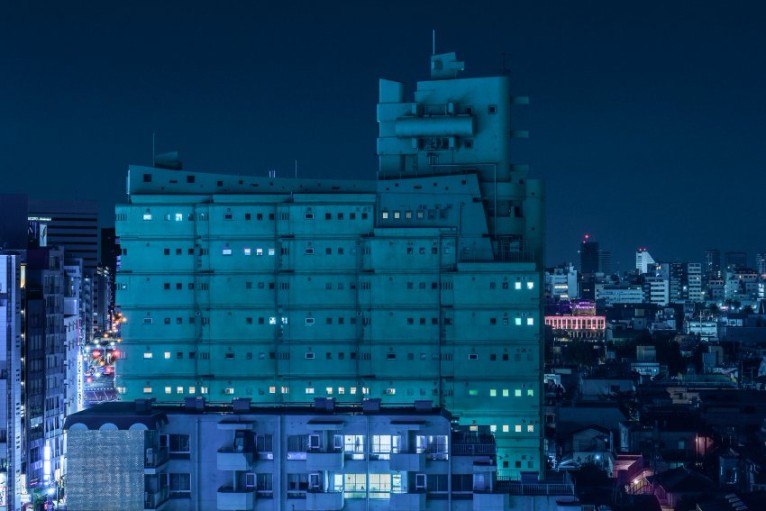 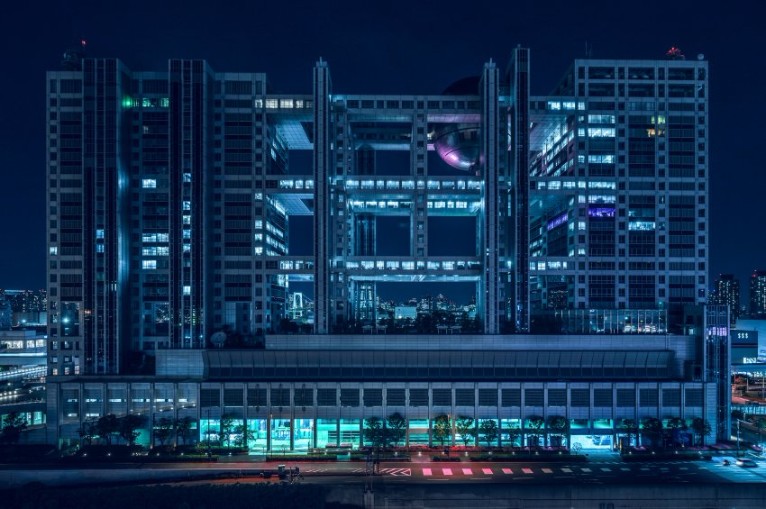 His goal was to to show a different side to Tokyo and communicate the feeling that struck him the first time he visited Tokyo, as somehow you have been transported to this advanced and amazing parallel universe, evoking a sense of mystery.

The series captures this ethos perfectly, particularly through Blachford’s focus on futuristic architecture, like the cylindrical Shizuoka Press and Broadcasting Center or the daring Fuji TV headquarters, which resemble giant scaffolding–both by the architect Kenzo Tange. 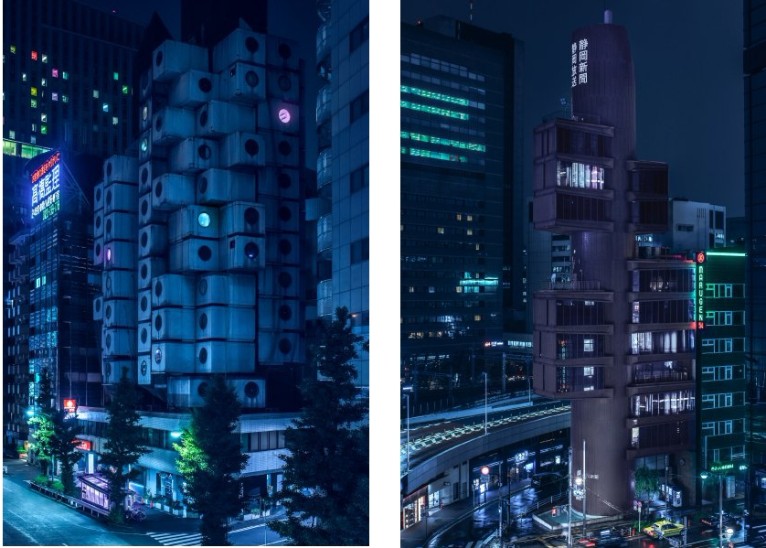 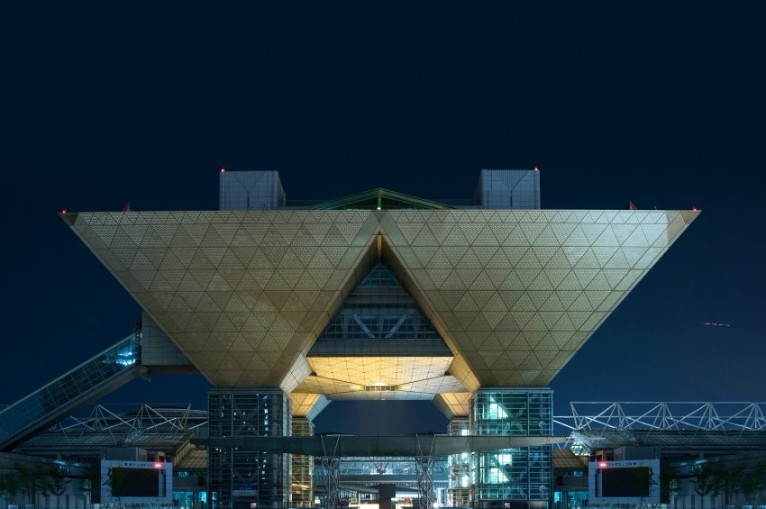 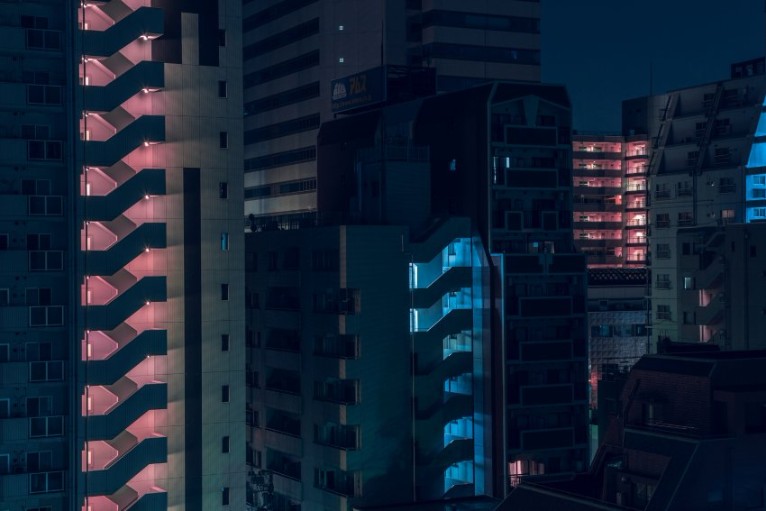 All photos by © Tom Blachford