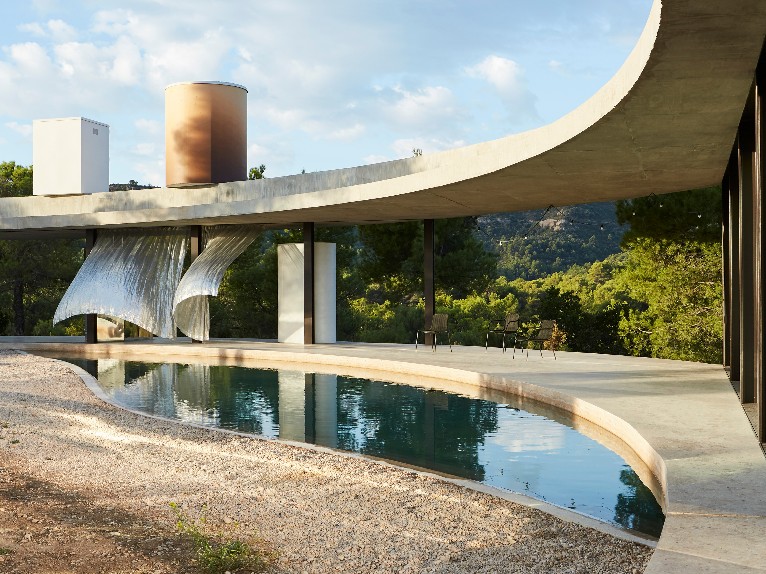 Ideas are intangible; they have led us to design cities and establish ways of life from the beginning of time. They are the first and most obvious acts of human understanding. They have no boundaries, and those which we attribute to them are often artifices that we imposed upon ourselves, so long ago that our minds have forgotten. Art strives to represent that break with convention, to cast off the information we have grasped and reinterpret what we view as natural and unmovable. Works are created that show us how other worlds are possible. Architecture is one key force in this construction of society, influencing and questioning everything around us.

Solo Houses is a project that challenges prevailing views.On a quest to reinterpret a lifestyle, Christian Bourdais and Eva Albarrán have put architecture at the service of nature, and present the force of combining the two, to those who wish not only to view the work, but to become a part of it. When the entire project is completed, Solo Houses intends to become a gallery of sorts in the middle of a forest, with life-size pieces signed by leading young contemporary architects: a catalogue of houses in sync with our times, places for yielding to the certainty of having an extraordinary experience. Art lovers will not be looking at photographs, architectural drawings, or models, as in a typical gallery. Here, they will be invited to touch, smell, and inhabit the works. 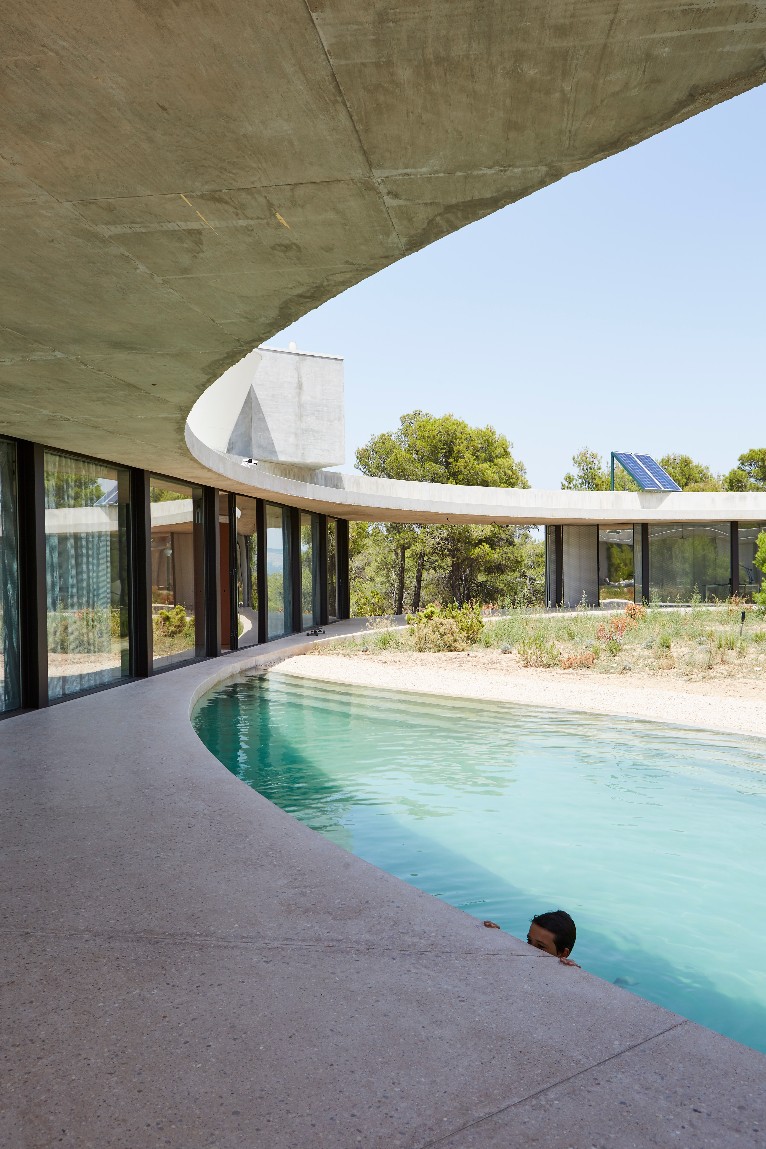 Solo Office is the second piece in the Solo Houses project, which began with a construction designed by Pezo Von Ellrichshausen which is now being continued by the Belgian firm OFFICE Kersten Geers David Van Severen. It was late on the last Friday night of summer when we visited there, driving down a country road surrounded by trees behind the Sistema Ibérico mountain range. Lightning flashed in the distance, announcing a storm that never quite took hold. After a few more bends in the road, a gravel trail led us not only to a house, but also to a state of mind; a sort of parallel reality. It was as if we had crossed a space-time portal in which both the parts and the whole led us to merge with the environment, to slide into its new tempo. 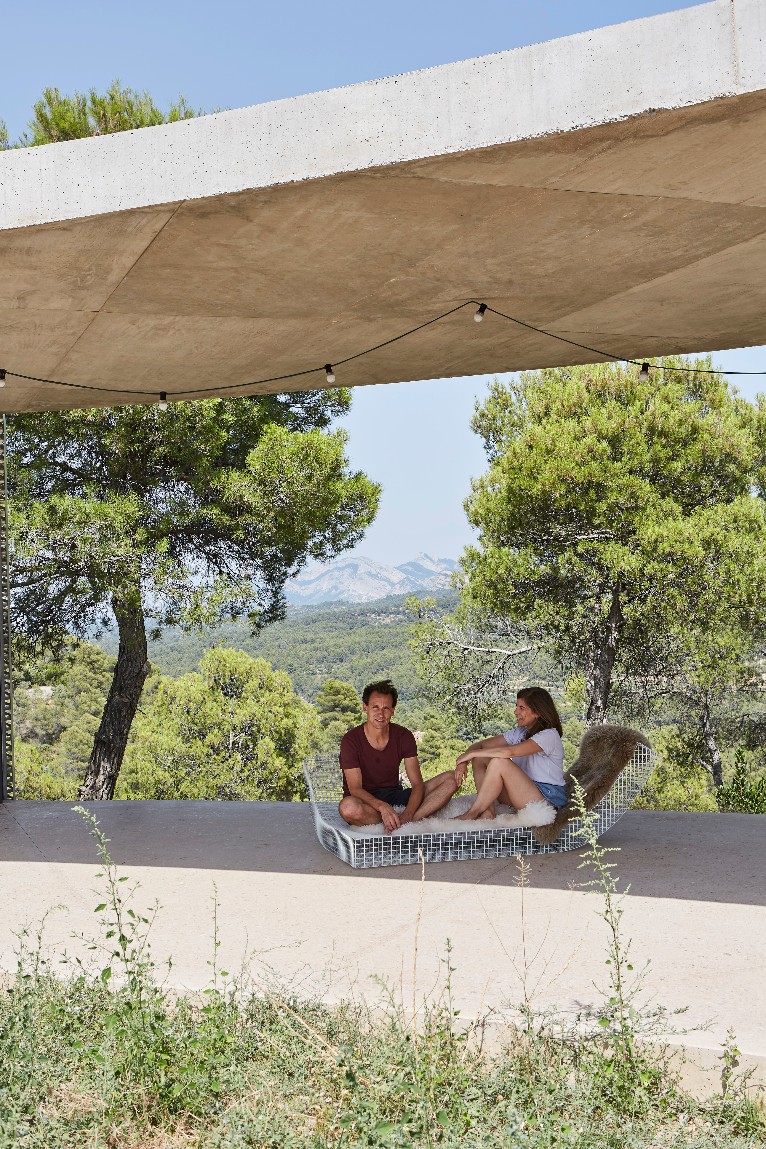 OFFICE’s Kersten Geers & David Van Severen shed all social conventions and delved into artistic creation. Shaped as a circle with a total surface area of 1600 m2, the building is dominated by a void in the centre, more than two thirds of its size. The building challenges physical boundaries while questioning the actual definition of makes a house, in an exercise of style that involves a reinvention of spaces featuring the movable exterior walls by artist Pieter Vermeersch. These panels open and close the three distinct pavilions – the living room and kitchen, the main bedroom and the guest bedrooms – which, stripped of this framework on the outer face of the circumference, break the boundary between nature and human intervention. 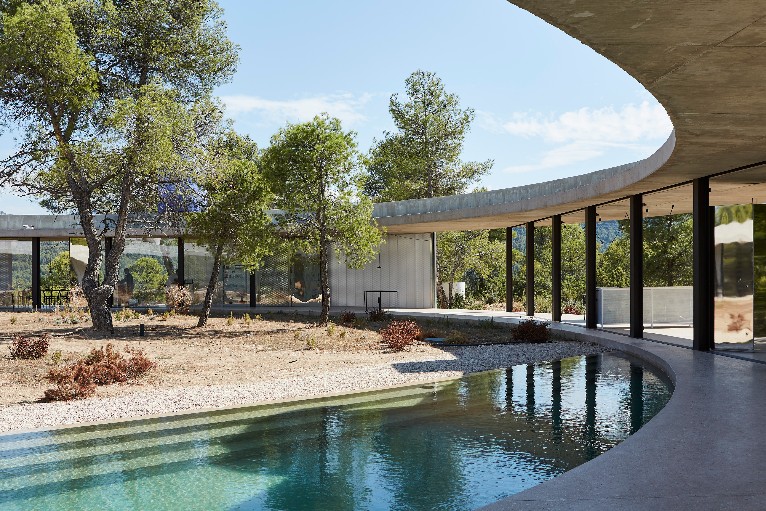 “We don’t live in the forest, we live with it.” Remarks Eva. “The house spans as far as the eye can see – whether we’re cooking, stretched out on the bed, or soaking in the tub in the master bathroom.” Looking out upon the rocky hills of the Parque Natural de Els Ports, the rays of sunlight on the horizon pour in and out of each corner of the house, claiming their ownership over a piece built in their praise. 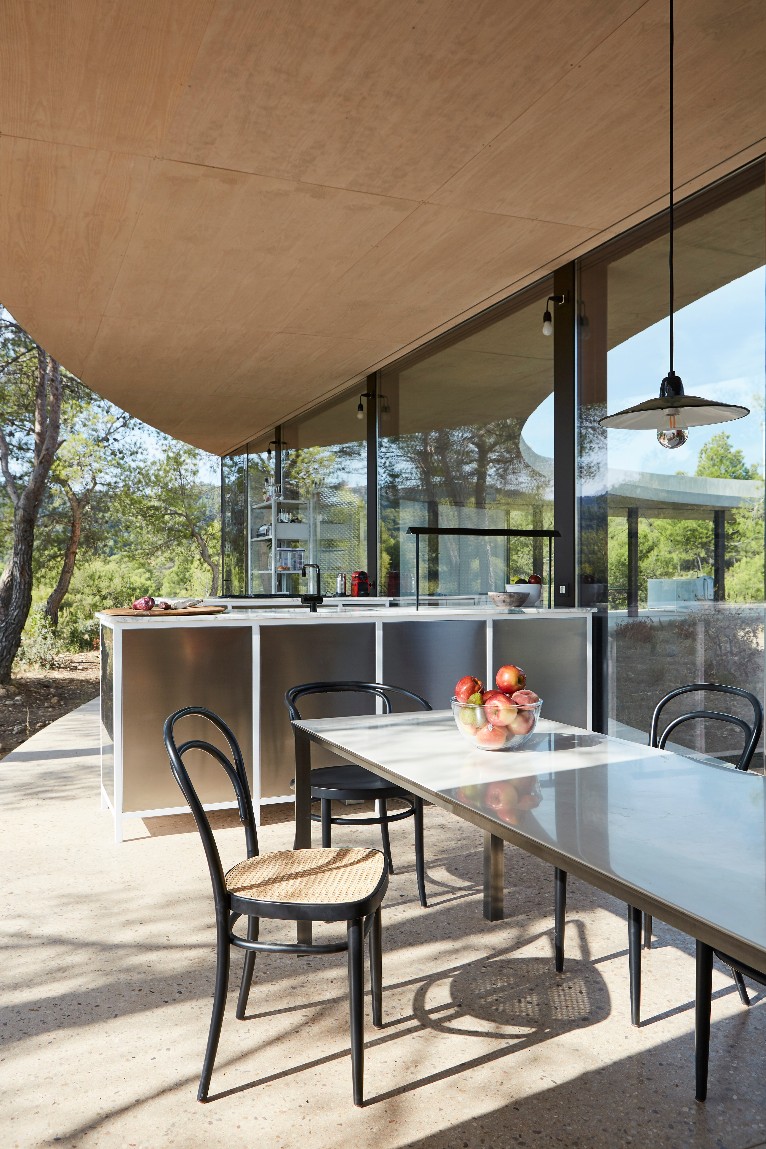 The glass surfaces facing the inner courtyard again blur the barriers between interior and exterior; light shines through in endless tones, heightened by the metallic curtains, the reflective bathroom enclosures and the mirrored doors to the three rooms. The hybrid lamps by artist Richard Venlet and the line of furniture by the Muller Van Severen designers complete the austere luxury in which nothing interferes with a nakedness that is proud to show itself to the world. 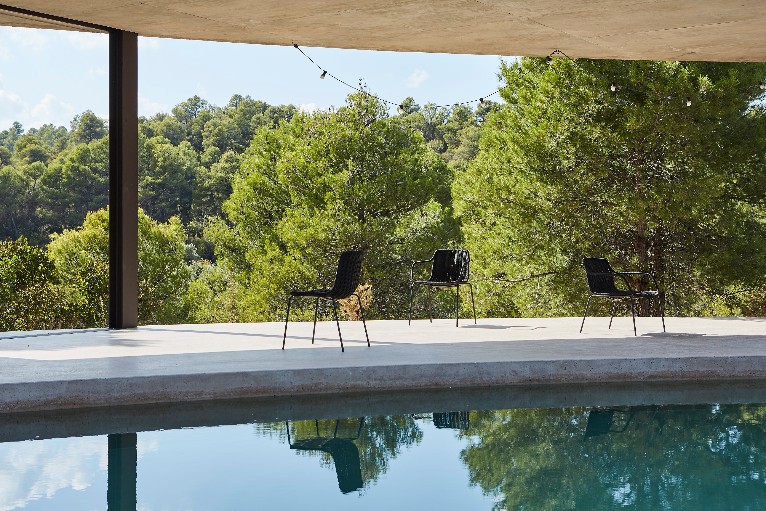 With only the basic elements of a home – and no more – its main ornament is its setting, which sweeps us away with its breath-taking magnificence. 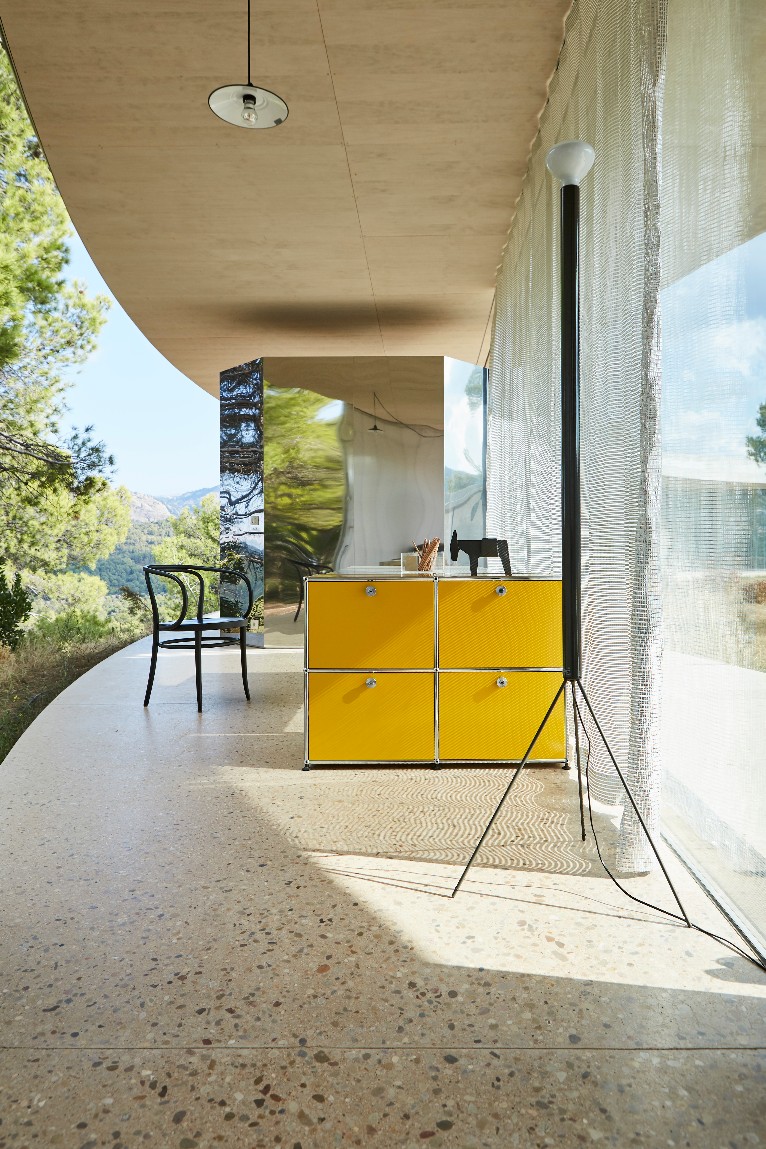 AROUND THE BEEHIVE. This is the first of a series of visual essays, produced to accompany each edition of Openhouse.

In this issue, Openhouse visits Solo Office, the second house within the Solo Houses project in which Christian Bourdais and Eva Albarrán give carte blanche to young talents of the contemporary architectural scene to create unique houses, to form an architectural park, to experience and be part of the surrounding nature.

We meet Christian and Eva to speak about the approach of Office KGDVS and their feelings about the building, while we take a tour through the house with them.

Office KGDVS studio designed the house shaped as a circle with a total surface area of 1600 m2, questioning the actual definition of makes a house and the boundaries between nature and human intervention since the house is not in the forest, but living with it, respecting and highlighting its best attributes.

This video series will unveil a new approach to narrative storytelling. Taking people beyond the content of the printed magazine, it’s about telling stories about the lives within the architecture in a cinematic way.