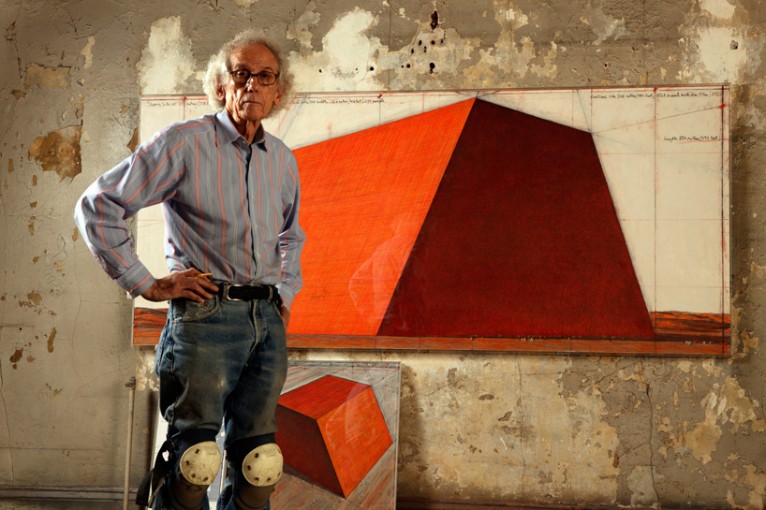 Only few days ago Christo has received the go-ahead from Westminster Council for his proposed large-scale installation on the 40-acre Serpentine lake in London’s Hyde Park, The New York times reports.

The Mastaba sculpture, that according to the Evening Standard newspaper, will be made up of 7,506 barrels placed on a platform of plastic cubes. The sculpture will float on the Serpentine lake, behind Kensington Palace, during the summer.

The piece is linked to a show of works due to open at the nearby Serpentine Galleries (20 June-9 September), encompassing sculptures, drawings and photographs from the past 50 years by Christo and his late partner Jeanne-Claude (died in 2009).

Christo has long been interested in mastabas, trapezoidal structures that originated in Mesopotamia. He designed a Texas mastaba in 1975, for example, and is devising plans to build a permanent one in Abu Dhabi, which he says will be the largest art structure in the world. 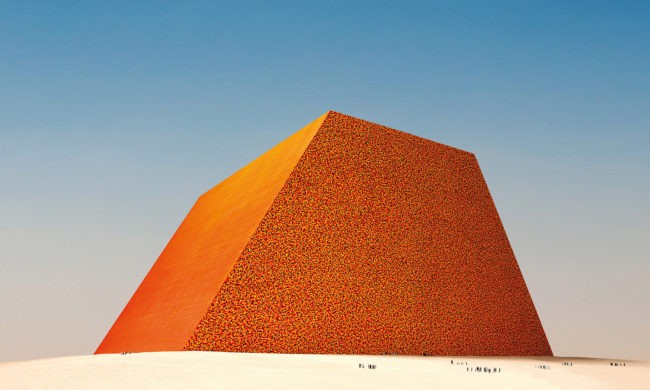 The Mastaba, a project for Abu Dhabi, was conceived in 1977.

Standing about 65 feet tall and weighing 500 tons, the mastaba will be anchored to one spot but will still bob up and down.

“The exciting part of the project is that it’s detached from the urban landscape,” Christo said in an interview, “you have this incredible vegetation and open area.”
The mastaba will use 50 times fewer barrels than the planned Abu Dhabi version; while that one will primarily be orange, the British mastaba will take on the colors of its country’s flag — blue, red and white — as well as purple. “The mauve is very royal,” Christo said. 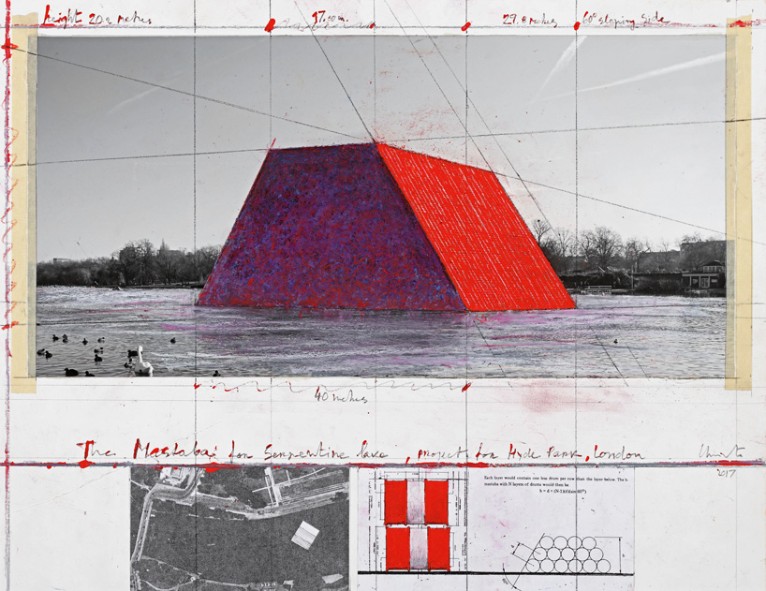 The project was conceived in October 2016. Last year, Christo tested its feasibility by building a model the tenth of the scale in the Black Sea off the coast of Bulgaria, his home country.

As he has done in the past, he will fund the project, which he estimates will cost $4.2 million, through the sale of his art.

A drawing of Christo’s “The Mastaba,” which will come to London’s Hyde Park this summer. Credit © Christo

Cover photo: Christo in his studio with a preparatory drawing for The Mastaba, 2012, Wolfgang Volz, © 2012 Christo