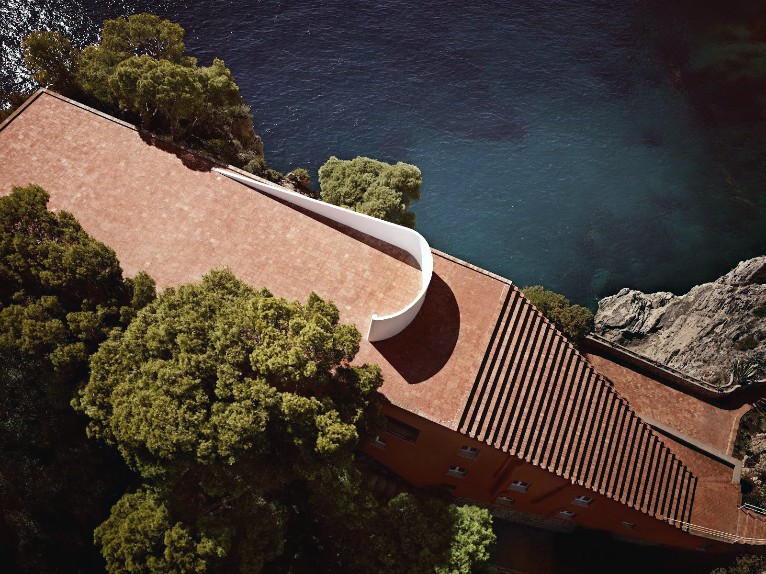 In 1961, Jean-Luc Godard chooses to shot his acclaimed film Le Mépris inside Casa Malaparte with the still very young Brigitte Bardot, whose scenes wandering the rooms and the terrace only emphasize the legend of her beauty.

In this film, the architecture takes on a leading role and becomes closely linked to the script of the film. 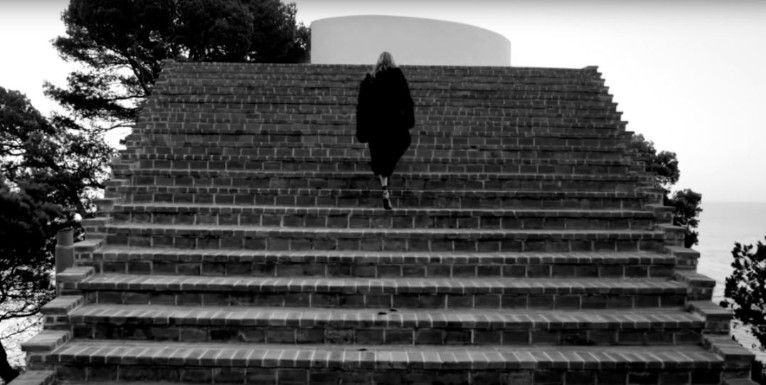 The video is directed by Nathalie Canguilhem, showing us Moss on the dramatic and monumental staircase of the villa, in Capri Island, in a breathtaking Mediterranean landscape.

The wonderfulness of Villa Malaparte is primarily its blend of nature and architecture, an unusual and perfect balance. 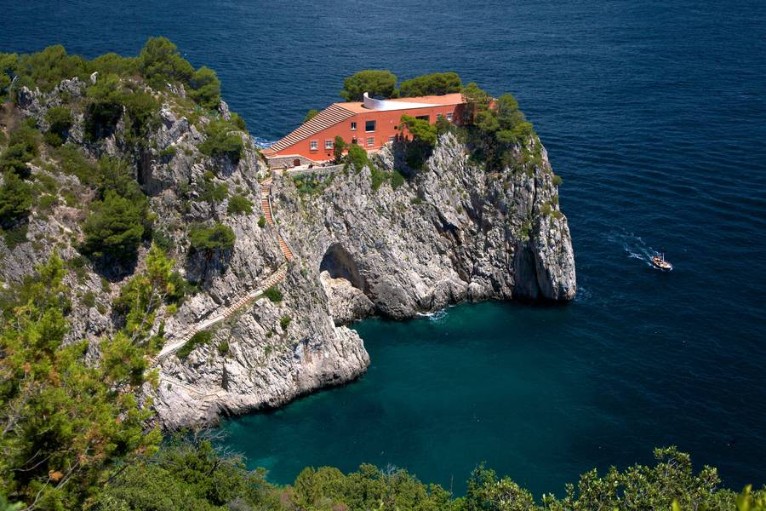 The house was conceived around 1937 by the architect Adalberto Libera for the writer, intellectual, journalist, and poet Curzio Malaparte, who for years lived in this magnificent residence perched on the rocky coast of Capri.

Malaparte rejected Libera's design and built the home himself with the help of Adolfo Amitrano, a local stonemason. Continuing the tradition of berancular churchs on the island, or as if it were a temple, the house is characterized by its impressive staircase.

Villa Malaparte is a place full of hidden meanings, symbolism, and metaphors which reveal the inner workings of Curzio Malaparte's mind and character, and also his life story, which was deeply influenced by the war. 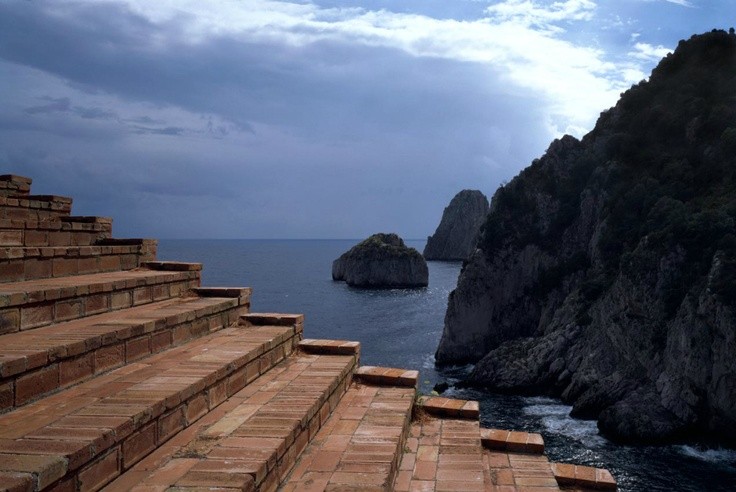