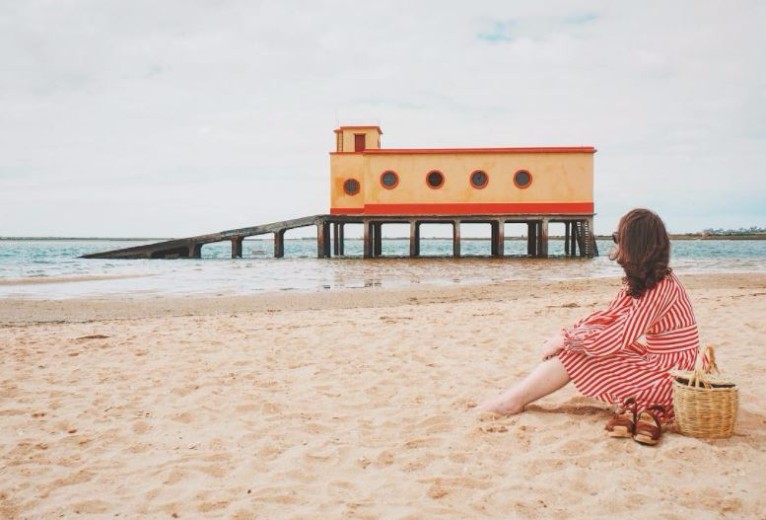 People from across the globe started to share pics of hotels, buildings, sceneries that could be part of Wes Anderson film sets. The photos capture the spirit of Anderson’s unique aesthetic. Each of the places looks as if they could have housed a scene from The Grand Budapest Hotel or Moonrise Kingdom.

Anderson's obsessive attention to detail is no secret to those who appreciate his work. Famously, every Wes Anderson frame is a painting, the cinematography of his films is marked by vibrant color schemes and strict symmetry.

Wes Anderson is not just a filmmaker, he is also continually heralded as an interior designer. He has even designed his own café Bar Luce in Milan, bringing the linear, geometric patterns and pastel colours from the mise-en-scene of the majority of his films into the real world.

Though Anderson’s sets are a combination of set design and location scouting, users of the Instagram account called @AccidentallyWesAnderson find places that capture the director’s style without a single added prop.

A good chunk of the photos come from Scandinavia, but most every hemisphere is represented on the feed.

From Scotland to Hong Kong you can find these special places— you just have to be in the right mindset. Accidentally Wes Anderson is a great example of this!