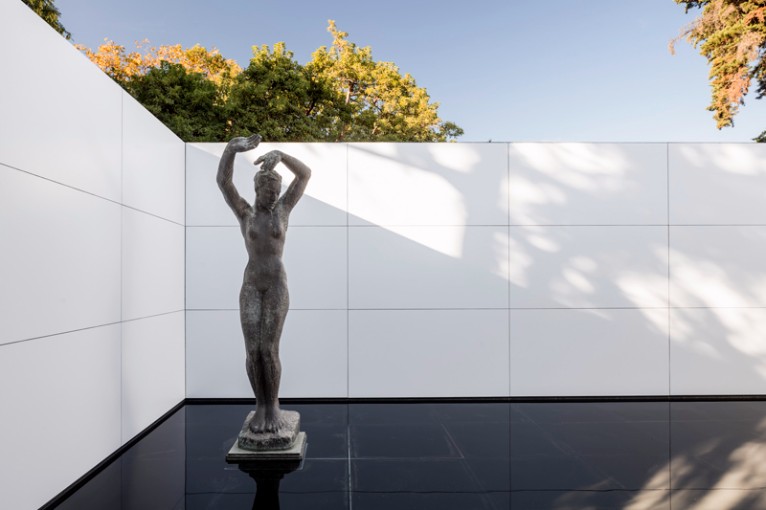 Fundació Mies van der Rohe periodically invites artists and architects to provoke new perspectives and thought through their interventions in the Pavilion, enhancing it as a space of inspiration and experimentation for the most innovative artistic and architectural production. Following SANAA, Jeff Wall, Ai Wei Wei, Enric Miralles, Andrés Jaque, Antoni Muntadas and others, this year the architects Anna & Eugeni Bach take charge of transforming the Mies van der Rohe Pavilion with their project “mies missing materiality”. 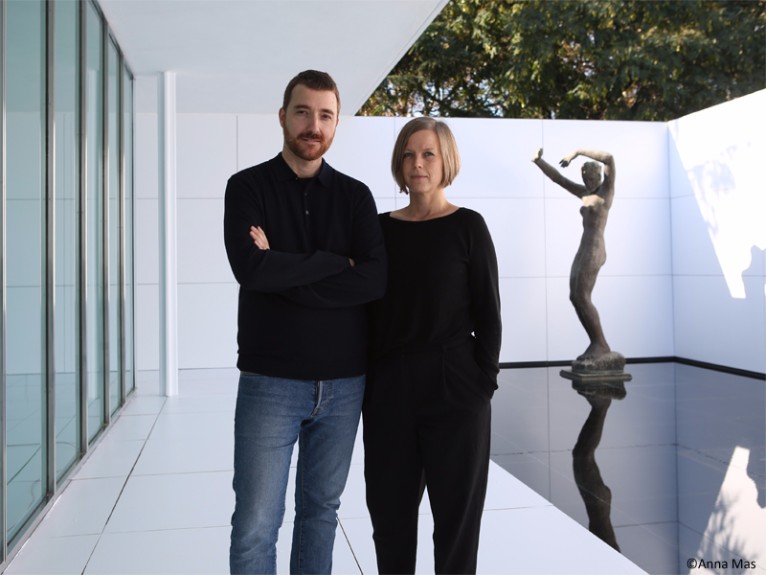 The project turns the Pavilion into a mock-up, with all the surfaces clad with the same white material that shows the representative role of both the original work and its reconstruction. For 11 days, the Pavilion will turn into a 1:1 scale model of the longest-standing temporary pavilion in modern architecture. 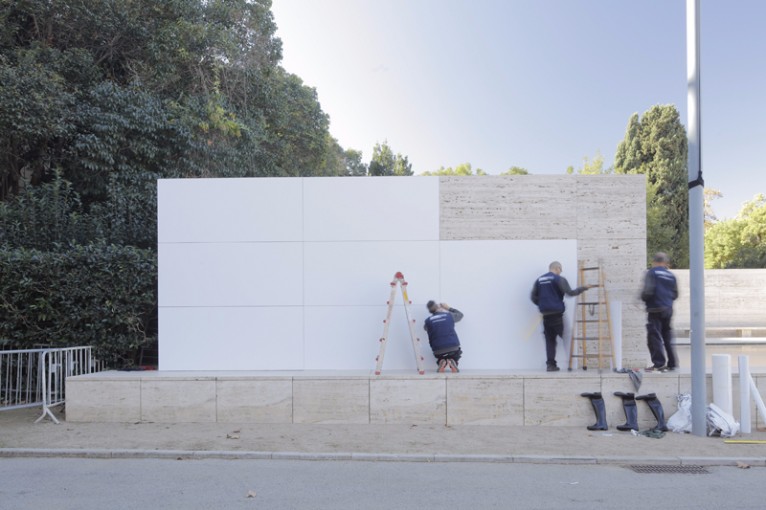 The renowned architect and academic Juhani Pallasmaa defined the intervention as “an extraordinary proposal that will evoke a lot of conversation: an exceptionally rich project in associations, memories, references and cross-references”. 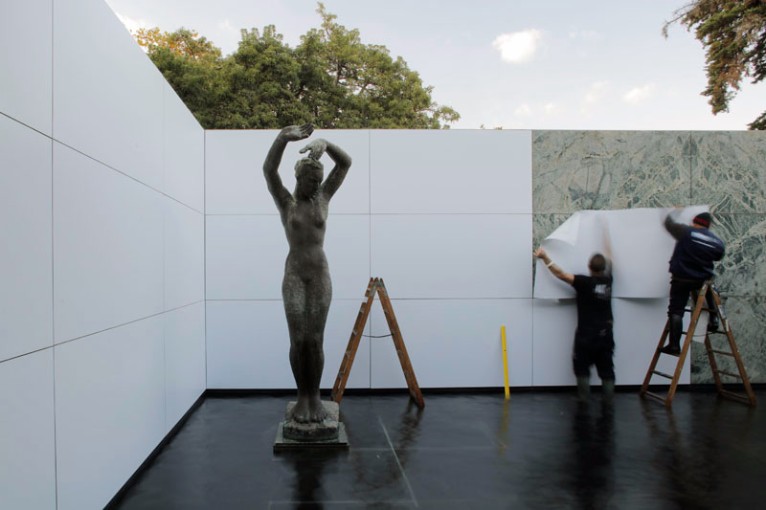 On November 8th the Pavilion began to lose its materiality and gradually turned into a mock-up through an assembly performance involving the placement of white vinyl. From a platform located on the Pavilion’s esplanade, visitors could watch the transformation process, which has culminated yesterday, November 16th, when it has appeared completely in white.

The opening took place this morning after a round table discussion between the architects Anna and Eugeni Bach together with María Langarita (winner of the Emerging Architect special mention of the European Union Prize for Contemporary Architecture – Mies van der Rohe Award 2013) and Carlos Quintáns (winner of a Golden Lion in the Biennale di Venezia 2016) about the importance of materiality in
front of a public with more than one hundred attendees.

In the words of Ivan Blasi, Curator of prizes and programs of the Fundació Mies van der Rohe, "it is a unique opportunity in life to see the Pavilion in another state and to think about the role that materials play. The Pavilion cannot be an inert object, its reconstruction implied its continuous transformation." 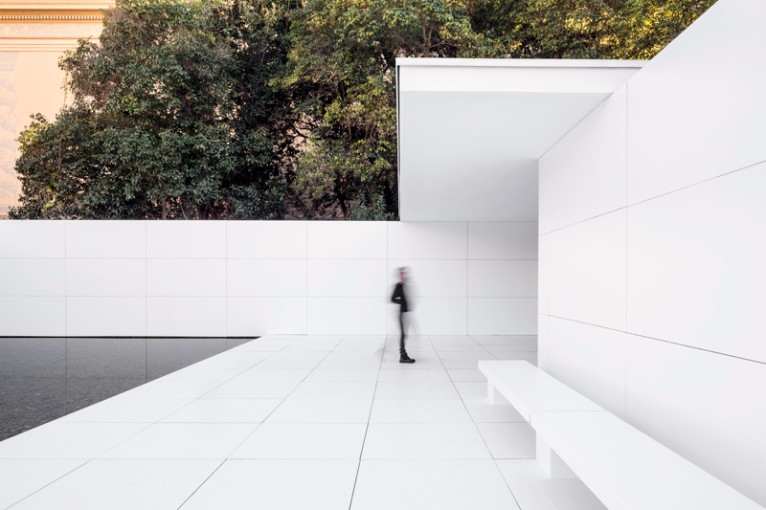 Anna Ramos, Fundació Mies van der Rohe director, has said “The artistic interventions at the Mies van der Rohe Pavilion stimulate critical reflection and generate new ways of contemplating the Pavilion, as well as potentiating it as a source of inspiration and experimentation when it comes to creating innovative works of art and architecture.”

On 27 November, the intervention will close by removing the white vinyl that will have covered the Mies van der Rohe for a few days, restoring the materiality that belongs to it.

More information about the project: miesbcn.com/project/mies-missing-materiality/