Monumental. Imposing. Groundbreaking. The building of Casa da Música is everything but conventional. For me the “House of Music” in Porto designed by Dutch architect Rem Koolhaas from OMA is a bright example of out of the box thinking. I will try and break down the cocktail of thoughts and emotions that ran through my head on my first encounter with Casa da Música. Good luck my reader! 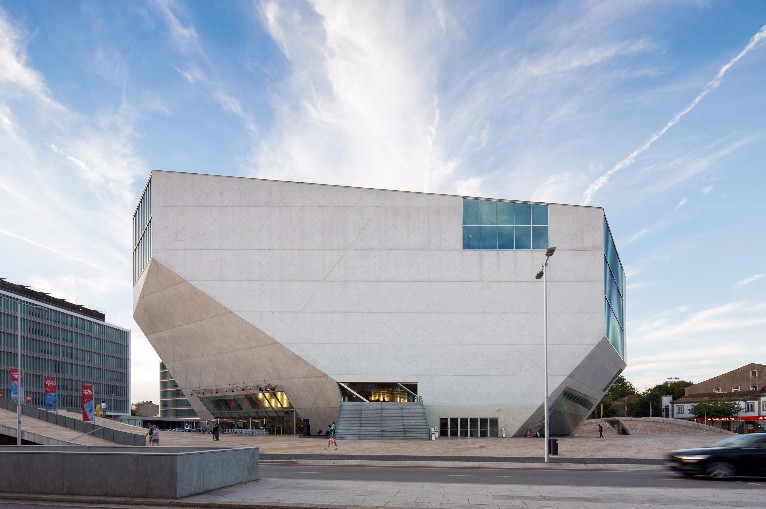 The building is located in the center of Porto and can be reached in many ways – circulating the Boavista roundabout, from one of the radial avenues, or walking through the historic park of Rotunda de Boavista. Either way Casa da Música makes an impact. Surrounded by a vast open space, it stands alienated from the rest of the cityscape, which makes it very distinctive. The geometry of the exterior is absolutely fascinating in its shape and scale. Strict lines, sharp edges, synergy of glass and white concrete. The façade is very unique, unpredictable, even chaotic. You just never know what is around the corner, and this makes the viewer want to continue walking and exploring. 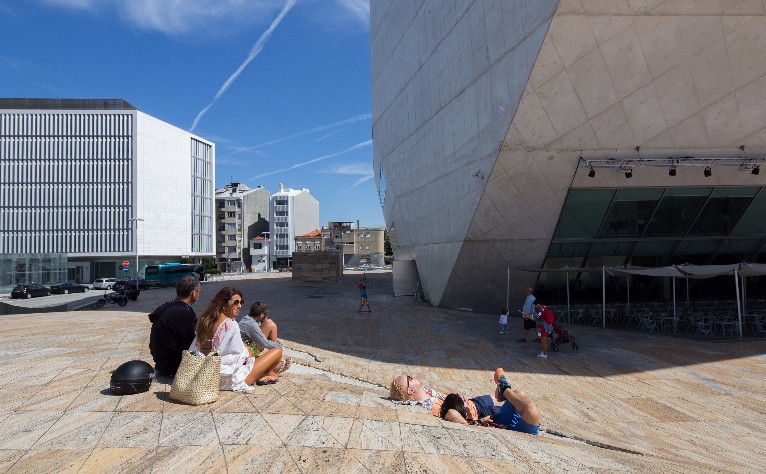 Through the design the architect is constantly playing a game of contrasts. These contrasts are not always obvious but they are integrated into the very DNA of the building. Probably the most noticeable one is the contrast between the very industrial and geometric façade and the fluid and organic-shaped landscape of the square on which the Casa stands. The square itself represents a travertine paved combination of cascades and hills, so much loved by the local skaters. Quite frankly this space is by far my favorite part of this project, and here is why. By making the connection between the subject and the surrounding, architect makes sure his creation is emerged in life 24/7 and year-round. CDM is not a single purpose concert hall anymore, it’s a landmark. It’s a destination, a place to meet, hangout and get inspired. On top of which it makes the work of architect memorable, talked about, photographable.

Here is one interesting detail, which took me time to notice. Casa da Música does not have a predefined “face”. There is no main focal point like in traditional architecture. The exterior is different and unique from every angle. Which means you will not see a concentration of Chinese tourists with cameras trying to capture the one-and-only iconic view of the building. Instead, the abstract shape and randomness forces people to spread around and do some walking. 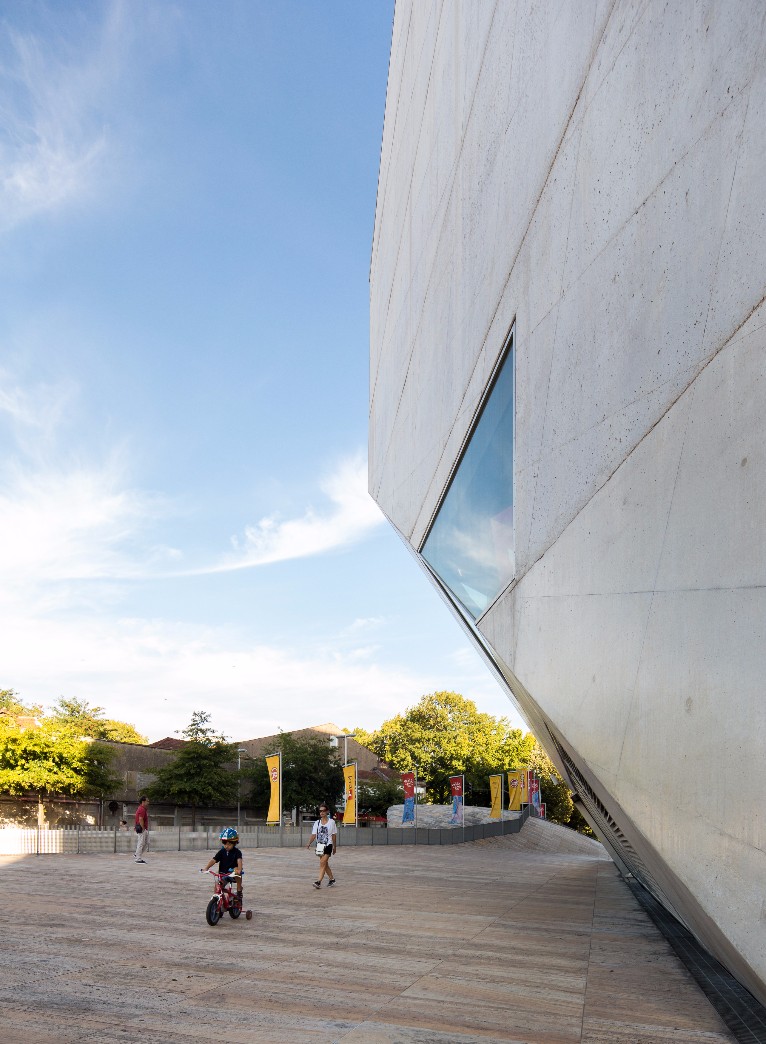 Another interesting feature is that the footprint of Casa da Música is significantly smaller than upper levels. This decision allowed more usable space on the square and created the possibility to walk under the structure, which allows visitors the feel the scale, the grandeur of Rem Koolhaas’s creation. I guess it must also provide some protection from the rain. Might be useful in Porto.

The entrance is located several meters above the ground level and looks small and intriguing in relation to the scale of the building. Coming though the doorway you enter an impressive industrial-looking foyer with high ceilings. The gigantic size makes an undisputedly dramatic effect. After the human-size door it feels like an explosion of open space above your head. Another good example of contrast in Casa da Música. The layout of the interior is designed as a labyrinth of stairs, corridors and escalators. There is no clear path, no guidelines. It’s meant to be explored. And again, the architect is focusing on user experience, not one-way-only usability. 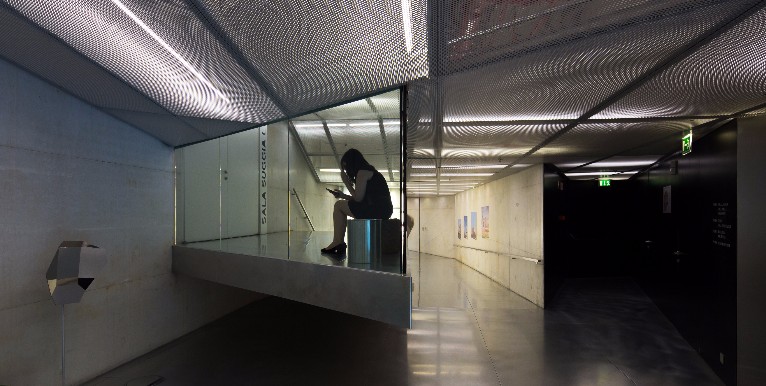 Regardless of being a rather recent project, the design of communal areas felt to me like it’s stuck in the 80s. The choice of materials feels rather old-fashioned with dominance of concrete, aluminum and glass. My best guess to describe the essence of the interior is “futuristic”. But quite last century futuristic. There is something almost nostalgic in those white fluorescent lamps behind transparent plastic panels throughout the building. Well, probably this reminiscence has something to do with my post-soviet childhood.

Lately the well known to many Bjarke Ingels is talking a lot about the extended role of the architect, and Casa da Música is a perfect example of his point. Creation of space which brings added value to general public, which is multipurpose and fun, results in formation of ecosystem around it and improvement of life quality in the city.

If you have ever visited the building yourself, I would love to hear your thoughts about your experience. Let’s get the conversation going!