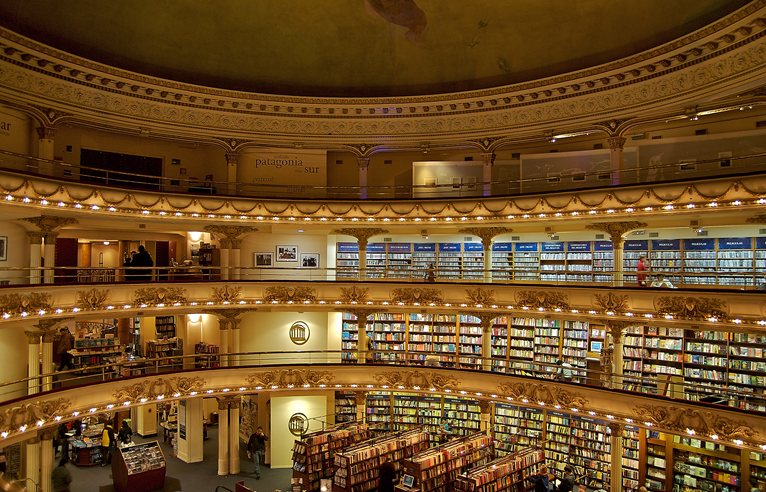 El Ateneo Grand Splendid opened on December 4th, 2000. Nowadays, it is considered the biggest bookstore in South America. The former building that later became the Grand Splendid bookstore was built as a theater in 1903. Until that date, there was a carriages factory in that site. The Teatro Nacional or Norte, as it was called in those days — there was already a Teatro Nacional on Corrientes Avenue— opened on June 19, 1903. It had over nine hundred seats.

In 1919, the theater was bought by Max Glucksmann, an Austrian business man who decided to enlarge and remodel the building. The Splendid Theater, as he named it, was opened that year on May 14 and quickly became the most luxurious theater of the neighborhood that in those days was called the "Buenos Aires's Saint Germain". 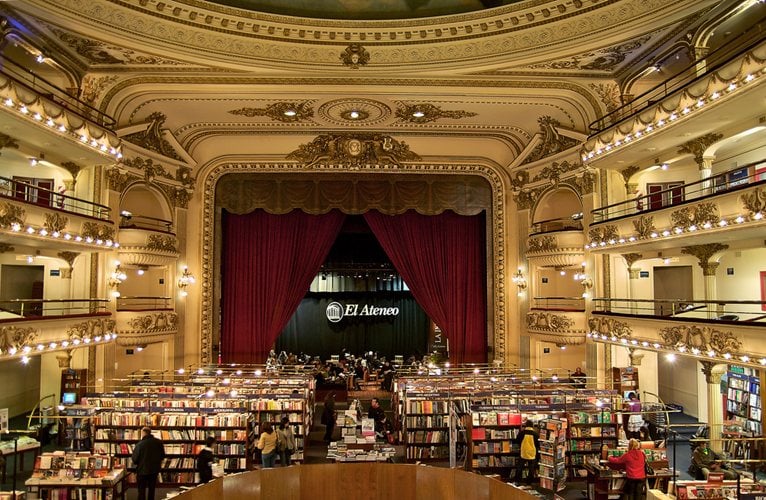 The city's elites had started moving to Barrio Norte a few years earlier, in part, due to the development of commercial and cultural activities, and to the growth of the immigrant population in the area that surrounded Plaza de Mayo. The boom of agricultural exportations in Argentina and the commercial and bureaucratic expansion had influenced the change in the architectural style of the luxurious residences where high class families lived. 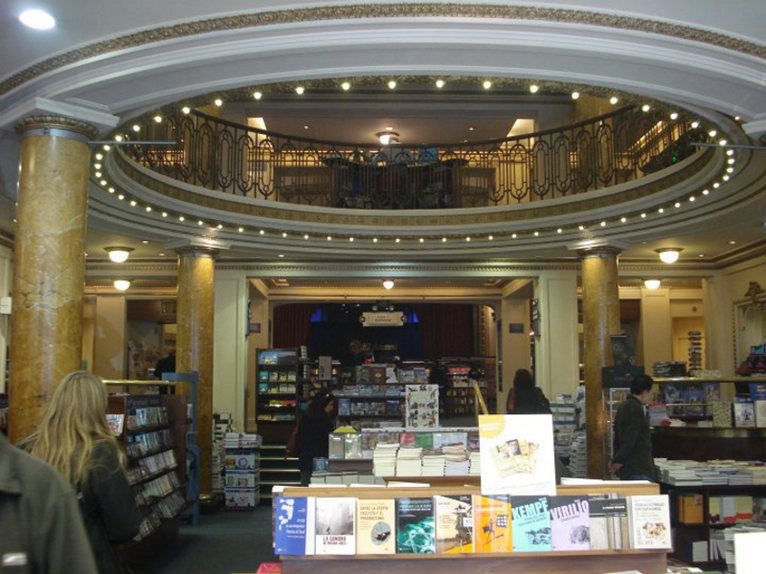 The purely Italian style was replaced by the French style, and architects embraced the dictates of the École des Beux-Arts de Paris. The city was remodeled and gained the name as the "Paris of South America”. Although the French influence was outstanding, which its huge entrances, foyers and halls, the typical Italian style, full of exuberant ornaments, was still present in some buildings’ facades. 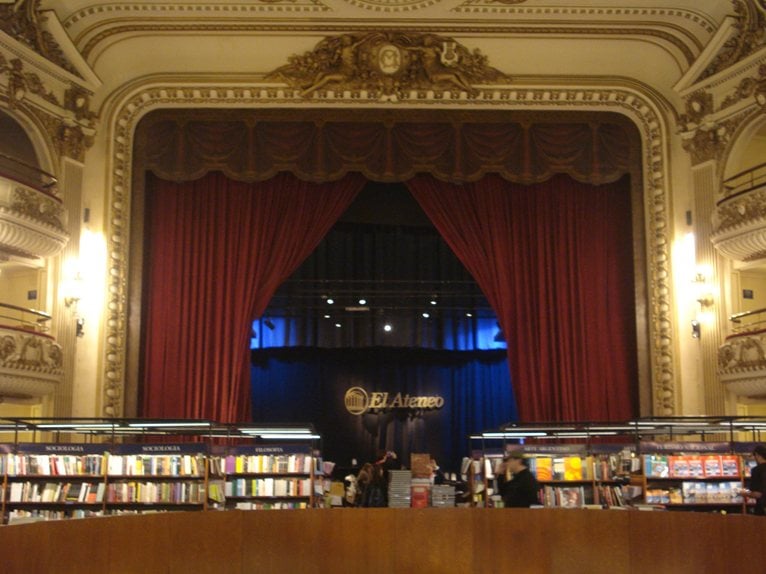 The Grand Splendid Theater was designed by the architects Peró and Torres Armengol, and was built by architects Pizone and Falcope. It had four rows of balconies, five hundred seats, air conditioning, heating and a sliding roof. This was the first fireproof building, and it also had first aid facilities. With an eclectic architectural tone, the facade has a Greek style canopy with caryatids that support the gray granite balconies at the base, while the higher parts are covered with a lighter kind of stone. 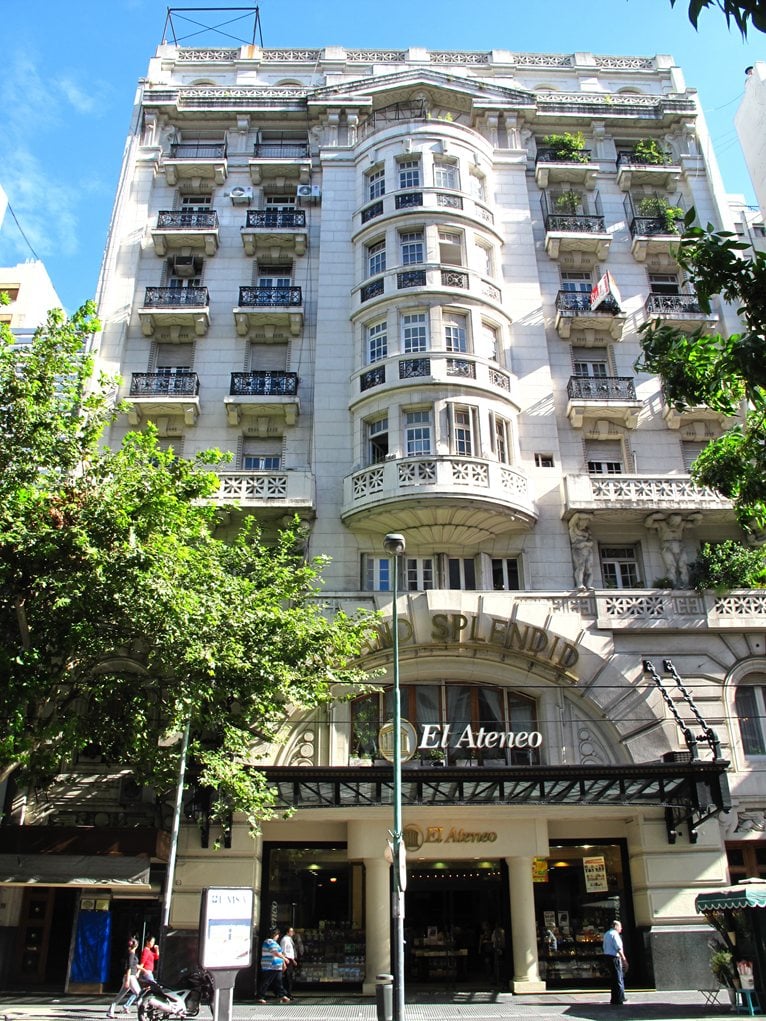 In a time when big cinemas were starting to disappear due to the advance of cinema complexes, Grupo ILHSA, an Argentinean capital group, decided to embark in a new project: restoring the Grand Splendid building and turning it into a bookstore. At that moment, it was necessary to evaluate the relationship between its function and its architectural design. The ILHSA group started this task with a clear vision: creating a unique bookstore, according to the needs of the book publishing industry, which produced over ten thousand new books each year. 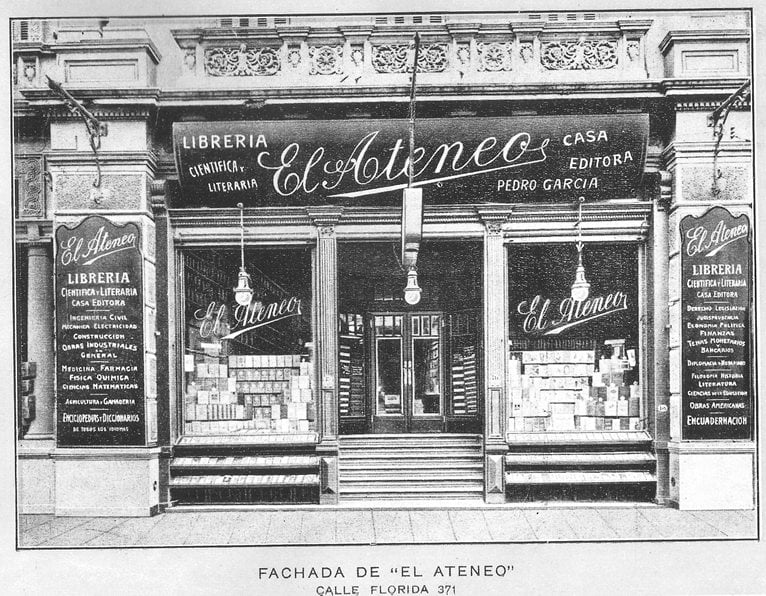 This project, in charge of architect Fernando Manzone, intended to respect, keep and restore the original construction, adapting it to the needs of its new functions, but without interfering in the harmony of the building.

The Guardian, one of most prominent periodicals in the United Kingdom, chose it as the second fairest bookstore from around the world.