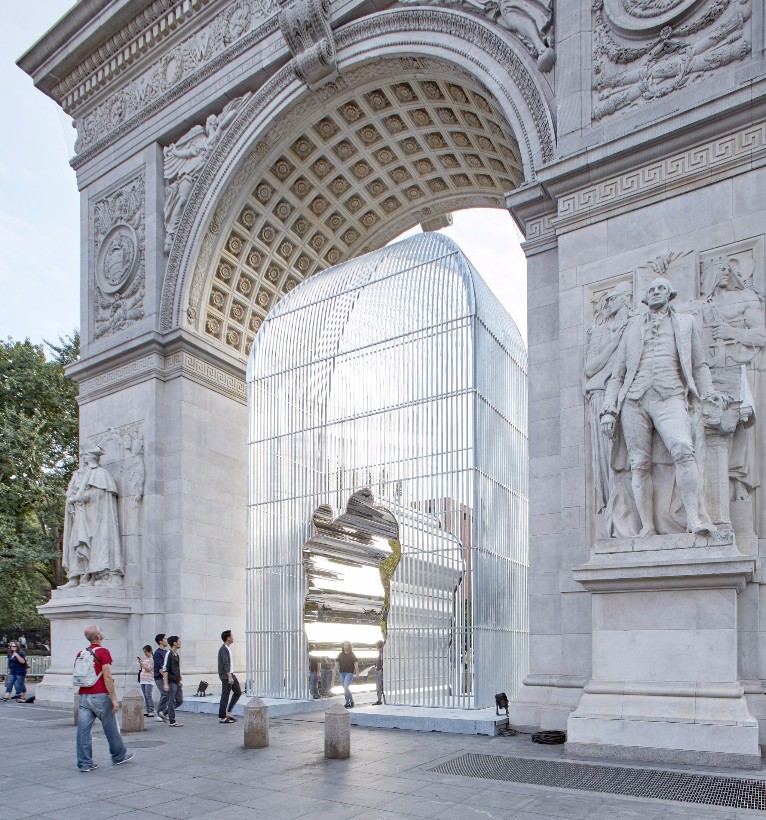 As the culmination of its 40th Anniversary year, Public Art Fund presents the citywide exhibition Good Fences Make Good Neighbors, by world renowned artist and human rights activist Ai Weiwei. Inspired by the international migration crisis and current global geopolitical landscape, the exhibition transforms the security fence into a powerful social and artistic symbol with interventions across the city.

“Ai Weiwei is unique in having combined the roles of preeminent contemporary artist, political dissident, and human rights activist in such a prominent and powerful way,” said Public Art Fund Director & Chief Curator Nicholas Baume. “In many ways, Good Fences Make Good Neighbors is the culmination of his work to date. It grows out of his personal experience of ‘otherness,’ his distinguished practice as both artist and architect, as well as his intensive research on the international refugee crisis and global rise of nationalism. At the same time, his long and formative history with New York has been deeply influential in the development of this exhibition.” 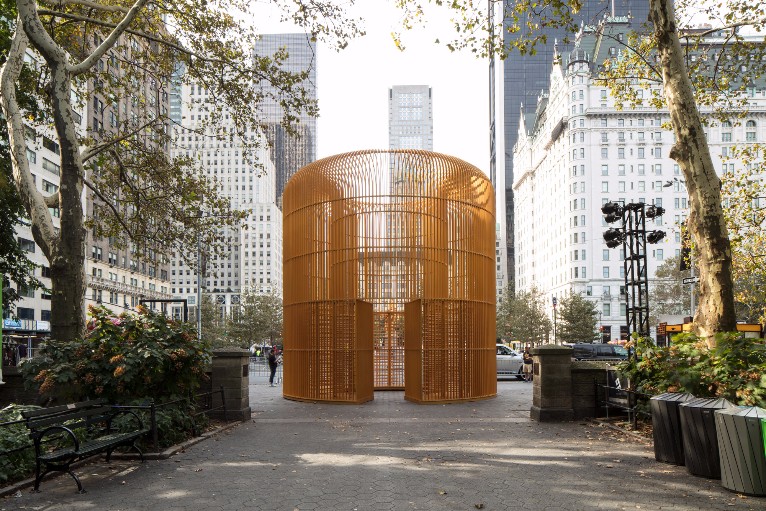 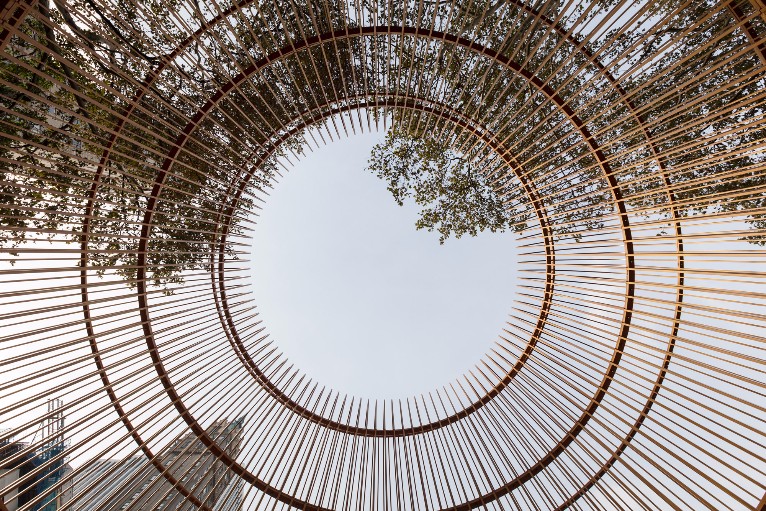 Good Fences Make Good Neighbors is Ai Weiwei’s largest and most ambitious public art exhibition to date and will be on view October 12, 2017 – February 11, 2018, at 300+ sites across New York City. 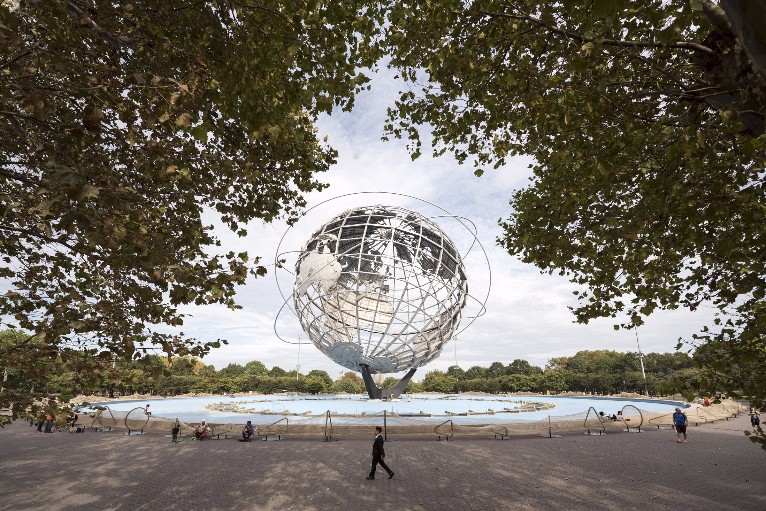 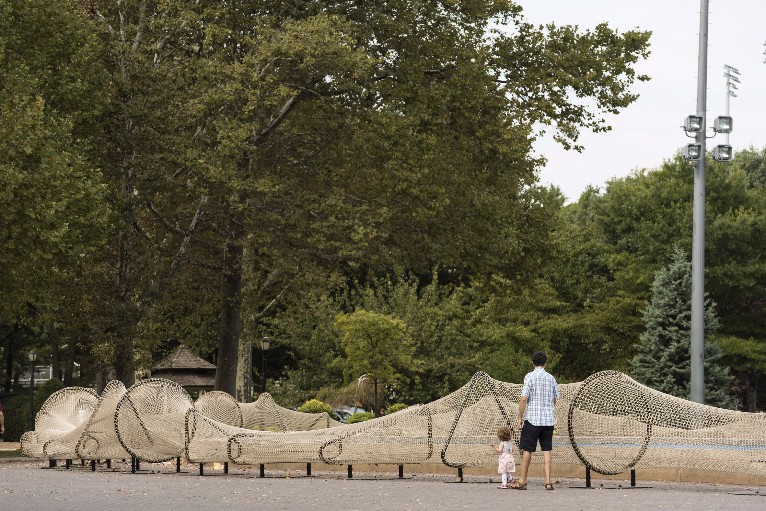 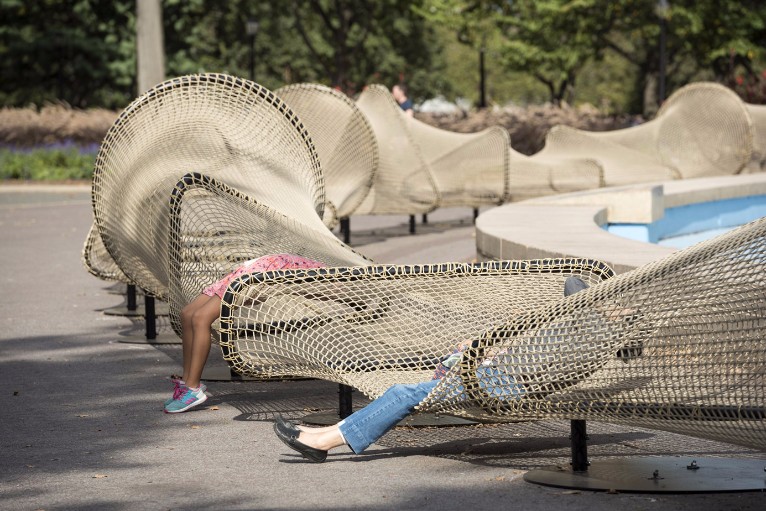 Large-scale, site-specific works have been installed at Doris C. Freedman Plaza at Central Park, the Washington Square Arch in Greenwich Village, and the Unisphere at Flushing Meadows Corona Park in Queens, in partnership with NYC Parks. 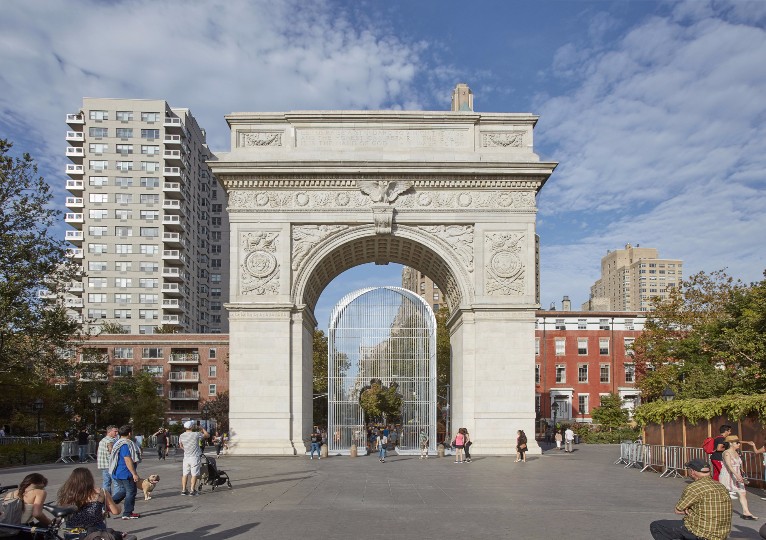 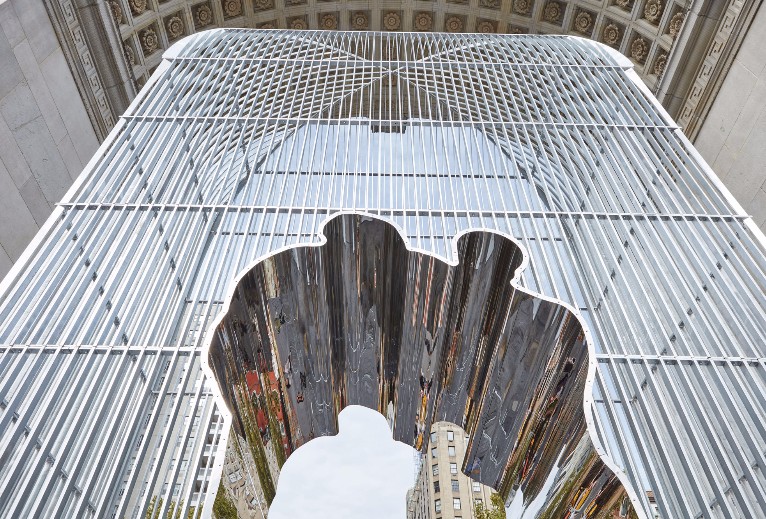 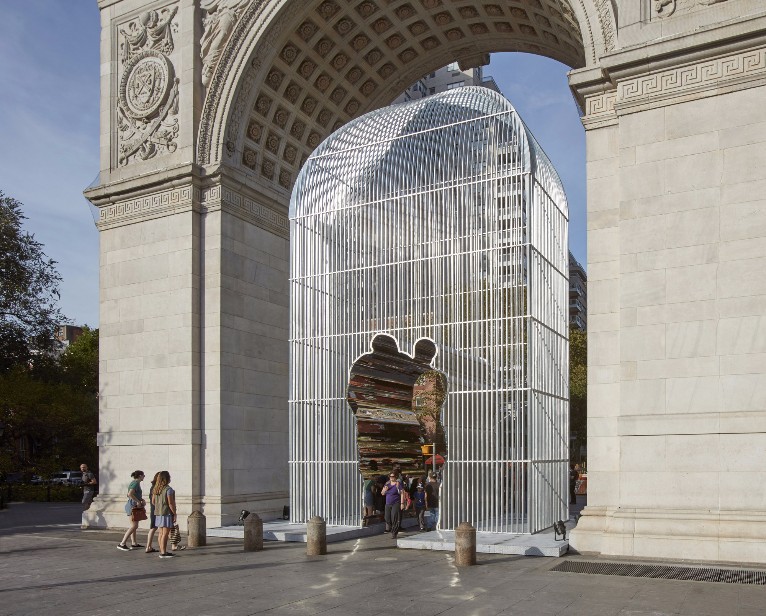 These have been joined by site-specific interventions on top of and in between private buildings located at 48 East 7th Street, 189 Chrystie Street, 248 Bowery, and The Cooper Union for the Advancement of Science and Art at Astor Place; a series of new flagpole-mounted works for the New York City Economic Development Corporation-managed Essex Street Market; and sculptural interventions around 10 JCDecaux bus shelters in partnership with the New York City Department of Transportation. 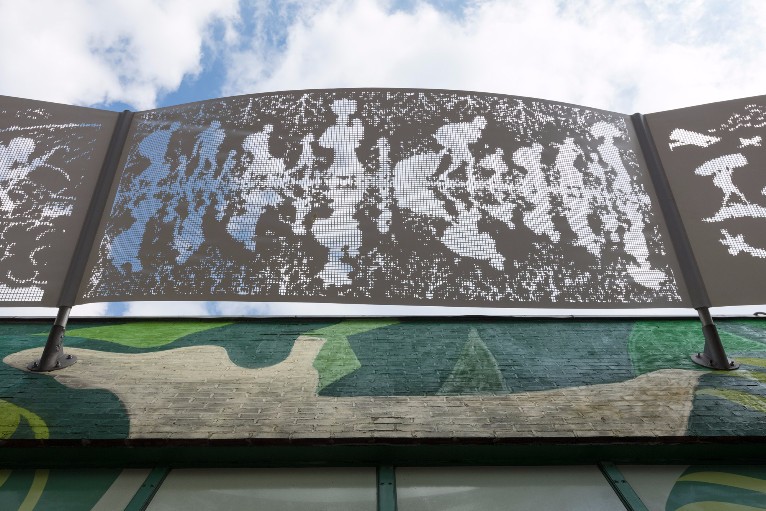 In addition to these site-specific works, Ai has created a new series of 200 unique two-dimensional banners that appear in all five boroughs on lampposts. The artist has also used spaces that traditionally feature advertising to showcase a new series of 98 documentary images from his research at refugee camps and national borders on JCDecaux bus shelters as well as Intersection’s LinkNYC kiosks citywide.

A graphic work depicting the many forms of the global refugee crisis appears on five JCDecaux newsstands in Manhattan. 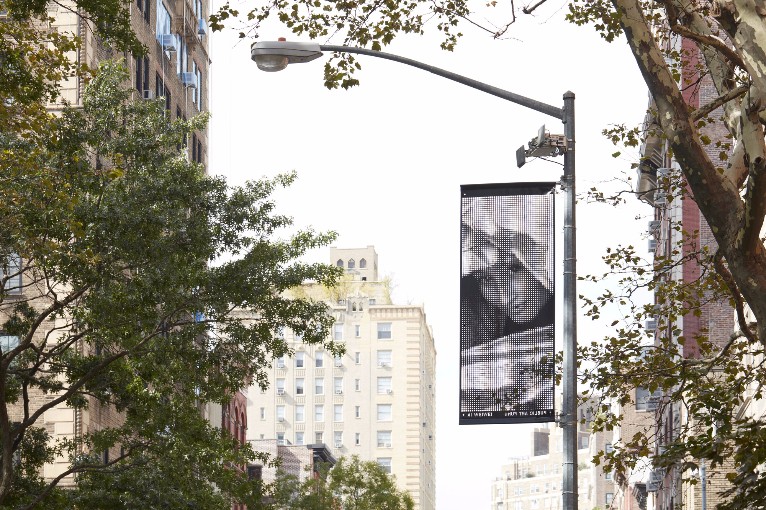 Each of the works grow out of the existing urban infrastructure, using the fabric of the city as its base and drawing attention to the role of the fence in dividing people. In doing so, the artist highlights how this form, ubiquitous yet also potent, can alter how we perceive and relate to our environment.

With both local and global resonances, Good Fences Make Good Neighbors utilizes diverse sites across the city – in locations both iconic and community-oriented – that connect Ai’s personal story as an artist, activist, and immigrant, to the broader history of immigration in New York. These locations also highlight the city as a site for artistic intervention, and the charged socio-political moment reverberating around the world. 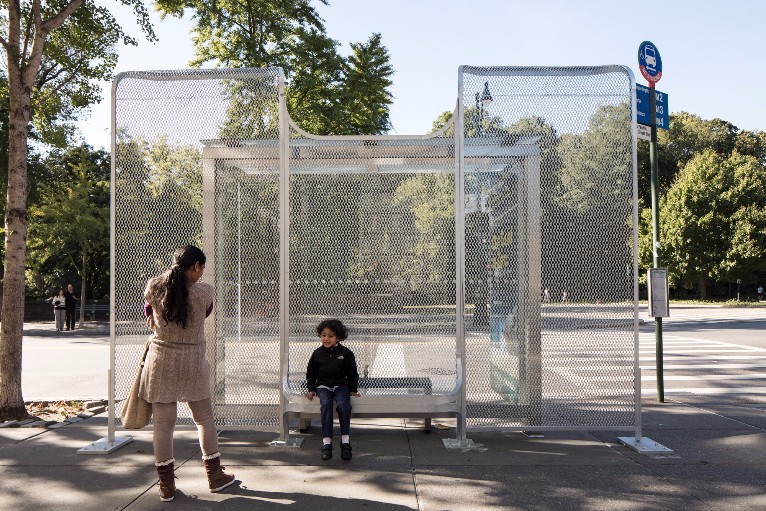