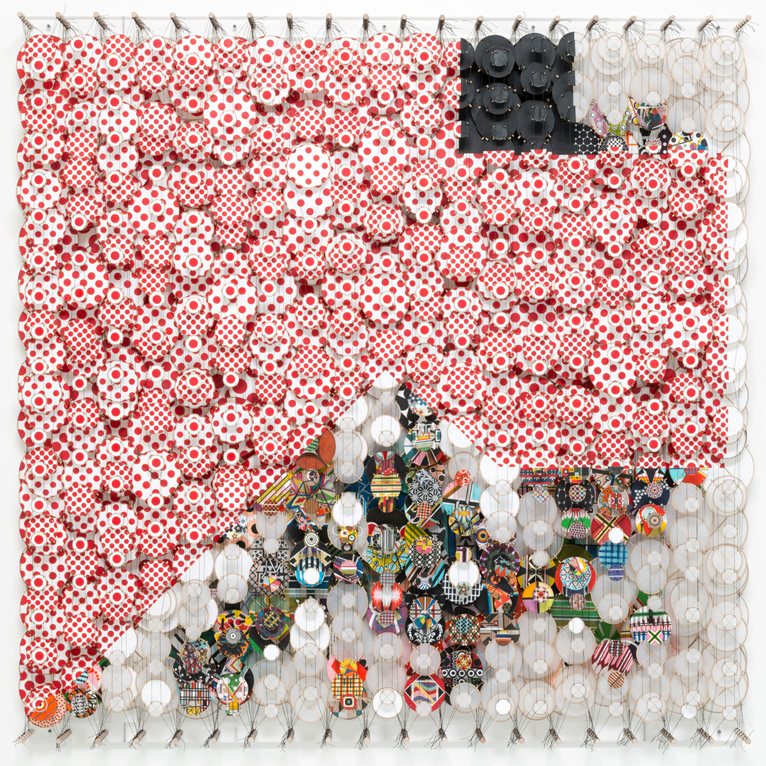 Jacob Hashimoto took part in the Vitruvius exhibition until last March 2nd at Martha Otero Gallery in Los Angeles. His installation was formed by intricately-crafted miniature 'kites' threaded together congeal forming monumental tapestries, alluding to imagery found within analog vistas, video games and other types of early digital displays: references to the 'meta-history' of contemporary art are constantly shifted and misplaced, but somehow found in unexpected permutations. 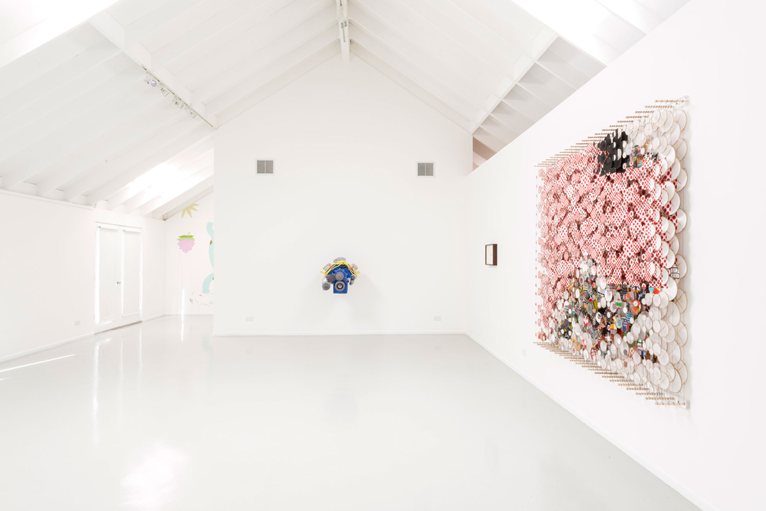 As an architect, engineer, historian and soldier, Vitruvius was an inspiration for artisans and inventors even centuries after his death. He served under Julius Caesar and was sponsored by Emperor Augustus for life. Leonardo da Vinci's most celebrated figure study was named in his honor. 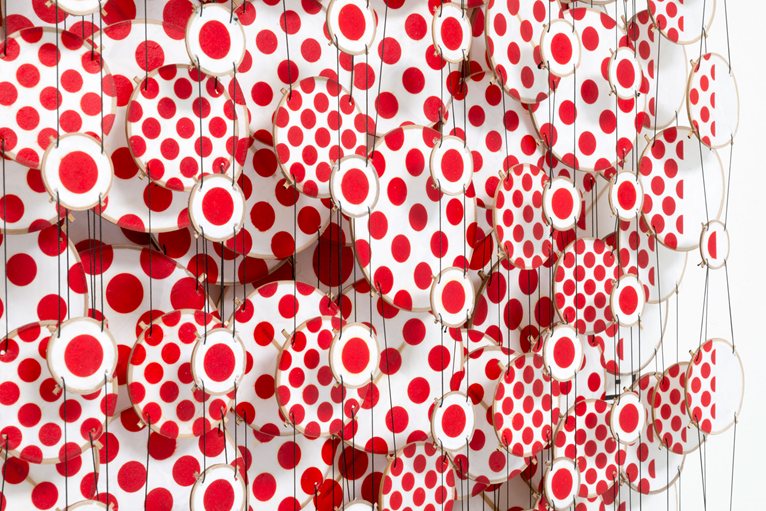 Perhaps one of the earliest examples of a 'Renaissance Man', Vitruvius was and remains a symbol of creativity, strength and foresight. In that spirit, a group of contemporary artists bring their diverse talents to this exhibition. 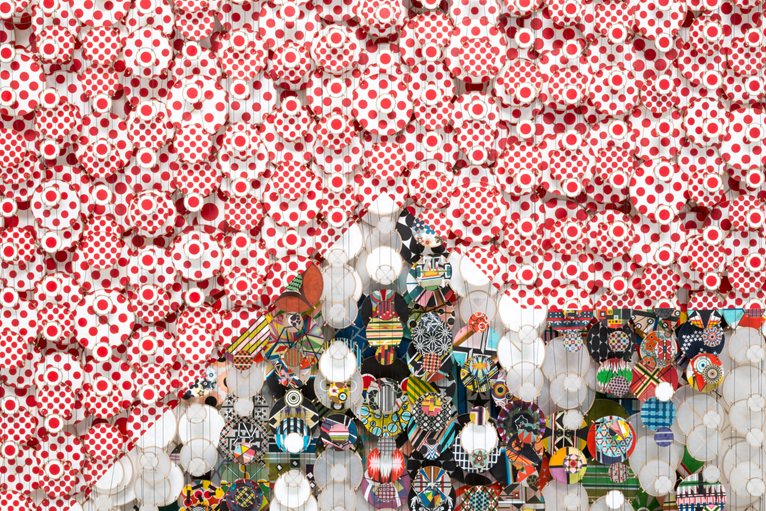 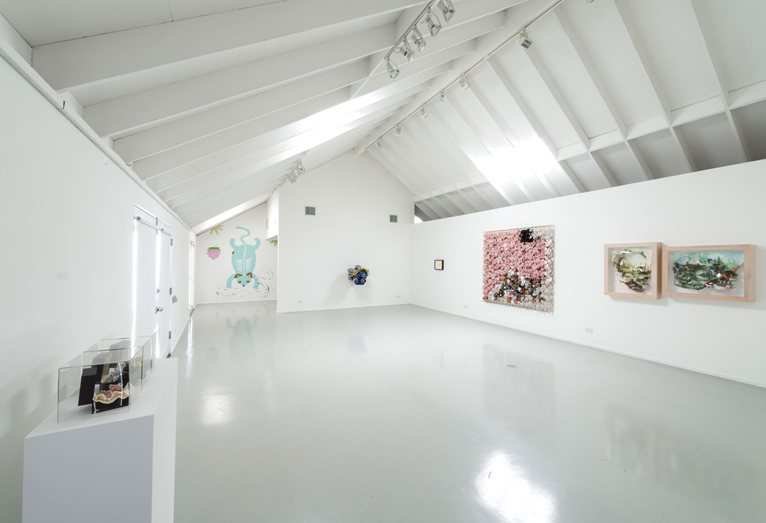 Hashimoto’s artwork embodies his longtime fascination with the intersections of painting and sculpture, abstraction and landscape. Each work is comprised of hundreds of small bamboo and paper kite-like elements. These kite elements are strung together in chains, and layers of these chains are stretched taut between short dowels that project from wall-mounted brackets, creating a densely layered and fragmented tapestry of image or pattern.