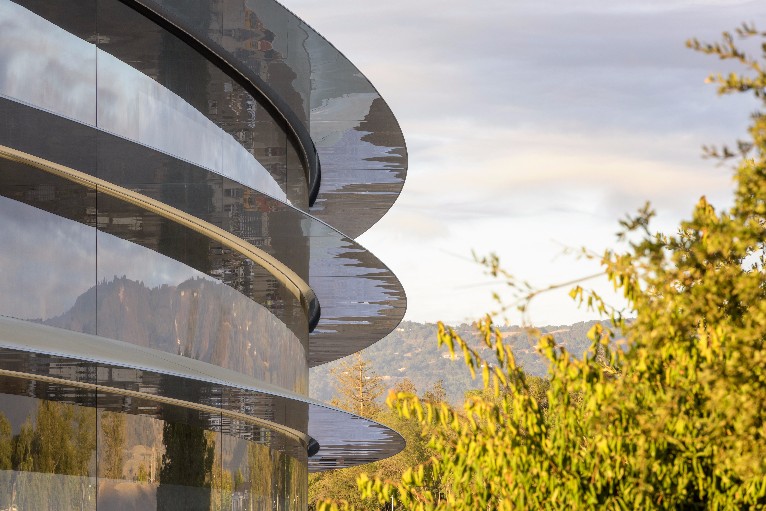 13/09/2017 - The Apple CEO Tim Cook has officially opened the auditorium and events venue at the company's campus designed by Foster + Partners, where yesterday the Apple Event took place.

The Steve Jobs Theater, part of the Apple Park, hosted its first event, during which the tech giant unveiled a variety of products including the iPhone X.

The event inside the new Theater started with a moment of silence for the late Apple co-founder.

The audience was asked to turn off their screens to listen to the recorded voice of Steve Jobs filling the room, telling the crowd it was important for everyone to be “true to who we are.”

Here you can see our selection of the images of the event: 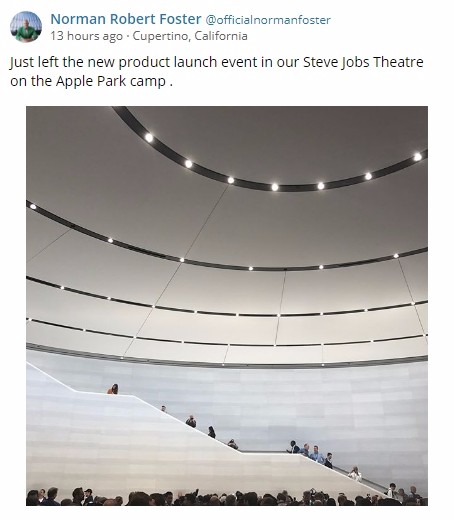 Envisioned by Steve Jobs as a center for creativity and collaboration, the Apple Park is turning miles of asphalt sprawl into a haven of green space in the heart of the Santa Clara Valley. The campus’ ring-shaped, 2.8 million-square-feet main building is covered by the world’s largest panels of curved glass. 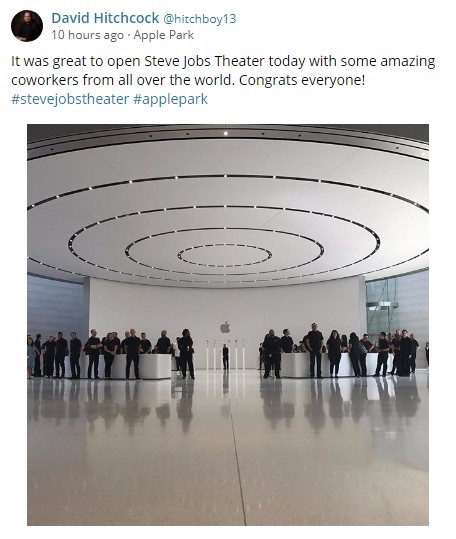 Opening later this year, the entrance to the 1,000-seat auditorium is a 20-feet-tall glass cylinder, 165 feet in diameter, supporting a metallic carbon-fiber roof. 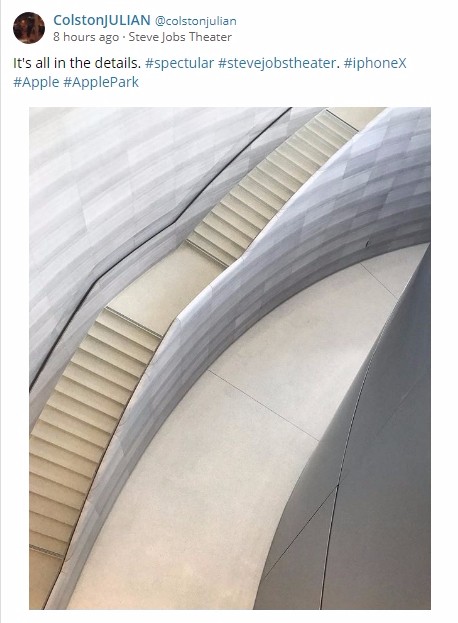 The Steve Jobs Theater is located atop a hill — one of the highest points within the Apple Park — overlooking meadows and the main building. 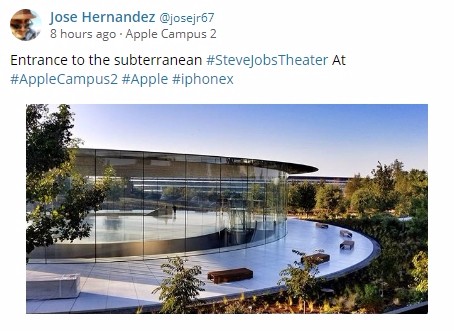 The Apple Park will also include a visitors center with an Apple Store and cafe open to the public, a 100,000-square-feet fitness center for the Apple employees, secure research and development facilities and the Steve Jobs Theater. 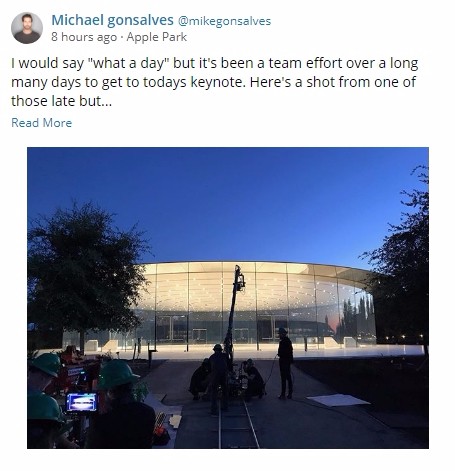 The parklands offer two miles of walking and running paths for employees, plus an orchard, a meadow and a pond within the ring’s internal grounds. 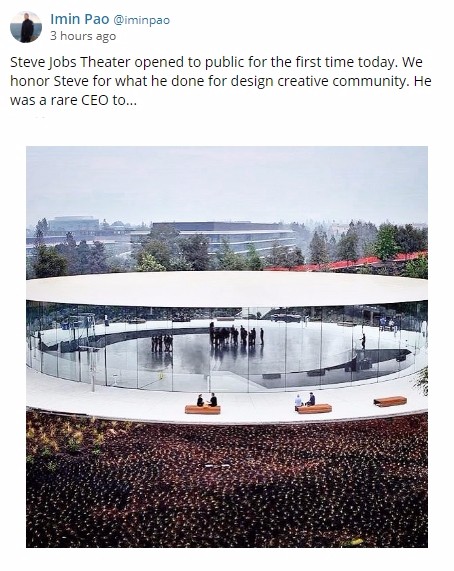 Designed in collaboration with Foster + Partners, the Apple Park replaces 5 million-square-feet of asphalt and concrete with grassy fields and over 9,000 native and drought-resistant trees, and is powered by 100 percent renewable energy. 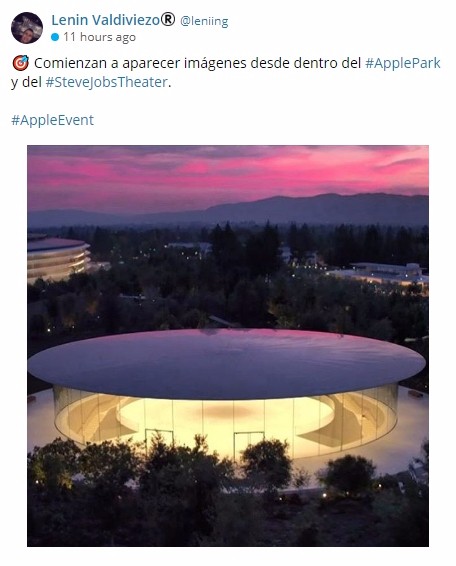 With 17 megawatts photovoltaic system mounted on the rooftop, the Apple Park will run one of the largest on-site solar energy installations in the world. It is also the site of the world’s largest naturally ventilated building, designed to require no heating or air conditioning for nine months of the year.